Harold’s NY Deli
An old-school NY-style sit-down delicatessen serving monstrous portions of all of the Jewish classics. I’m by no means the first to speak the praised of the place – it’s been written about all over the place including in Saveur, the New York Times, as well as a feature on Man vs. Food. And yes, it’s worthy of all of the hype.

For when you feel like shoving more Jewish comfort food down your gullet than should be humanly possible.

I used to go to this place all the time growing up in New Jersey and it’s just as incredible as it always was. Their old-world Jewish dishes can stand toe to toe with all of the heavy hitters and yes, your bubby’s recipes too. It’s got that sort of dingy grandma’s basement aesthetic — there’s something comforting about the atmosphere. And, of course, no one leaves hungry after a trip to Harold’s due to their ridiculously large portions. 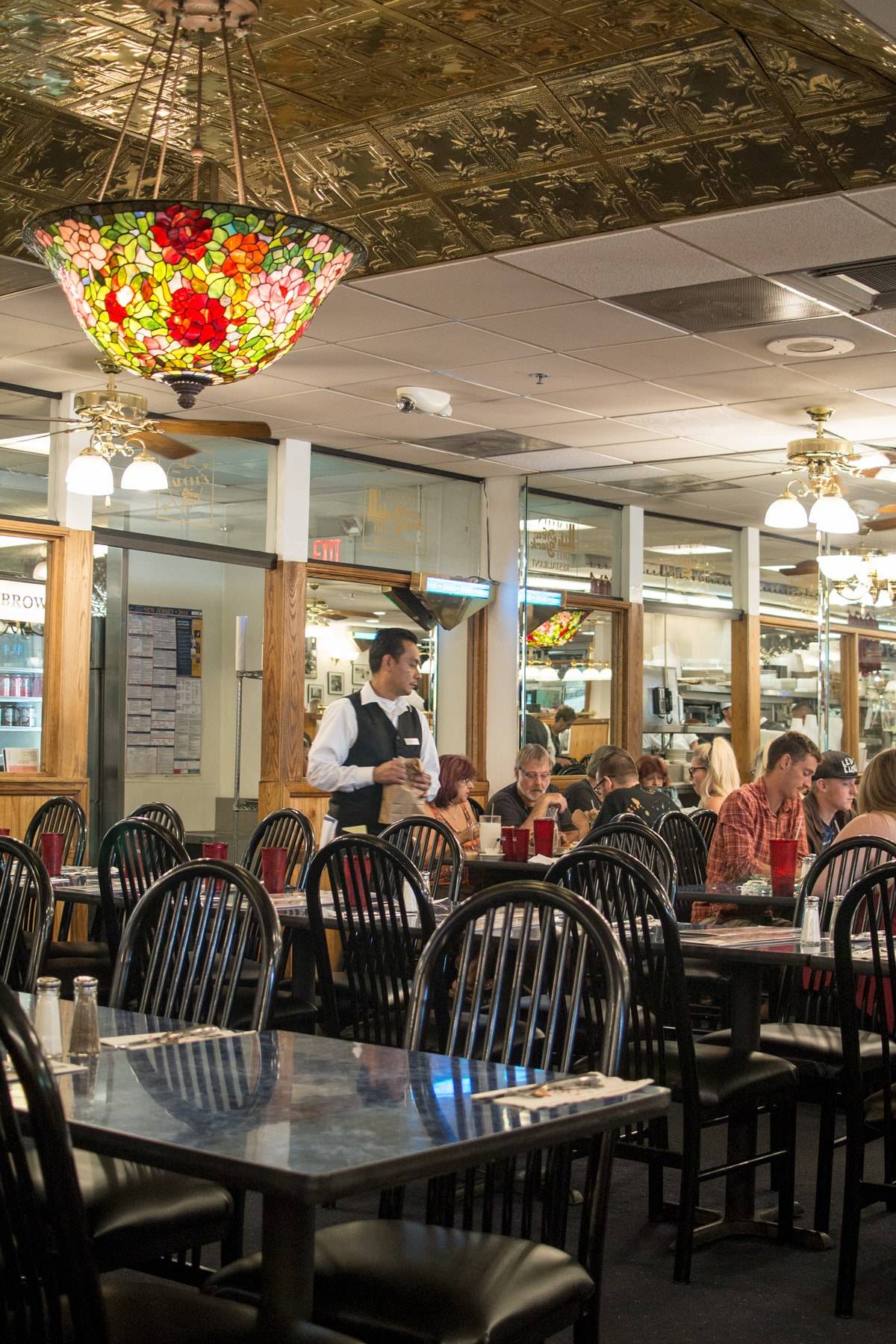 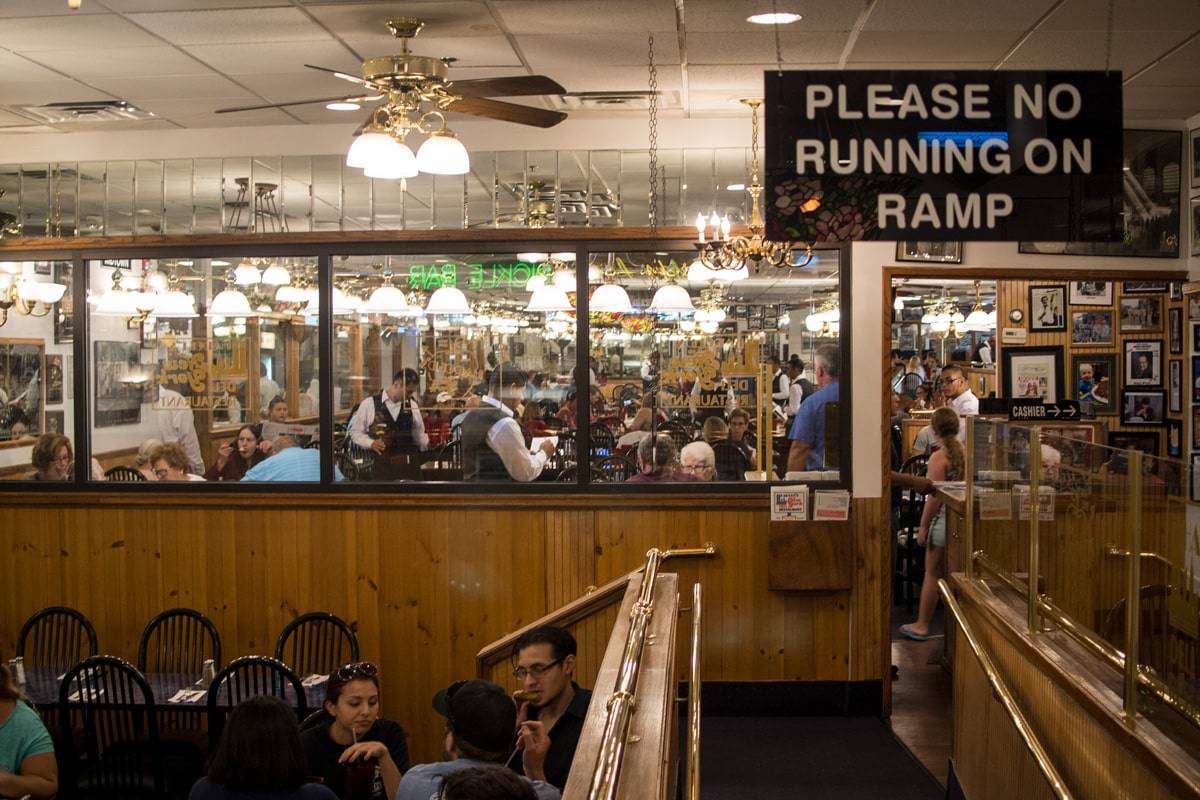 Pickles
Harold’s claims to have the “World’s Largest Pickle Bar” and it’s quite impressive, but not necessarily as visually impactful or massive as you might expect from the title. It’s free to access for all gluttonous patrons and it’s loaded up with a vast variety of pickled goodies including Half Sours, Sours, Kosher Dills, Pickle Chips, Sauerkraut, Sour Tomatoes, Hot Cherry Peppers, and something called “Health Salad” — whatever that is.

This is also where you’ll find a mountain of free-to-take sliced rye bread. Grab a few pickles of your liking (they’re all good) and a few sliced of rye bread (you’ll need those later) and head on back to your table. But, don’t eat too much here, you’re gonna want to save a lot of room.

Kasha Varnishkes ($15.45)
Now, I’ve never been a big fan of this Ashkenazi Jewish comfort food appetizer, but Harold’s rendition is actually damn good — I loved theirs. It’s a carby monstrosity made of bowtie noodles combined with kasha (buckwheat groats) which are fried with tsibelach (onions) with schmaltz (poultry fat). Then comes the brown onion gravy over top. There ain’t nothing healthy about this dish — but let’s be honest, you’re not going to Harold’s to be healthy.

Chopped Liver ($26.45)
I realize this dish isn’t for everyone, but for Jews like me who grew up with the stuff and have a soft spot in their hearts for it, it’s a must-order. Their rendition is mostly smooth and creamy, perfect for spreading onto rye bread or just eating straight with a spoon.

The flavor is strongly minerally and fatty — a quality that I enjoy in my chopped liver. A platter comes as three giant ice cream scoops of the stuff, so there’s plenty to share around. This is for sure another artery clogger, but so worth it.

Batter Dipped Onion Rings ($15.95)
Want a side with your meal? Look no further than their super-crispy, crunchy, deep-fried onion rings. There’s a wonderfully thick crust wrapped around piping hot rings of sliced onion — salty and delicious, just as you’d expect from them.

Large Hot Pastrami Sandwich ($27.95)
This is the real reason you’ve got to go to Harold’s. Their pastrami is absolutely outstanding. Piled high, fatty, smokey, meaty, juicy. It’s everything a pastrami sandwich should be. It comes in two sizes, large and extra large — the large was more than enough to fill a family of four (with leftovers). This is also why I recommended grabbing some slices of rye from the pickle bar — there’s always way more meat than the initial pieces of bread can handle.

Pro-tip: Spread a hearty schmear of chopped liver on one piece of rye, brown mustard on another, and layer up a nice stack of sliced pastrami between the two. Revel in the decadence.

Desserts
And I’ve just got to give a quick shoutout to the desserts. To no one’s surprise, these are equally as oversized as their other offerings and it’s hard to go wrong with anything. Whether you feel like an 8-inch tall slice of New York cheesecake, or a football-sized eclair, or a fist-sized rugelach, you’re gonna leave happy and full. 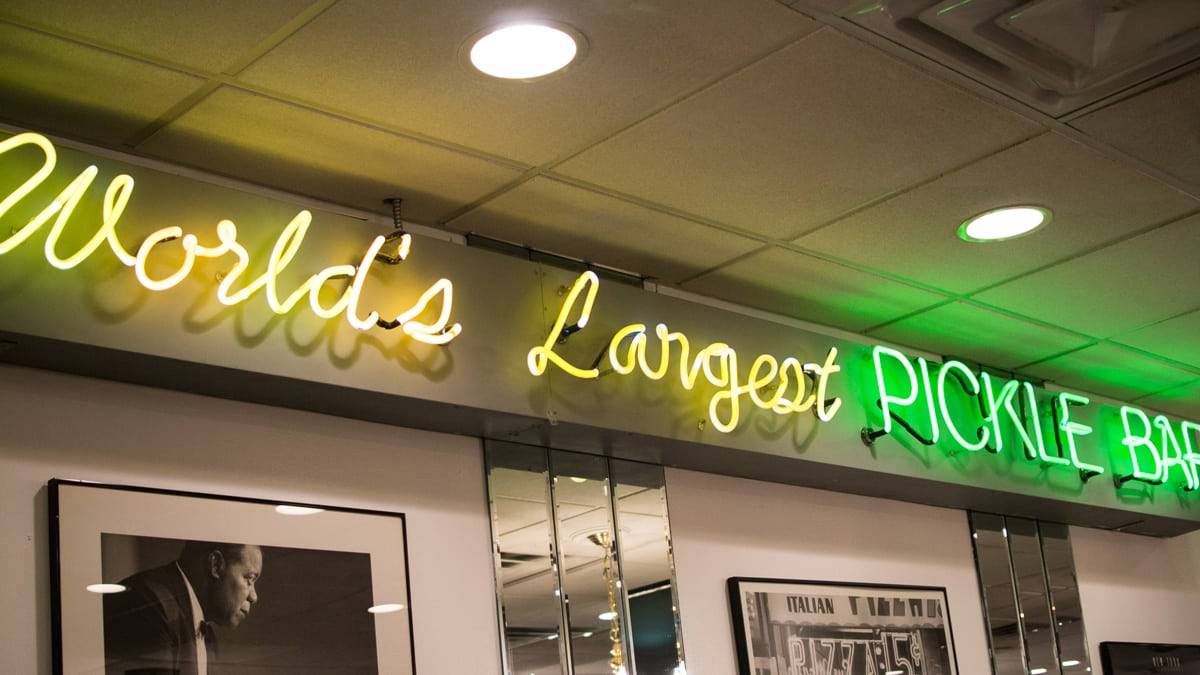 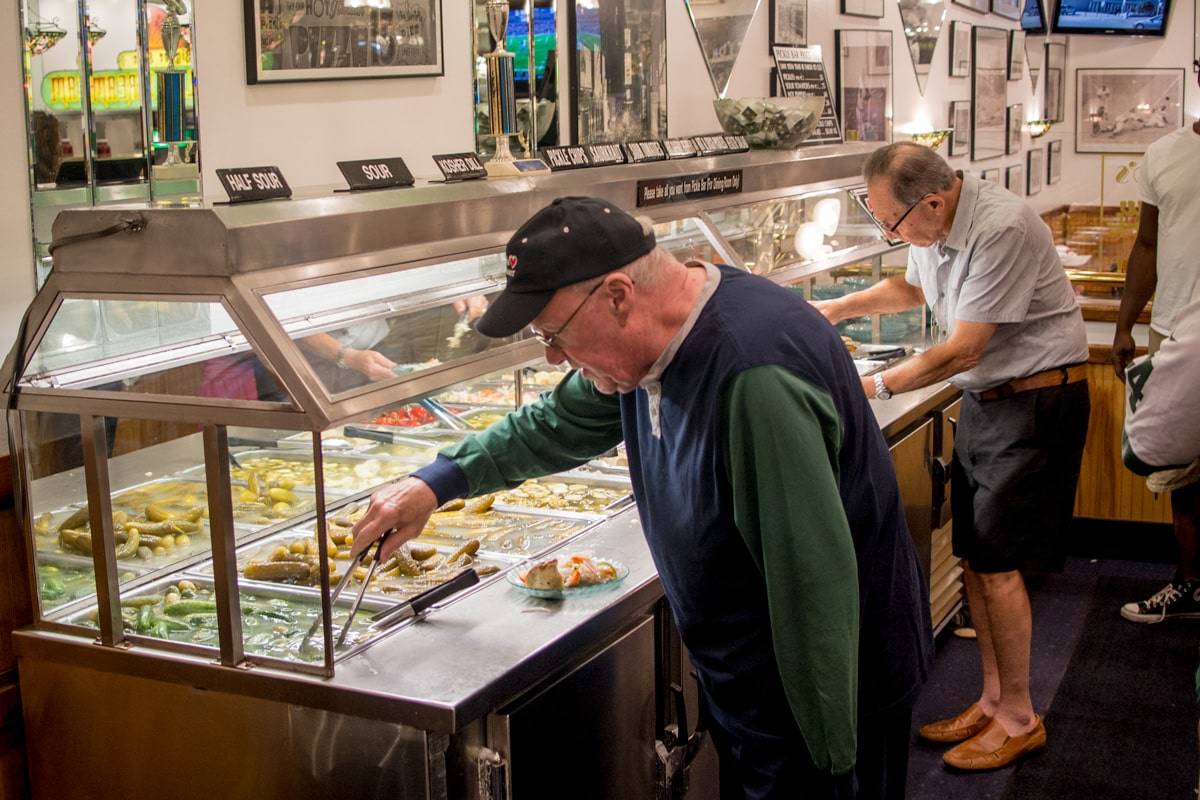 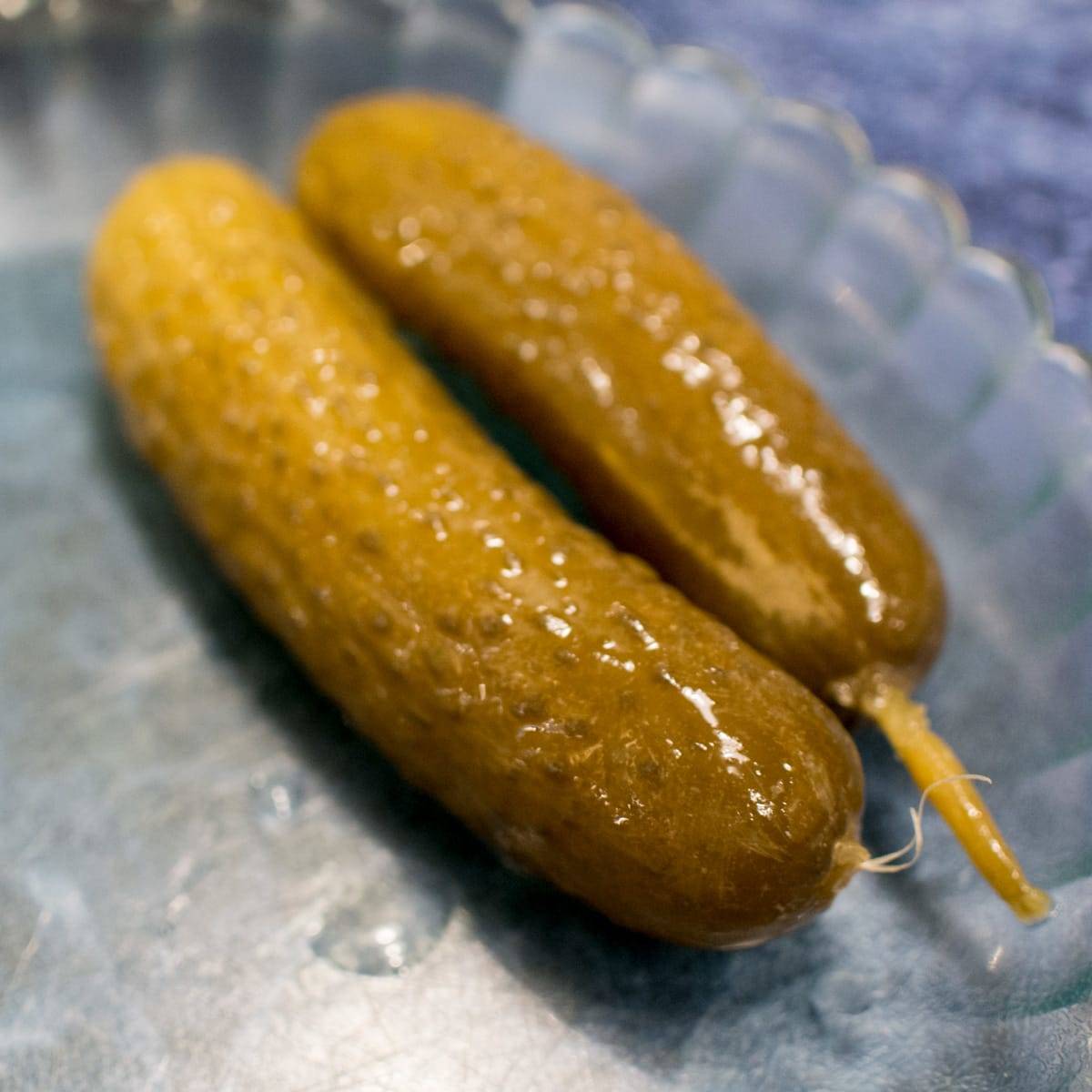 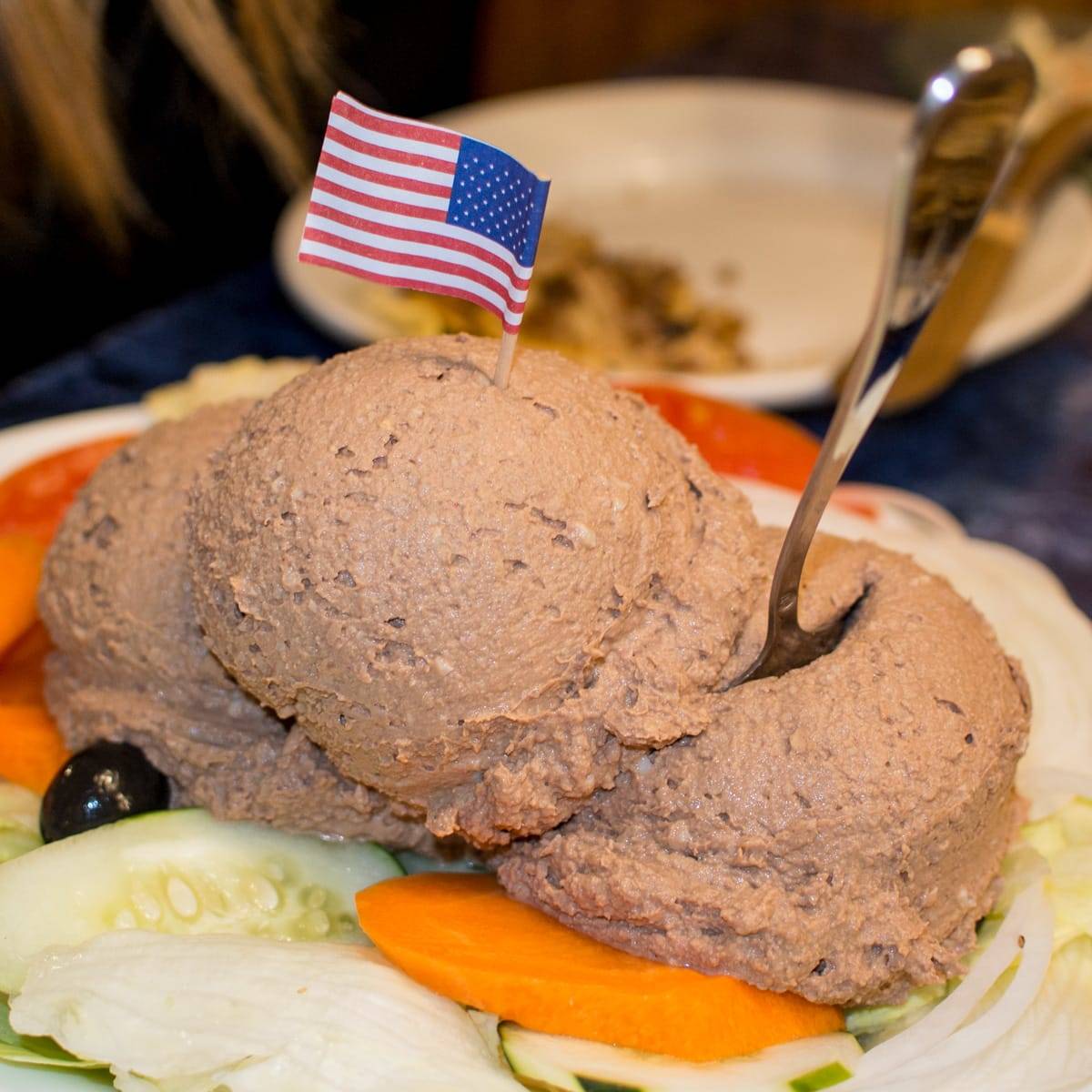 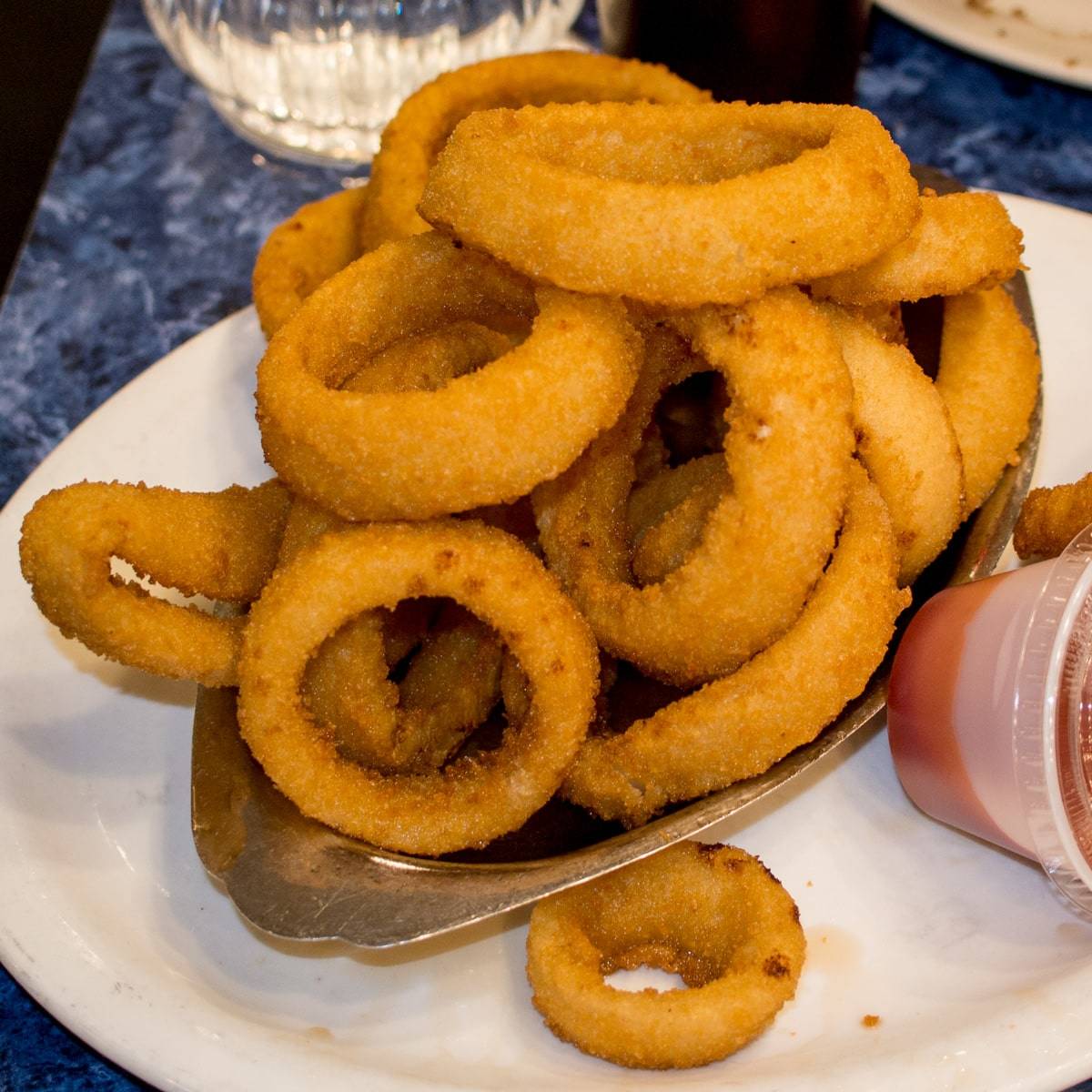 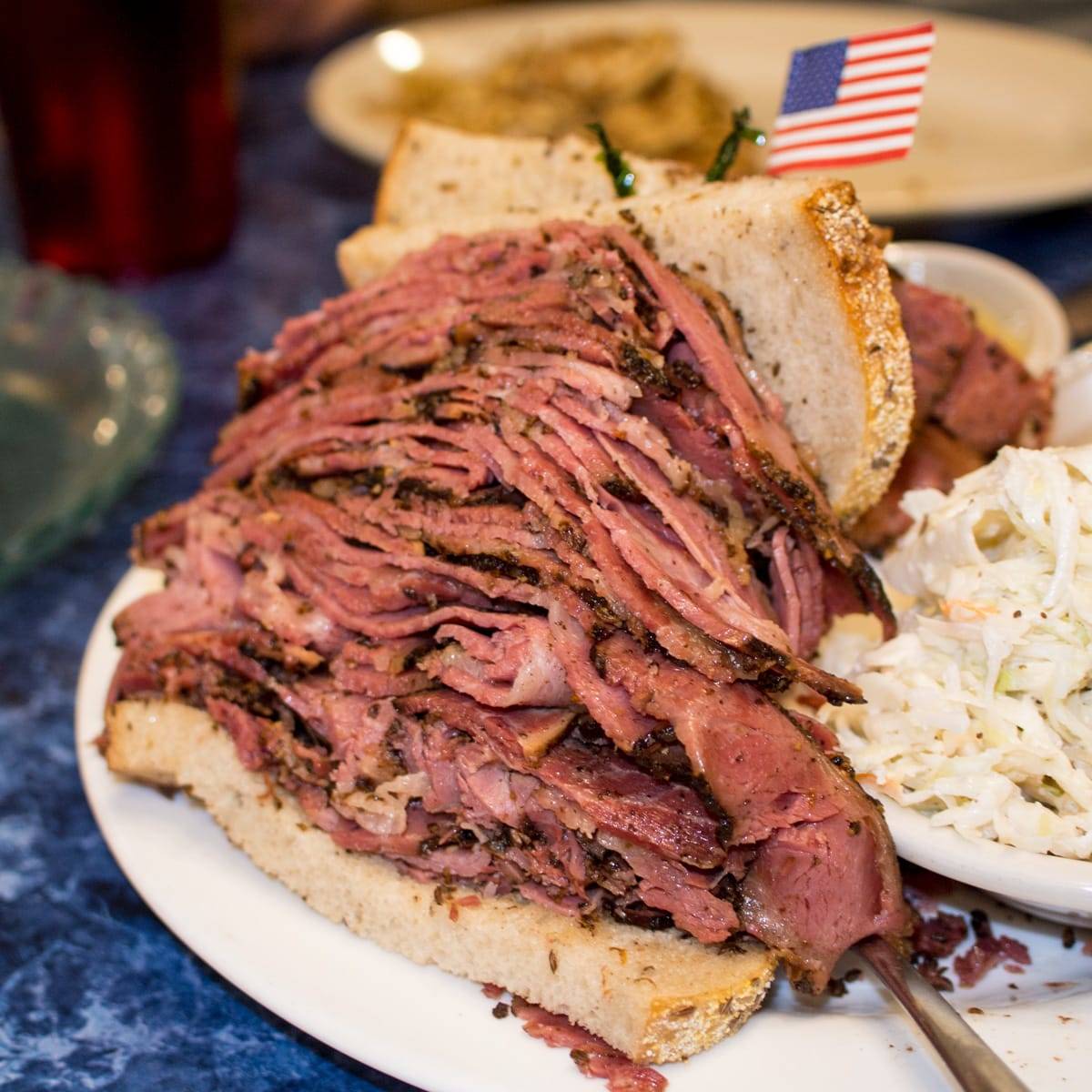 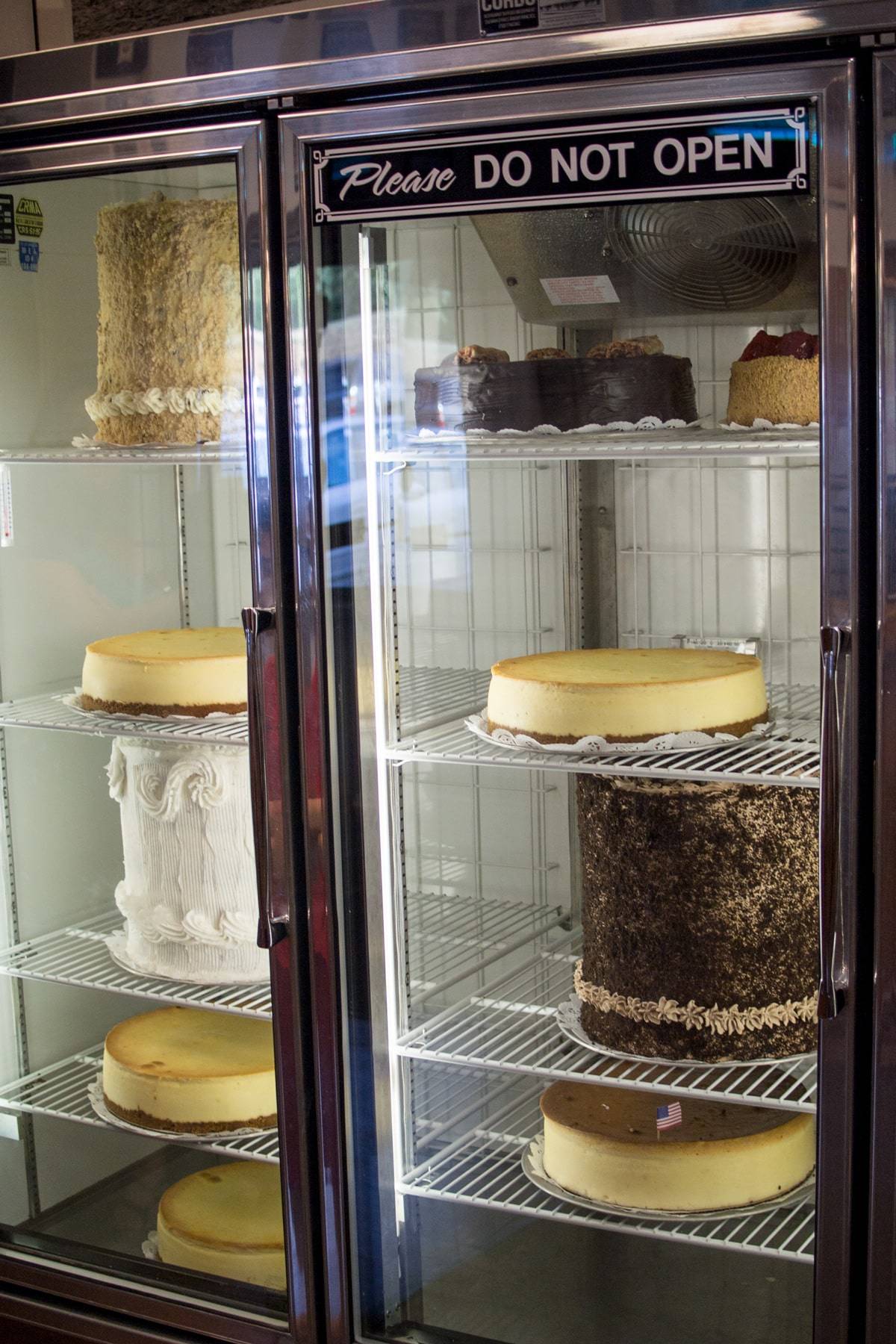