NOLA
@NOLARestaurant
One of three Emeril-owned restaurants in his hometown of New Orleans. The menu is full of Cajun classics, with plenty of unique twists to keep things interesting.

A first name is all he needs: Emeril. The dude is a legend and one of the major pioneers in food television. He has somehow managed to stay both very relevant and lovable over all of these many drastically different years.

Perfect for a cautious New Orleans first-timer’s first foray into Cajun cuisine. The menu is quite accessible, but everything is still executed really really well. There’s also plenty an experienced New Orleans eater can find to love at NOLA too.

Bam! Despite the level of fame that Emeril has achieved, there’s no denying he’s left quite an impressive culinary legacy on his New Orleans restaurants that clearly remains alive and well today. I’ll admit that I expected a touristy, watered-down take on Cajun classics.

But, I was overjoyed to find that his restaurant was serving expertly prepared traditional dishes along side a few totally unique preparations I had never even heard of being attempted elsewhere. The decor is elegant and charming with plenty of warm wood tones accented by stereotypically yellow, purple, and green flags with an open kitchen that allows you to watch all of the cheffy-action. 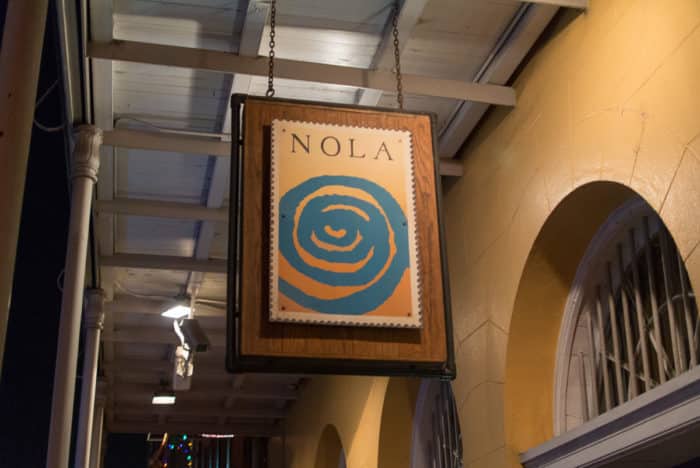 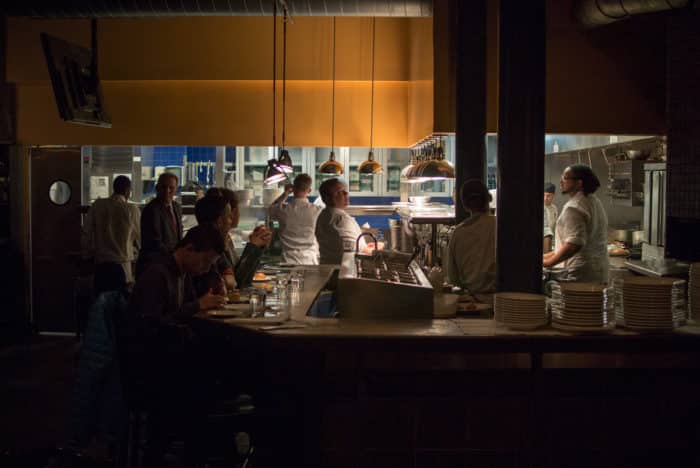 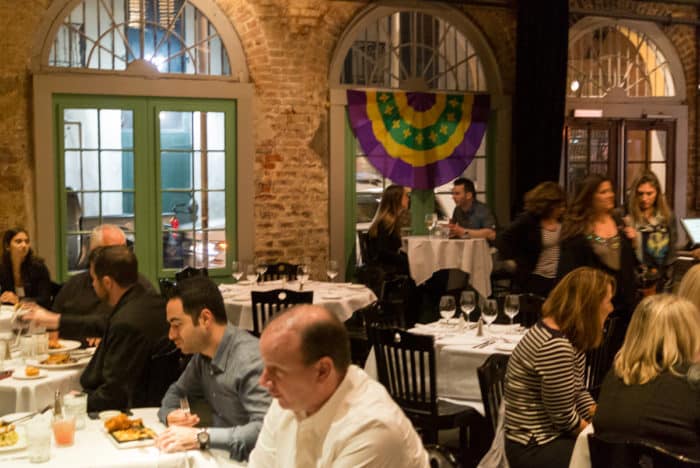 Sazerac
A New Orleans classic, done very well. I love the way the herbal anise flavor played with the whiskey, but I never really understood why this drink always comes served in a smaller portion than say a Manhattan.

Double-Barrel
Another bold whiskey drink, served on the rocks with two maraschino cherries. Quite strong and well-made. Very similar to a traditional Old Fashioned. 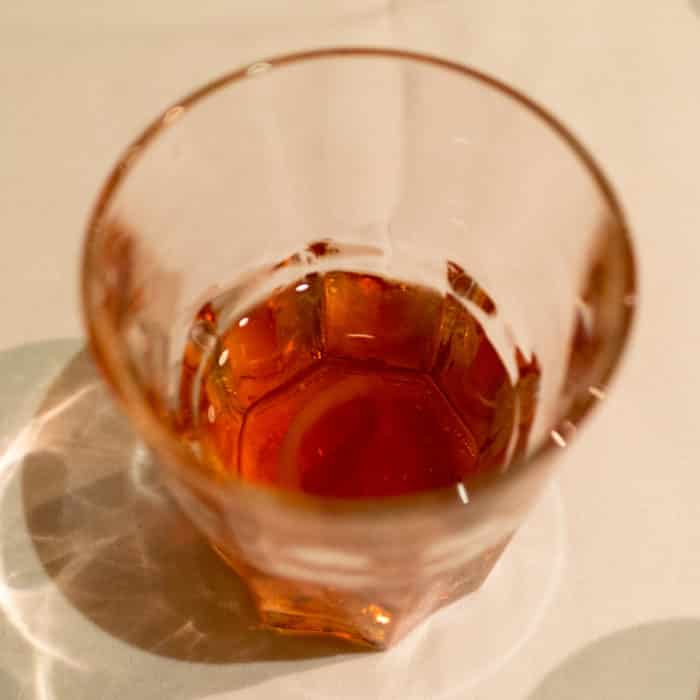 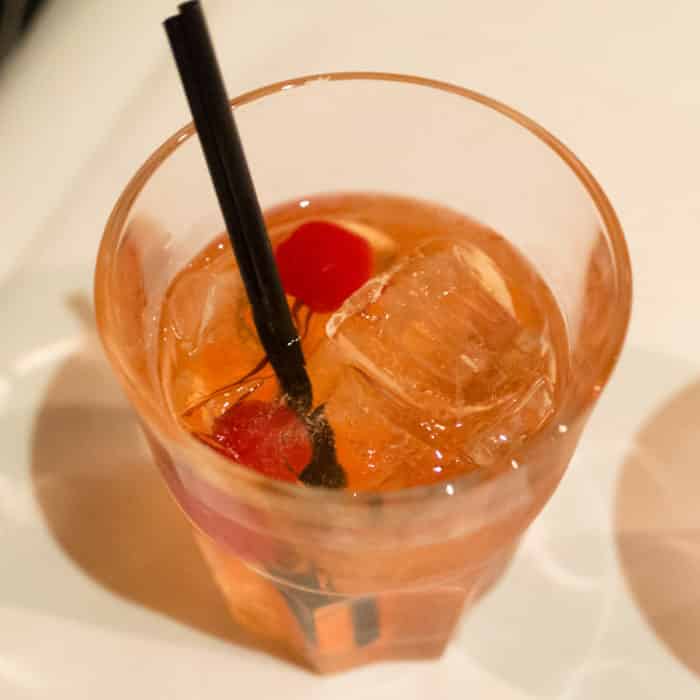 Brioche and Jalapeño Corn Bread
Complimentry bread sevice. Very fresh. Loved the sweetness of the brioche and the spicy bite of the jalapeño.

Miss Hay’s Stuffed Wings
Not necessarily bold flavorwise, but this dish was totally bizarre — in a really good way. I’ve never had or heard of anything like it. They take a full chicken wing, debone the thicker, upper-half and stuff it full of all sort of goodies including shrimp, pork, and glass noodles. It’s sort of like an eggroll filling inside of a chicken wing. Yep, an eggroll wrapped with juicy fried chicken in an Asian-inspired dipping sauce. This is a must-order.

Burrata Salad
What’s not to love? Big, thin-sliced of super-fresh, smokey prosciutto along with a massive portion of creamy, milky burrata along with some greens, grilled bread, and some sweet fruity apricot preserves. They were kind enough to divide this dish into two separate platings for us to share, so the photo you see is merely a half-portion.

Chicken and Andouille Gumbo
The word at our table: pretty darned good. But, paled in comparison to the epically bold version at Herbsaint.

Grilled Pork Chop
A mammoth hunk of meat. Grilled really nicely — cooked all the way through, but still quite juicy. The highlight of the dish, though, was actually the super-sweet sweet potato cubes. They were absolutely outstanding.

Hickory-Roasted Duck
Really well-prepared duck entree. Again, they were kind enough to split the massive portion of duck across two separate plates for us — very much appreciated. The meat was very tender and the skin was bold, flavorful, and crackly crisp, but the best parts of this dish was actually the sweet, candied pecans and flan-like corn pudding. The corn flavor in that pudding was just so magnificently intense. And all of the elements in the dish came together really well.

Crème Brûlée Trio
Coconut with coconut truffle, mocha with chocolate-almond biscotti, and vanilla bean with fresh berries. All three were outstanding with a nicely caramelized top crust. Each flavor profile was beautifully expressed and the fresh accompaniments were a perfect pairing. 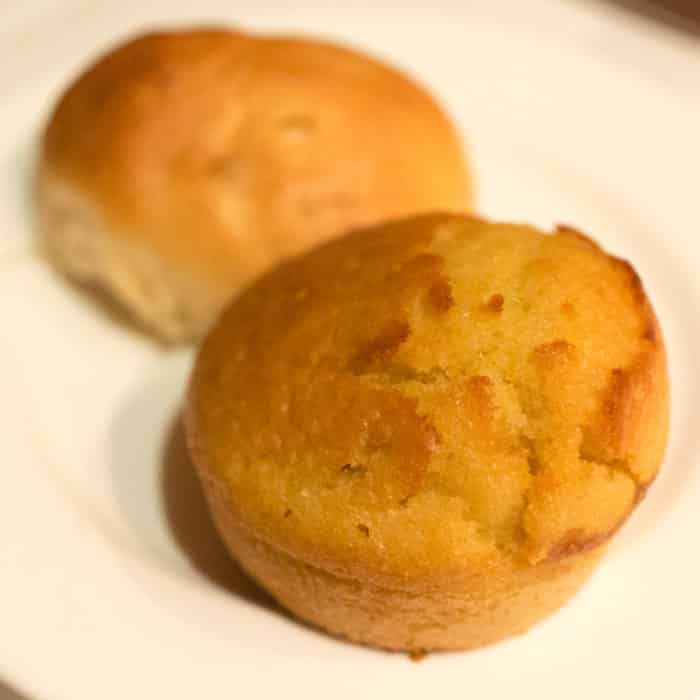 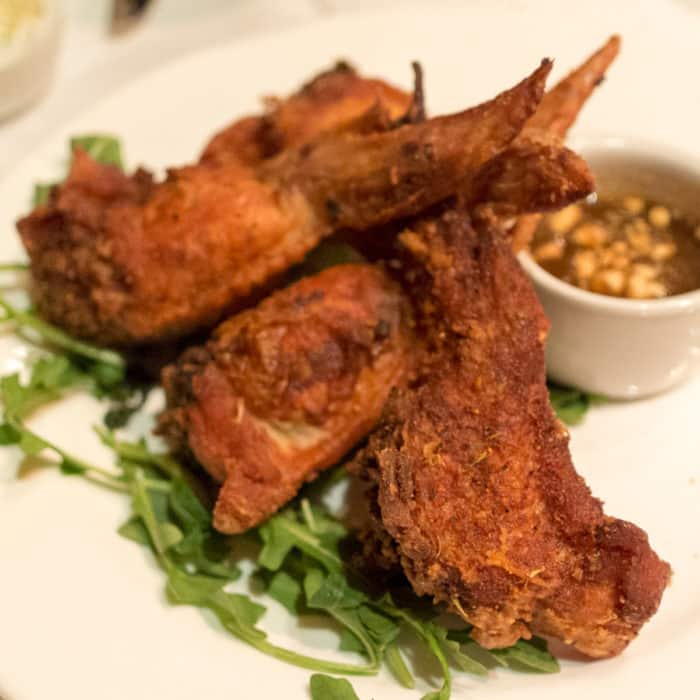 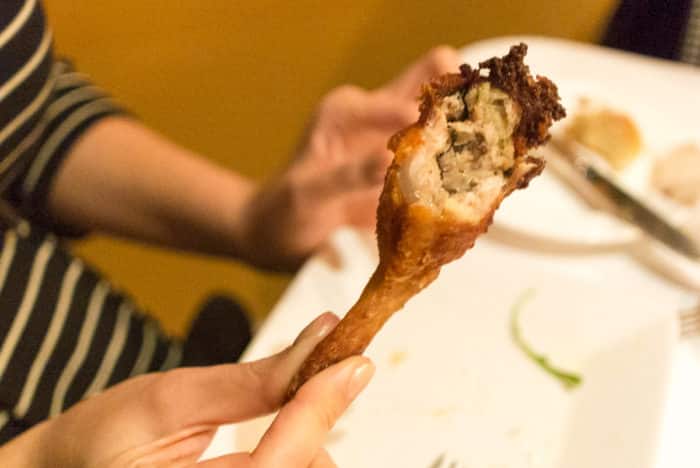 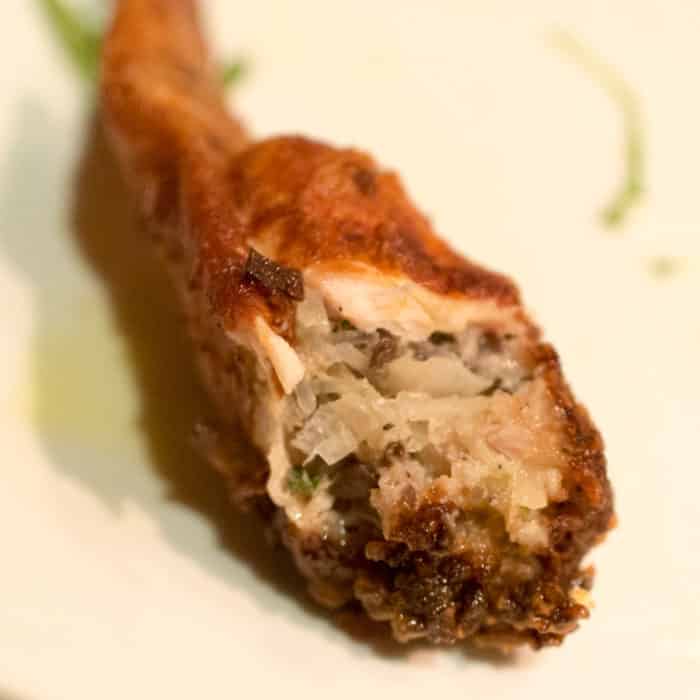 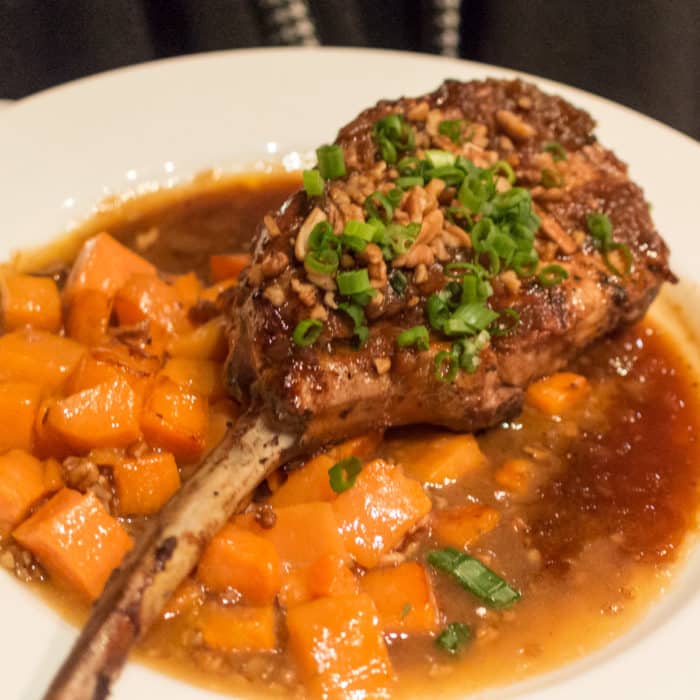