Can someone please explain to me why Austin is utterly overflowing with ridiculously good breakfast tacos and I can barely find expensive, passable versions anywhere else in the country. I mean, it’s not like San Francisco isn’t loaded with cheap and amazing Mexican joints and they certainly know how to put a great taco together. It’s a mystery that I don’t know if I’ll ever solve.

In any case, whenever I’m in Austin, I always make sure to get my fill. And on my most recent visit, I checked out a really highly regarded spot I’d only recently become aware of called Veracruz All Natural. Since Austin’s food truck scene is so renowned, It should come as no surprise, but these tacos came from a trailer — or more accurately a school bus that’s been converted into a fully-functioning kitchen.

This increasingly well-known spot is situated in formerly rough and tumble, but quickly gentrifying part of town known as East Austin. There’s a very large Mexican and Latin American population probably due to its proximity to Highway 35, aka the incredibly long thruway that goes from Mexican straight through the US all the way up to Canada. And where there’s lots of Mexicans, there’s bound to be lots of Mexican food. And in Austin, that means breakfast tacos abound.

In a former life, this spot serviced only locals, but these days I think the secret is completely out. Now, young, white yuppies in trendy shades and flip-flops flock to this outdoor taqueria on a daily basis to indulge in some super-legit and very cheap Mexican fare. I’m not sure this new-wave crowd is a good thing, but at least it keeps business flowing. 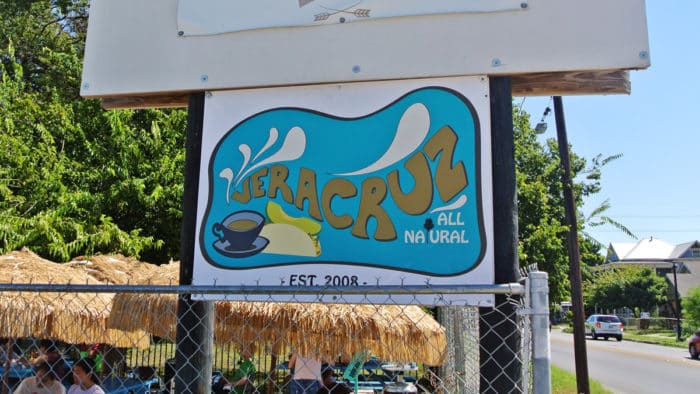 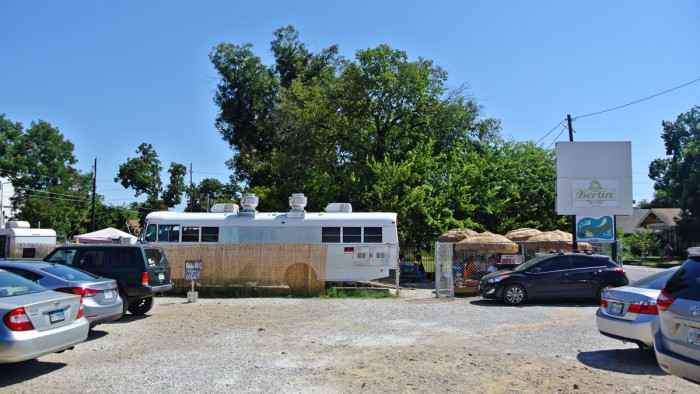 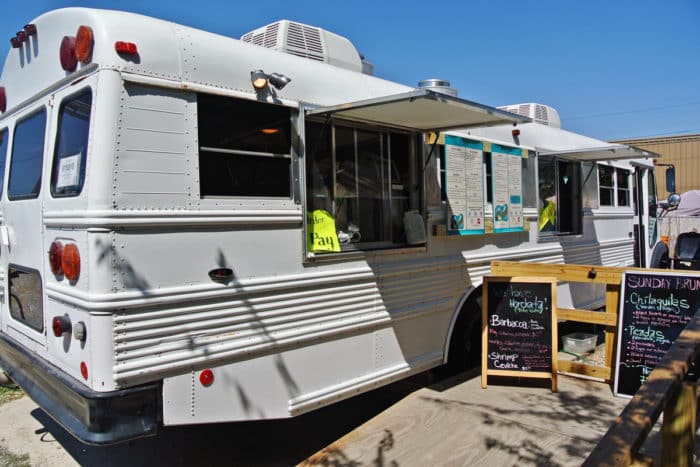 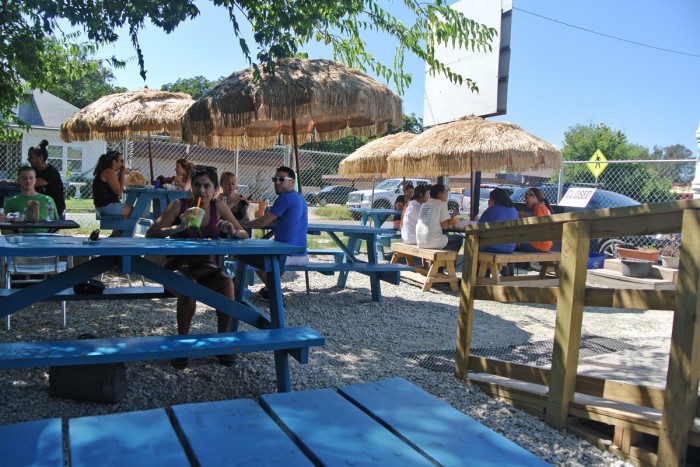 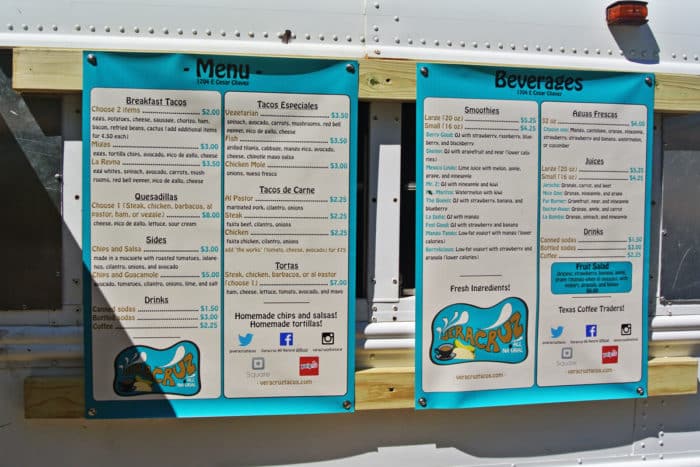 Outside of Austin, if you can even find breakfast tacos, you’ll likely find that the portion is very skimpy — often requiring somewhere between three and four tacos to fill up depending on your appetite. But, here at Veracruz and pretty much anywhere else in Austin, two should be plenty big and filling to call it a more than satisfying meal.

Still, we noticed that the menu was offering Chips and Guacamole for a mere $5 and had every ingredient listed out of the menu (avocado, tomato, cilantro, onion, lime, and salt), so we just couldn’t resist getting an order to accompany our foil-wrapped tacos duos. Clearly they make the stuff fresh by hand, otherwise they likely wouldn’t bother to name each of the requisite elements. The hot, well-salted tortilla chips were outstanding and acted as the ideal vessel to scoop up the thick, chunky, flavorful, high-quality guac. Yeah, this was the real deal. 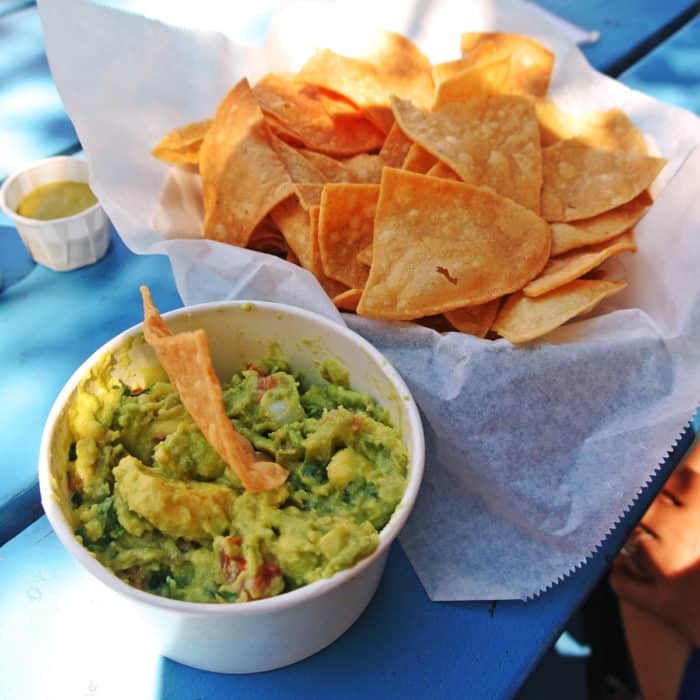 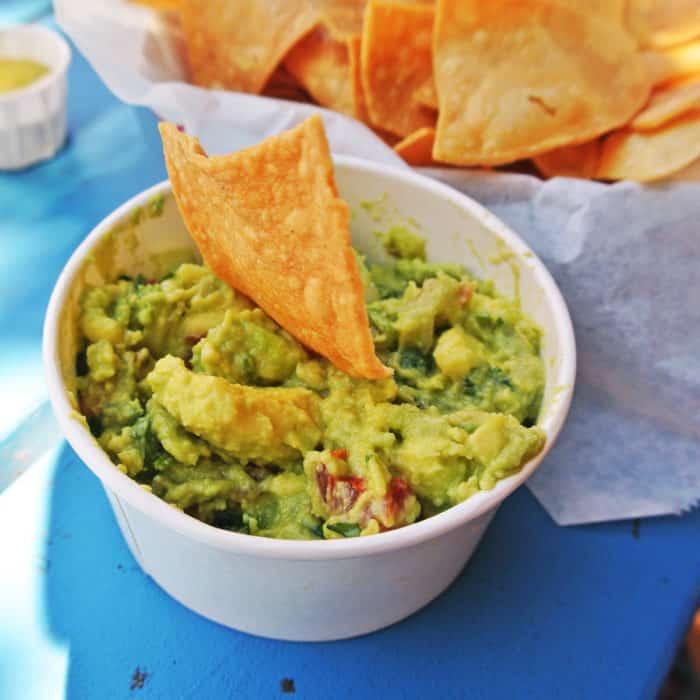 Although I went to Veracruz seeking breakfast tacos, I still felt the need to explore beyond with their other just-as-highly-regarded options. First, a Fish Taco made with grilled tilapia, crisp cabbage, tropical mango pico, sliced avocado, shredded cheese, and chipotle mayo salsa.

For $3.50, the quality of the fish was impressive. The portion, fresh flavors, and execution were equally as spectacular. This taco would be a great buy if you’re feeling fish, though my heart tends to flutter for meatier taco varieties. 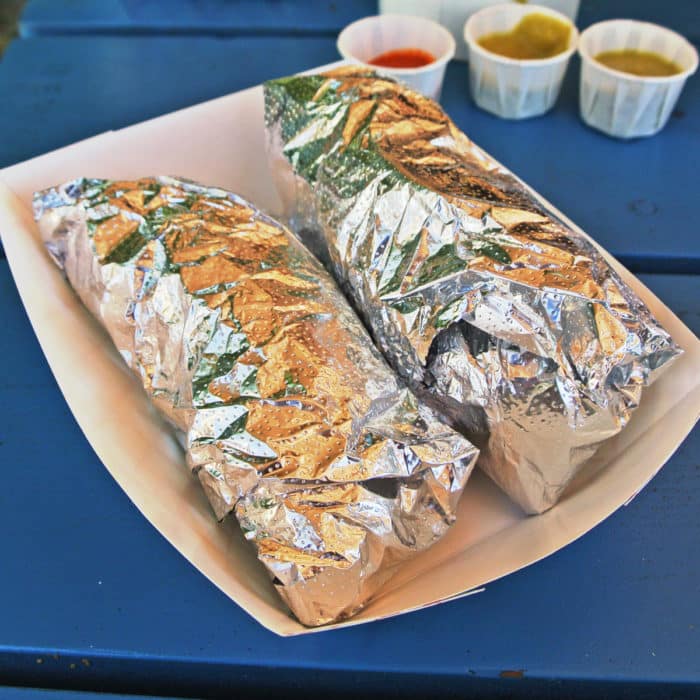 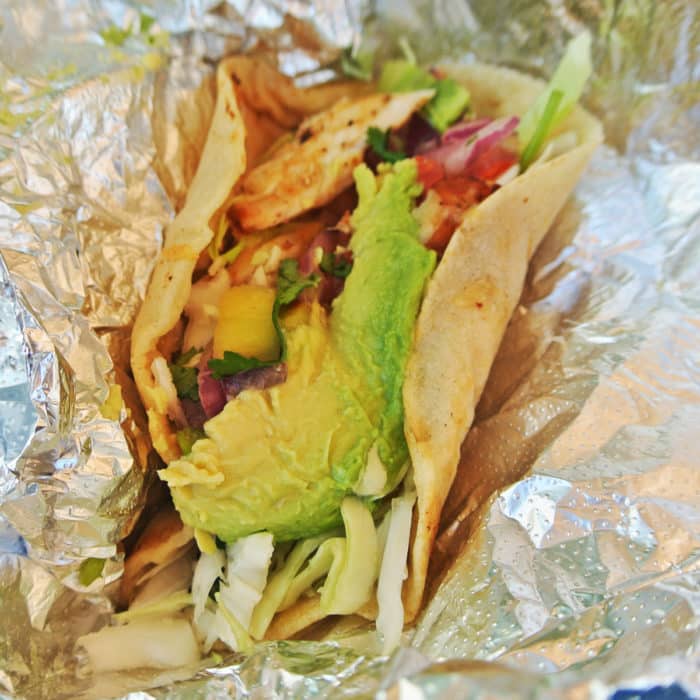 And now we’ve finally reached the point in my story where we talk about breakfast tacos. The Chorizo, Egg, and Cheese Breakfast Taco was fully loaded with crumbled chorizo-studded fluffy eggs. I’m a sucker for anything involving great chorizo and at only $2.50, I’d say this was a must-buy. No complaints here. 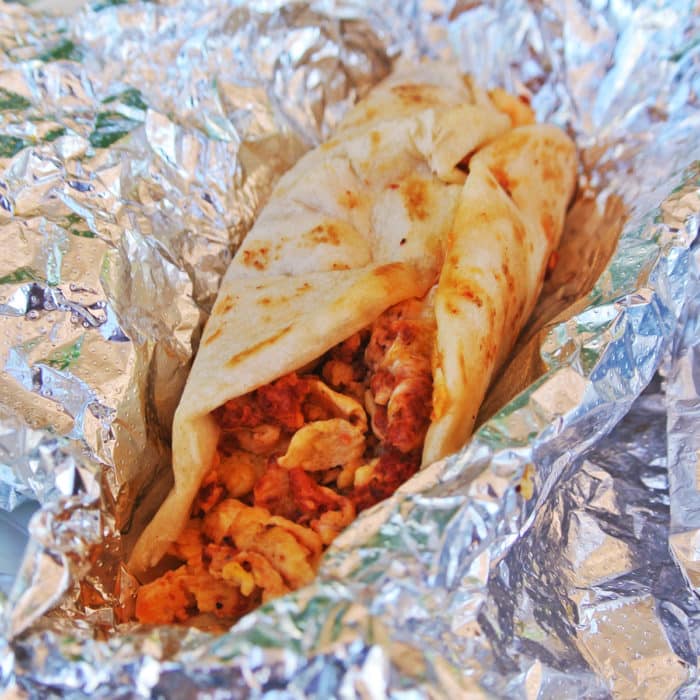 Amy also went for a Chorizo, Egg, and Cheese Breakfast Taco, but just like at Tacodeli, where we found that a non-breakfast item was the most essential dish to order for breakfast, her other selection led us to a similar conclusion. It was on the specials board, so I don’t think it’s always offered, but if they do happen to be serving their Barbacoa Taco, you absolutely must GET IT.

The super-tender, shredded goat meat was spectacular. Every overstuffed bite aggressively burst with a juicy explosion of Mexican flavor that was embraced by a funky, gamey undertone. The chorizo breakfast taco may have been great, but this one was absolutely incredible. Clearly, they know exactly how to handle goat meat here. 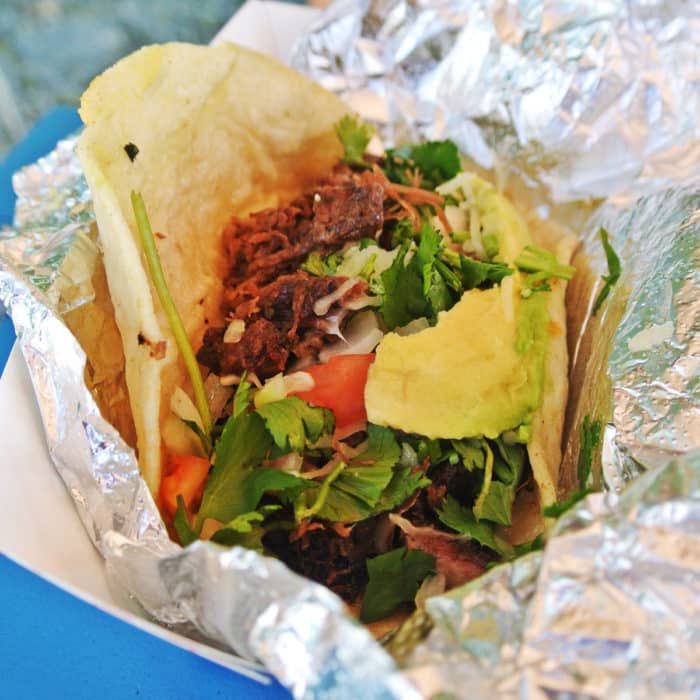 In conclusion, even with Vercruz All Natural’s simple food truck style digs, they still serve some of the best tacos — breakfast and beyond — that Austin has to offer. I’m convinced that these will stand toe-to-toe with whatever taqueria you claim best. Whether you’re in the mood for meat or seafood, it’s hard to go wrong with any order here. Just get yourself a pair of tacos and enjoys crushing them under the Texan sun with a big smile on your face. You’ll still have plenty of cash left in your pocket and you’ll know exactly why I’ve sent you here.

Got another killer breakfast taco spot in Austin that I should check out? Let me know in the comments below.