There I was, seated inside of a gold-painted shipping container, face-to-face with a live-streaming 23-year-old girl in Havana. What in the world should we talk about? First, names. Then I quickly learned that she — just like me — studied to be a graphic designer and had just finished her studies at university. We talked about what inspires us creatively — she loves to draw detailed flower patterns in pencil — and told me that there are many opportunities for design employment in Havana. We spoke about our cities and transportation — she was really curious if I knew how to drive (yes), if had a car (yes), and was really interested to hear about how I use it in my everyday life (really only to leave the city). She made Havana sound very compact — apparently, buses and walking are the most common forms of transportation. And totally unsurprisingly, our conversation ultimately led to food.

So, what is this magical portal? Well, it’s a literal shipping container that’s connected to audio/visual equipment, linked directly to another container in a foreign country. It was created by a young, well-intentioned company offering San Franciscans the opportunity to spend 20 minutes video-chatting with an equally as curious person in either Cuba, Honduras, Mexico, Afghanistan, or Iran. This particular portal is situated right in the heart of Hayes Valley, literally sandwiched between Biergarten and the totally magical liquid nitrogen ice cream shop, Smitten. Thought it publicly launches today (Friday, September 5th 2015), I’m pretty sure my pre-launch visit made me the first person in San Francisco to actually experience this wormhole to Cuba. And since I was the first, I didn’t really know what to expect. There were no real rules, no guidelines — just a big, dark room with a huge screen with a person projected on the wall in front of me. You can read more about the project over on Hoodline and you can sign up to experience the magic for yourself on their official site. So, given this unusual opportunity to spend 20 minutes talking to someone from a completely different part of the world, would you spend your time differently than me?

Anyway, back to the topic of food and what we talked about. The first question I asked was if she cooks or dined out often. She excitedly told me about how she loves to cook, but to my surprise, she wasn’t talking about Cuban classics like Ropa Vieja or Picadillo. Her favorites, of all things, are Italian pasta and Indian curry. “But, what about Cuban food?” I inquired. Her face lit up, displaying her affection for the food of her homeland as well, but clearly, the exotic imports of spaghetti and tikka masala got her far more excited. And just like that, our time was up! She left the portal with linguine on the brain and I of course left with an intense yearning for crackling lechon with a mountain of rice and black beans. 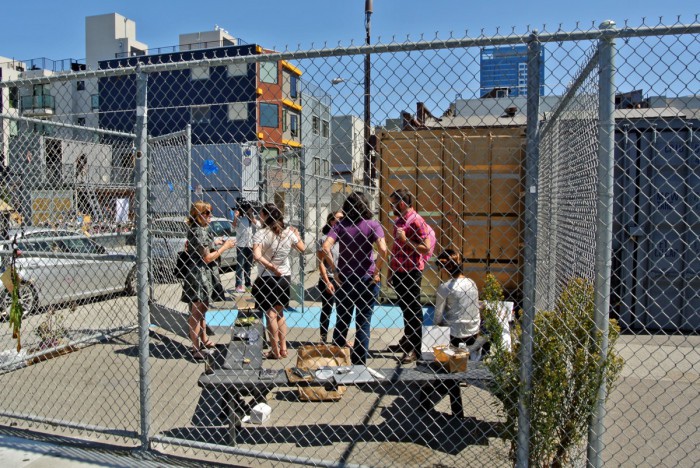 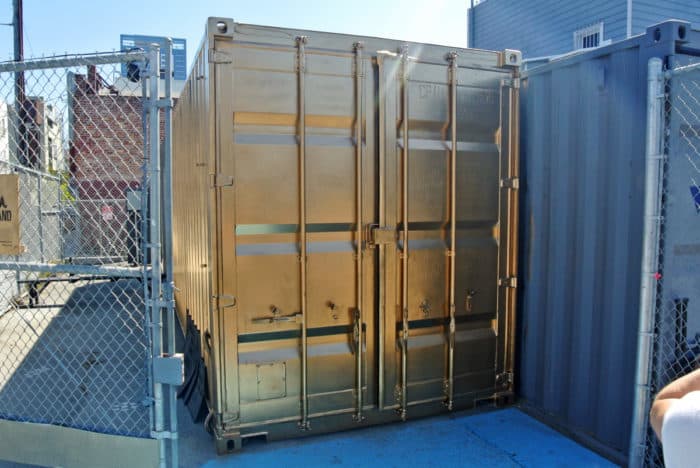 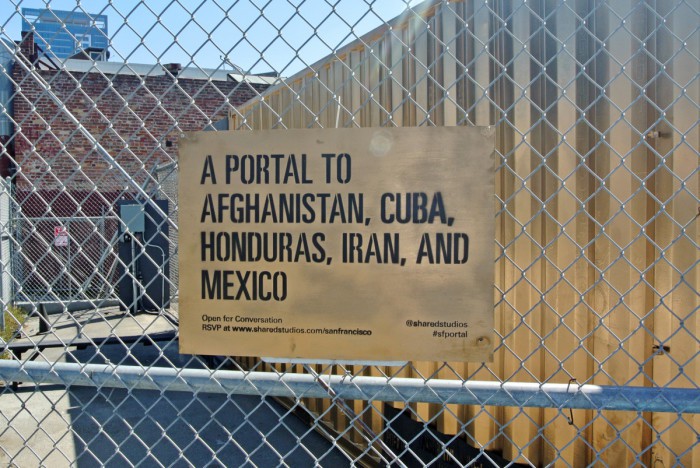 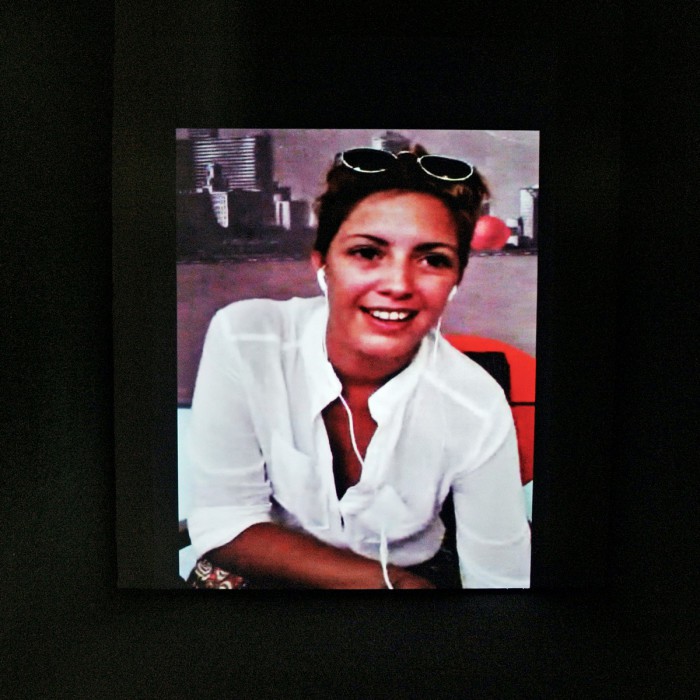 There’s just one major problem — San Francisco is painfully lacking in Cuban cuisine. I used to enjoy these homemade specialties on a weekly basis when I was still living in New York. For $10, I could step up to one of many blue-collar diner-style counters and be served an insane portion big enough to feed a family of four. But now, I’m basically out of luck. I find it amazing that in a city so full of culinary diversity — especially in varied Latin American cuisines — this major subsection is so terribly underrepresented.

As you can tell, all of this Cuban food talk really got me craving a seriously satisfying Cuban lunch. But, where in the Bay could I get a hold of this elusive cuisine? The closest I’ve found so far is all the way up in Marin and that’s not even actually a Cuban joint. Their Puerto Rican platters are similar, but it’s just not the same. So, I did a bit of online exploration which illuminated just how few options there really were. Actually, it seems like there used to be quite a few Cuban eateries in San Francisco, but almost all of them have already shuttered. But in a moment of enlightenment, I remembered a place that had been laying dormant in the back on my mind. This lone Cuban eatery had recently caught my eye and it was only 10 blocks north of my apartment on Polk Street. Before setting out, I made sure to look up its hours of operation just to confirm that they’d be open for lunch — all sources indicated it was.

The place was practically in Ghirardelli Square — a very unusual location for a restaurant like this. The area is quite residential and not exactly close to any densities of workers in need of lunch outside of the ones already catering to wharf tourists. It made me wonder how this place could possibly expect to survive and when so many other Cuban restaurants in far more trafficked and desirable locations could not.

And that’s when I saw it. They were closed. Despite all online sources listing lunch hours and indicated that they would be open, they were clearly not and were in fact completely closed for renovations. It figures. My Cuban lunch hopes and dreams were dashed, but what could I do? 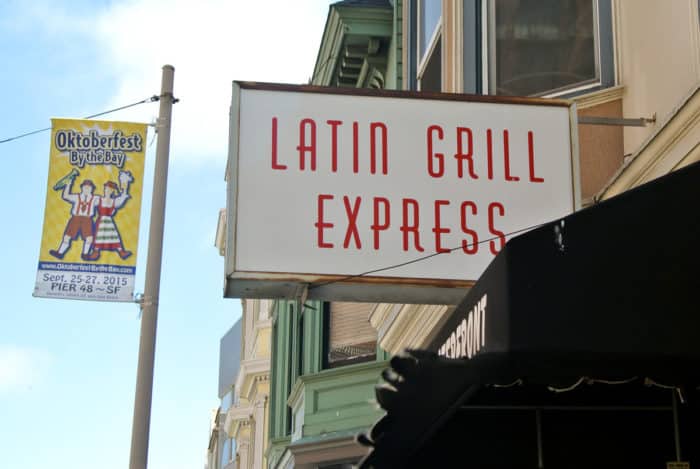 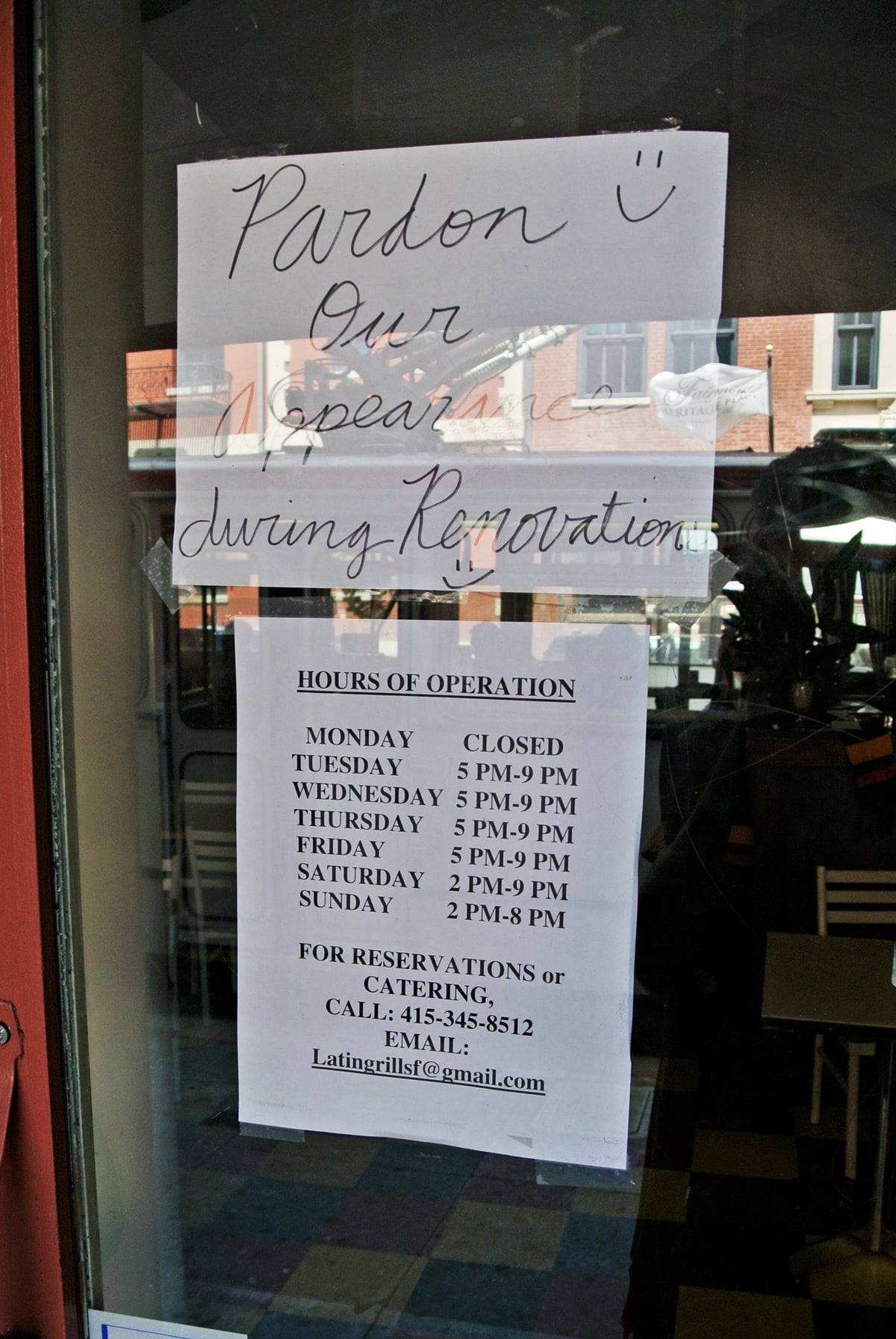 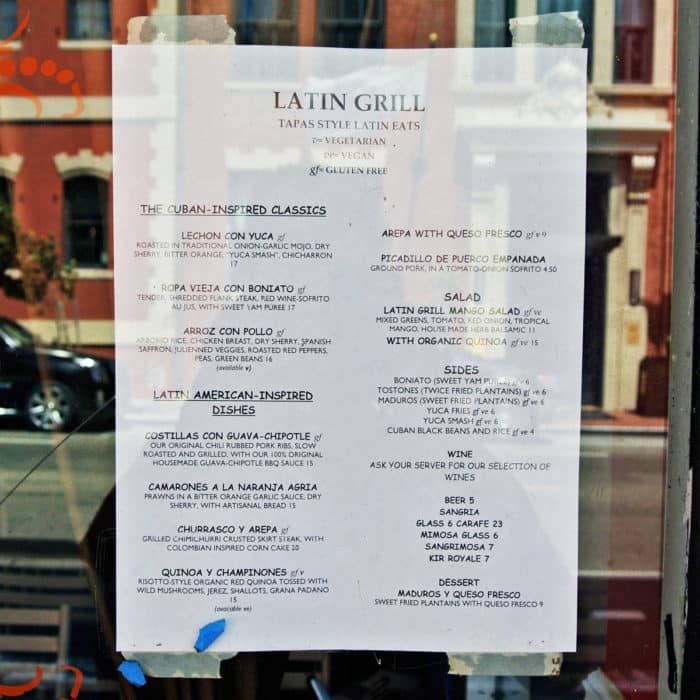 I did the obvious thing and booked it to North Beach, San Francisco’s Little Italy. Wait — what? Little Italy? Yeah, remember earlier? My friend in Cuba told me all about how she loved eating Italian food — specifically pasta. So, if I couldn’t actually get my hands on any Cuban dishes, my plan was to eat what a Cuban would love to eat.

Now, the real question remained. Where would I go to get great pasta at lunchtime in North Beach? It’s not as easy as it may seem. You see, North Beach’s Columbus Street is infamously loaded with mediocre to poor fauxtalian cafes that are not worth your time or money, though there are some exceptions to the rule if you know where to look. You need to avoid most of the “real, Italian-looking” places on Columbus, but make sure you don’t miss the low-key and very under-the-radar Italian Homemade Company.

This place functions as both a cafe and an Italian grocery, but the real reason for its existence is as a point of sales for their range of fresh, made-by-hand pastas that are actually produced in-store. Though that seems to be their main business, they also have an active lunchtime service professionally preparing plates of pasta for a reasonable price. Basically, you choose you pasta type (pappardelle, tagliatelle, fettuccine, gnocchi, ravioli, or tortellini) and your sauce (bolognese, pasticciata, meatballs, pesto, marinara, white, or butter & sage) and end up with something fresh and homemade for between $10 to $16. Or you can get something off of their specials board, like I did. 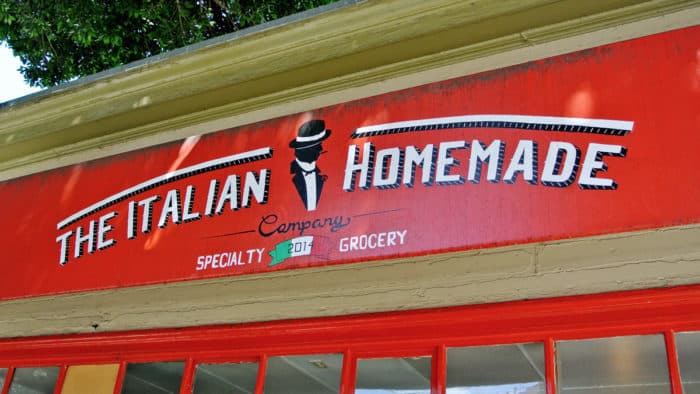 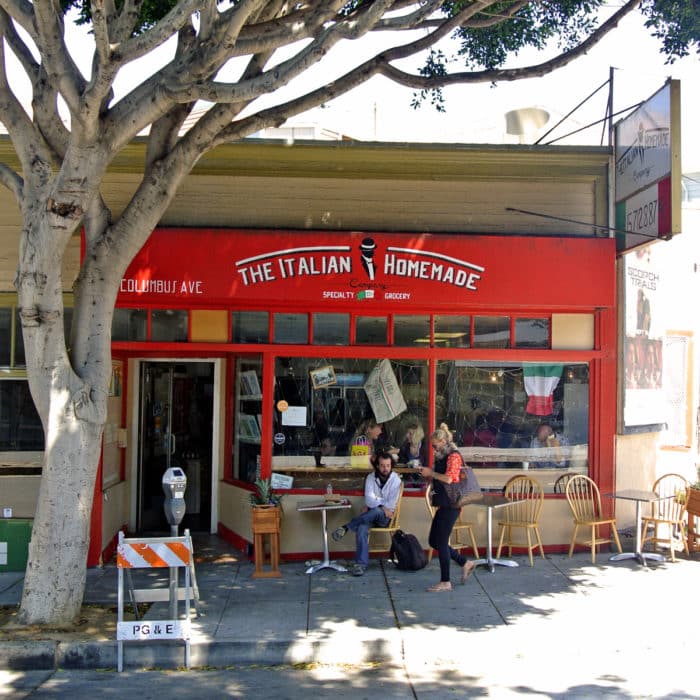 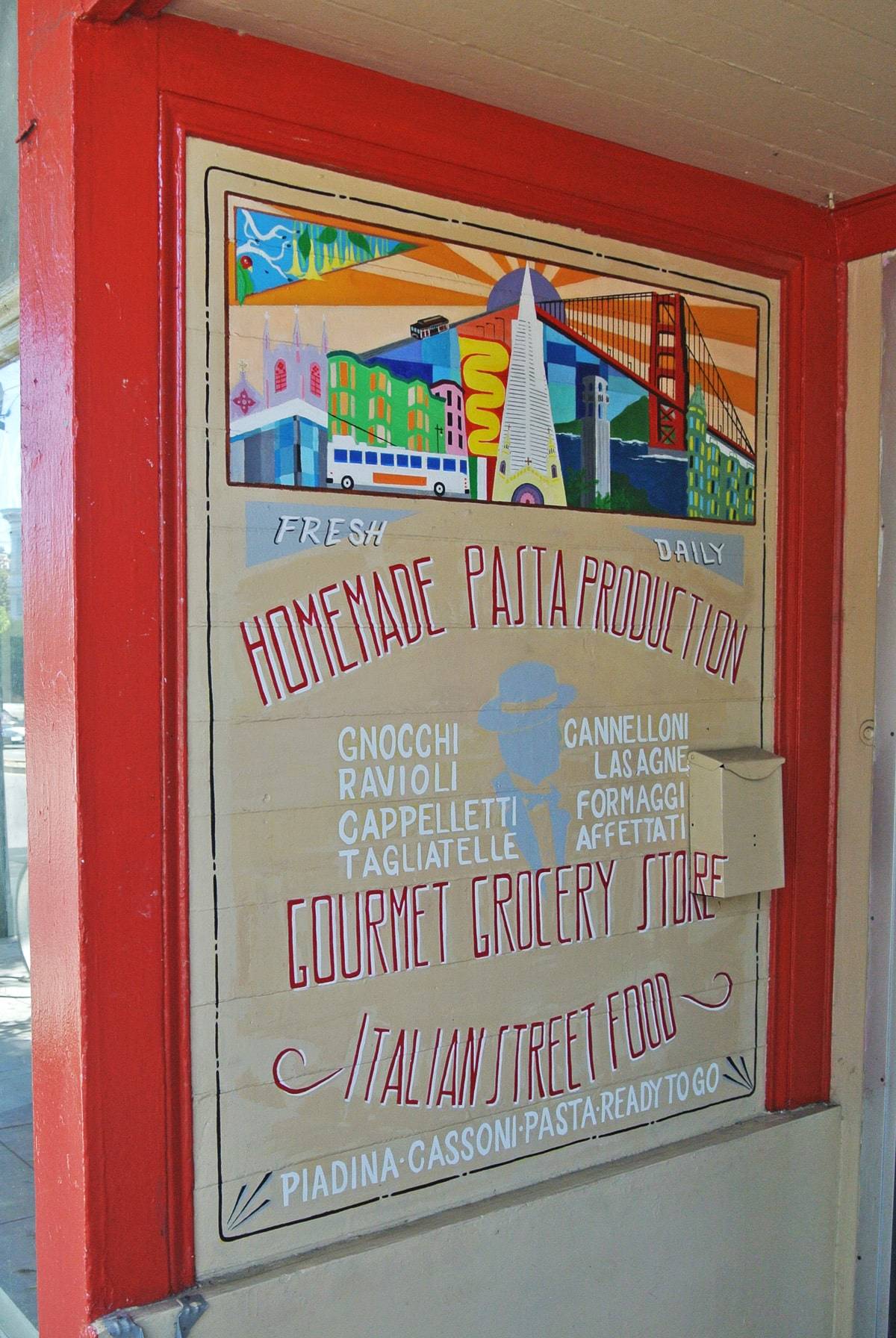 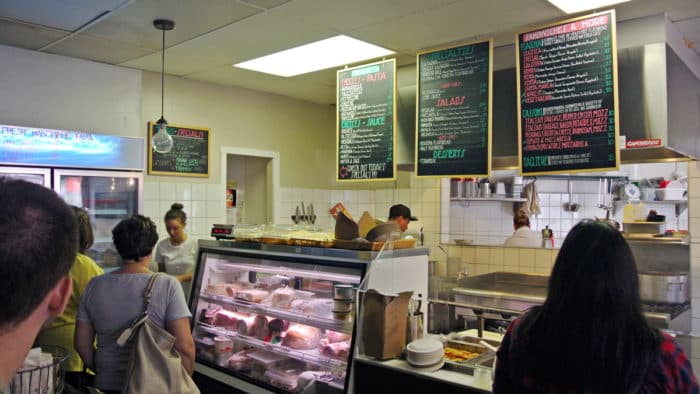 No, there’s no waiter service and yes, the food is served on paper plates, but I’ll be damned if the pasta wasn’t as good as I’ve had in any fancy restaurant for half the price. I gravitated toward special Squid Ink Fettuccine with Bottarga, the most intensely authentically Italian offering of the bunch.

The jet black pasta was sautéed in a simple mixture of garlic and butter, tossed with blistered cherry tomatoes, then generously topped with a flurry of shaved bottarga — Italian salt-cured fish roe. This plate of pasta was quite decadent and at $14, seemed like a solid deal for the upscale, high-end and high-quality ingredients. The bottarga shavings really added a world of funky, salty complexity to otherwise simple and straight-forward sauce. I’m sure my Cuban friend would love it. 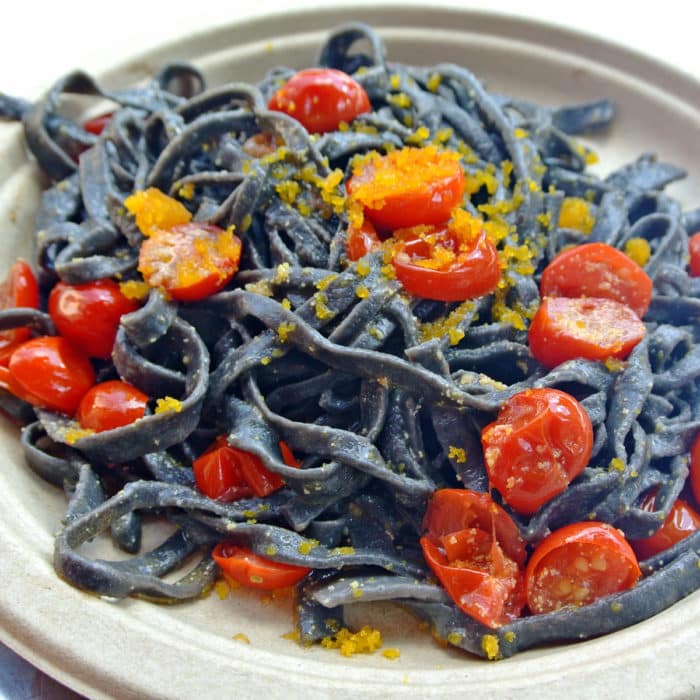 So, that’s the story of how chatting with a girl in Havana led me to eating a massive plate of authentic, Italian fettuccine. It’s not what I set out to do, but at the end of the day, I probably left just as full, happy, and satisfied as I would have been had my dreams of Cuban cuisine come true. Don’t miss this high quality pasta and definitely don’t miss the opportunity to spend 20 minutes connecting with someone from a completely different part of the world through SFPortal.

Is there actually good Cuban food in San Francisco? Where do you go for fresh pasta in SF? What would you have talked to a girl in Cuba about? Let me know in the comments below.