In general, Paso Robles is a pretty quiet, sleepy, little wine town. Whether you’re looking for a nice place to drink or eat dinner downtown, people tend to recommend the same handful of places. That’s probably because new bars and restaurants don’t open very often, and the options always are what they are. But, when new bars and restaurants do open, they tend to cause a big stir. Recently, a massive new bar and restaurant popped onto the downtown scene – a trendy, upscale, Baja-style Cal Mexican joint called Fish Gaucho and I knew on my most recent trip that I had to see for myself what all of the hype was about.

From the moment we walked in the door, my guard was up. Based on the West Elm-meets-Mexico style decor, I could tell that this meal probably wasn’t going to come cheap. Rusted metal and worn wood were consistent visual themes throughout the entire space – painted, reclaimed doors served as tabletops and rippled tin coated in layers of peeling blue paint supported the monstrous tequila bar. It was a very intentional polished, but distressed look with many beat up, rustic accents purposely poised throughout the wide-open and lofty ceilinged space. The decor actually looked pretty great, but I still proceeded cautiously.

Once seated, with a single glance at the menu, my suspicions were confirmed. The prices definitely leaned high, particularly for the generally reasonably priced Paso Robles scene. Starters ranged from $6 to $16, most mains sat in the $19 area and the big entrees tip-toed into the mid-to-high twenties, even at lunch. They claim to serve fresh, healthy twists on traditional Mexican food, and I can get behind that and am even willing to pay extra for it. But, I was still quite concerned that I was about to pay an arm and a leg for overly Americanized and dumbed down Mexican food. But, I held out hope that these guys knew what they were doing and everything would actually end up tasting authentically delicious. 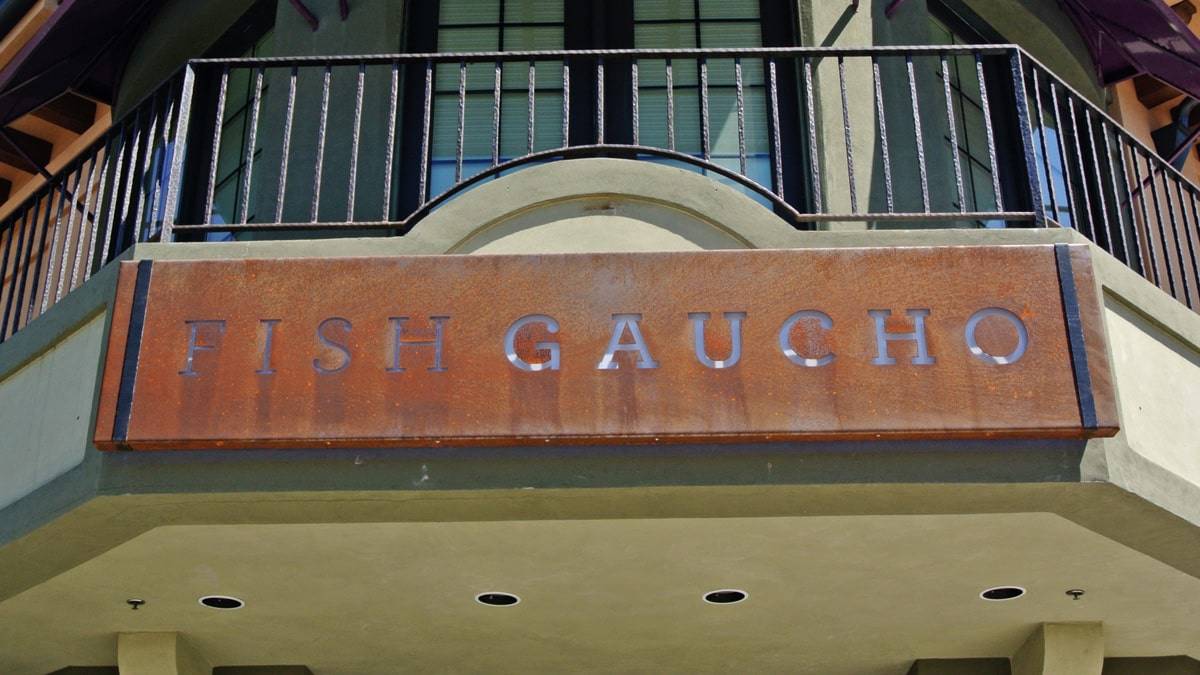 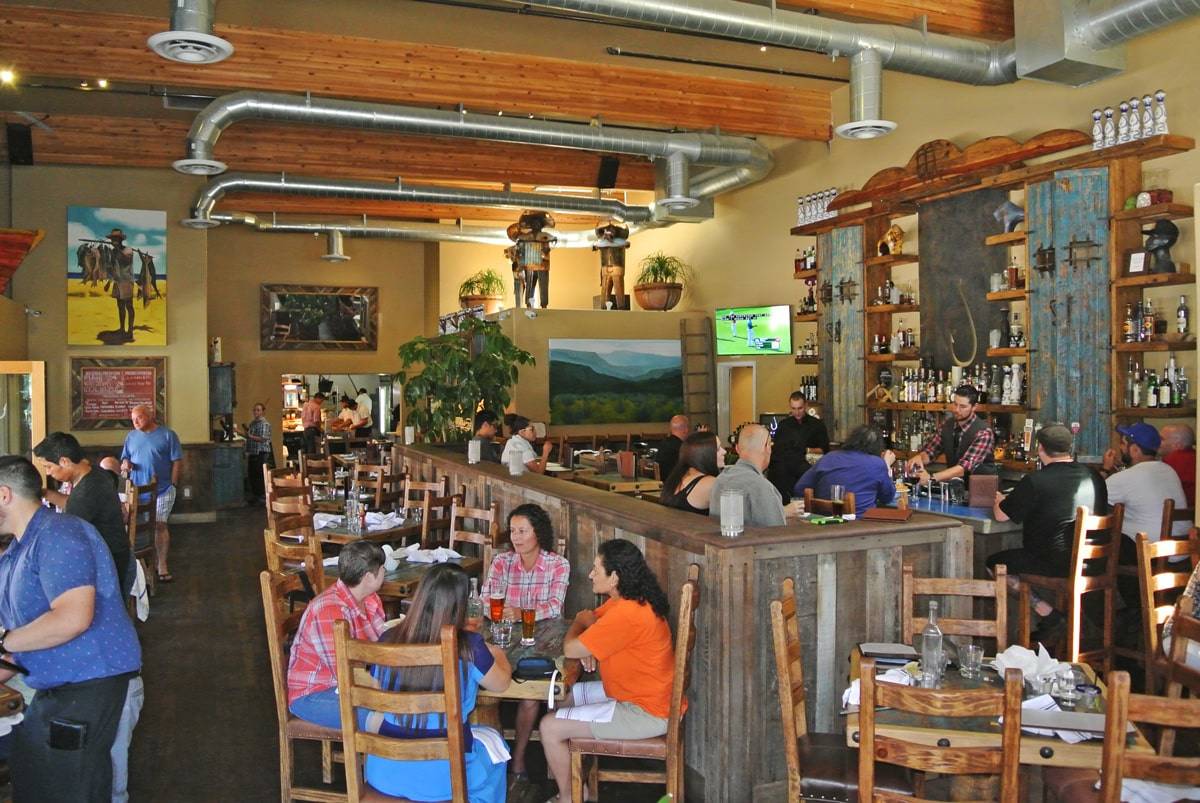 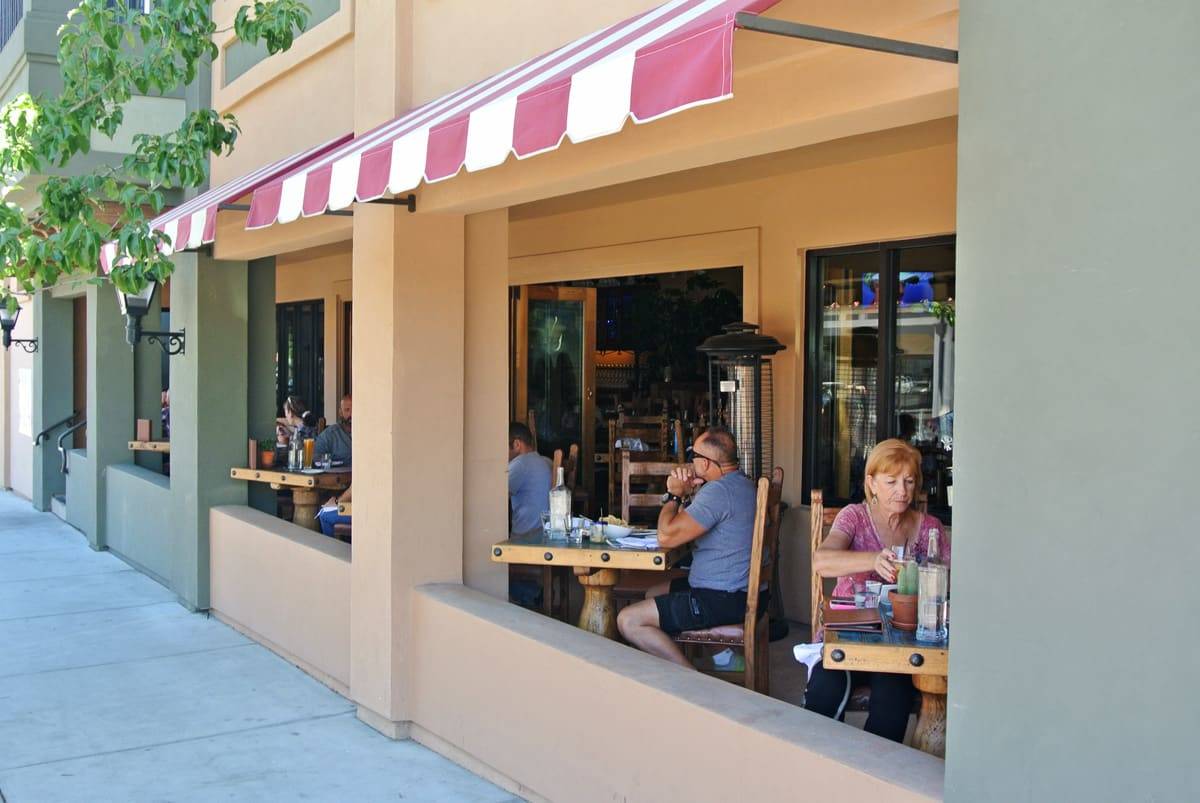 Since we had already spent the morning diving headfirst into a Paso Robles wine crawl binge, we decided to take a welcomed break from the vino with one of their many fancy margarita varieties. They have an incredibly impressive and well-researched collection of over 100 of the world’s best tequilas and mescals and make all of their drinks with hand squeezed limes, hand muddled ingredients, and organic agave nectar. All signs pointed to these being good drinks, though predictably steep in the $9 to $13 range – with no lunchtime discounts. This ain’t Napa or Sonoma, so the prices felt a little high to me, but a cold, refreshing, cocktail was in order on this hot Paso day.

We selected the Paloma which cost a middling $11. It was served in one of the tallest glasses I’ve ever seen used and was made with very fresh ingredients instead of the cloying syrups and other artificial junk that many places try to get away with using. The used fresh-squeezed ruby red grapefruit and fresh Peruvian lime, which balanced well with with tequila, light agave syrup sweetness, and contrasting salted rim. It even came topped with a pretty skewered fruit garnish. Alright, Fish Gaucho, you’ve sold me – this drink was worth the price. 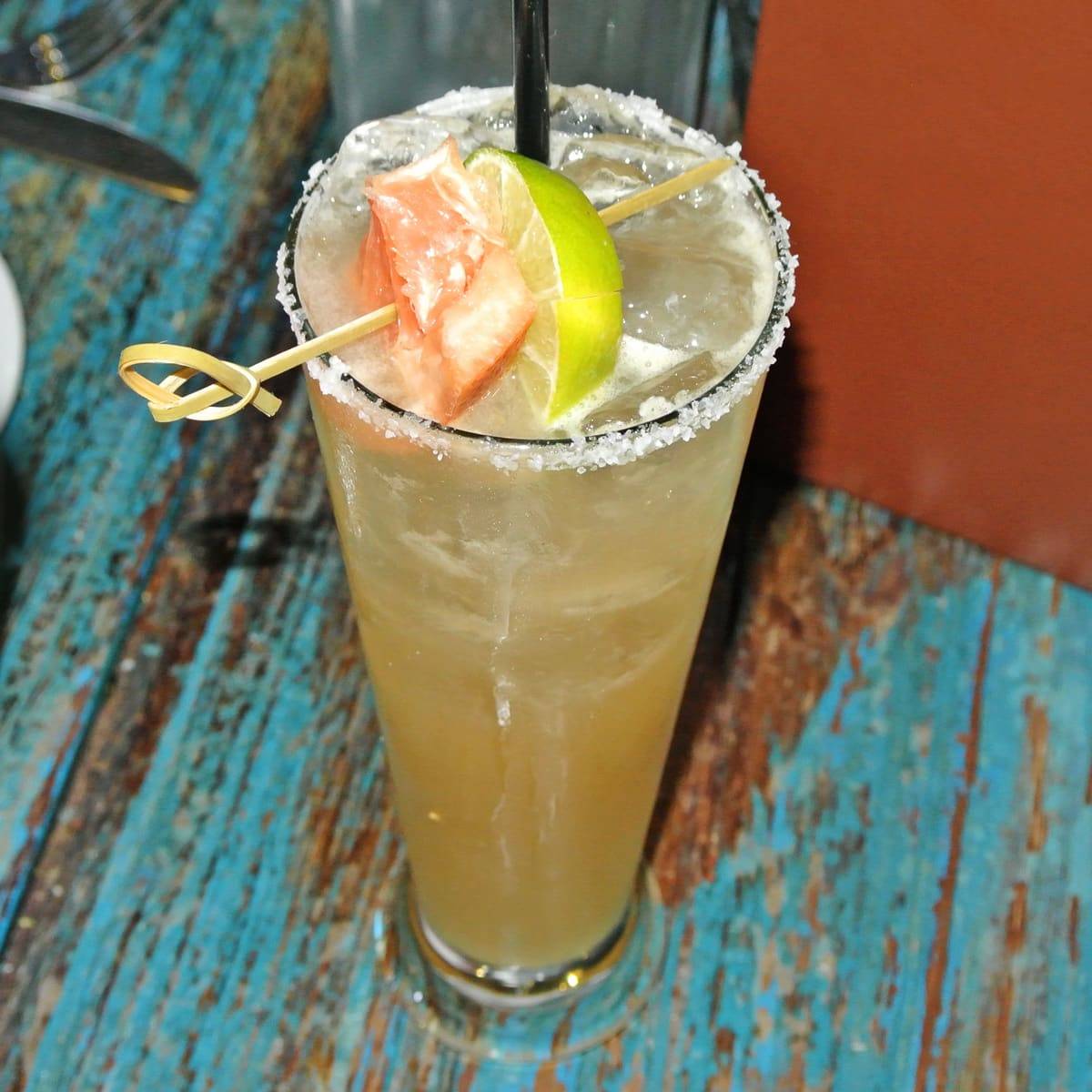 As a starter to the meal, we ordered their much raved about Salsa Trio & Chips for $6. The chips came out impressively hot and well-salted and the salsa were all portioned very generously. The salsas were a bit on the American-fusion end of the spectrum based on their flavor profiles, but they were actually all really tasty.

The first one I tasted was the most unusual – a Watermelon Chipotle salsa. It caught me off guard with its unusual, fruity, sweetness, but it was actually pretty tasty. The Piña Jicama Pico de Gallo was bright and fresh and the jicama was an interesting and refreshing twist. But, the green one – the Avocado Tomatillo salsa – was by far my favorite. It was definitely the most traditional of the three and had a wonderfully addictive spicy chile, citrusy lime, and creamy avocado taste. I crushed a ton of that one while we waited for the rest of our dishes to arrive. 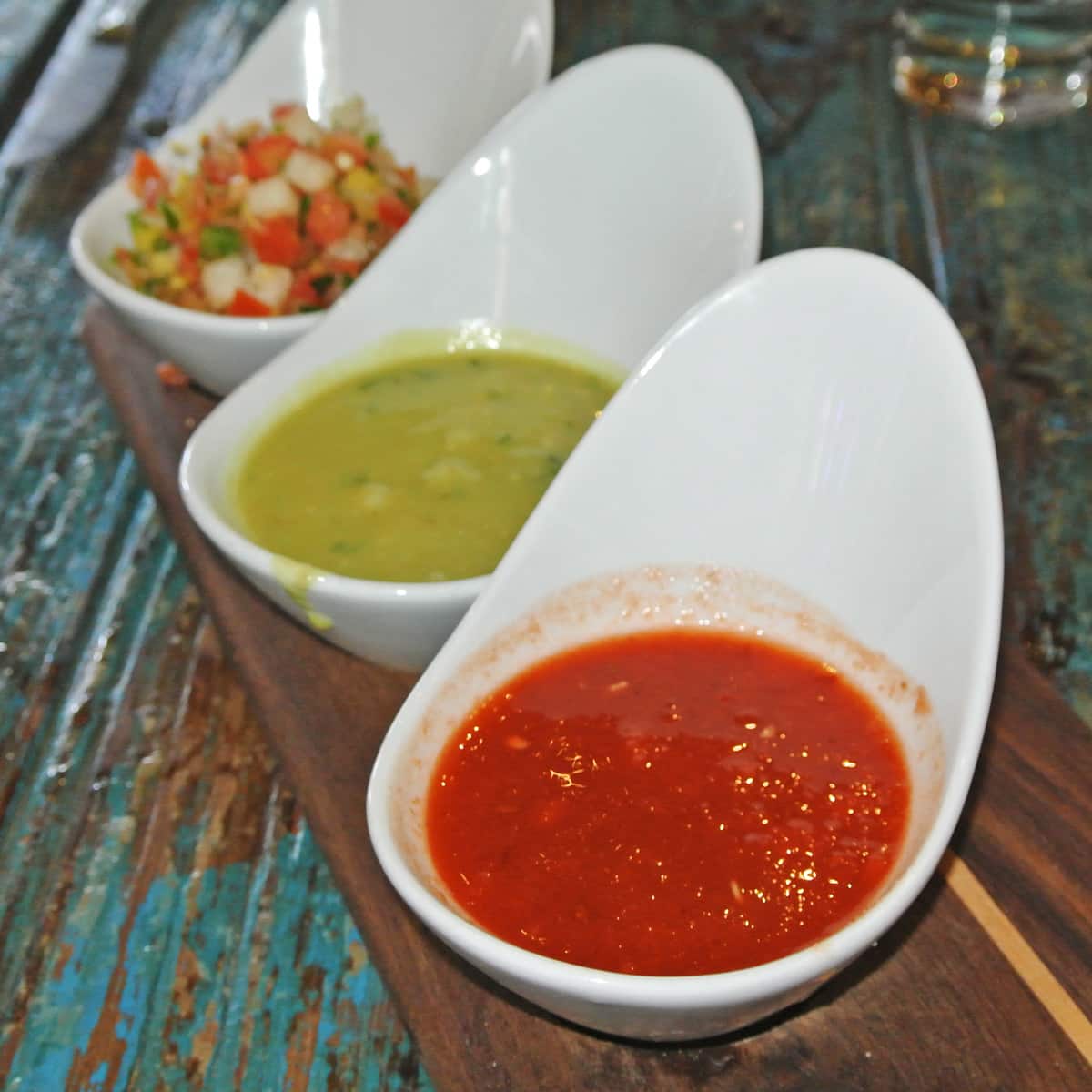 As another starter, we cautiously order the Chef’s Ceviche. I say cautiously because Paso Robles is pretty far inland and my general rule of thumb is to not order seafood focused dishes when I’m too far from actually water sources. But, there was actually nothing to worry about with this dish. The fish was quite fresh and the dish tasted great. At $12, it was a very nice portion and came loaded with big hunks of pink fish that I believe was either citrus-marinated salmon or trout. This was a real winner. 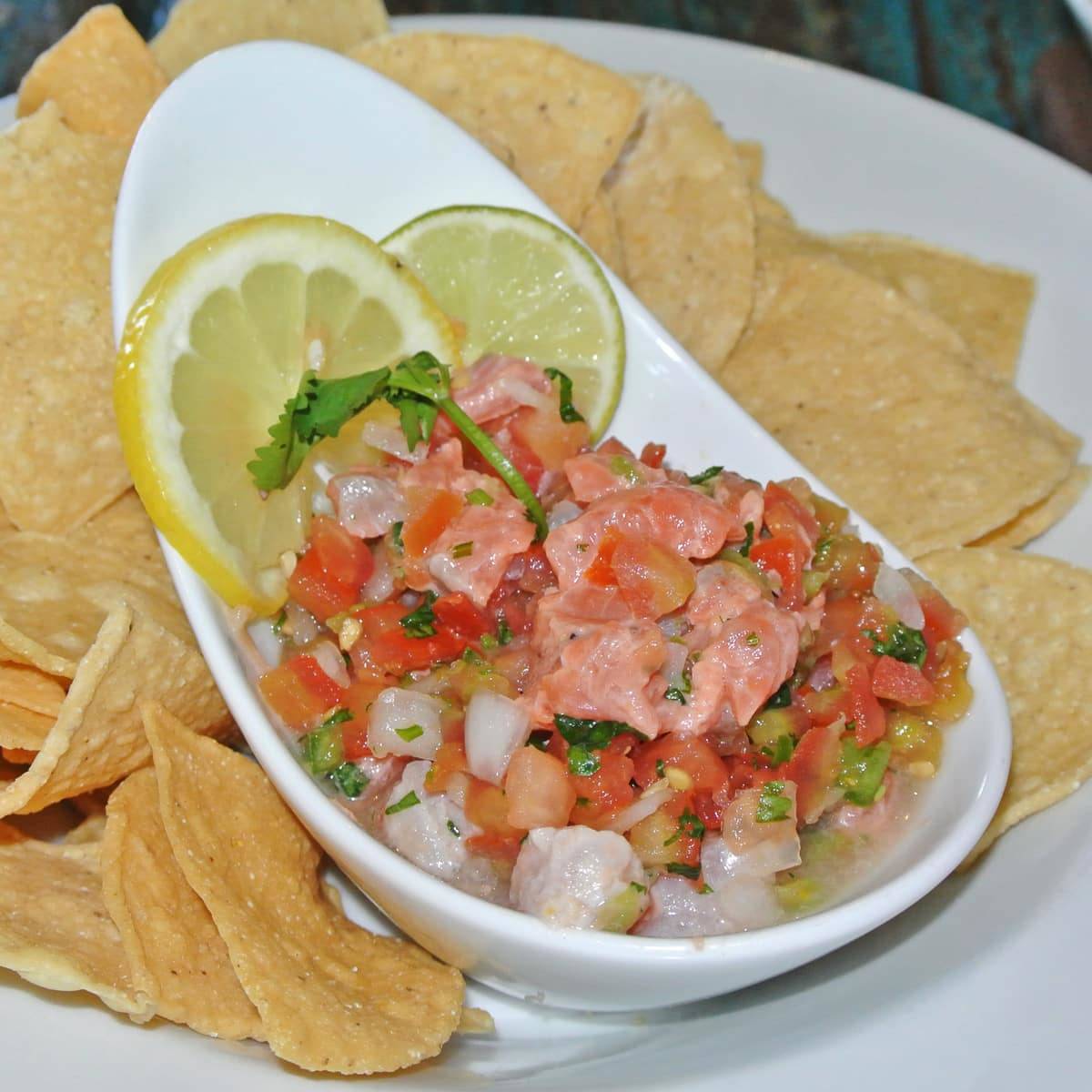 For my main, I was drawn to the most reasonably priced part of the menu that they call “Create Your Own Dish”. In this format, you begin with a choice of dish format: 4 Street Style Tacos, a Wet Gaucho Burrito, or a Bowl – which I chose. Then, you pick your protein, which also determines the ultimate price of your dish. For $15, you have the choice of either Braised Beef Short Rib, Grilled Chicken Verde, Pineapple Carnitas, or Red Snapper, so I opted for the short Braised Beef Short Rib in my Burrito Bowl.

The menu described their bowl option as a “deconstructed burrito” with black beans, smoked poblano garlic rice, pico de gallo, and shaved chayote. These are all very authentic and fancy sounding Mexican ingredients and the bowl arrived plated beautifully (though I mixed it all up before I remembered to snap a photo). All of the elements tasted extremely fresh and the braised beef portion was both massive and extremely tender. This dish was actually really nicely done, though I wouldn’t have minded a heavier hand with the seasoning for extra oomph. I dumped on some Cholula as an easy fix. 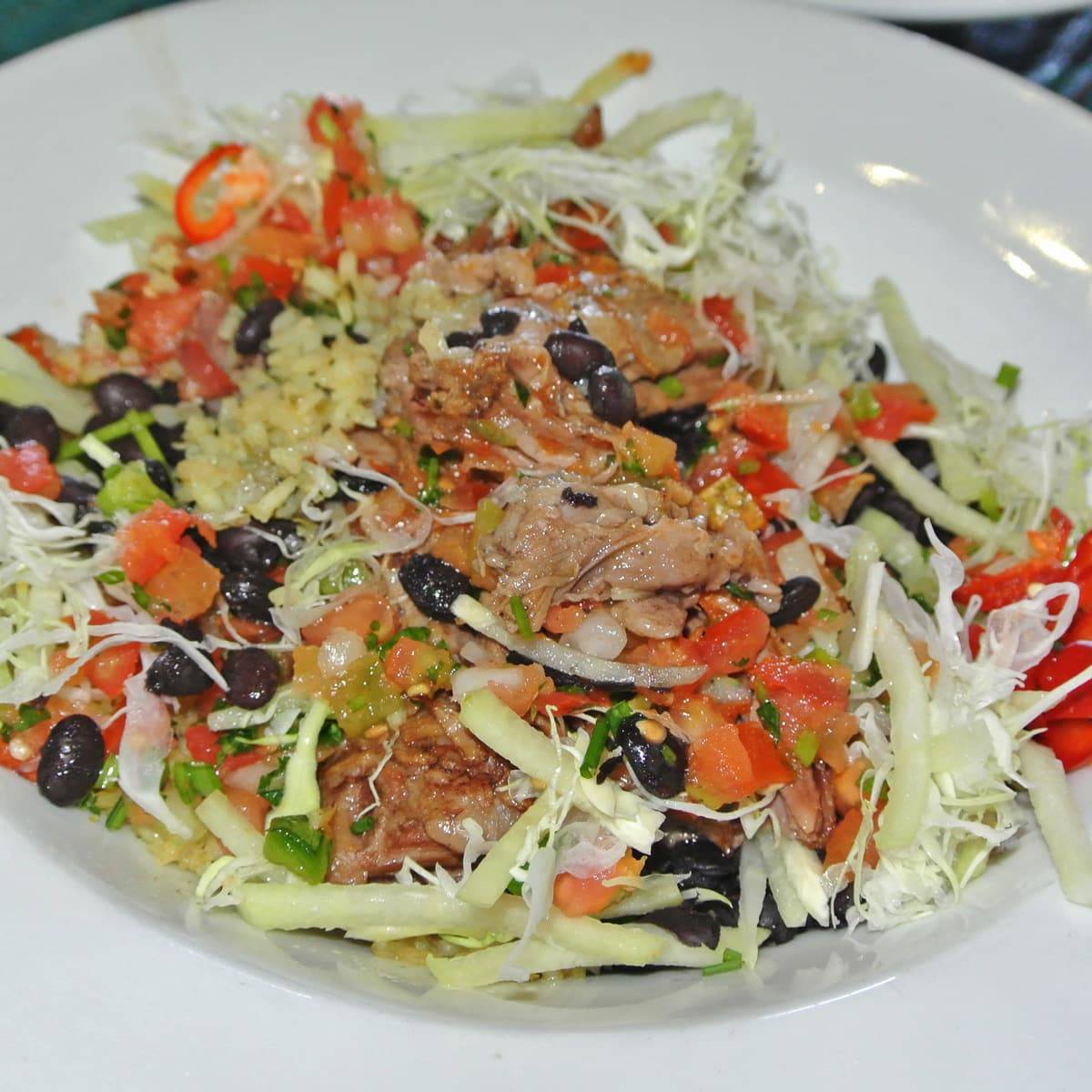 My friend, Eric, instead went for a Pineapple Carnitas Wet Gaucho Burrito. It comes filled with black beans and smoked poblano rice and is normally topped with salsa verde and salsa rojo, but he requested the salsa verde on top, only. Honestly, this was one of the biggest burritos I’ve ever seen in my life – even bigger than an El Farolito burrito. It was truly a ridiculous sight to behold.

That thing was fully loaded with pork and must have been pushing three pounds. And based on the fact that Eric crushed that entire unwieldy thing in one sitting, I think it’s safe to say that he liked it. The biggest take-away here is that for the same price as the burrito bowl, you’ll get a hell of a lot more meal in Wet Gaucho Burrito form. 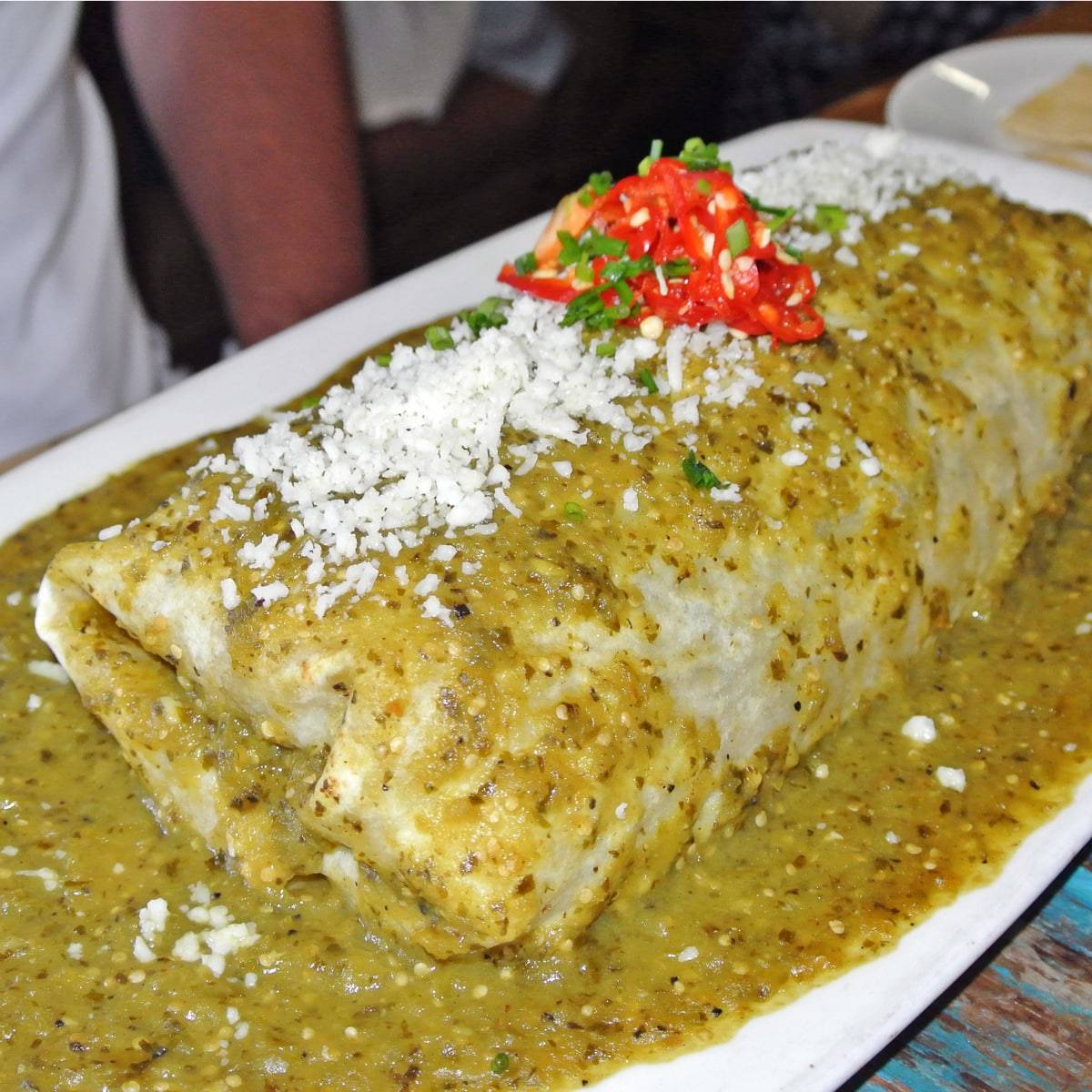 So, yes, this place definitely takes liberties with their takes on Mexican food. The design of the restaurant feels very polished and stylized, but it also makes for a great places to bring a date or entire family. The prices may be a little high, but all of the food and drinks that we tried were actually worth their arguable hefty prices. Given the right mood and occasion, this place will inevitably serve as a great lunch or dinner spot and most certainly is an excellent addition to the fairly limited Paso Robles dining and bar scene.

Got another great eatery in Paso Robles that I should check out? Let me know in the comments below.