The San Francisco food scene is full of all sorts of inventive, creative crossover cuisines. And one of the city’s most loved and most delicious integrated creations comes from a beloved Filipino-fusion vendor called Señor Sisig. This city seriously has so much love for this truck – I’ve honestly never heard a negative word spoken against it, and that says a lot in a city so extremely divisive and combative about whose favorite place is best. Perhaps it has something to do with the fact that they exist in a category all alone by themselves – absolutely no one else is competing in the Mexican-Filipino arena. And why would they? This truck’s reputation alone would be nearly impossible to topple.

As a fervent dispeller of the El Farolito Mission-style burrito gospel and historied lover of devouring mountains of Filipino food with my bare hands, this street-food combination sounded to me like an absolutely perfect recipe for success. But, getting one of these burritos isn’t as easy as just going over to a shop and asking for one. Señor Sisig is a mobile food truck and it posts up at constantly changing locations around San Francisco. They do, however, keep their location accurately updated on their website, but chasing down the truck isn’t always in the cards. Sometimes you just have to find yourself in the right place at the right time. And no matter when or where you find them, there will pretty much always be a line. 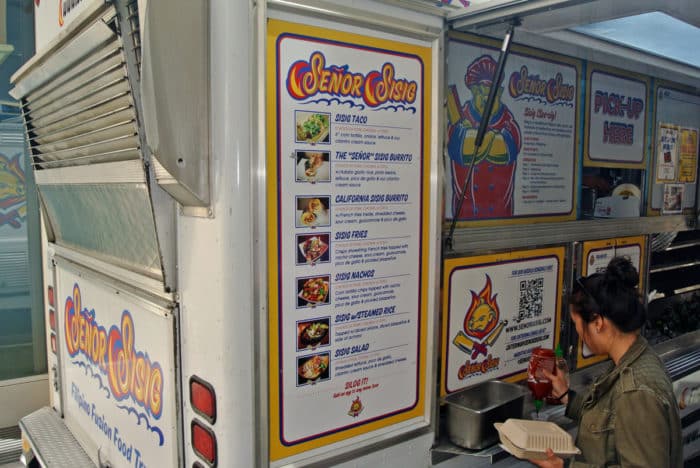 For me, the right opportunity to finally experience the mythical Señor Sisig came when a restauranteur, Brian Patton, and Michelin-starred chef, Peter Zinter, went on a trip to San Francisco from Austria and invited me out to the SoMa StrEat Food lot to talk Mexican street food and crush burritos. The two operate ever-changing pop-ups out of The Brickmakers, their brewpub in Vienna and had been traveling around Mexico and California to taste authentic Mexican flavors, to learn as much as they could, and to get inspired for their next pop-up called Slow Tacos – a follow up to the previously held burger-centric Meat Baby and Texas BBQ-focused Big Smoke.

Their trip first took them to Los Angeles and up the coast to many authentic San Francisco hotspots including my favorite burrito joint, El Farolito, and the actually incredible vegan Mexican sit-down spot, Gracias Madre. But, when they met up with me, it was time to break the mold and depart from the standard burrito equation. By the time we arrived at Señor Sisig, they were already sold out of their famed extremely-Filipino-flavored Sisig Burrito, but their slightly more traditional Sisig Style Pork-filled California Burrito and Chicken Sisig Taco probably made more sense to taste in this situation anyway.

The taco was tasty, but burritos are where this mobile vendor really shines. The Pork California Burrito came super-stuffed with tender, slow-roasted, and well-spiced, Filipino-flavored pork, melty, shredded cheese, sour cream, fresh guacamole, pico de gallo, and the glorious, clutch addition of crispy, freshly-fried french fries. This monstrous beast was totally incredible, but now I’ll just let the video speak for itself – check it out below! 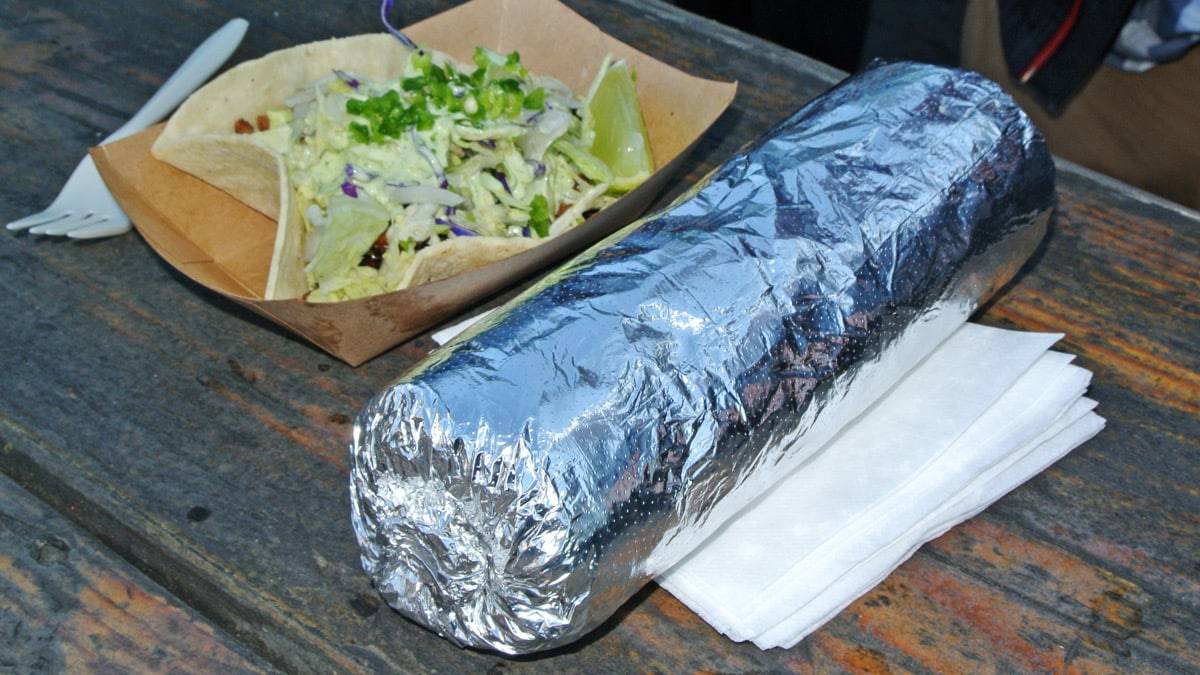 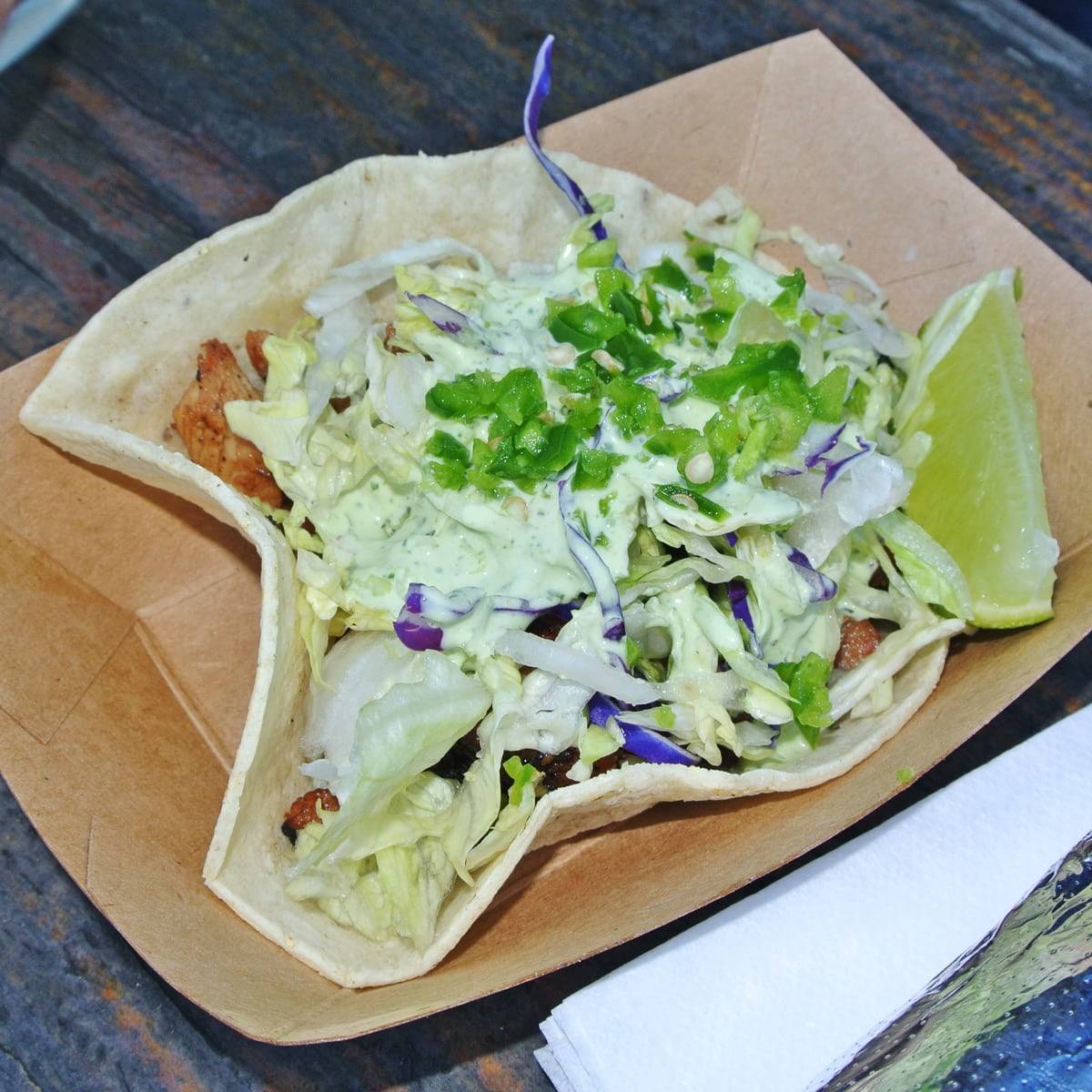 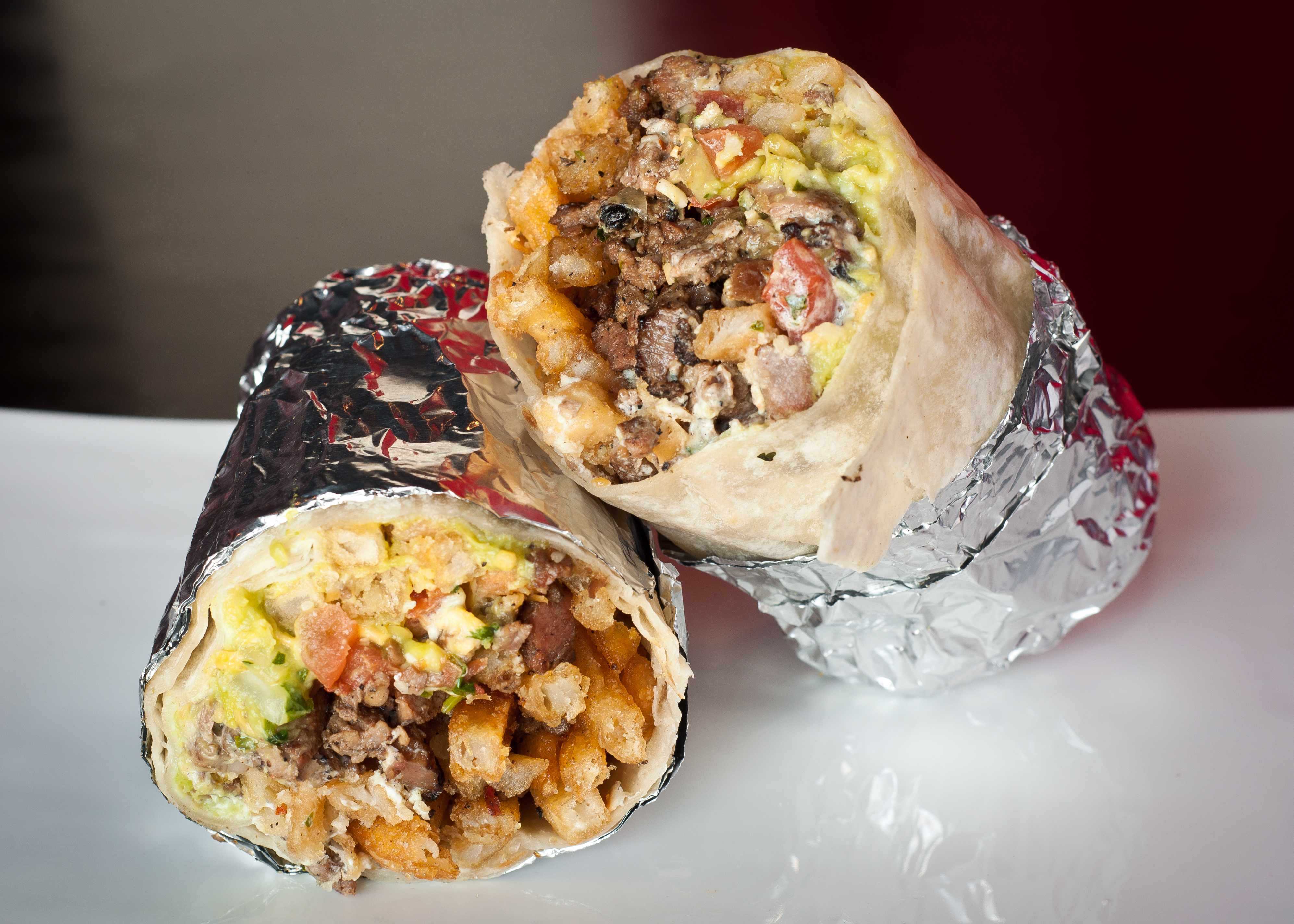 So, if you ever come across the Señor Sisig around San Francisco, do yourself a favor and stop by to pig out on some of their massive, intensely-flavored, and ridiculously delicious Mexican-Filipino street food. And be sure to keep up with the rest of Brian and Peter’s West Coast adventures over on their YouTube Channel.

Got another killer fusion dish in San Francisco that I need to try? Let me know in the comments below.