Though the Mission is best known for its abundance of casual, inexpensive taquerias, monstrous burritos, and other Latin American street foods, those are certainly not the only kinds of cheap eats you can find. If you know where to look, there are actually quite a few non-Latin gems. Take for instance, Duc Loi – a gigantic grocery store right on bustling Mission Street that looks just like any other market with one major difference – its vast selection of hard-to-find ethnic Latin American and Asian ingredients.

Since 1987, Duc Loi has been a Vietnamese family-owned staple of the multicultural Mission neighborhood. Between their wide variety of obscure herbs, spices, and canned goods and their dirt cheap meat and produce prices, they’ve built a solid and passionate following. But, I wasn’t there to shop for ingredients. The real reason I had stopped in was for one of their now-famed banh mi sandwiches at the nondescript deli counter in the back. Right next to the market’s massive wine section, there’s a truly ordinary looking grocery deli case where a couple of ladies make not-so-ordinary banh mi sandwiches. Since 2012, these ladies have been whipping up renditions of big, meaty Vietnamese sandwiches filled with local ingredients served on baked-daily bread for a mere $5. That’s quite the deal, right? 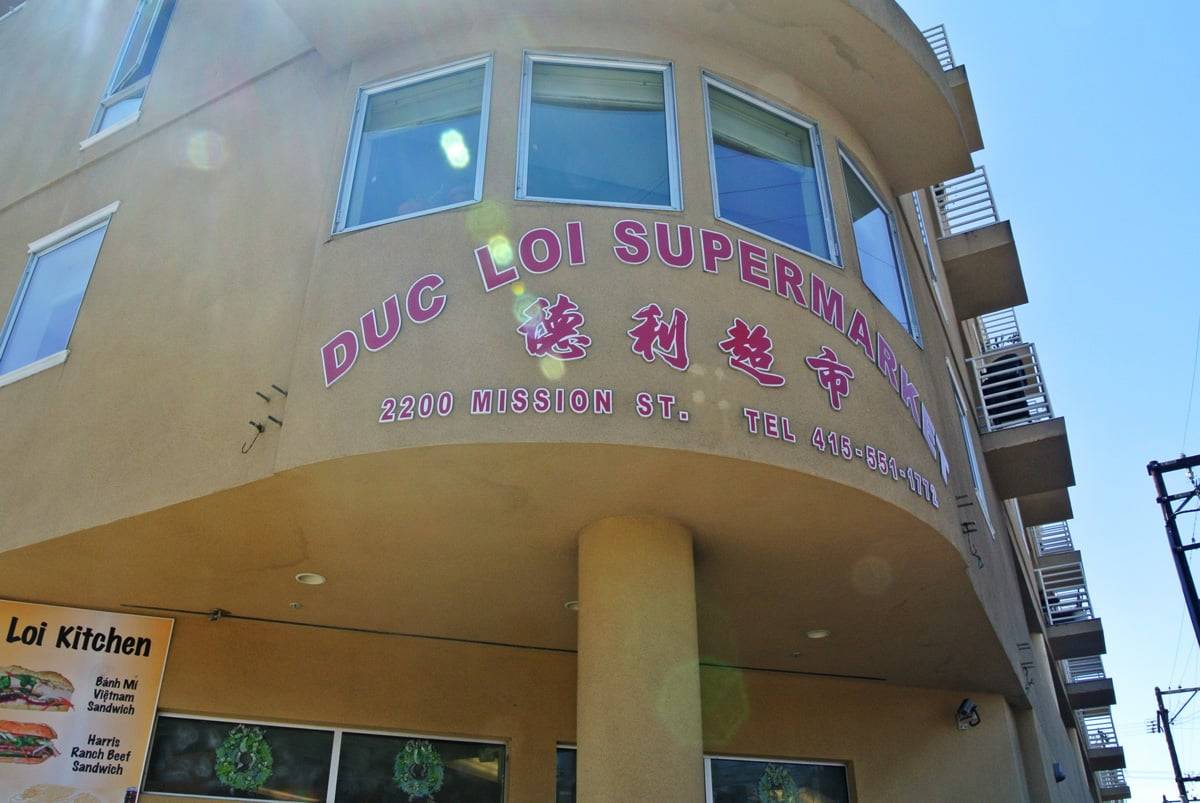 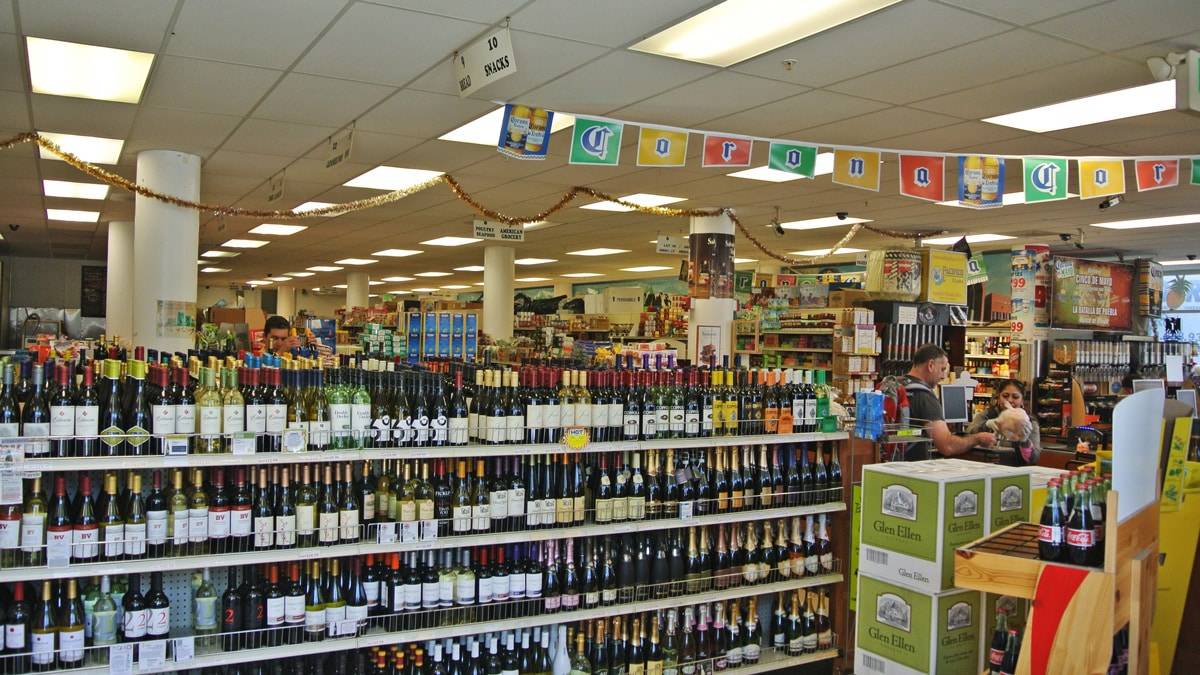 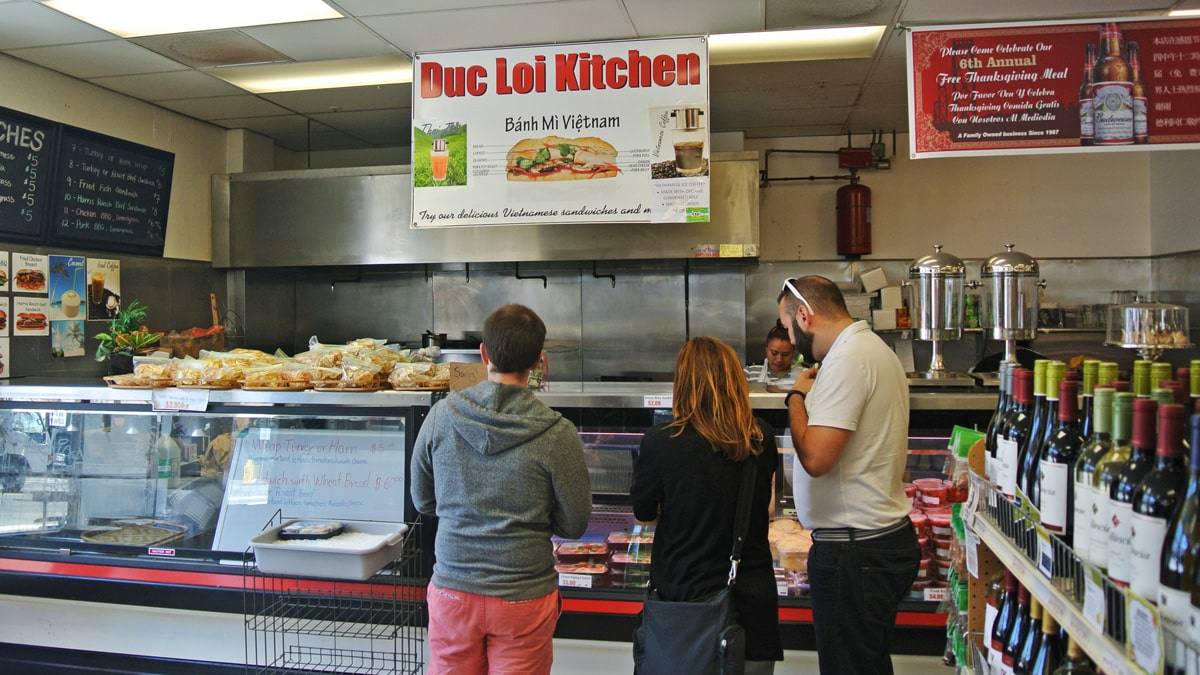 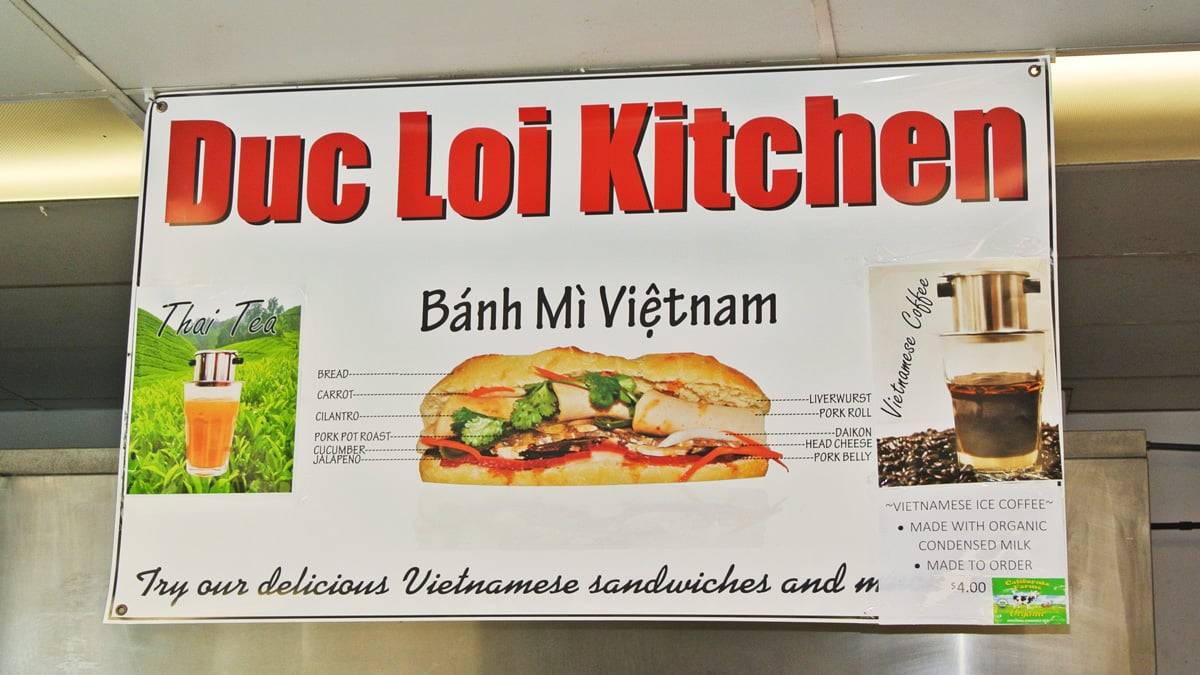 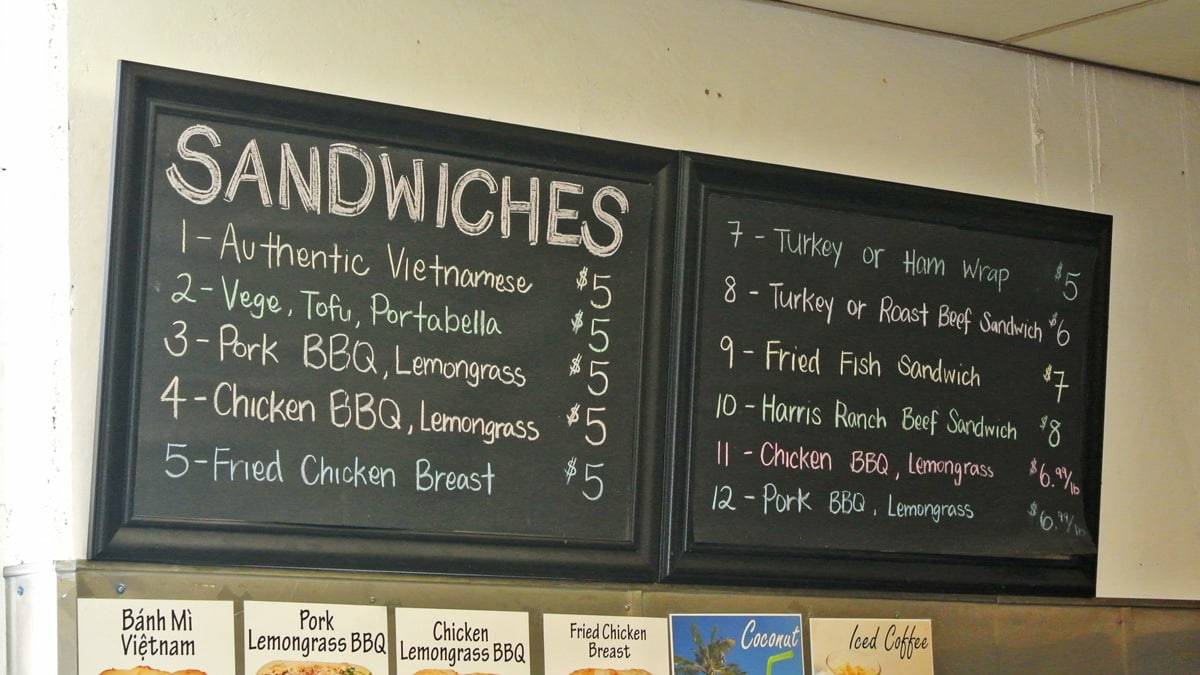 Ready to experience one of these sandwiches in all of their glory, I walked right up to the back counter and ordered myself a #1 – Banh Mi Vietnam. Although Duc Loi offers numerous banh mi variations, I wanted to judge based on the most traditional variety. It actually was a pretty classic rendition of the sandwich – a split-top french bread hero piled high with an inspired take on the usual suspects: pork pot roast (five-spice-rubbed pork shoulder), pork roll (Vietnamese pork sausage), roasted pork belly, pate cha (sliced liverwurst), house-made head cheese, daikon, cucumber, jalapeño, shredded carrots, and cilantro with a generous smear of mayo.

For only $5, this was an extremely substantial sandwich and an excellent value. To be honest, it was probably the meatiest banh mi I’ve ever encountered. The mountain of tender, shredded pot roast pork shoulder tasted distinctly of Chinese five-spice, an unusual but wholly welcomed flavor component. The juicy meat balanced really well with the funky layers of firm, sliced offal-based meats, spicy jalapeño bite, and rich, creamy, swipe of mayo.

Now, I may be stretching here, but the style and heft of this super-meaty hero sandwich felt almost like a Vietnamese take on a traditional Cubano or Torta – a nice nod to the neighborhood – though maybe I was just getting deliriously meat-drunk on that extremely messy, heaping pile of ridiculously juicy, tender pulled pork. All of the quintessential ingredients, especially the skillfully prepared meats twisted and transformed to warp this Latin-inspired Vietnamese sandwich into classic banh mi form. It was messy, meaty, filling, and full-flavored for sure – it’s hard to knock that kind of cheap eats hustle. Any way you describe it, this thing was damn delicious. 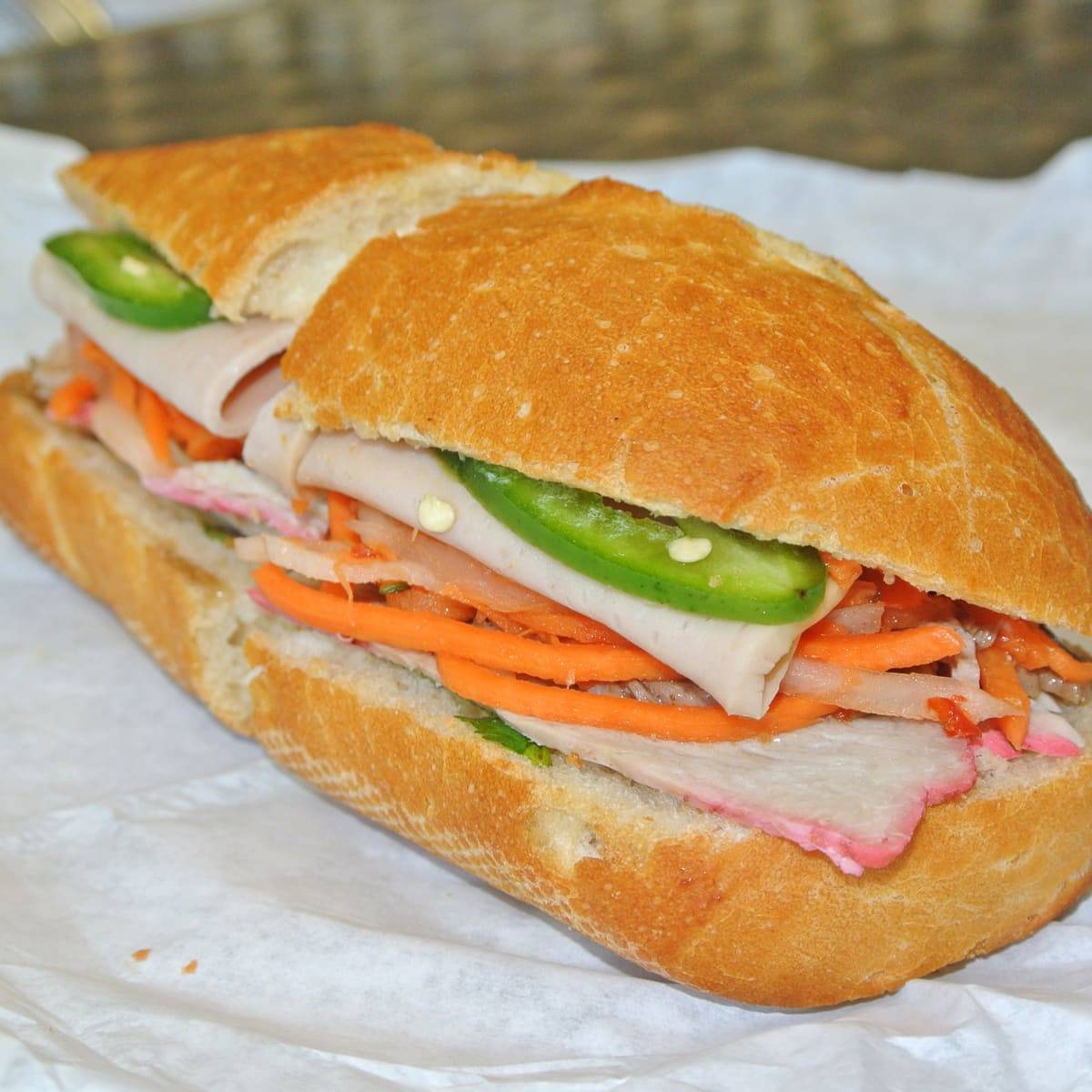 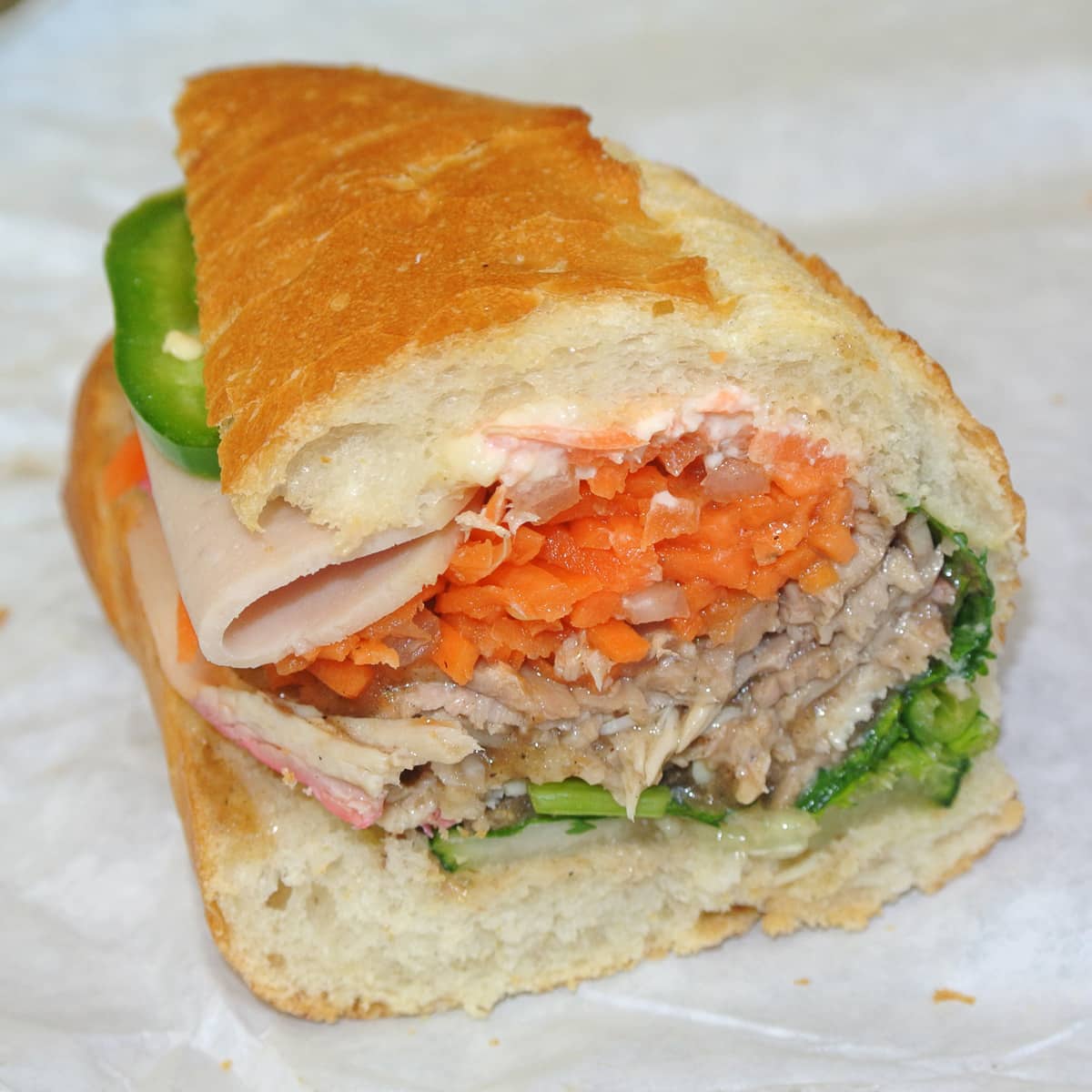 So, while I still have yet to try any of Duc Loi‘s other, more-fusiony sandwich offerings, I’ve heard great things about them as well – especially the fried chicken-filled version. And if the Banh Mi Vietnam was any indication, I’m sure the others would be just a big, filling, freshly-made, and delicious as the one I already love. I guess I’ll just have to return and try the rest myself.

Got another unexpectedly great cheap eats spot that I should check out in the Mission? Let me know in the comments below.