If you’ve got a car and are willing to drive to strange strip malls in Silicon Valley, there are plenty of interesting Asian foods to find. It’s always hard to know if a dingy shop is one of the good ones or the bad ones until you try it for yourself, so as I approached Shanghai Flavor Shop in Sunnyvale, I prepared myself for the whichever side of the coin it was going to land.

I think most people would have walked away in fear after laying eyes on the run-down and relatively dirty shop, but I’m not that easily dissuaded. The place was filled mostly with Chinese-speaking Asians, which I find is usually a good sign. The wait staff was gruff and rather impatient, but there was one dish that this place is well-known for that I knew I had to try for myself. 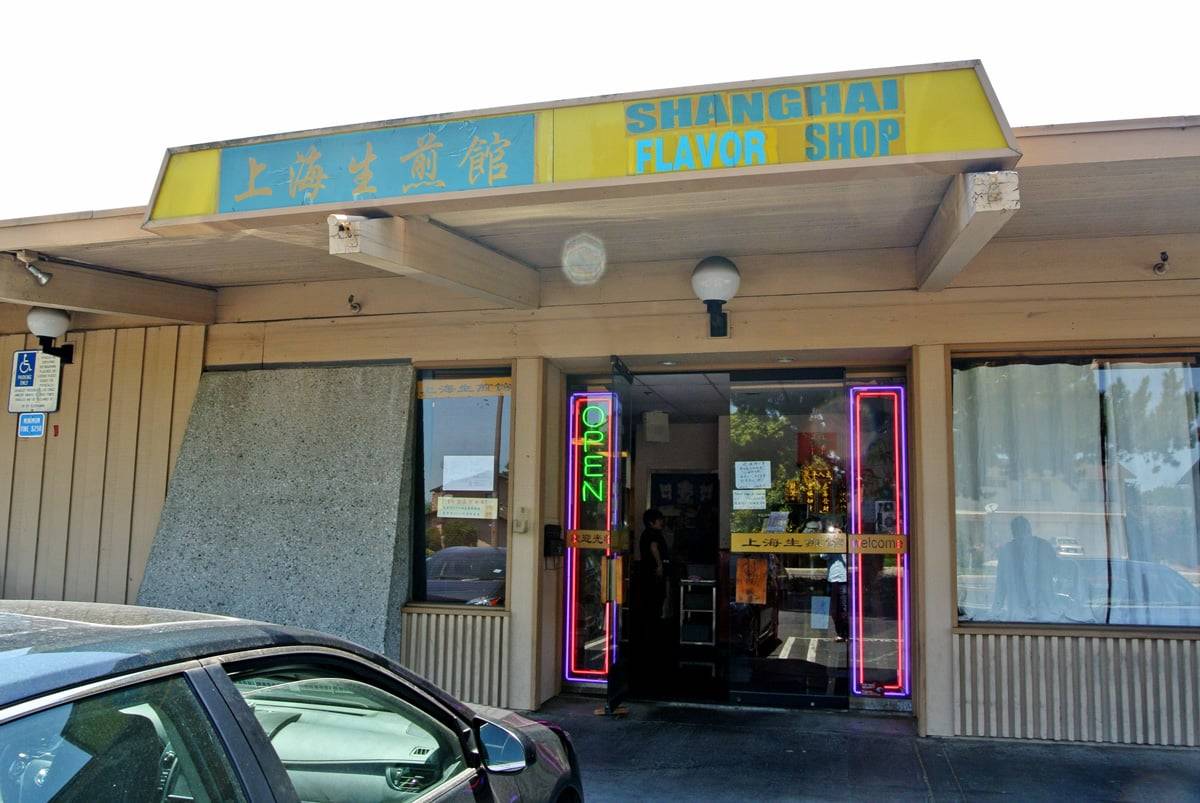 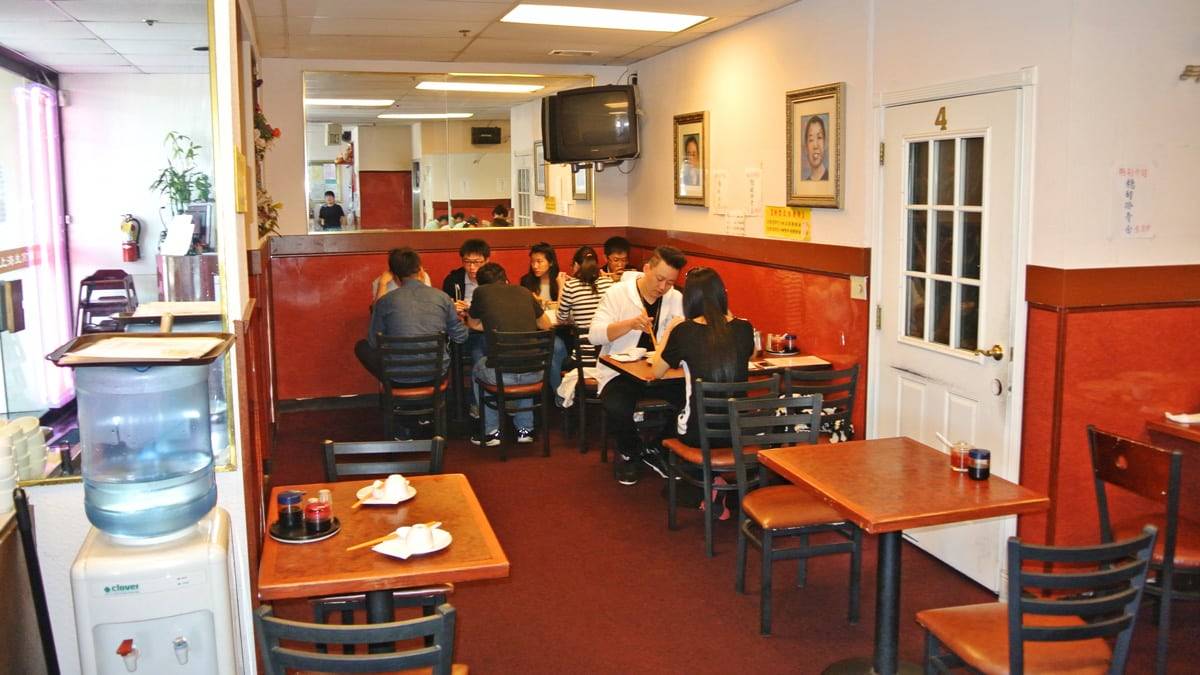 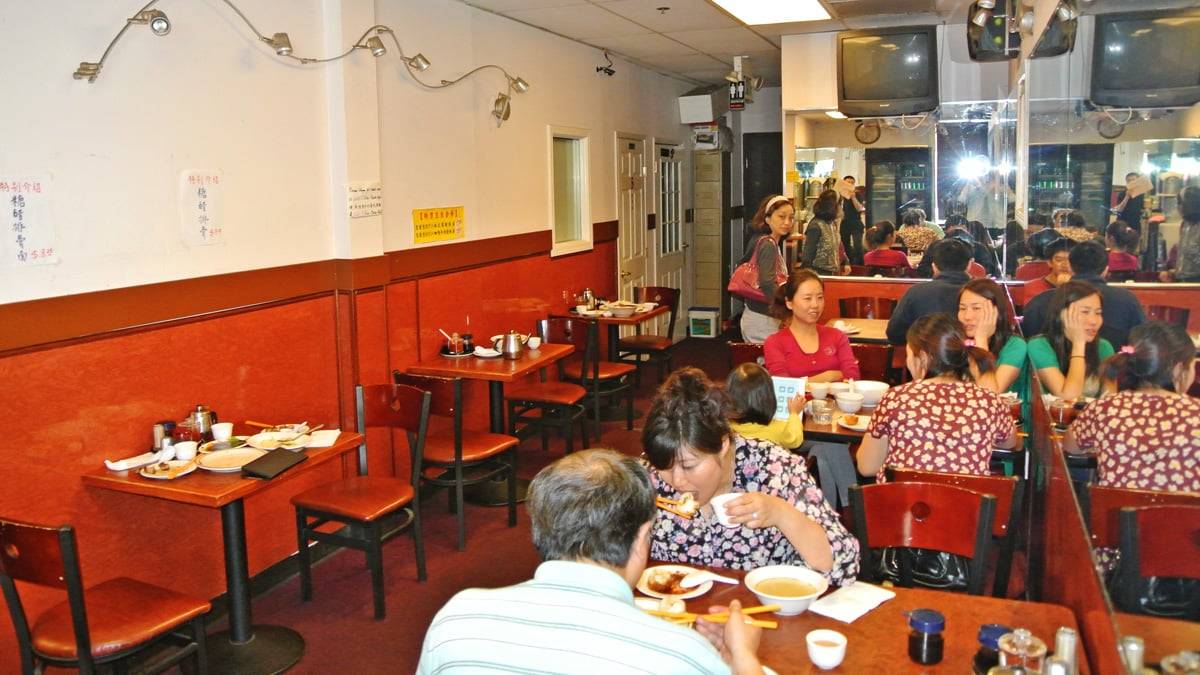 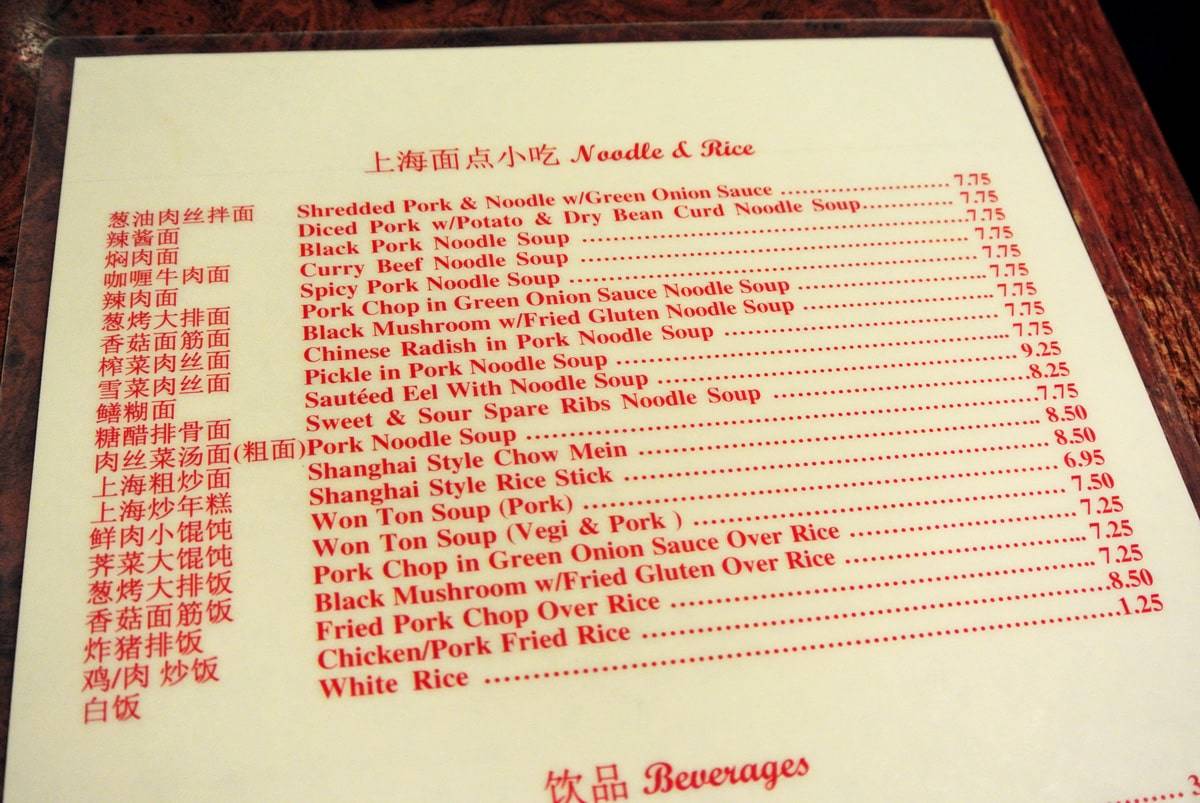 Let’s take a detour and talk about a dumpling variety that tends to get a ton of attention – the Xiao Long Bao aka soup dumpling. I do love them, but it’s become increasingly difficult to find satisfactory renditions of XLB in the Bay Area and I’ve found myself looking for alternatives to the juicy, noodley broth-filled dumplings. This is what really brought me to Shanghai Flavor Shop – to experience the Xiao Long Bao’s cousin – the Sheng Jian Bao.

At $6.75, a plate of Sheng Jian Bao labelled as Pan Fried Pork Bun (6) on the menu, was not cheap to order. But, it was the dish that this remote Silicon Valley shop is famed for, so I kind of had to get an order of six. They were quite large and unlike the more noodley XLB, they each had a fluffy, doughy exterior that encased a big, juicy meatball. Just like XLB, these Sheng Jian Bao had that satisfying burst of juicy, meaty, brothy liquid upon biting in. But, the bottom halves of their fluffy bao bun orbs had been fried until golden brown.

The duality of soft and fluffy to crunchy and crispy was so awesome and the juicy, meaty filling paired with those textures perfectly. If I were being particularly critical, I’d wish for a more aggressively seasoned meatball with more flavor built in inherently built it. But, these were actually quite delicious and worth the relatively steep dumpling price. 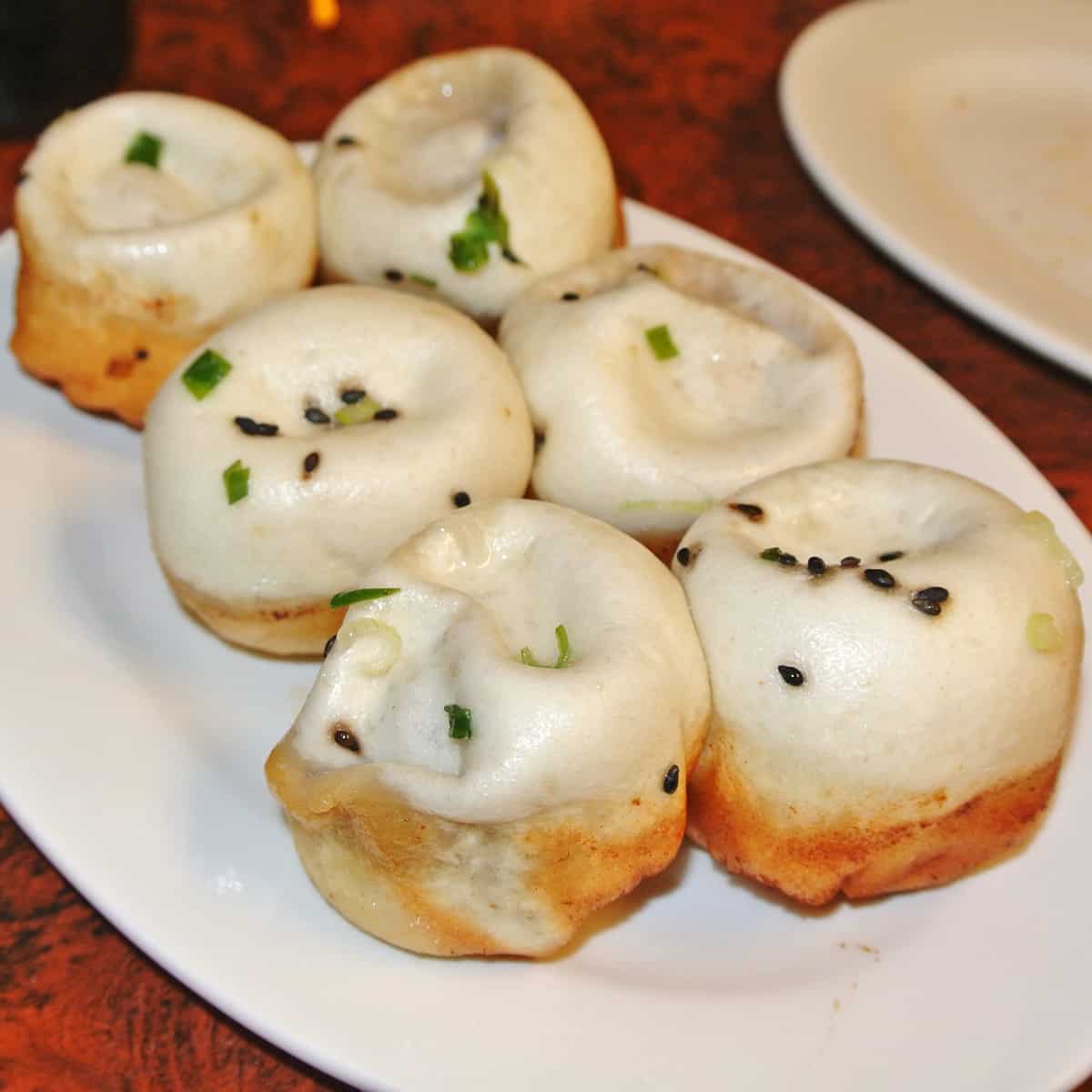 As another another starter, we chose something called Baked Radish Cake (2), which in comparison, only cost a meager $3.50. But, the plate that was brought to us was nothing like the dish we expecting to receive. We were both envisioning those odd pan-grilled, jiggly, rectangular things you often find at dim sum parlors, but this was something completely different.

Instead, what we received were bready, buttery, flaky, puff pastries fill with a dense substance that had a mild, but pleasant onion flavor and a creamy, pasty consistency. This was definitely nothing like what we though we had ordered and these were far too mild for my intense flavor-loving taste. Sure, the buttery flaky exterior was good and there was a nice green onion tinge to each bite, but they each required such a hefty pour of soy sauce directly into each one to make them palatable and not bland. I did actually like them, but certainly not enough to order again. 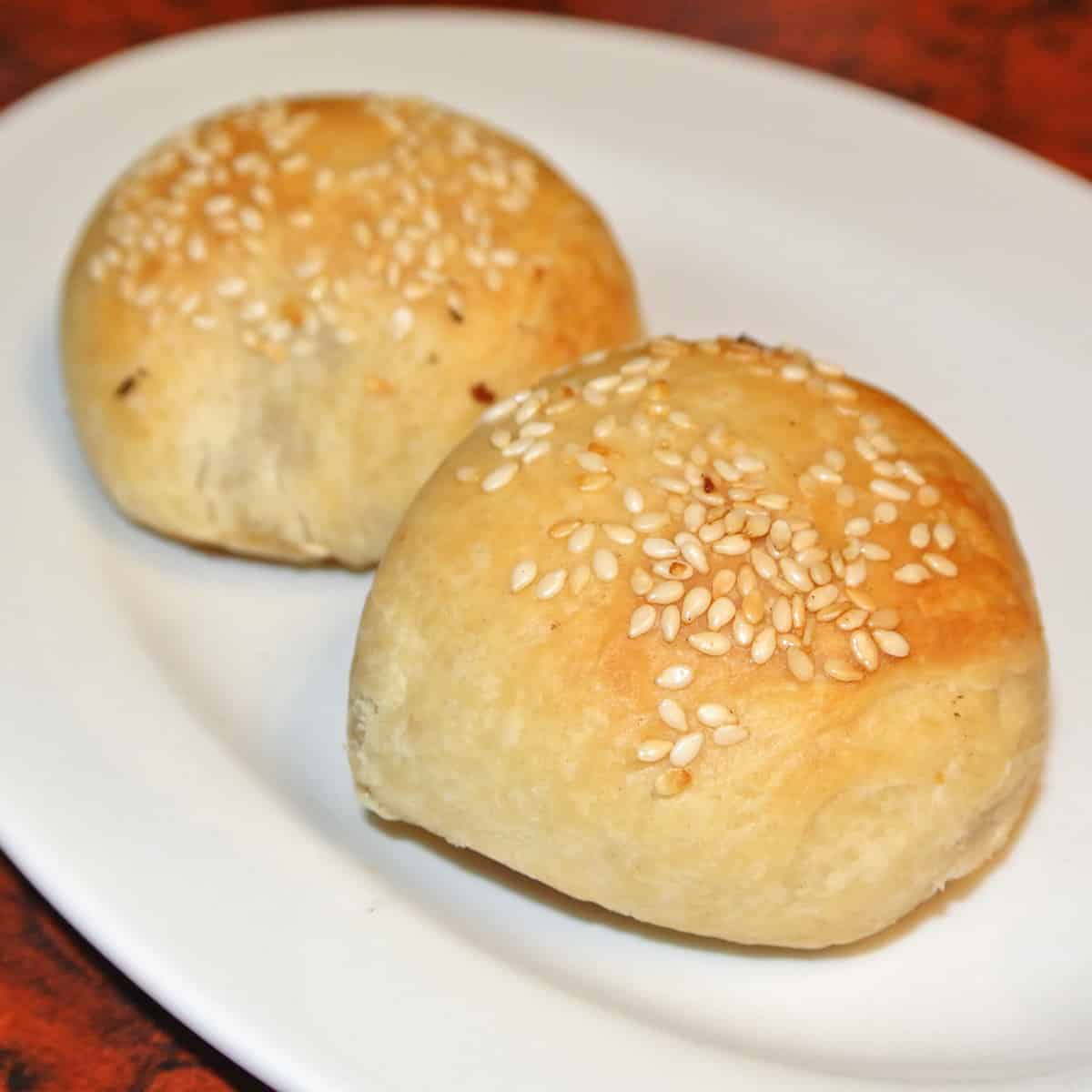 For my main, I asked my waitress for a soup recommendation and she pointed me toward the Pork Chop in Green Onion Noodle Sauce Soup. For $7.75, the portion was way bigger than even my monstrous appetite could finish in a single sitting.

The massive bowl contained a deep, dark, brown broth that tasted shockingly rich and sweet. It had a substantial hoisin and caramelized onion-like sweetness that unpleasantly permeated deep into the hot stock. Hidden beneath this bizarrely sweet broth, there was also a humongous knot of skinny, straight ramen noodles. They were pretty good, but I found that they were a little over-cooked and softer than I’d ordinarily like.

The real reason to order this soup would be for that excessively large pork chop that the kitchen plops directly on top. It was the same type of tender and nicely grilled, pounded-flat bone-in cutlet frequently found in Vietnamese restaurants. However, it was definitely a pain to eat since it was served floating atop a bowl of soup and over squishy noodles. With some strain and effort, I was able to wrangle the tasty morsels of grilled meat off the bones, but it took more work than it was worth. Plus, I wasn’t really interested in the rest of the soup. Despite the good deal and very filling portion, this was a very sweet, one-note bowl of soup that I found quite challenging to actually consume, so I’m not sure I’d order it again. 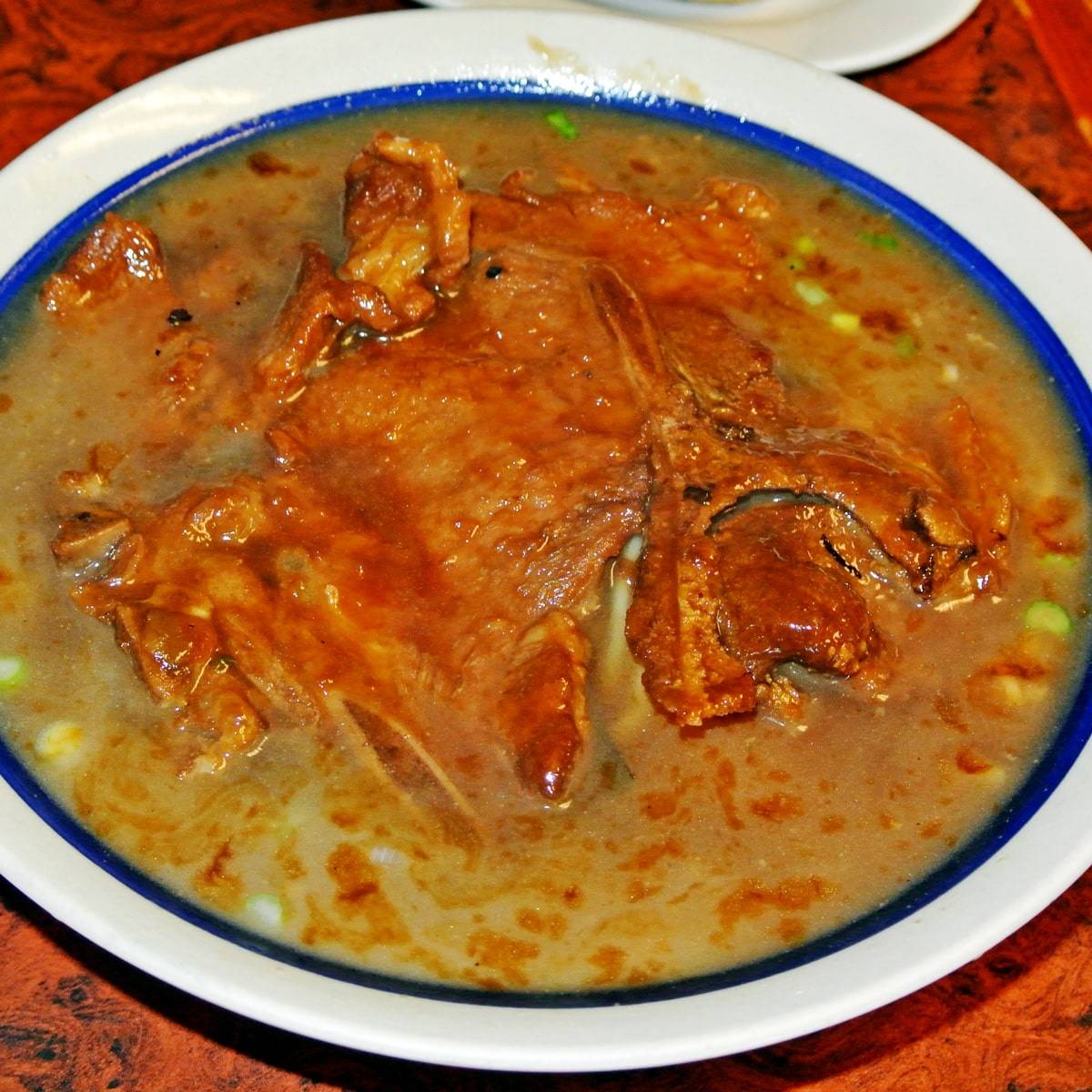 Alternatively, I’d recommend the Pork Chop in Green Onion Sauce over Rice. At $7.25, this simple, dry pork dish was much easier to eat and enjoy. The menu didn’t explicitly state it upfront, but this pork chop was breaded and deep fried.

To me, the texture and flavor of this breading was very similar to the semi-sweet Taiwanese style cutlets I’ve had in the past. It had a really nice deep-fried breading with a very subtle sweetness that balanced with the usual Asian flavors like green onion, garlic, five-spice, and soy. Just like everything else we had ordered, this dish too was relatively light on flavor, though I really did enjoy this basic, Chinese, fried comfort food. 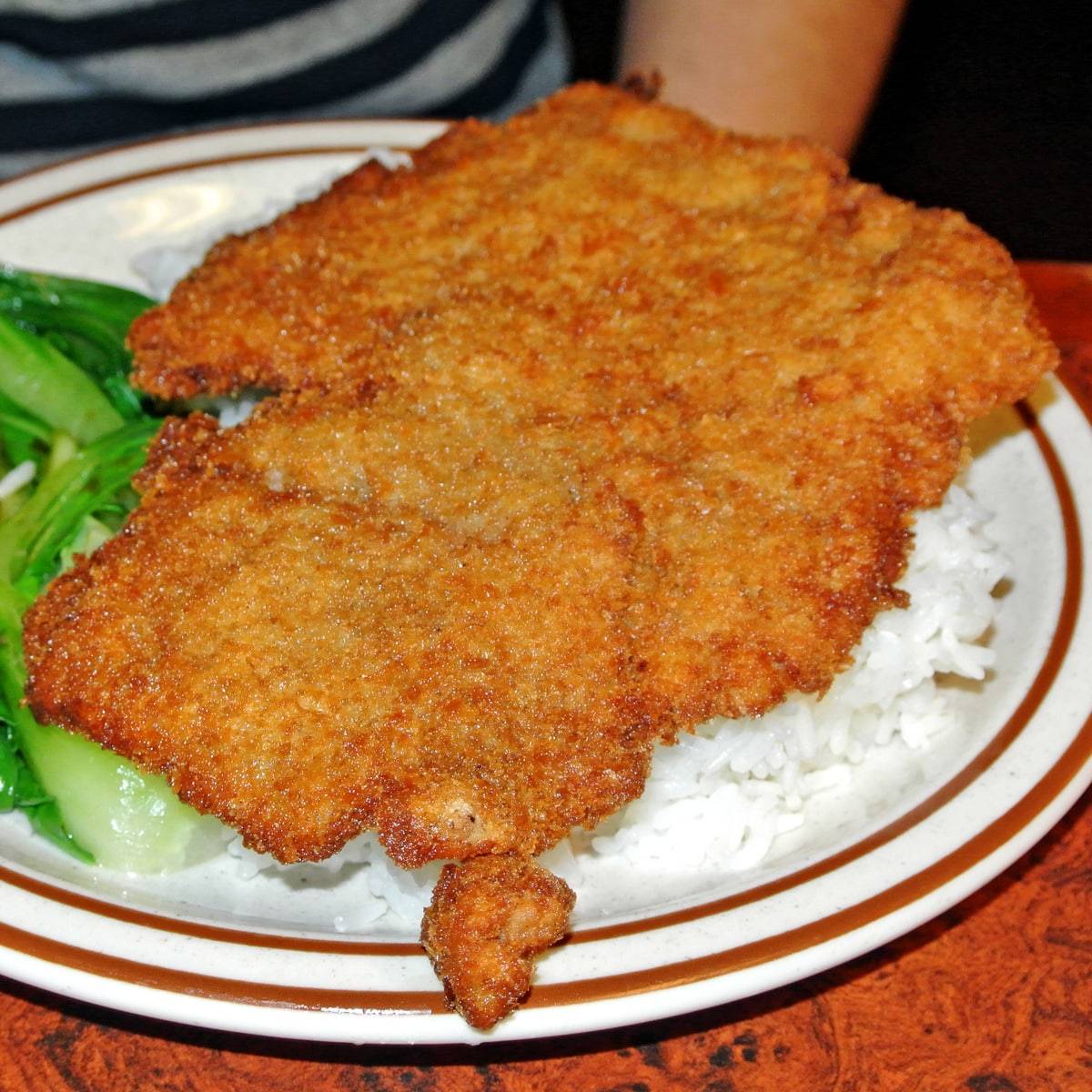 So, while I did enjoy my visit to this dingy, run-down Sunnyvale Shanghaiese shop, I didn’t really find the any of the flavors to be particularly interesting or exciting. With a name like Shanghai Flavor Shop, I really expected them to bring bold flavors in full force, but they did not. Although I can’t vouch for most of the menu, those Sheng Jian Bao were totally legit. I’ll probably return, but mostly just to crush an entire plate of those ridiculously delicious, juicy, dumplings by myself.

Got another interesting dumpling shop that I need to check out? Let me know in the comments below.