I, like most food lovers over the past five years, have become obsessed with big, authentic bowls of ramen noodle soup. In my nationwide explorations, I’ve come across an extremely wide variety in terms of style and quality, but for some reason I have been struggling to find a great, comforting bowl in San Francisco. I’ve had a number of satisfactory bowls, but I was convinced that if I looked hard enough, I was going to find an outstanding version. For a city so close to Japan and the rest of Asian, I was finding it hard to believe that it would be so difficult to find – especially because I had already found perfection in Silicon Valley of all places.

Of all the styles of ramen that exist, the variety I find myself obsessing over the most is the extremely porky tonkotsu broth – made by slow-roasting pork bones for up to 60 hours. There’s something about that absurdly fatty, umami-loaded, richness that I just can’t shake. In San Francisco, I had already begun my exploration for a great bowl in what I thought was the most obvious place to search – Japantown. This had already led me to a few mediocre bowls not worth returning for including ” target=”_blank”>Suzu in the Japan Center West Mall.

This massive, multi-block shopping center is a mess of Japanese eateries and trinket shops, but deep inside, in their East Wing, I think I’ve actually found the bowl I’ve been looking for. Focus your hunt and navigate your way through the maze-like Japanese jungle over to the indoor soup-slinging dojo bearing the name Ramen Underground. You’ll be in for a real treat.

Though many of the most popular ramen shops around the city tend to draw long lines, when we visited Ramen Underground, we had no trouble walking right in and getting a table immediately. It’s a spacious restaurant with plenty of tables, and an internal appearance that matches its dojo-styled exterior. Yet somehow, possibly based on its location in the less trafficked East Mall, it remains hidden enough and far enough off the beaten path that it’s never really that hard to get a table. 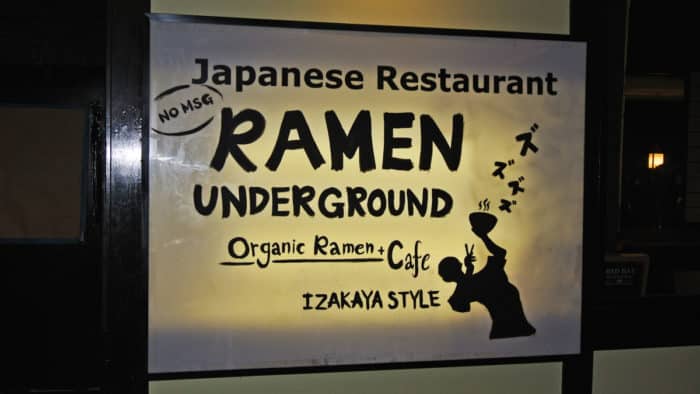 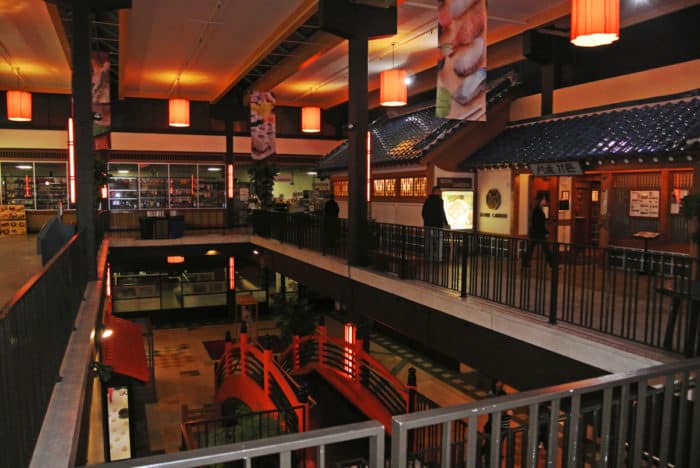 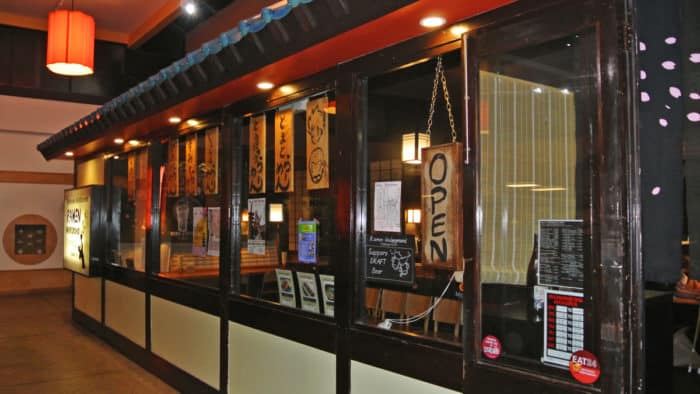 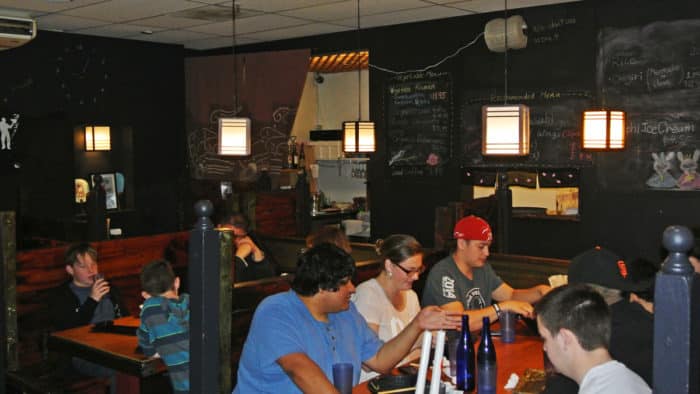 The menu features all sorts of ramen noodle soups and dry noodles dishes, but I honed right in on the exact variety that I can’t get enough of – Tonkotsu Ramen with Egg & Kakuni add-ons. The massive bowl came out lightening fast and looked like it was going to be a great one.

The broth was the first thing I tasted as it’s the hardest element of ramen to master. It was extremely rich and pretty darn salty – so enriched with pork bone fat that it took on an almost milky quality. And sunk into that glorious broth was an enormous bunch of simple, skinny, straight, al dente ramen noodles – a perfect pairing executed just right.

The bowl of soup also included a couple of slices of pretty decent char siu sliced pork, but I’ve definitely had better elsewhere. Instead it was the kakuni – stewed pork belly – that I added on that I still find myself dreaming about today. These enormous hunks of barbecued pork belly were absolutely ridiculous and a truly essential add-on, if you ask me. They were meaty, fatty, crispy, and tender had a really nice, sweet, barbecue glaze that further enhanced the already rich and flavorful broth.

Additionally, I added a nicely executed soft-boiled egg with semi-soft yolk to the mix – cooked to just the right firmness. I broke it up into the broth and stirred it up so that the yolk could integrate into the bone broth for even more richness.

And finally, there was one more thing included that you don’t usually find in tonkotsu bowl – vegetables. There was a fistful of dark green spinach and brown mushrooms sunk into the soup. This veggie intrusion may have been an aberration from the standard formula, but it was still a pleasant and welcome addition to round out the bowl and add even more flavor and texture. 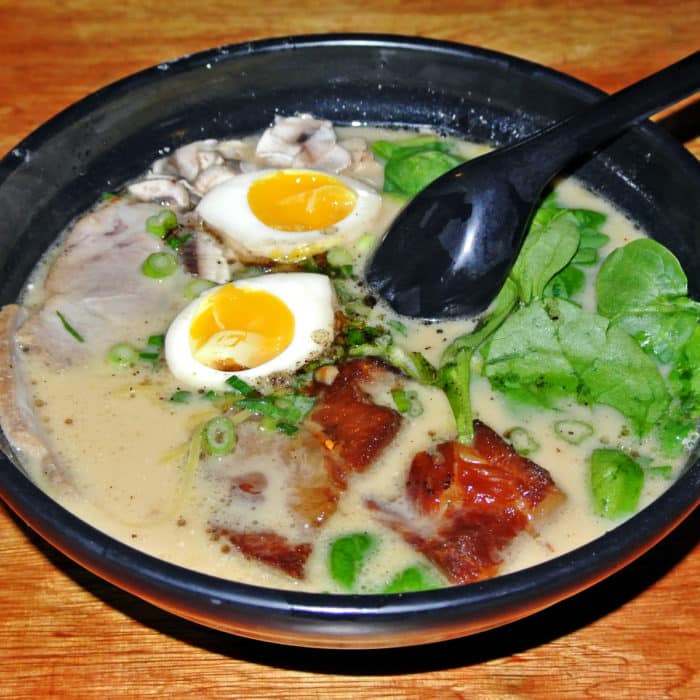 So, between the deeply bold broth, mass of perfectly al dente ramen noodles, and extraordinarily tender hunk of barbecued pork belly, I thought this was an incredibly delicious bowl from start to finish. Everything about the bowl was filling, soothing, extremely flavorful, and very reasonably priced. Even with the egg and pork belly add-ons, the cost of the bowl only went from $12 to a still very sensible $15. I certainly wouldn’t suggest skipping out on those delicious add-ons for the nominal $3 upcharge. I’m happy to be able to say that I have finally found a reliable go-to ramen shop in San Francisco and the bowl of tonkotsu I had been looking for.

Got another excellent ramen shop in San Francisco that I need to check out? Let me know in the comments below.