Alright, today I’m gonna throw it back. Back to the time when I was living in NYC and the inevitable boozy Sunday brunch ritual was both a reality and a necessity. Sure, San Francisco has a thriving brunch scene with plenty of interesting versions of Eggs Benedict and brunch cocktails, but I just haven’t seen the boozy excessiveness on the same level.

In NYC, it’s all about that All-You-Can-Drink brunch deal – probably more so than it’s even about the food. After repeatedly partying until 4 in the morning on most Friday and Saturday nights, everyone in NYC seems to need a strong dose of hair of the dog to get through the following morning’s brutal hangovers. I used to have a solid rotation of AYCD brunch spots, including Yerba Buena and the now defunct Bone Lick Park BBQ. But, one of the more fun places I’ve gone was a place called Agave in the West Village where the margaritas flow like water and the partying from the night before doesn’t stop.

It may not look like a party hotspot from its external appearance, but looks can be deceiving. Like clockwork, every Saturday and Sunday morning, this shiny, fancy-looking place gets packed to the gils with hungover, strung-out party-goers looking for a full belly and a massive pitchers of margaritas. For $29.95, each person will get to select a main course while indulging in two hours of bottomless mimosas, wine, or margaritas. Without question, the margaritas are the move. 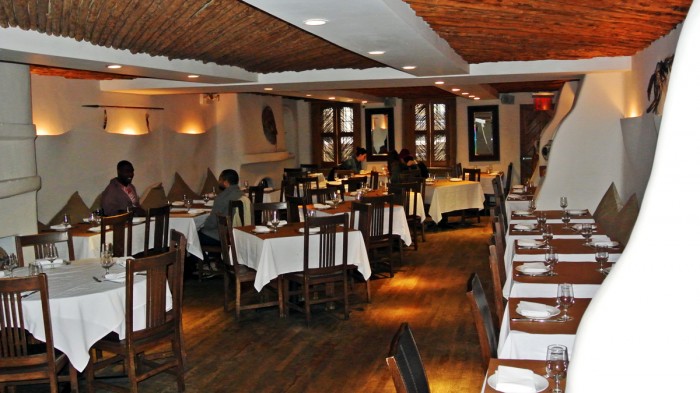 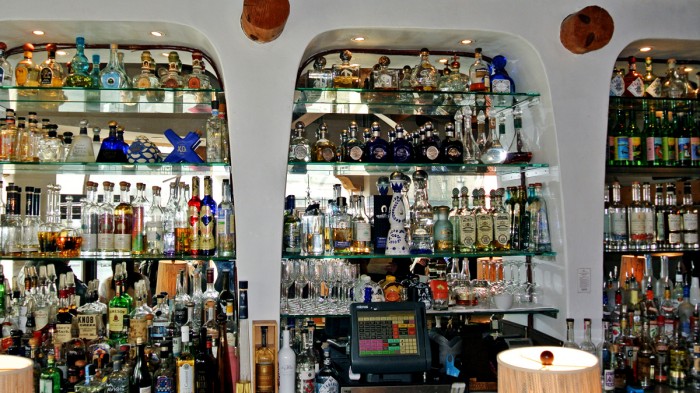 So yeah, those margaritas – they’re very boozy, but still quite flavorful and delicious. They’re made the right way with fresh lime juice and pretty decent quality tequila – a nice surprise for a place that caters to brunchtime ragers.

Unlike most margaritas in NYC, they were not cloyingly sweet or syrupy – these were margaritas I’d actually order outside of AYCD brunch. In fact, both the on-the-rocks and the frozen varieties were some of the best margs I’ve had in NYC. You’d better believe we drank a boatload of them over the two hours that they flowed freely. 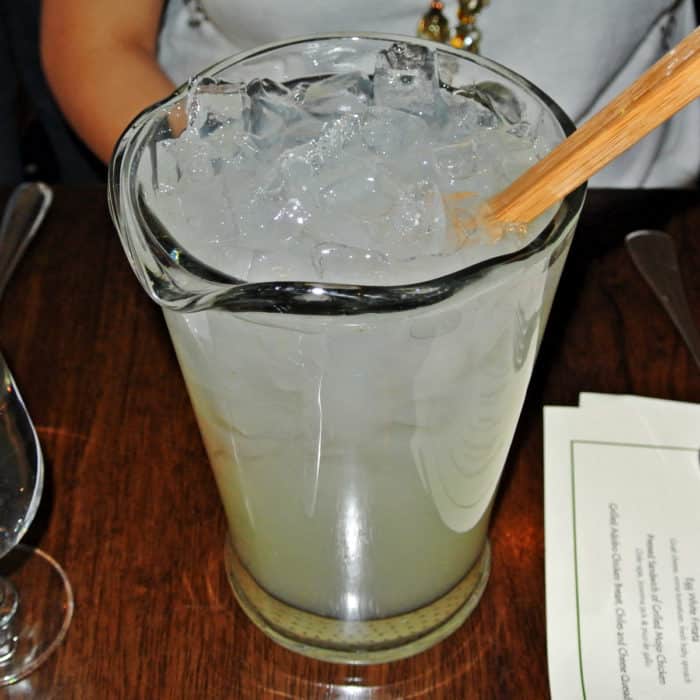 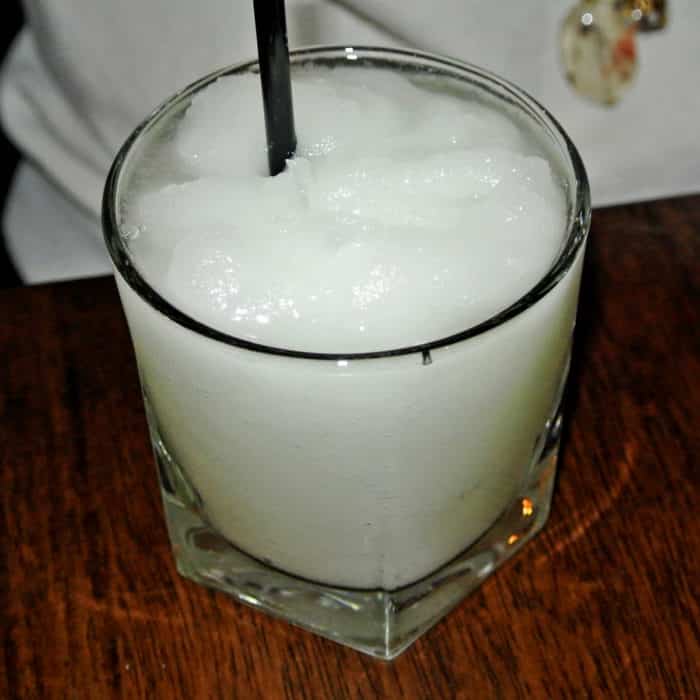 Margaritas On The Rocks & Frozen

And while we dove headfirst into the deep pool of unlimited margaritas, we also gorged on some salty shared plates for the table. We got a few orders of Hand Hacked Hass Avocado Guacamole which came served inside a fried tortilla bowl along with a mountain of warm, salty, blue corn tortilla chips and a trio of salsas. The guacamole was smooth and creamy with plenty of cilantro, onion, and lime built into the dip. It was tasty, though I recall feeling like the portion was small for the price.

And since this was a Mexican restaurant, it only seemed fitting to order Huevos Rancheros as my brunch main course. My eggs came served over layered tortillas and under a heaping mixed up pile of beef & pork chili, guacamole, sour cream, lettuce, and tomatoes. As I dug into the dish, I did the obvious thing – I popped the runny yolks and mixed them throughout all of the creamy toppings.

The eggs paired particularly well with the spicy, flavorful, meaty chili. And just because I couldn’t resist, I also added a generous shake of Cholula hot sauce over top – I think this really kicked the dish up a notch and brought all of the parts together. Cholula and Mexican food is a match made in heaven. If I’m being completely honest, at this point in the meal I had probably already consumed enough margs to make shoe leather taste good, but I really do think this dish was actually delicious. 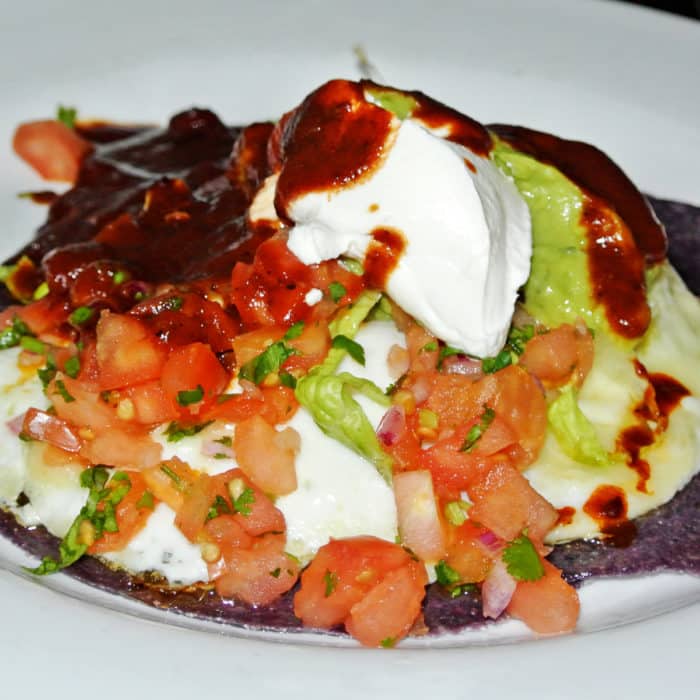 In conclusion, this was a definitely the kind of place where youthful groups of friends to come and drink, celebrate, and get their rage on. The margaritas are much, much better than they need to be and the food is pretty darned tasty. So, I think between the limitless pitchers of killer margaritas and solid Mexican brunch food, Agave has proven itself to be a great spot for AYCD boozy brunch in the West Village.

Got another boozy brunch spot in NYC worth checking out? Let me know in the comments below.