The place is called House of Thai and unfortunately, it’s situated square in the heart of the Tenderloin. As much as I’d like to pretend it’s pleasant to get to this place, it’s not at all and the neighborhood’s street dwellers make it more than obvious that I shouldn’t be wandering around there. Even midday on a Saturday, the area was still crawling with strung out junkies and passed out homeless people. But, my desire to try new foods always wins out over my resistance against walking through the neighborhood. The Tenderloin is just loaded with so many noteworthy Thai places like Lers Ros, Sai Jai, and Zen Yai – House of Thai was just one more place I had to check out and check off my list. 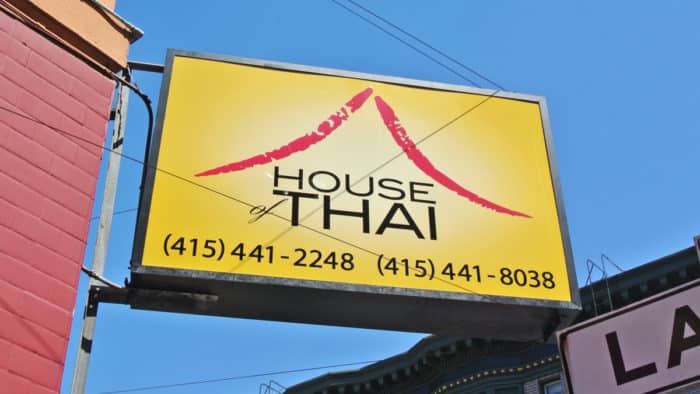 It’s quite a spacious restaurant with a clean, casual vibe – a welcome departure from the rough and filthy streets outside. There were plenty of patrons dining in, but it certainly didn’t feel crowded. Another draw was the particularly cheap prices. Also, the atmosphere was pleasant, but there was one real reason I knew I needed to stop in – Naked Ladies.

No, not actual naked ladies. I’m talking about the hard to find Thai dish called Naked Ladies. It’s a dish that consists of large, completely raw shrimp, dressed heavily with chile peppers and a ton of citrus. It was this alluring raw seafood dish that had drawn me into the Tenderloin on this day.

The shrimp came swimming in a bright, vinegary sauce that was incredibly addictive and truly packed a mean punch. The main feature, raw shrimp, didn’t actually impart much flavor to the dish, they were really more about their fresh, soft, tender, snappy texture to the aggressively bold, citrus, sour, spicy sauce the dish came dressed in.

I actually only ordered the dish “medium” spicy, but hot damn this stuff kicked. It’s definitely the type of food that absolutely begged for a cooling bite of white sticky rice in between each forkful even though I didn’t particularly love their sticky rice at House of Thai – I found that it was a little dense and clumpy. But, if you’re getting this dish, rice is an absolute must-order. I can’t even imagine how insanely hot “hot” might have been.

In addition to the Naked Ladies, I also went for another hard to find Thai dish that I read about on Foursquare called Sai Oou. It’s basically sliced, deep fried Thai sausage that is intended to be made into lettuce wraps. Sounds simple enough, but it’s still not something you find at Thai restaurants very often. That sausage was actually really delicious too – it was quite spicy, had a snappy exterior, and loose packed filling.

Along with the sausage, the plate included peanuts, raw red onion, sliced fresh ginger, little lime wedges (yes, with the rind still intact), and large pieces of chopped Thai bird’s-eye peppers – seriously – bird’s eye chiles. My waitress instructed me to peel a layer off the included cabbage to make a little lettuce wrap, so that’s exactly what I did so that I could stuff it with all of these elements.

First of all, those peppers were insanely spicy. Jesus Christ on a crutch, House of Thai knows how to bring the mother-fucking heat. I started off by including a piece of pepper in every wrap I assembled, but I had to completely leave them out of subsequent bites as the heat became too intense for me. And the lime wedges, you eat them whole – yep, with the rind on! And it’s really good. It’s one of the only things in there that has any chance of cutting the heat from both the sausage and bird’s eye peppers.

This was certainly a very bold and spicy dish that somehow still tasted flavorful and not just hot, but when compared to the naked ladies, it was most certainly the milder of the two. Even the sticky rice couldn’t compete with the heat in that other dish – so this one was my heat reprieve despite its notable spice. 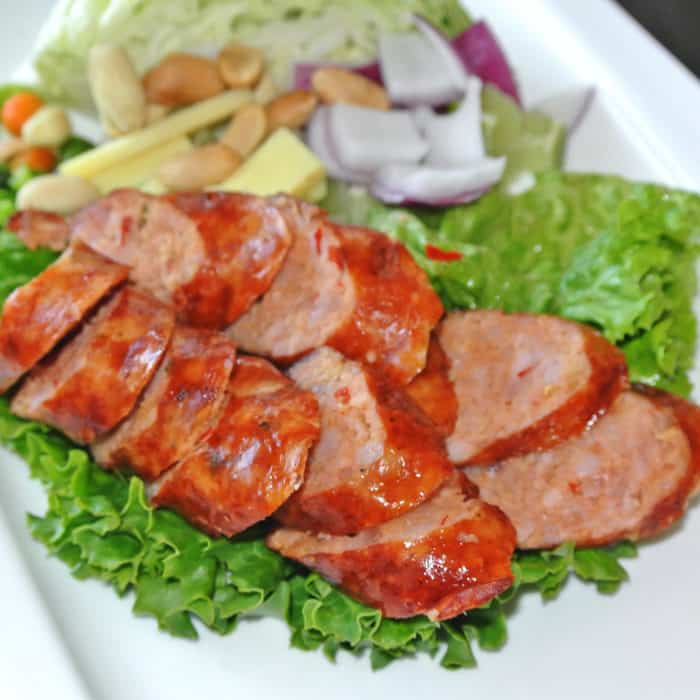 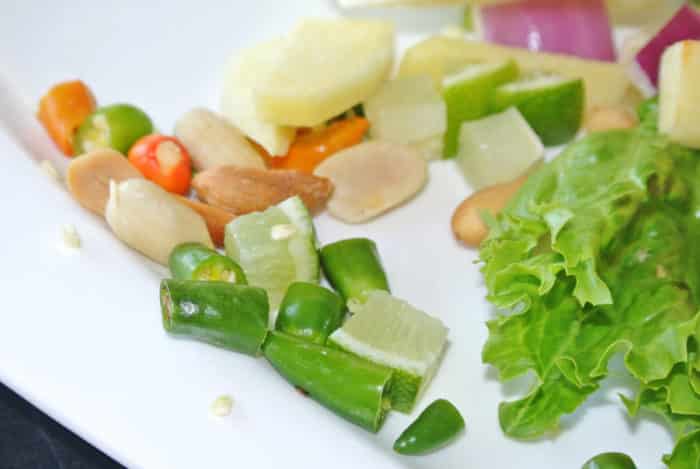 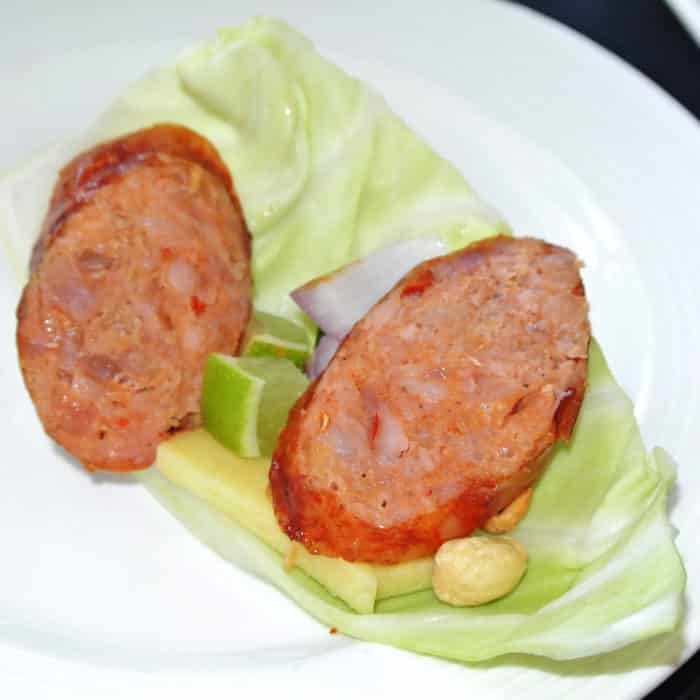 So, I had a pretty incredible experience at House of Thai. If you’re like me and love to seek out unusual dishes or extreme heat, House of Thai is a great place to get your fix of both at the same time. All of the flavors in the dishes I tried were really bold and the prices were impressively cheap, though I still don’t really love trekking through the Tenderloin to get there.

Got another great Thai restaurant in SF that I should check out? Let me know in the comments below.