If there’s one dish that the Bay Area does better than anywhere else in the country, it’s most certainly the burrito. Even in Silicon Valley, where finding anything decent to eat is a challenge, there are a number of more than just passable options. Through my exploration of Sunnyvale, I’ve found Taqueria Latina, Ruby’s Taqueria, and in the neighboring town of Mountain View another excellent shop called La Costeña.

Whereas the former two are pretty classic Mission style Mexican, I think that La Costeña’s creations lean closer to Cal-Mex. The shop is a little brighter and a little cleaner than the others and the produce is super-fresh tasting. It’s just that I’ve found that the flavors tend to deviate just a bit from the truly traditional Mexican flavors – hence Cal-Mex.

But, in my mind, what really separates La Costeña from its competitors is their vast range of meat offerings and ridiculously massive portions. To be honest, La Costeña first got my attention based on the Guinness World Record they set in 1997 for The World Largest Burrito. The burrito weighed in at 4,456.3 pounds and was measured at 3,578 feet long – that’s just absurd. But, this excess in size and portion doesn’t just stop with their World Record winning gimmick.

Everything they serve in the shop is beyond over-the-top in size and reasonably priced to boot. Seriously, these burritos are bigger than your head and I’m not even talking about the biggest size they offer. I looked over the menu then spotted the burrito sizing chart also hanging on the wall.

A burrito chico (for little boys) is approximately the size of a Chipotle burrito. The regular (which is what I got) is even bigger, longer, and thicker. And the Super Burrito is approximately double the length of the Regular. You’ve gotta be a little bit of a sociopath to attempt that one yourself. And you want to know what the most amazing part is? Even the Super Burrito costs less than $10. 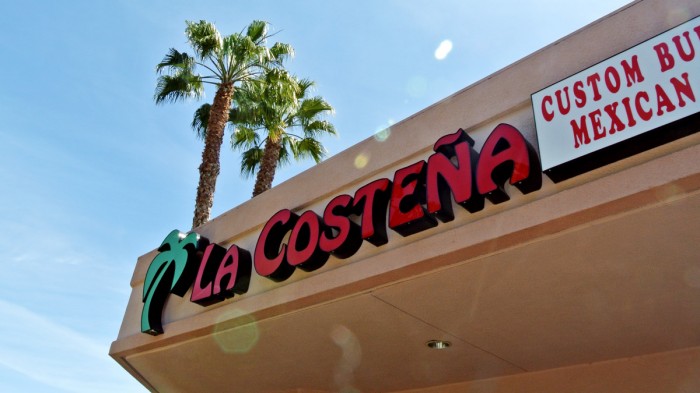 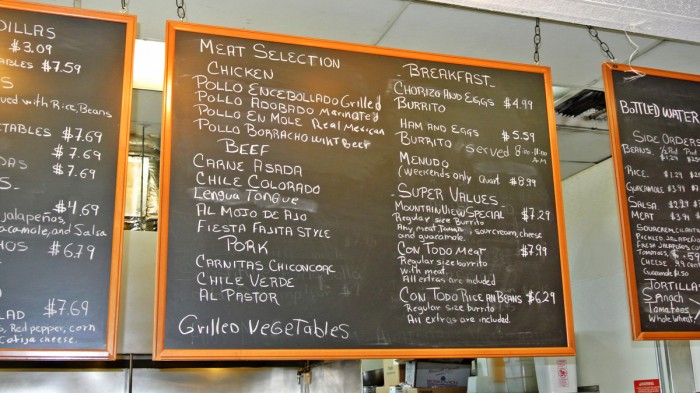 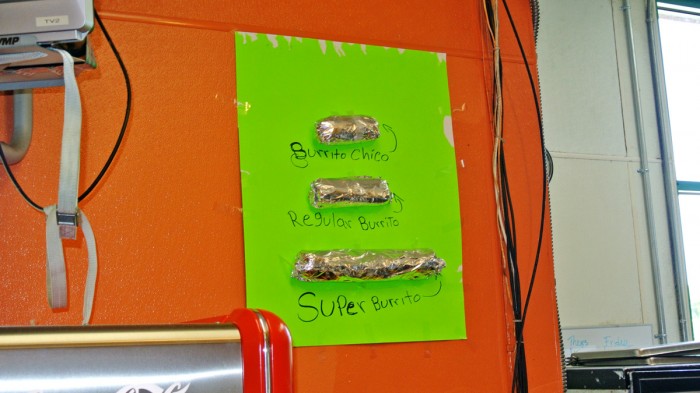 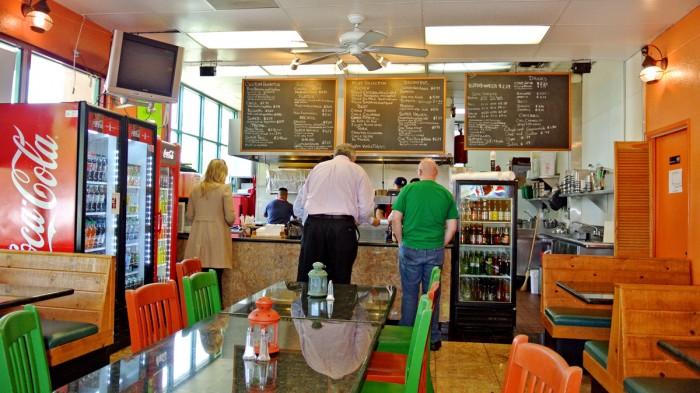 For my meal, I selected the Regular sized Chicken Mole Burrito con Todo because I happen to love mole sauce and I wasn’t feeling crazy enough to attempt crushing an entire Super Burrito by myself. I’ve been a long time fan of that classic Mexican spicy, rich, and chocolatey sauce and haven’t yet found a version I don’t like. To wash it all down, I selected a bottle of the classic full-sugar Mexican soda called Jarritos in a bright, sweet, citrusy limón flavor. I think it’s the perfect beverage to guide this sort of big, rich, hearty, meaty meal straight down my gullet.

And I’m really not kidding about the absurd size and weight of the burritos at La Costeña. Even the reinforced paper plate they served mine on couldn’t stand up to its obscene heft. Really, this bad boy was so big and girthy that I was easily able to stand it up on its own like a chubby little baby wobbling on its legs by itself for the first time.

But, these burritos are actually good for more than just over-stuffing your belly and getting a good bang-for-your-buck – they’re delicious. I peeled back the foil to reveal a fresh, stretchy, pliable tortilla wrapped around a mass of fillings that included yellow rice, black beans, salsa, guacamole, chicken, a variety of fresh vegetables, and of course plenty of brown mole sauce. I was a little surprised to find that the veggies inside were served quite cold in contrast to the other piping hot fillings. But, it wasn’t more than a few moments before the hot meat warmed those other fillings over.

The mole was really tasty too, but it was perhaps not as thick, rich, or chocolatey as other versions I’ve had elsewhere. This wasn’t necessarily a bad thing though. Sometimes I find that those deep, dense, dark brown versions are a bit to sticky-sweet for me and overwhelm the rest of the ingredients. That was definitely not the case here, it just complimented all of the other parts – especially the tender chicken – quite well.

And if you even questioned whether I was going to finish the whole thing in one sitting, you clearly do not know me very well. That behemoth was a goner. 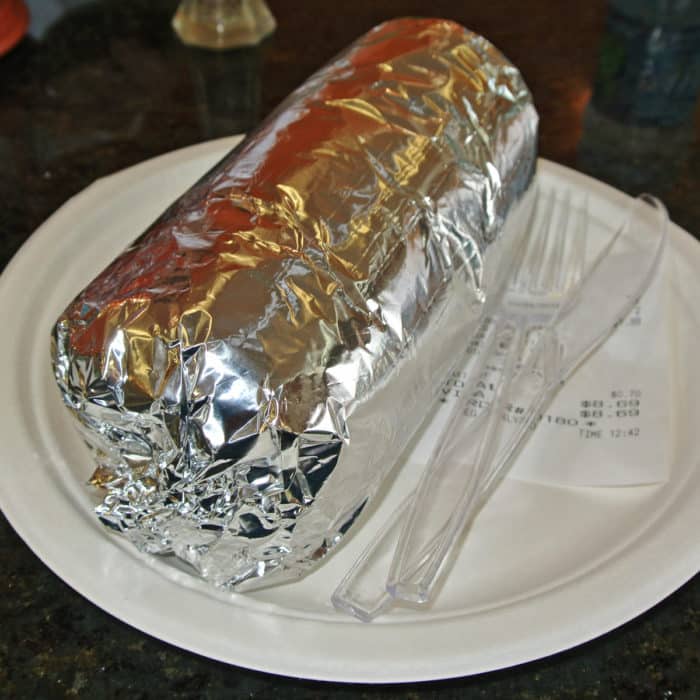 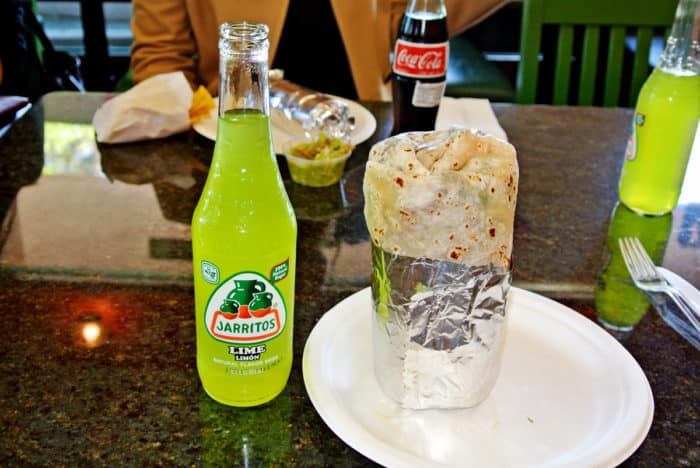 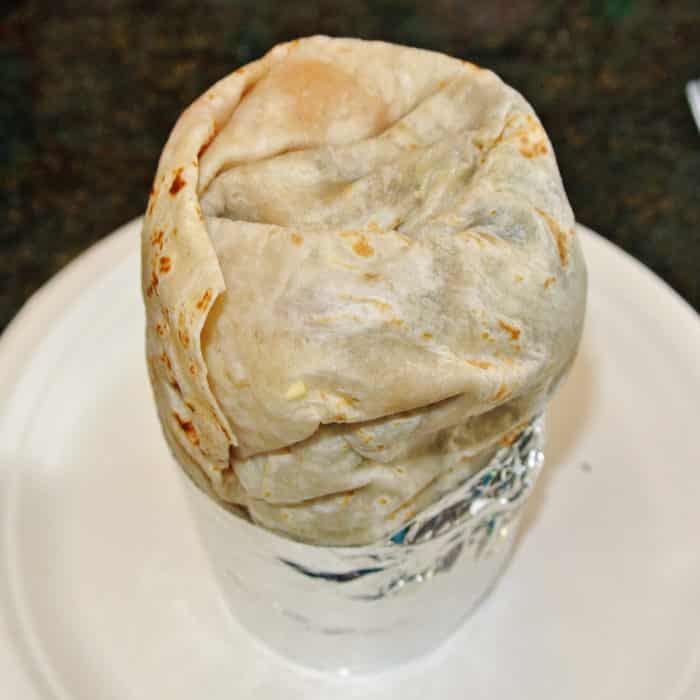 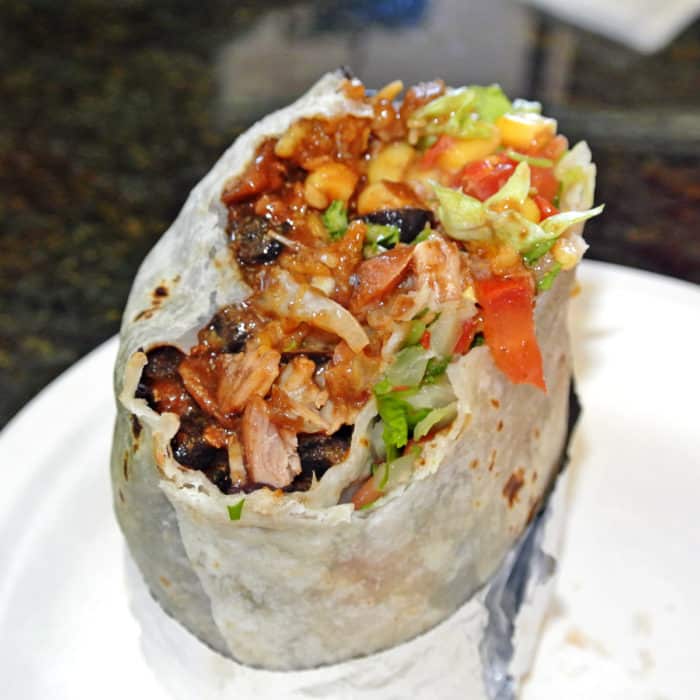 So, if you’re in Silicon Valley and want to fill up on the cheap, La Costeña would be more than happy to oblige your request. They earned their Guinness World Record all the way back in 1997, but I think they can continue to proudly wear that honor based on the enormous, delicious burritos they’re still producing today.

Got another great and filling Mexican spot in Silicon Valley I should check out? Let me know in the comments below.