One night a few weeks back, a friend who lives in SF called me to up to ask if Amy and I were free that evening. She and her fiancé wanted to go out for a dinner double-date night and it was up to me to pick the place. Amy and I were not feeling particularly great that night so we decided that ramen would be the perfect pick for a low-key double date that could provide us a delicious meal and make us feel great. I had heard particularly good things about a strange, little place in Japantown called Suzu so I selected that as the destination for all four of us to head to that evening.

Japantown is a particularly unusual part of San Francisco. The architecture and decor throughout the neighborhood reads as stereotypical Japanese with hotels, dojos, temples, and apartment complexes covering most of the land. The neighborhood also includes a couple of large malls including the Japan Center Mall where Suzu is located.

I guess people must go shopping in this mall – though I’m not sure for what besides traditional Japanese plates and chopsticks. In fact, inside the mall, right across the way from Suzu there’s a place called, ahem, “Neat Asian Things” that sells all sorts of… neat Asian things. But, in my mind there’s really only two reasons to go to these malls: 1) a cheap meal from one of the many authentic Japanese restaurants or 2) a zany, off-the-wall experience at a place hiding upstairs that I’ll speak more about later. 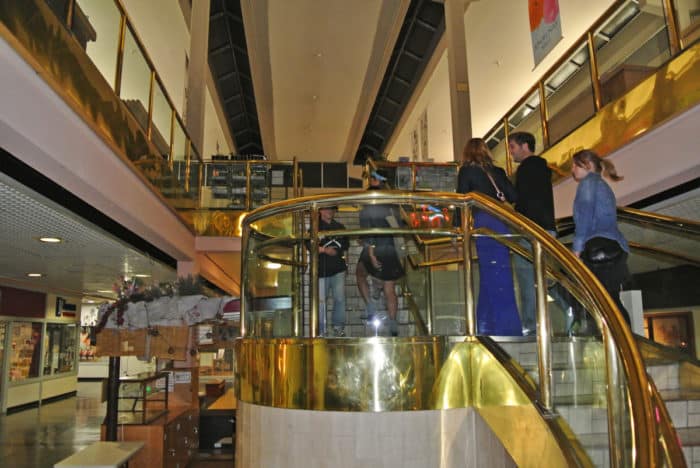 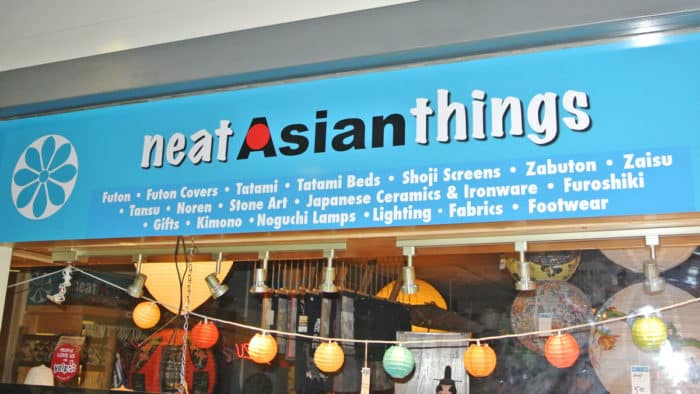 Suzu is a rather popular ramen shop and lines often build out the door like they do at most popular eateries in San Francisco. As soon as you arrive, put your name down on the clipboard and you’ll be seated soon enough. 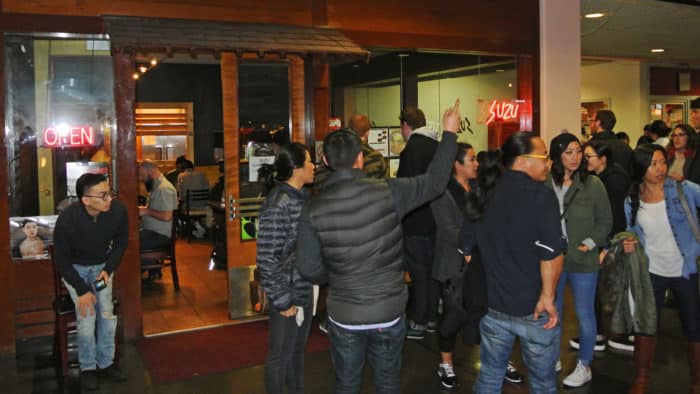 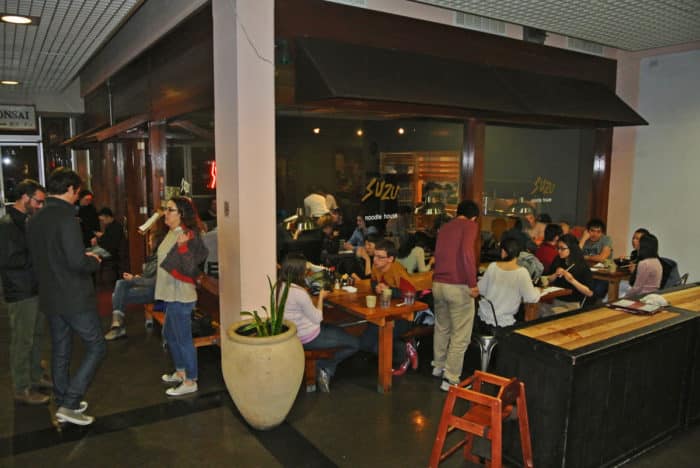 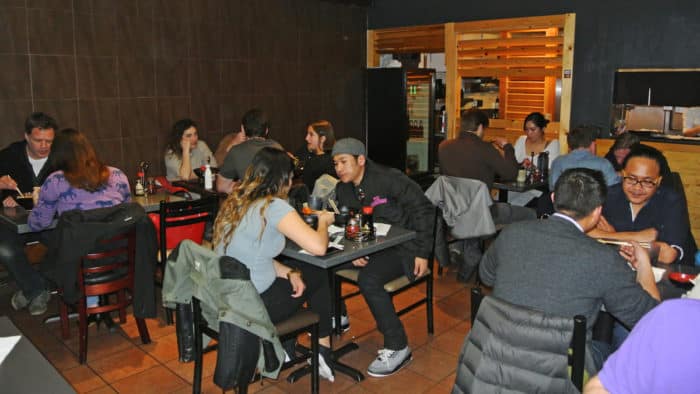 Since it was already pretty late, I wanted to get an appetizer out onto the table as quickly as possible so I selected my Japanese ramen shop go-to: Karaage. I’ve found in the past that this boneless fried chicken dish is often both a strong and safe pick at places like this. This one was passable, but I’ve certainly had better. Places like Silicon Valley’s Orenchi, Maru Ichi, and Shalala all come to mind as having made better renditions. The exterior here at Suzu just couldn’t compare to the much better, crisper, fried versions I’ve had elsewhere. Still, it was a fine way to kick off the meal. 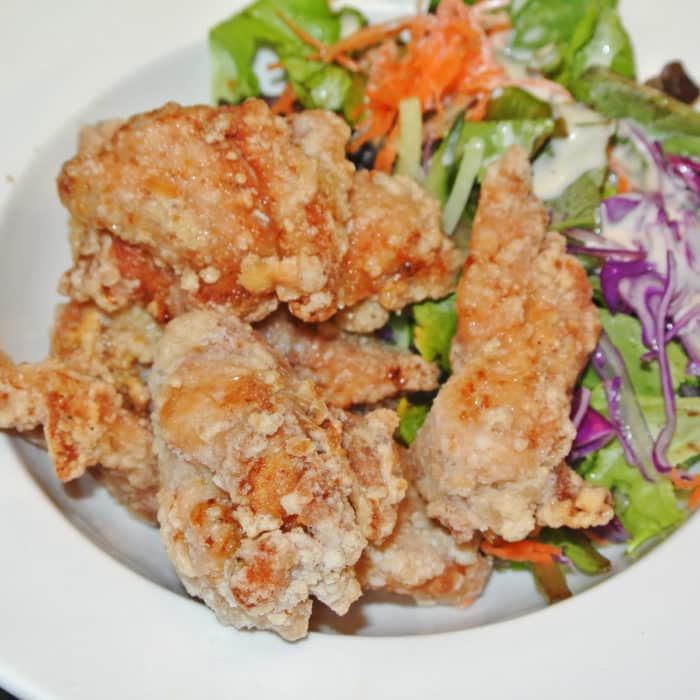 The real purpose of this trip was for a big, steaming, hot bowl of ramen. Online tips indicated that the Miso Ramen was the way to go and that I should order it with a spicy sauce on the side. This soup was actually pretty good and very reasonably priced though once again, I’ve definitely had better renditions elsewhere in the area.

The broth wasn’t nearly as complex as the benchmark of Bay Area ramen greatness at Orenchi or as thick, bold, interesting and unusual as the version I’ve enjoyed at Maru Ichi, but it was certainly pleasant enough return for another when I want a no-hassle bowl near home. The spicy chile sauce add-on was definitely worth the extra buck – it really helped open up the broth’s flavor and added a lot more interest to the not particularly inspiring default bowl. That sauce was delicious and really packed a punch so don’t be afraid to use the dark, chunky one liberally to wake the bowl of soup up – that’s exactly what I did.

The pork was also just fine – perhaps a little dry compared to the transcendent hunks of pork belly I’ve found elsewhere. And the egg was cooked too far in my opinion as well. I usually prefer my ramen eggs prepared soft-boiled with a still runny yolk that I can break up and mix it into my broth. Oh well.

But, there were still some elements of this bowl that I really liked. The noodles, for instance, were outstanding. They were cooked just barely to al dente and had a wonderfully springy, chewy texture that I absolutely adored. The price too was a big plus on this bowl. I really do hate paying an arm and a leg for a bowl of soup, but at Suzu I was able to get a big, cheap, filling, comforting bowl of ramen for under ten bucks. 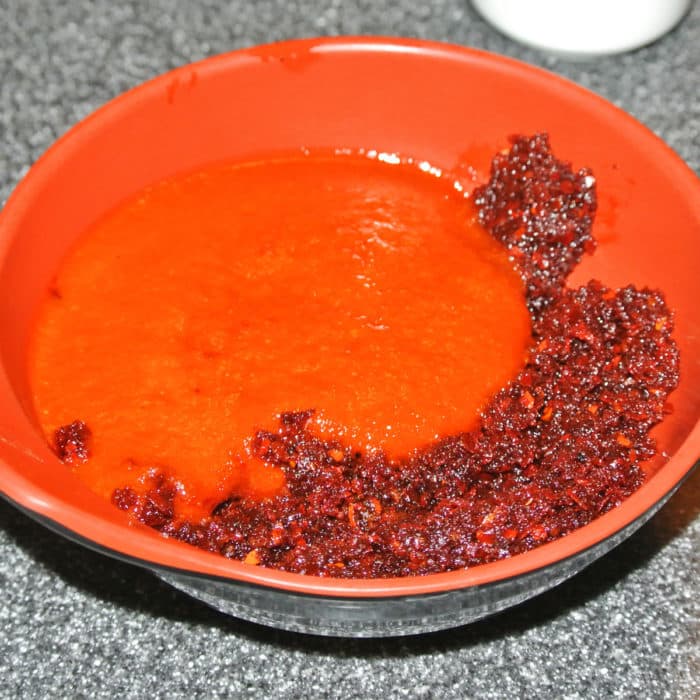 Now, I know it’s hard not to over do it when you go out for ramen, but trust me when I suggest not to over-stuff yourself before the second half of this date night. In the same mall, one floor up, literally on top of Suzu, there’s a crazy place called Pika Pika. Pika Pika is a Japanese photo booth shop and to be honest, it’s a little intimidating to even step foot inside, but I highly suggest you do venture in and take that leap of faith. Things are bound to get REAL SILLY.

Pika Pika is basically a big room stuffed to the gills with totally insane, very-involved, bizarro-world photo booths imported directly from Japan. They are by no means cheap to use – they cost between $10 and $15 per session – but they are also not just ordinary, old photo booths by any stretch of the imagination. Also, the fun will last you a lot longer than you might expect.

Each booth has a designated difficulty level – yes, you heard that right – a difficulty level. We selected a relatively high difficulty level even though this was our first visit because we’re crazy like that. The photo booth spoke only in Japanese and ran on a rapid countdown timer and had crazy animations that flew around screen prompting us though the process while giggling Japanese voices chirped at us overhead. Using this machine required fast movements, rapid decision-making, and a whole lot of creativity. It got pretty intense.

The interior of each booth is definitely more complicated than any other photo booth I’d ever been in before. They have a sort of spacious green-screened mini-stage in there and you need to efficiently select your backdrops then dash over to pose on the stage before the next 16 second countdown begins. Repeat, repeat, repeat!! You have to do this eight times and it’ll definitely get your heart racing.

Once you’ve completed the capture portion of the photo booth, you’ll be led out to a different curtained-off section nearby where you get to overlay digital stickers and illustrations on top of each of your already insane photos. This part is just as complicated as the photo-taking and to be honest, just as fun. This whole process is totally wacky and so much fun from start to finish.

Once we had completed decorating our photos as desired, the machine shot out a photo print that we could take home with us. Sure enough, well over half an hour had passed while we were inside taking and making these photos so the $10 price-tag didn’t seem so steep or ridiculous any longer. 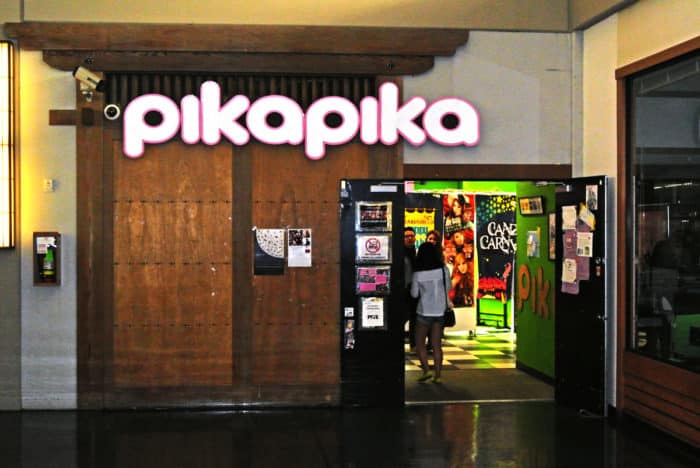 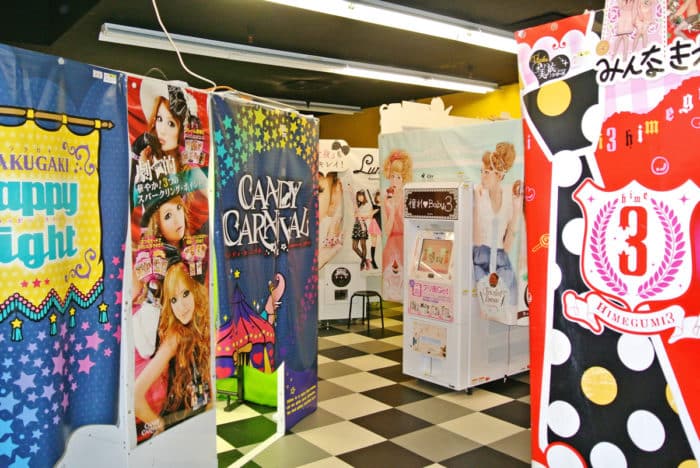 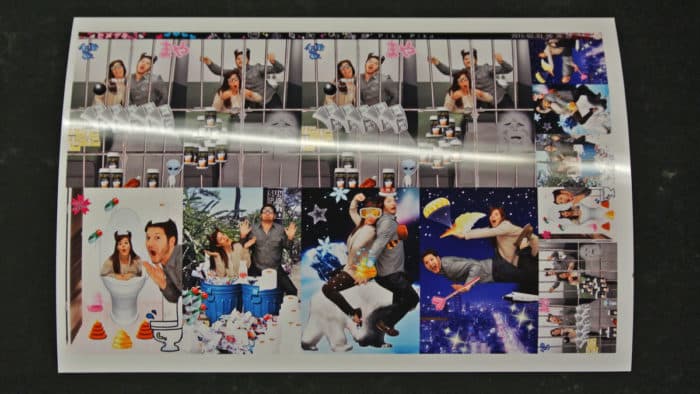 So, if you’re looking for an usual spot for a themed double date night, follow my lead and head to Japan Center Mall in J-Town. Though the ramen at Suzu wasn’t particularly inspiring, it was still good enough to stop in for a bowl especially when followed up by a visit to Pika Pika. This whole night was just so much fun, you’ve got to try it for yourself.

Got another great double-date night idea around SF that I should try out? Let me know in the comments below.

Incredible, Authentic Tacos in the Middle of Nowhere at La Gitana in Calistoga