Like I’ve said before, one of the dishes I find myself missing the most living out in San Francisco is the simple New York staple of a bagel with lox. I haven’t quite found myself a viable replacement yet, so when I find myself back in New York I know 100% of the time I’m going to venture out to get my fix.

In the time since I’ve left the city, there seems to have been a resurgence and revitalization of Jewish comfort food in NYC with placed like Baz Bagels and Black Seed popping up and Russ & Daughters expanding into a full sit-down cafe. After reading much about the now famed Montreal-style bagels being baked at Nolita’s Black Seed Bagels, I knew I had to give them a shot. The write-ups often fall at polarized ends of the spectrum with those in the negative camp often harping on the lines, cost, portion, and quality so I was excited to check them out for myself to make my own judgements. Instead of wandering down to Nolita where Black Seed’s main shop lives, I decided to head to Chef Noah Bernamoff’s closer-to-home Canadian sister restaurant Mile End in NoHo – where I had heard Black Seed bagels were also being served.

Previously, I’d visited the Brooklyn outpost of Mile End to fully indulge in both their incredible Smoked Meat Sandwich and Smoked Meat Poutine, but this time I was in NoHo for something else – a taste of their now equally as famous Montreal-style bagels. Amy and I popped in around noon on a Sunday and to our surprise and joy were able to be seated immediately in the bright, subway tile-lined restaurant. We each selected a Black Seed bagel variety along with a bowl of their Chicken & Matzo Ball Soup just for kicks and were happy to find that our meal was ready and in front of us in absolutely no time flat. 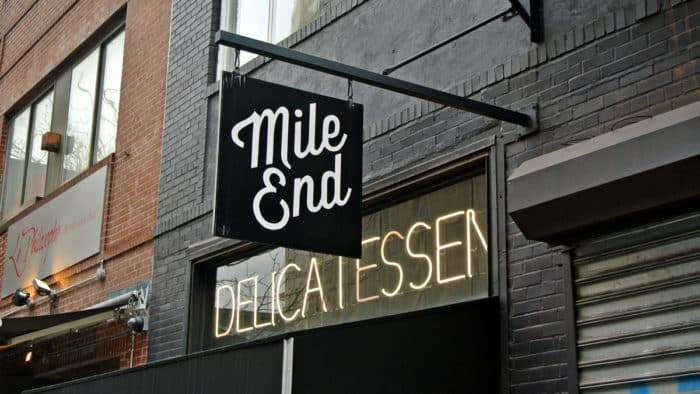 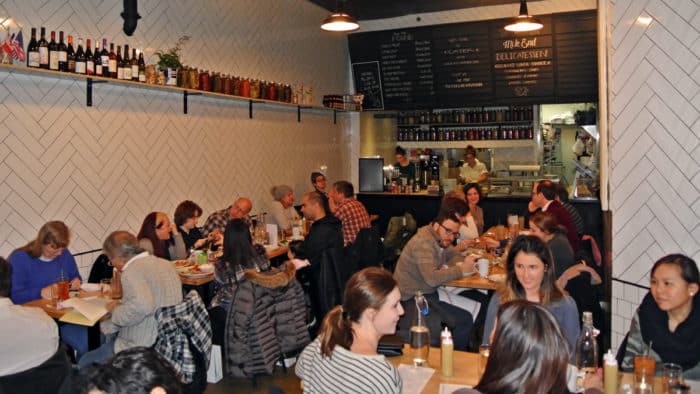 First, the Chicken & Matzo Ball Soup. It included one large, baseball-sized matzo ball, stew vegetables like carrots and celery, shredded chicken, and a deep, dark, dill-laced broth. To be honest, I thought the $9 price tag was a little steep for the bowl, but it’s just another one of those East Coast itches that just had to be scratched.

I found that the matzoh ball was pretty dense and leaden compared to the light and fluffy ones I’m used to eating. And the dill flavor was a little aggressive for me, but it was still a very pleasant way to get my matzo ball fix though I’m not sure I’d order it again. 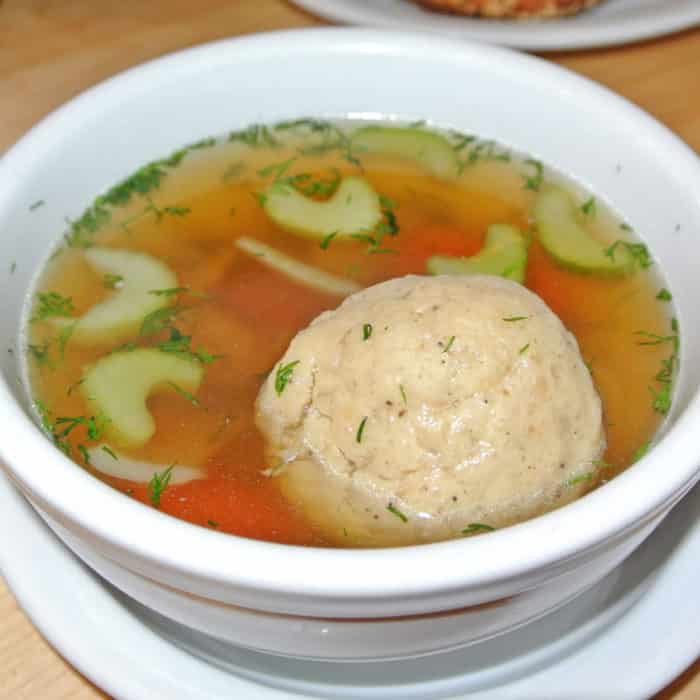 But, now for the real reason for this trip – quenching my bagel craving. I went for The Beauty – a sesame-studded Black Seed bagel piled high with the traditional combination of lox, cream cheese, sliced tomato, raw onion, and capers. Again, I thought that the price was a little steep at $13 for the sandwich, but I’ve gotta say, I loved every damn bite of that thing. Yes, the Montreal-style bagel is a little thinner than the mammoth, plump New York versions that I grew up eating. But, I actually found that it allowed the ratio of all of the other ingredients to balance better than the carb overload I’m used to.

The lox was also outstanding, especially with the pleasantly bold red onion bite and caper brininess. Even the generous thickness of schmear was spot on. I really just hate when bagel joints get stingy with the cream cheese and give you a meager spread – I was happy to find that they included a more than adequate portion. 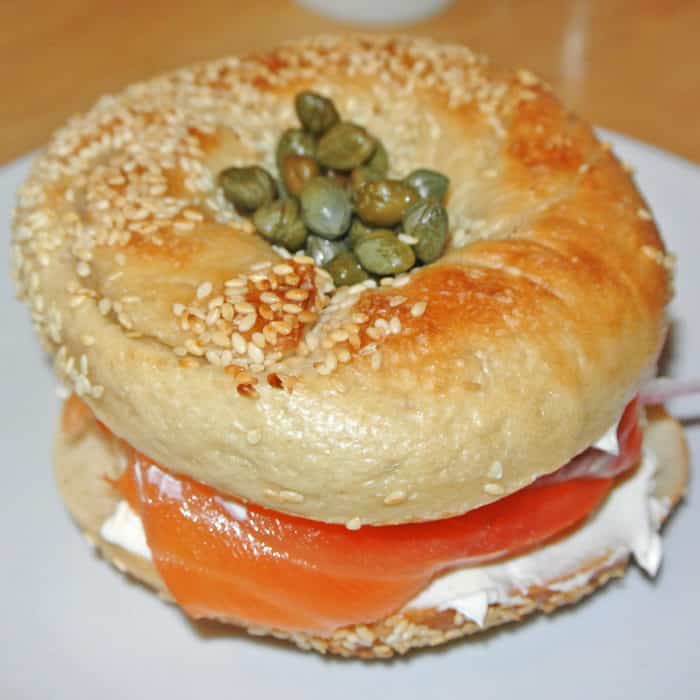 So sure, this hyper hyped Montreal-style Black Seed bagel sandwich cost me 13 bucks and the just OK Matzoh ball soup cost me another $9. But, now that I’m on the West Coast and can clearly see how difficult it is to get my hands on a really great bagel and for that matter quality Jewish food at all, I’m more than happy to pay the price when I’m in NY. If you’re looking to experience bagel and lox greatness, it can be found here at Mile End with Black Seed bagels.

What’s your go-to bagel spot in NYC? And do you have a killer bagel recommendation I don’t yet know about in the Bay Area? Let me know in the comments below.