No, really. That’s the name of the place: Hey!…You Gonna Eat Or What? We were wandering around the South Congress Austin neighborhood popping into awesome places like Allens Boots, Uncommon Objects, and Lucy In Disguise With Diamonds. While walking further down the strip we found ourselves up getting hollered at by a food vendor who successfully sucked into a lot full of food trailers including his own – the aggressively named Hey!…You Gonna Eat Or What?

The guy was a smooth talker and directed us toward his sandwich board listing all of the places they’d been written up including Serious Eats, Zagat, Huffington Post and more along with the fact that they were a $10,000 grand prize winner at Truck by Truckwest for one sandwich in particular. How could we possibly say no to that? 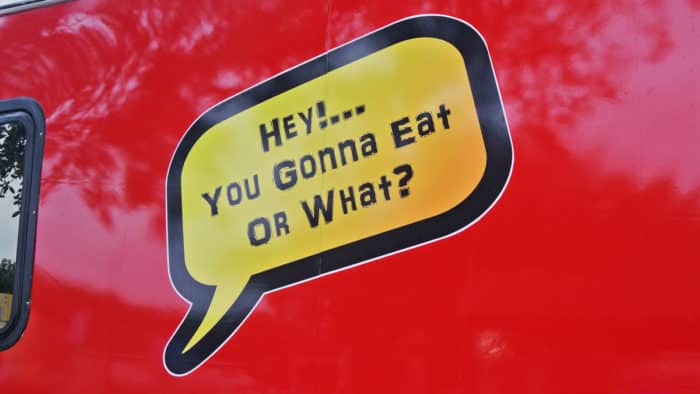 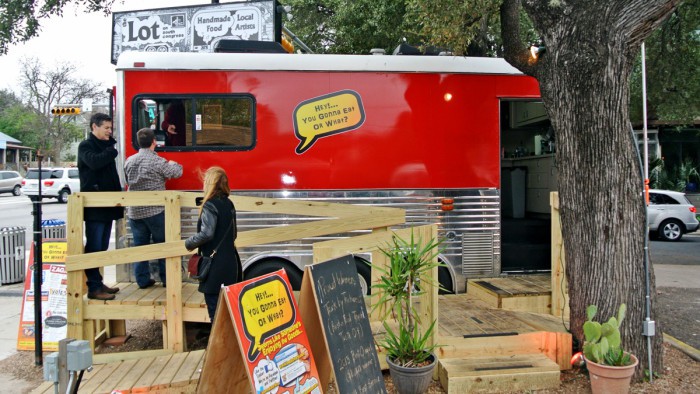 So, we went for it… the crazy prize-winning creation called The Shiner Monte Cristo. It took a solid 10 or 12 minutes for them to assemble and freshly deep-fry the thing inside the trailer, but it was worth the wait. This thing looked magnificent. It took the traditional Monte Cristo model of ham and cheese and turned it on its head by using pit-smoked ham, mesquite-smoked turkey, both cheddar and provolone cheese, then beer-battered and deep-fried the entire thing in a Shiner Bock batter. This outrageous Texas stereotype was served along with a homemade fig and cherry jelly and a shake of powder sugar – ready to be demolished.

The fried exterior was incredible. It was super-light and had tons of nooks and crannies and crispy crags covering the entire surface. Inside, many layers of meat and cheese were encapsulated and had merged into into a single sweet and savory spectacular unit. For me, the crust brought back fond memories of both the light-as-air Fish and Chips from Fish. in Sausalito and the over-the-top decadent deep-fried dishes I crushed at the Texas State Fair like Chicken Fried Bacon.

This was a piece of deep-fried brilliance. Even the included housemade potato chips were excellent. They were salty and lightly crispy and served as an excellent accompaniment to the insane, sweet-leaning, dessert-like sandwich. So, if you’re a fan of Monte Cristos, like me, I’m sure you’ll love this dish too. 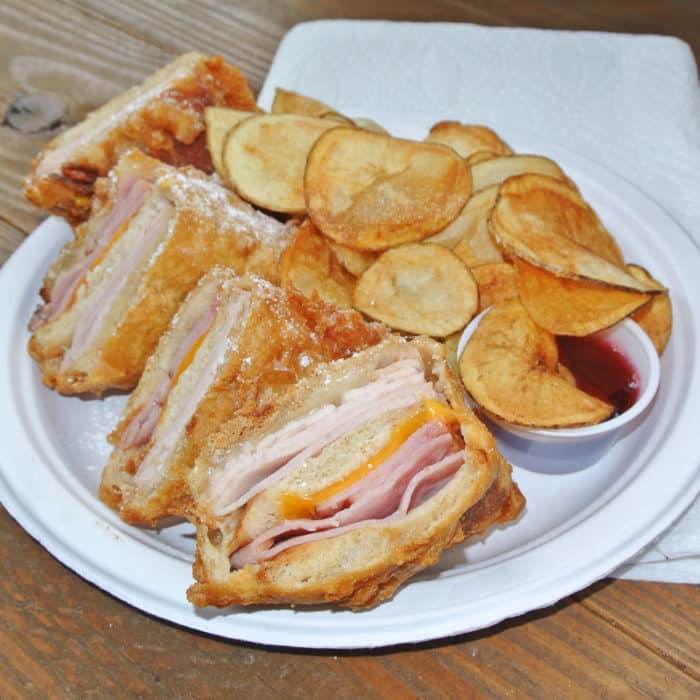 As you can see, I felt that this crazy deep-fried sandwich was worthy of the hype and deserving of their $10,000 grand prize competition win. It’s definitely excessive, but sometimes you’ve just gotta say screw it and dive into something like this. As the saying goes: Hey!…You Gonna Eat Or What?

Got another killer dish from an Austin food truck that I need to try? Let me know in the comments below.

Date Night with Fancy, Open-Faced Sandwiches at Tartinery in Nolita

Where to Find the Best Israeli Hummus in the Bay Area