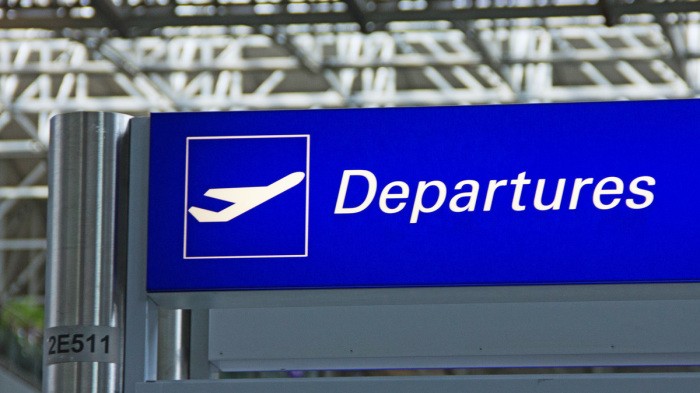 It’s getting to be that time when we look back on the year in review and 2014 was a very big year of travel for me. Between working remotely in Silicon Valley while still officially living in NYC, moving from NYC to SF, and other miscellaneous leisure travel, I spent a lot of time in airports.

I know that airports get a bad rap when it comes to dining options and you know what, most of the time the food really does suck. But, every now and then I’ve been able to come across some truly excellent dishes. Beyond that, I’ve even managed to find a number of dishes served in airports that blew me away – the overacheivers – the kinds of things I would get even if I wasn’t stuck eating in an airport. Without further ado, read on below to see the best of the best to eat before you fly in the sky.

For the longest time, I had heard that Rick Bayless had mastered the art of making incredible, authentic Mexican cuisine at his Chicago restaurants. But, I hadn’t had the chance to try it for myself until a fateful lightening fast hour-long layover at Chicago O’Hare. Every element of this sandwich was incredible from the crusty bread to the juicy, tender, flavorful, slow-roasted beef. Rick Bayless’ food certainly lived up to its reputation.

This restaurant is only accessible before you pass through security on your way out of Turks & Caicos and it doesn’t look a place to get excited about. But, I’ll be damned if their fried conch didn’t taste as fresh and excellent as any of the many other places I had furiously eaten the sea creature over the previous few days on the island. The mound of conch in the sandwich was massive and properly deep-fried. It really hit the spot before flying home away from topical paradise.

I was already quite familiar with the barbecue at Blue Smoke in the NYC and have loved eating their Salt and Pepper Beef Ribs in the past. But, one trip through JFK, I had some extra time to kill in the airport just after their breakfast service had concluded. I decided to gave their sausage and pimento cheese plate a go in place of the breakfast that I had already missed.

Though the cheese was served chilled, not room temp, it was still quite excellent when spread onto salty crackers and paired really well with the big, snappy, meaty, smoked sausage. That sausage was legit. I added a bit of Blue Smoke’s famed “Magic Dust” to every element for even more kick – not that it needed it. That seasoning was just too good not to. 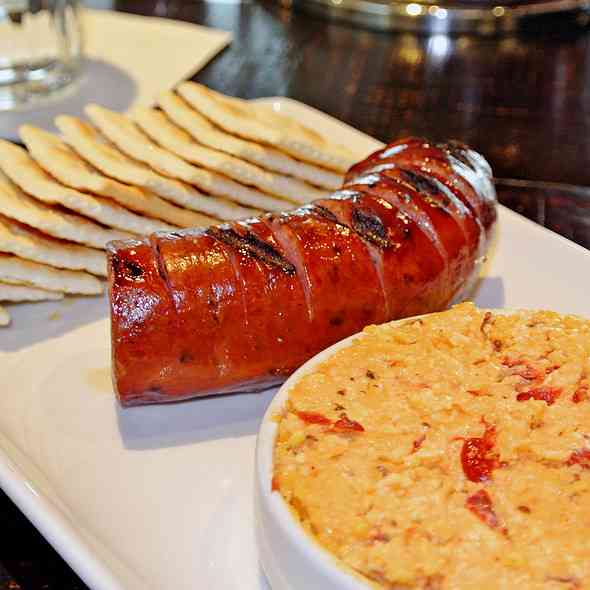 I’m still in awe that this kind of fresh, healthy, cheap, delicious food is being served in an airport. And it’s at a place that claims to specialize in fancy lemonade, no less. There were so many great looking precomposed salads served at Lemonade that it was kind of impossible to choose.

I ended up with a healthy mixture of perfectly cooked quinoa, nice and salty feta-loaded lentils, a citrusy-snappy Thai-inflected slaw, and a diced marinated beet and tangerine salad. Everything was great, especially when washed down by their herbal Cucumber Mint Lemonade. 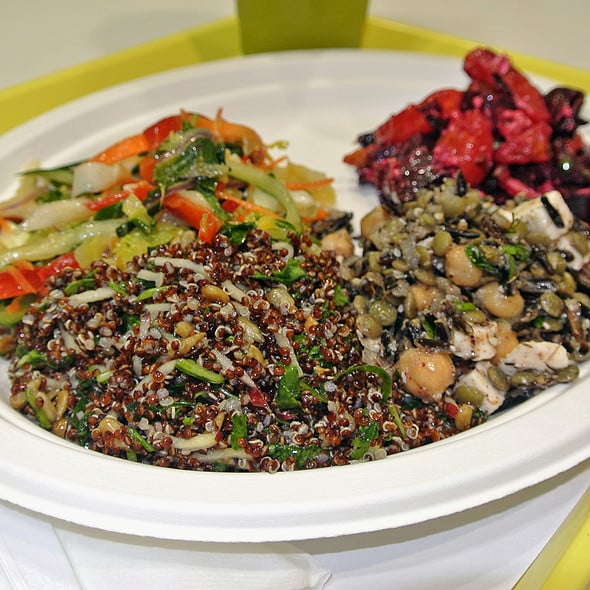 Blue Smoke again? Yeah, that’s right. It’s that good. On a different pass through JFK, I stopped in again and sat at the bar for another round of eating. This platter came with spare ribs, pulled pork, baked beans, slaw, and pickles.

Literally everything on the plate was outstanding. The moist and vinegary pulled pork and thick, meaty, sticky, smokey spare ribs anchored the plate, but the pork-loaded beans and bright, vinegary veggies acted as a perfect foil to the platter’s heartier elements. And yes, the Blue’s Smoked special Magic Dust seasoning went great on everything. Their barbecue is consistently so good and really can stand toe to toe with the NYC BBQ greats.

You’ve got to be a little bit of a maniac with a death wish to eat this next dish before trapping yourself in a flying box, but for some reason when I was flying out of Dallas, I deemed it worth the gastrointestinal risk.

This messy platter was quite good and took a fresh bag of Fritos and dumped them onto a paper plate then topped them with pinto beans, green onion, shredded cheddar cheese, sour cream, jalapeños, a heaping scoop of chopped beef brisket, and a drizzle of barbecue sauce. The sauce was on the tangy side and perhaps a little sweet for my taste, but that sloppy, crunchy, meaty concoction was certainly a delicious (and dangerous) decision.

I know that sandwiches are pretty standard airport fare, but the one I was served at SFO’s Napa Farms Market was actually a really impressive sandwich. Especially for one pre-made and heated in an airport.

I think this place has some sort of association with famed TV chef Tyler Florence, so it’s nice to see he’s bringing quality to SFO. You could really taste the quality of the nice, pink, medium rare, thin-sliced steak and the cheesy mushroom topping really amped the whole thing up. Hell, they even toasted the entire sandwich in a pizza oven to add some crispiness and fuse it all together. Delicious indeed. 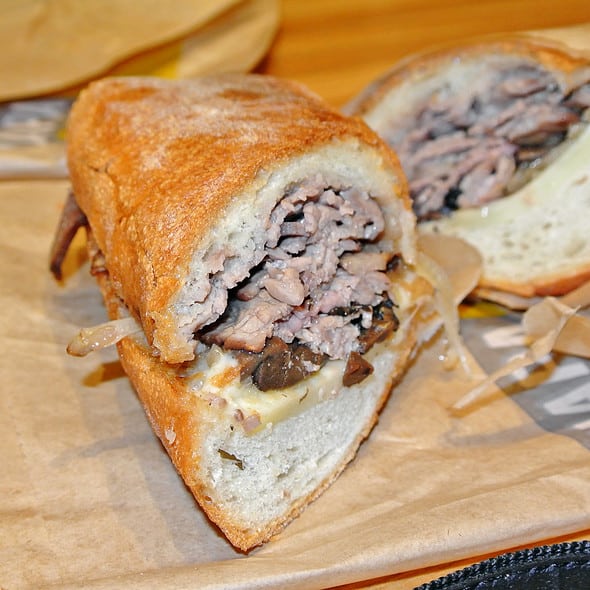 After a rough red-eye, leading into an LAX layover, I was happy to emerge from the tarmac to find that the famed Kogi truck had an outpost in my terminal. It was only 6:30 AM, but wasn’t going to stop me from crushing some Korean fusion. For only around $8, I was blown away by the monstrous breakfast offering called a Breakfast Kimchi Quesadilla with Egg which was heartily filled with fluffy eggs, cheese, crisp cabbage kimchi, and a bold, red, garlicky, spicy, and sour Korean sauce. This was a killer deal.

So far, over the past year, these were the top dishes I’ve found and eaten in airports around the country (and in Turks & Caicos). I’m sure there’s plenty more things to find on my future travels and I look forward to finding more of those hidden gems.

What are the best things you’ve found to eat in airports? Let me know in the comments below.

How to Have an Epic Asian, Cheap Eats Food Crawl in Flushing, Queens