Japantown is a really unique and interesting part of San Francisco. It’s a dinning hot spot for just about every kind of Japanese food you could think of – ramen, soba, udon, sushi, hot pot, katsu, and yakitori to name a few. But, if you look close enough, you can find some non-Japanese gems in the area as well such as the wonderful Fat Angel Food & Libation.

On this particular evening, I was looking for a date night spot that served comfort food alongside an excellent selection of drinks. Fat Angel seemed like the perfect solution to our date night search so we took a nice walk through Japantown over to the place. It seemed like most of the patrons in the smallish gastropub were on dates, and based on the tones of the conversations we overhead, they were mostly first or second dates. 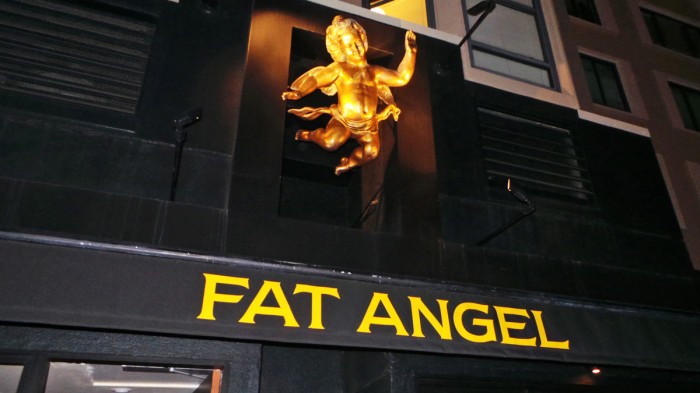 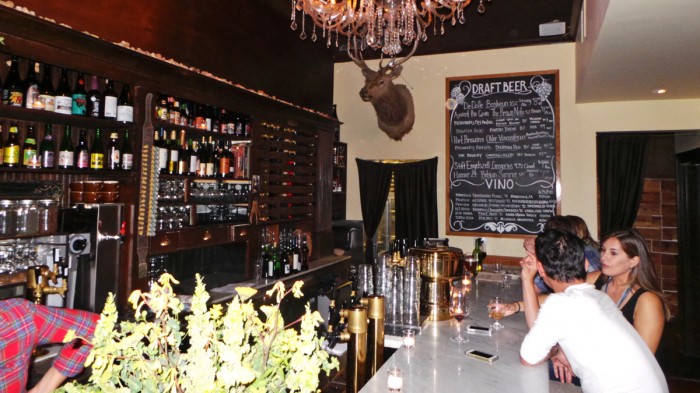 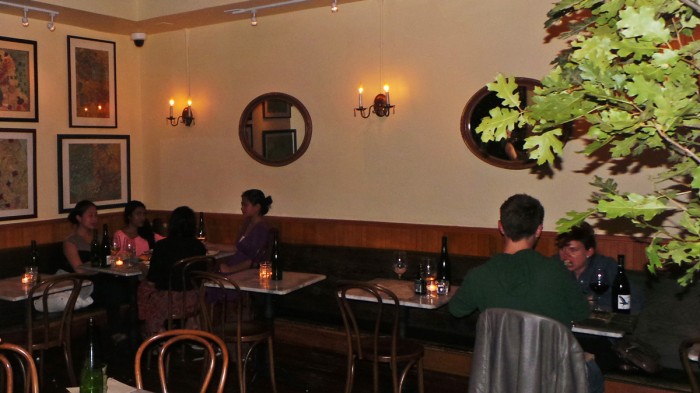 Though you can certainly order food at Fat Angel, the menu is completely dominated by the extensive drink list. They have an enormous selection of unusual wines and beer with only tiny sliver of the menu dedicated to food options. I’m not saying they didn’t put much thought or effort into the food, though. In fact, I’m saying quite the opposite.

I can appreciate a place that limits their breadth of offerings. If you can do one or two things and do them right, I’m all for it. And all of the food options were even very reasonably priced – most dishes hover around the $12 mark and are generously portioned to easily fill a big eater like myself up. Really, it’s the drinks where most of your money is going to be spent.

I chose a not-inexpensive funky Sour Porter Belgian import called Zwet.Be produced by Brouwerij Drie Fonteinen. It was quite a lot less fruity and sour than many of the other sours I’ve enjoyed recently, but I don’t think that was a bad thing. It relied heavily on the full, rich, nutty, malty brown ale flavors much more than the ones you usually expect find in a sour. But, I actually really enjoyed the subtlety of the sourness quite a lot.

For food to accompany our beverages, we split two dishes – starting with a pick from the flatbread section on the menu. Together, we decided on the Tomato, Basil, Spicy Sausage & Arugula w/ Parmesan Flatbread which ended up being sort of like an open-faced flatbread pizza.

It had quite a thin crust that miraculously didn’t remind me of matzah and somehow still retained a level of pleasant doughiness. It primarily derived most of its intoxicating flavor and scent from that absolutely delicious and relatively spicy crumbled Italian sausage. That stuff was so good.

But really every element included on this flatbread contributed something to the dish. I was truly amazed when Amy – who literally always hates all earthy greens including arugula – exclaimed that the arugula on this flatbread actually added to and improved the dish as a whole. How about that – Fat Angel convinced Amy of the merits of arugula! 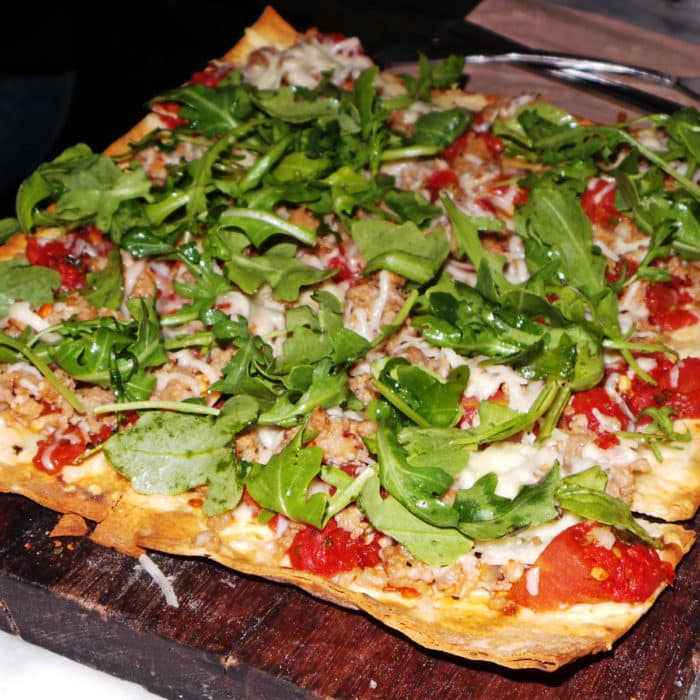 And since the flatbread was on the light side, we decided to order something a little bit heartier for our other shared main. We opted for the FA’s Chicken Pot Pie.

The dish consisted of a heaping portion of chicken and veggie-loaded gravy served in a massive ceramic bowl with a golden brown, flaky, crispy, dough crust floated on top. This magnificent beast was truly outstanding and was certainly one of the more impressive renditions of this American classic comfort food we all hold so dearly. And at only $13, it was truly a steal. 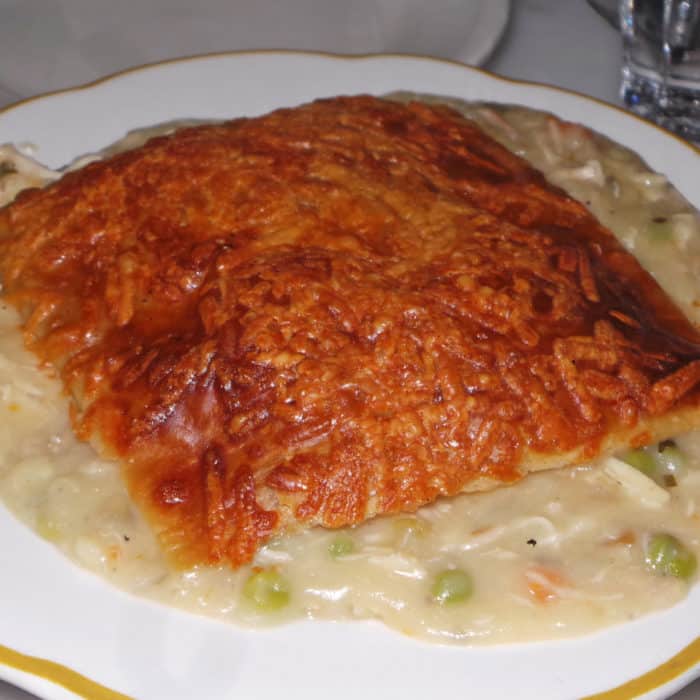 So if you’re looking for a place to drink some unusual beer or wine and and want to eat really well while you’re at it, Fat Angel is an excellent place to do it. You win, Fat Angel. But really, so did we for getting the opportunity to eat and drink all of that awesomeness. Date night: success.

Got another unusually epic date night spot in San Francisco I should check out? Let me know in the comments below.