When the sun is shining, I nearly always feel compelled to be outside with a drink in my hand. In need of a place to meet some friends in Sausalito on a Sunday afternoon, we decided on Bar Bocce – a highly regarded bar/restaurant right on the Sausalito waterfront that features plenty of outdoor space including a large fire-pit, narrow beach, and full-sized bocce court.

Just like Fish which is also situated on the Sausalito waterfront, people constantly come out in droves to experience this outdoor, waterfront food and drink. But, the crowd at Bar Bocce was a little bit different than at Fish.

Whereas Fish was filled mostly with young families, Bar Bocce was full of two very specific categories of people: spandex-wearing bicyclists and utterly hammered Marina bros & chicks. Bar Bocce is one of the most strangely bougie places I’ve encountered anywhere in the Bay Area, but I still really like the place despite the questionable crowd. Basic Betches and Douche Bros were certainly in fine form – fully decked out in full hair, makeup, cut-off shorts, tank tops, and sloppy slurred speech. This must be where the most intense specimen of Marina-dwellers go on particularly sunny days. 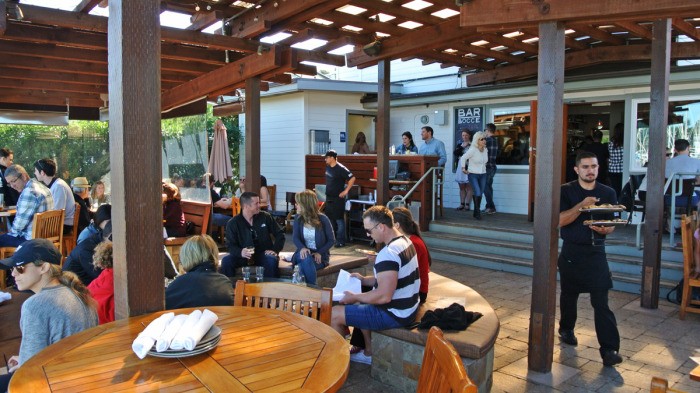 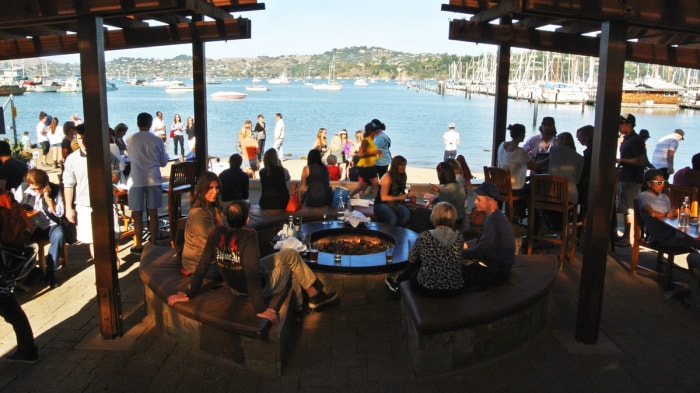 And yes, people actually do use the full-sized bocce court. And others really do sit on the sand-covered beach to eat their pizzas and drinks their beers. People just come to Bar Bocce to hang out and kill a day. It’s that kind of place. 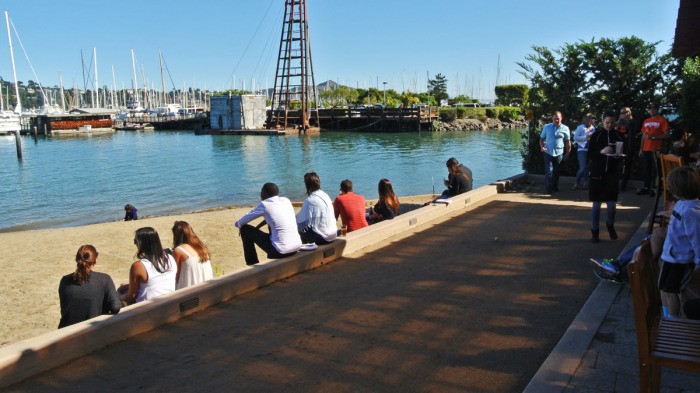 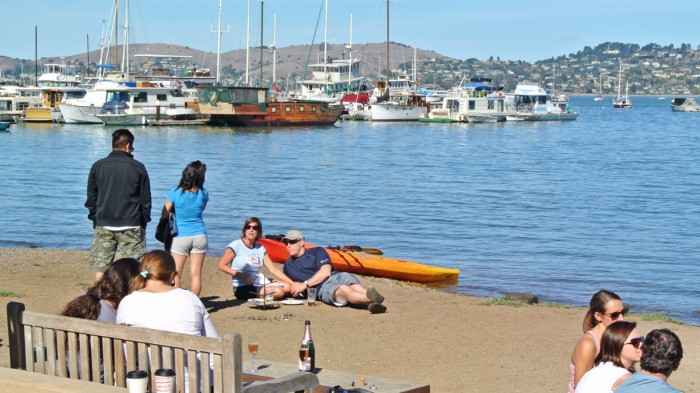 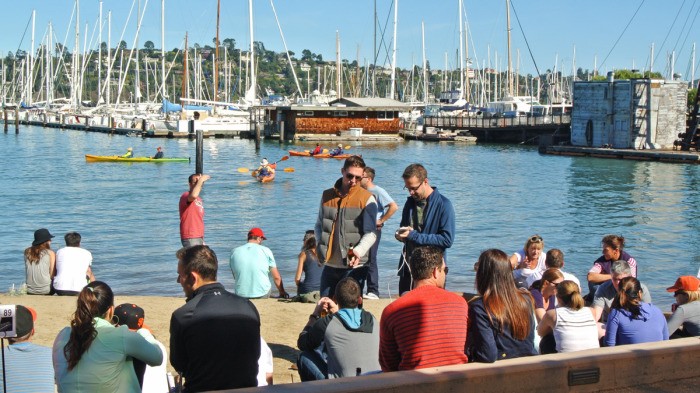 The Bocce Court and Beach

While we waited to be seated at a table for lunch, we stopped by the bar, picked up a round drinks, and snagged a coveted spot by the outdoor fire-pit until one was ready.

I chose a drink called a Baja Baja that was very similar to a Michelada, though I found that this was actually much easier-drinking than the often thick and spicy beverage we’re all used to. I definitely threw a couple of these babies back with ease over the span of our time at Bar Bocce. This unique brunch drink was an excellent alternative my usual. 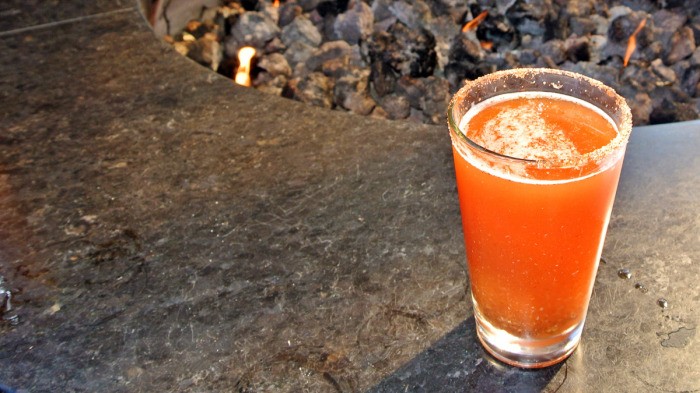 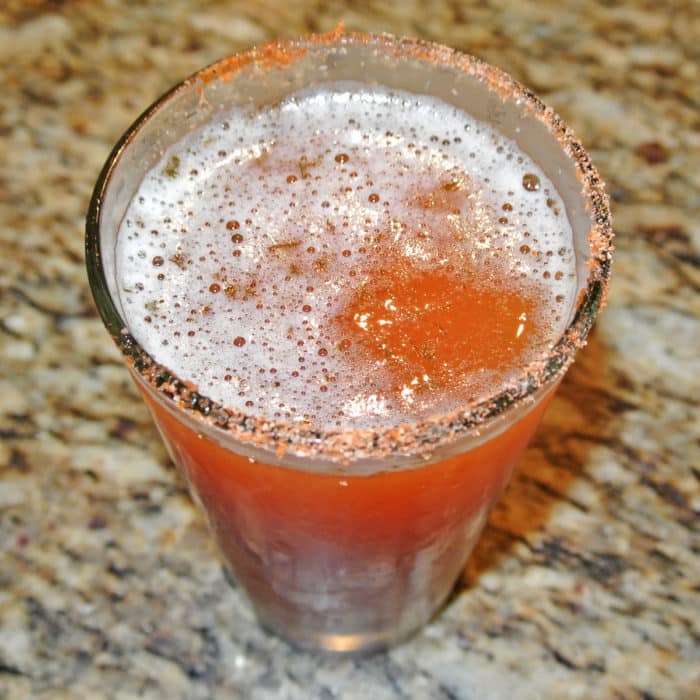 The Fire Pit and Baja Baja

While we were still hanging our around the fire-pit waiting for a table, my dining companions jumped the gun and got an order of Salt Cod Fritters with Zesty Citrus Aioli. They were kind enough to offer me the last of the three included fried spheres, which I happily accepted. The fritter was awesome. It had plenty of nice, large, tender fish hunks on the inside and a perfectly crispy fried crust covering the outside.

Good on their own, but that bold, citrusy, spiced aioli was the real key to this dish’s utter deliciousness. I slathered more of that addictive creamy aioli than I probably should have on each and every one of my bites. I couldn’t resist, it was just too darn good.

Shortly after, we were finally seated at a table so we immediately put in an order of their much lauded wood-fired pizzas. Each couple went for their own pie, so Amy and I decided to split a Pork Sausage, Fennel, Gorgonzola, Scallions, and Red Onion Pizza. The toppings were all fresh, bold, and delicious though I certainly would have been happy with a extra handful of nearly every one – especially the cheese.

The texture of the crust and dough was actually the best part of this pizza. It was thin, yet both doughy and crispy all at the same time. And it was covered in a nicely textured coating of semolina that reminded me of the slices I loved so much in NY at Two Boots. This was quite a delicious pizza, though admittedly not as filling as I would have liked for the $17 price tag. 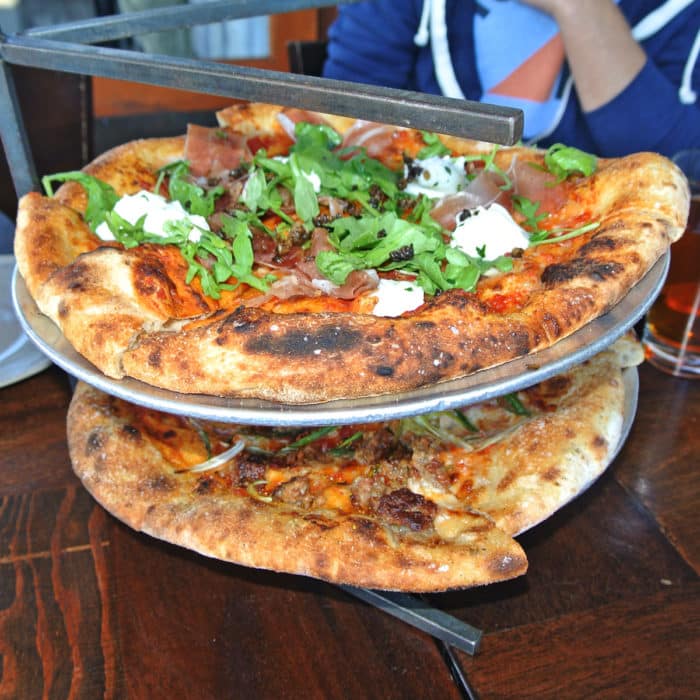 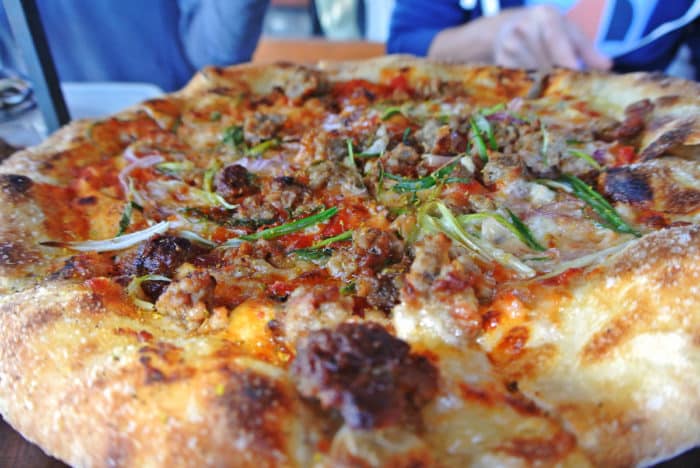 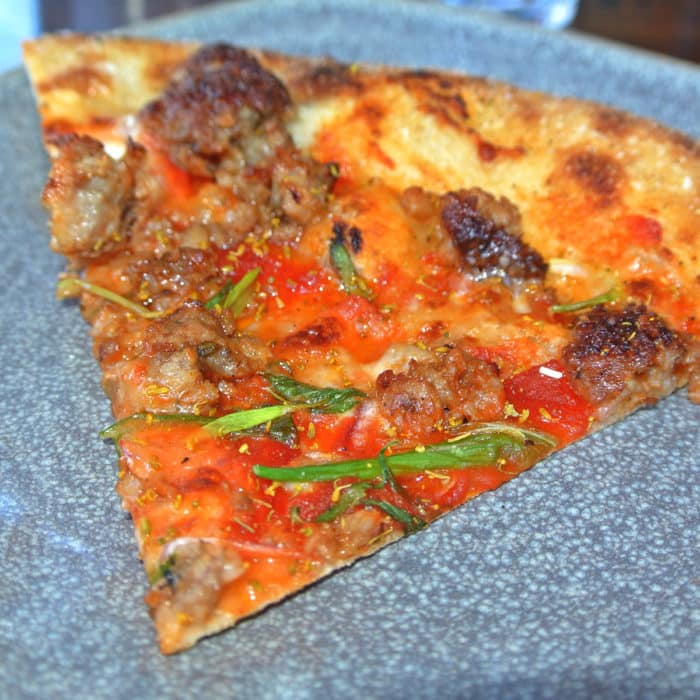 So, if the weather is nice – and hell, when is it not nice in Sausalito – Bar Bocce makes for a great spot to meet up with friends for a bit of eating, drinking, and just hanging out. It may not be the cheapest places to grab a beer, brunch cocktail, or pizza, but it sure is a fun one in a truly beautiful environment.

Got another great place to meet friends for food and drink in the Bay Area? Let me know in the comments below.