The decor was really nicely executed with it’s rustic Edison bulb and iron beam clad dining space. It’s actually a refurbished printing press warehouse built in 1907 and the lighting was kept low so it definitely felt like a nice spot to take someone to for a special night out. 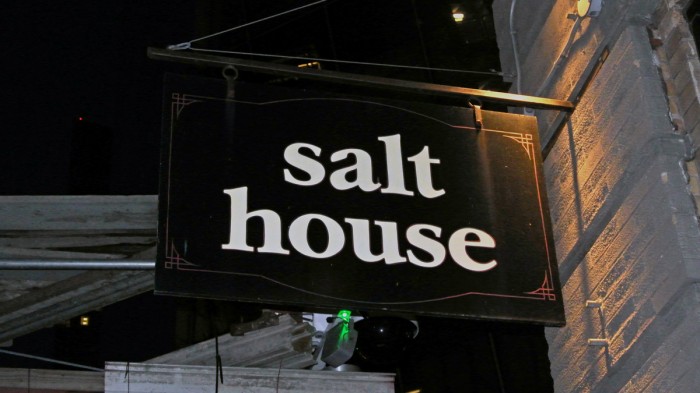 As is the case with most nice restaurants these days, Salt House has a proprietary cocktail list loaded with unusual sounding concoctions. I went for a Barrel Runner made with Bulleit Rye, pomegranate apple molasses, Benedictine, and Rasputin Stout which tasted quite a lot like an alcoholic root beer and I mean in the most positive and complimentary way possible. It was delicious and as a root beer lover, I was very very into it. 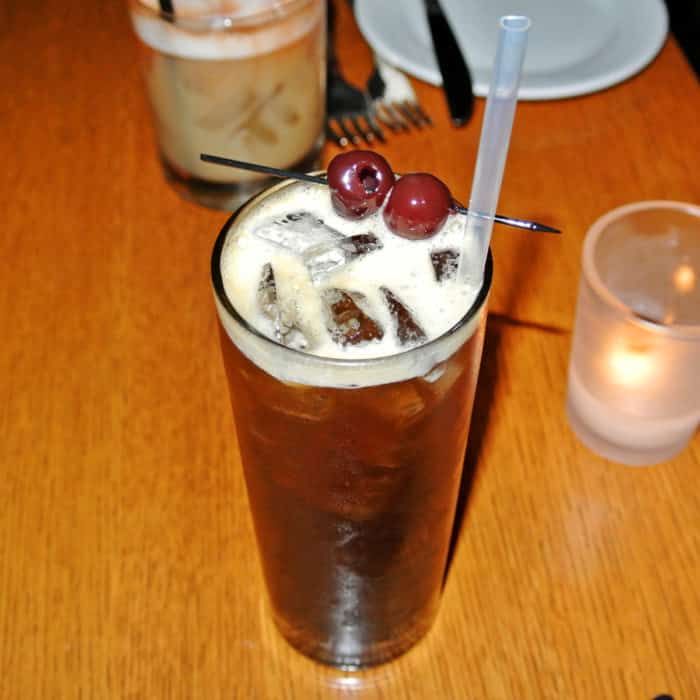 We then split an appetizer of our recent go-to: shishito peppers, here called Blistered Peppers, which were perfectly acceptable though perhaps a little under-salted and under-seasoned if you ask me.

We also split an appetizer over-simply named Poached Egg and holy crap was that thing was amazing. Honestly, it was kind of like the most epically perfect brunch dish served as a dinner appetizer.

It involved a rich bean stew called white bean fabada loaded with plenty of meaty chorizo, morcilla (blood sausage), and serrano ham along with a variety of hearty root vegetables including snappy marble potatoes which was all smothered in a lusciously creamy sauce along with a perfectly poached egg with runny yolk.

It was ridiculously flavorful and definitely worth getting if you’re dining at Salt House. It just seems like a shame and missed opportunity that they don’t serve this impressive creation for brunch. I’d come back for that!

And finally, I closed out my meal with a relatively healthy option – the Arctic Char. It was minimalistically plated and was glazed liberally with something sticky and sweet.

It was also beautifully garnished with small, lilac-colored edible flowers and what I think was the Middle Eastern spice blend called dukkah. All in all, it was very pleasant and competently prepared, but I didn’t find anything about the flavors to be too exciting or out of the ordinary. 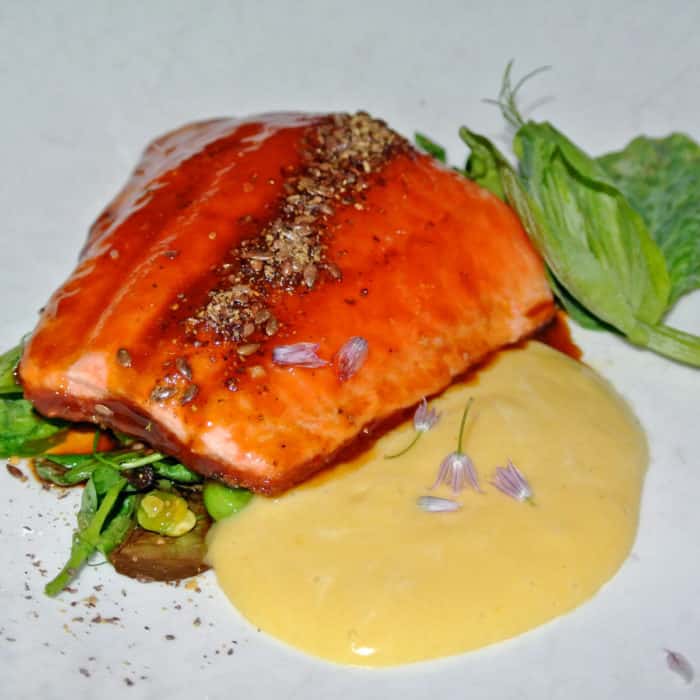 So, if I end up needing a great date night spot in the Financial District again, I’d definitely consider returning to Salt House. It was a bit pricey, but everything was done very nicely, especially the cocktails and Poached Egg dish. But given my desire to explore, I just may be inclined to give someplace new a shot next time.

Know of another great place for a date in the SF Financial District? Let me know in the comments below.