I absolutely love Puerto Rican food. To be fair, Dominican and Cuban food hit the same spot for me, but whichever nationality cuisine it is, as long as there’s heaping portions of roasted meat over rice and beans, I’m gonna be a happy camper.

One day, on a drive about a half hour north of San Francisco to the quaint and sunny town of San Rafael, Amy stumbled upon some serious Puerto Rican food at a place called Sol Food. Amy was so blown away by the food that only two weeks later she felt compelled to drive me up there to see for myself.

It was a beautiful drive up north to San Rafael — which honestly is worth the drive by on its own. But when you pull into the tiny little town its practically impossible to miss the enormous two-story neon green building you can further identify by its ever-present line of customers out the door.

While we waited in line, we looked over the menu and I found myself getting giddy about actually having a place in the SF area that serves my beloved Latin American specialties — admittedly at yuppie prices. And even though Sol Food is neither a Diner, Drive-in, or Dive, it has been featured on Guy Fieri’s show in a particularly unique episode about “Go-To Joints.” With that kind of distinction you know Sol Food is gonna be serving up the kind of hefty, hearty, and meaty stuff I love.

Once we reached the front of the line and prepared to enter the restaurant we noticed a funny handwritten sign written by a San Rafael local lambasting the place for its gaudy green exterior. That idiot was apparently offended by the building’s lime green paint. It honestly blows my mind that someone would bother to write a letter to a business owner in such a condescending tone, but I tip my hat to Sol Food for having enough of a sense of humor about it to post it in their entryway. 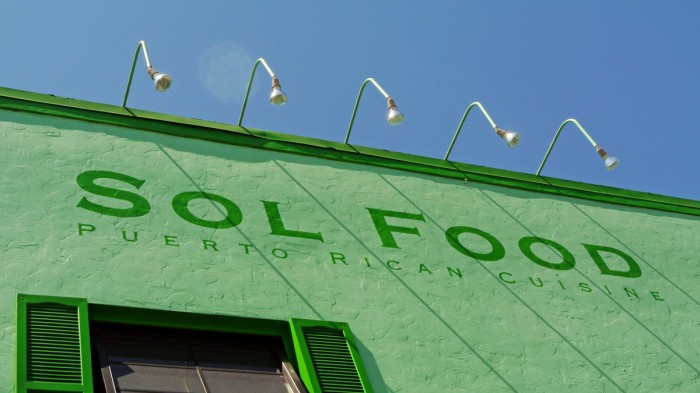 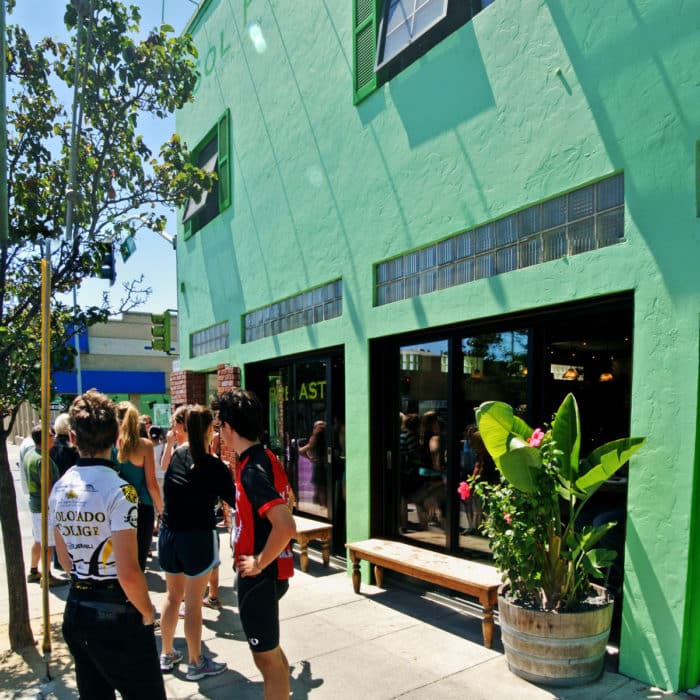 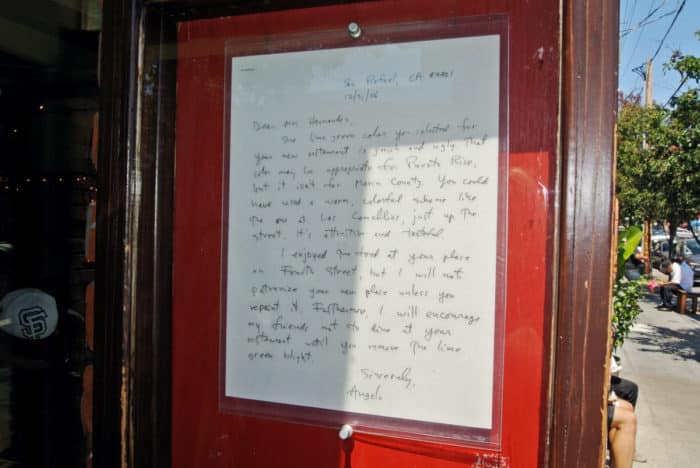 The Offending Green Exterior and The Letter (click to zoom)

Once inside, you’ll want to head straight to the cashier’s counter to place your order. You’ll then receive a numbered placard and head to your assigned seat to wait for your massive meal to arrive. There’s a really vibrant energy in the space between the colorful decor and jazzed-up patrons filling space. This place really just gets people all amped up. 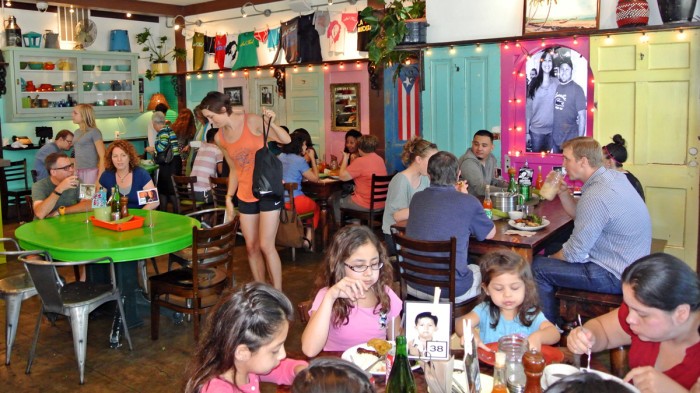 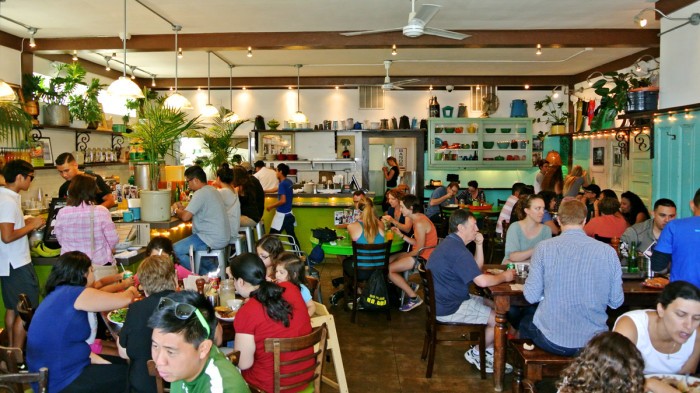 Along with our meal, we ordered a duo of beverages – Cafe Helado and Limonada Fresca. Each one was portioned absolutely ridiculously. Each drink came in a dramatically oversized mason jar and somehow cost under $4 for each. I’d strongly recommend getting either a Cafe Helado or a Limonada Fresca to watch down your meal. Both were bold, flavorful, and outstanding in their own way. Wait screw it, get both and be happy. 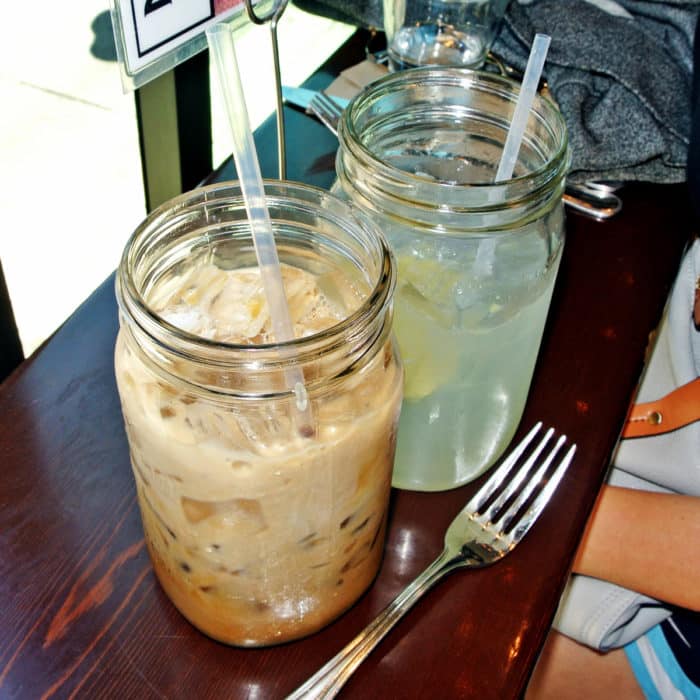 But here’s the real key to dining at Sol Food — that hot sauce. It’s a Puerto Rican hot sauce called Pique that’s very vinegary, absurdly good, and the way I hear it — at Sol Food it’s loaded with spicy Thai Bird’s Eye Chili Peppers. Pour it on EVERYTHING.

The gentleman seated next to me was kind enough to offer up his expert advise of turning the bottle upside down so that all of the pepper solids moved towards to cork before I removed the top. This way, more than just the liquidy vinegar base pours out. And now I pass this same sage advise onto you all for your visit. 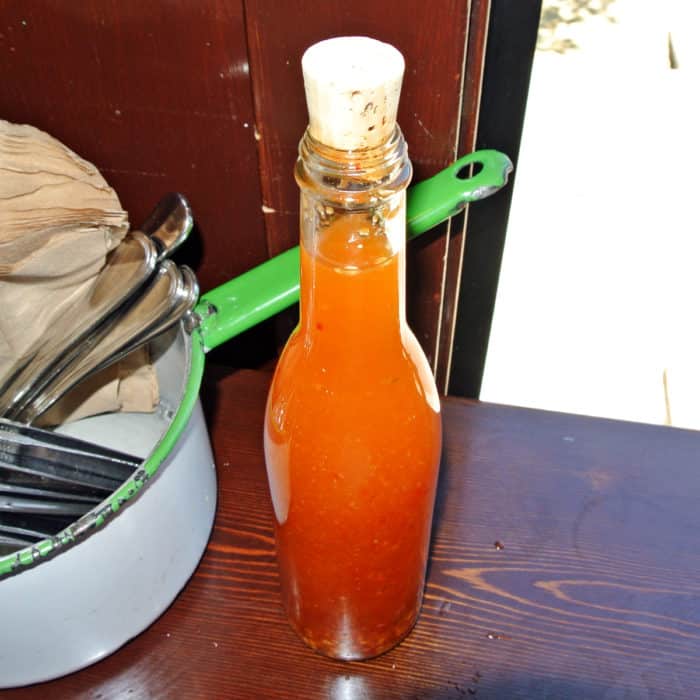 For my lunch, I went with a “small” (haha, yeah right) platter of Costillas. Costillas are pork ribs. They came three to an order and were pretty darn tasty. If I’m being nit-picky, the meat was perhaps a little light on flavor and seasoning, but it was nothing a hearty pour of Pique couldn’t fix. The best rib of the bunch was the gnarly looking one from the end of the rack that had all sorts of juicy, meaty, fatty crags covering one edge. The crispy flavorful glaze to meat ratio was killer on that one.

And even though I usually prefer yellow rice with my Latin American meats, the white rice included in this platter was cooked perfectly, so I can’t really complain. The garlic plantains were also a delicious accompaniment though once again these were improved by adding some hot sauce.

But, believe or not, the included side salad was actually my favorite part of this meal. The dressing was outstanding and had bold, bright, citrusy, lemon and garlic notes that kept me coming back for more. Apparently they bottle and sell this stuff (along with the Pique) so I may just have to come back to get some for home use. 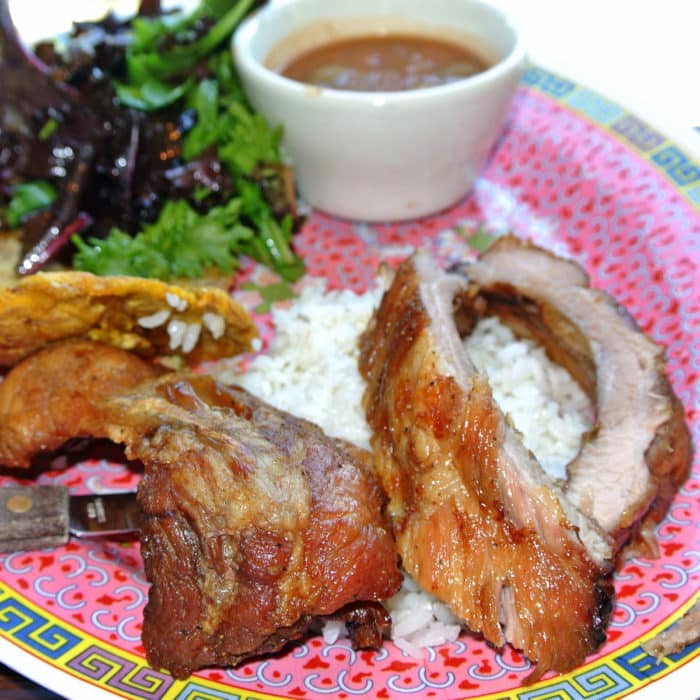 But, if I’m being honest, Amy’s lunch of Pollo al Horno was waaaaay better than my ribs. Those big, thick, juicy hunks of oven-roasted chicken were so moist and flavorful by themselves. But yes, once again, by adding a hefty pour of that incredible hot sauce they were even better. We made the perfect bites by pulling off a hunk of that tender chicken, adding a scoop of that perfectly cooked rice, pouring over some black beans, then adding plenty of that addictive Pique sauce. Rinse, recycle, repeat. Food coma. 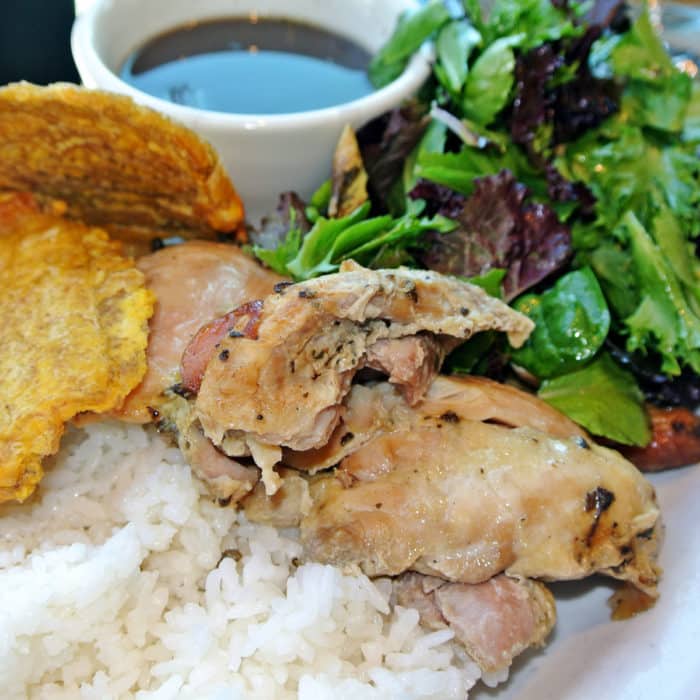 So if you’re in the Bay Area and find yourself craving a massive platter of Latin American rice and meat, I recommend you take the beautiful drive north up to San Rafael and appreciate Sol Food in all of its glory. It may not be as dirt cheap as some of the divier Dominican or Cuban hole-in-the-walls I’ve loved in the past, but everything was so excellent and well-made that I think it’s worth the extra cost.

Got another Puerto Rican, Cuban, or Dominican spot in the Bay Area I need to check out? Let me know in the comments below.

Lockhart, Texas: Home of the Best Damn BBQ in the World