This is exactly the kind of hidden-in-plain-sight hole-in-the-wall I live to discover. Just a half block off the main Polk Street drag you’ll find a tiny little rather unimpressive looking shop with a bright blue awning that reads “Cordon Bleu”. No, it’s not a French restaurant as I first assumed based on the name. It’s actually a long-standing, super low-key Vietnamese joint that’s been in this location for many decades but still manages to slip below most people’s radars undetected.

When you walk inside, you’ll see a husband and wife duo standing behind the eight seat counter that surrounds the open-flame grill. It seems like they have been quietly and grumpily plodding along behind that thing for ages. Actually the more I think about it, I think the old Vietnamese couple probably lives in the apartment above the place and doesn’t ever leave the confines of the building. I definitely spotted a stairwell in the back and saw the husband head back there once or twice and return with large pots of rice. And it’s not that they were unfriendly, it’s just their interactions were to-the-point and direct with questions like “what do you want?” and “That’s $5.75” and there’s nothing wrong with that either.

They actually do have two tables in there if you so desired to dine in, but I’d suggest just sitting at the counter for a quick dinner or sticking to takeout. The menu is limited to only handful of option, but it’s pretty clear that you should be ordering chicken if you’re getting food here. I found it particularly enjoyable to watch the old lady shuffling around the grill futzing with the massive hunks of meat over the open flame. You can tell she really knows what she’s doing with that chicken. 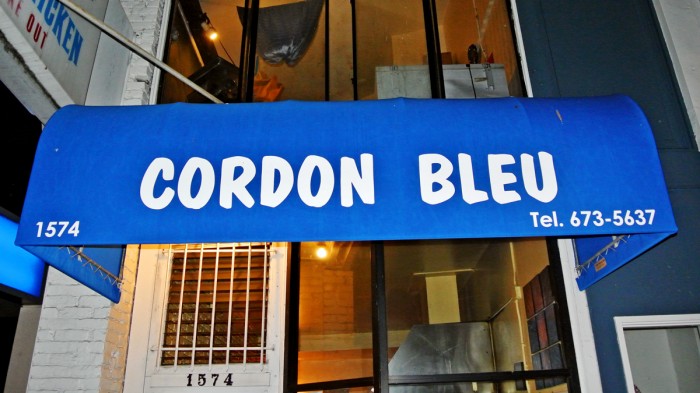 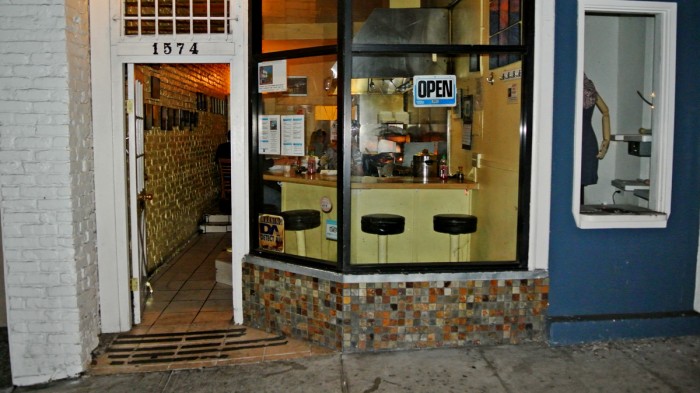 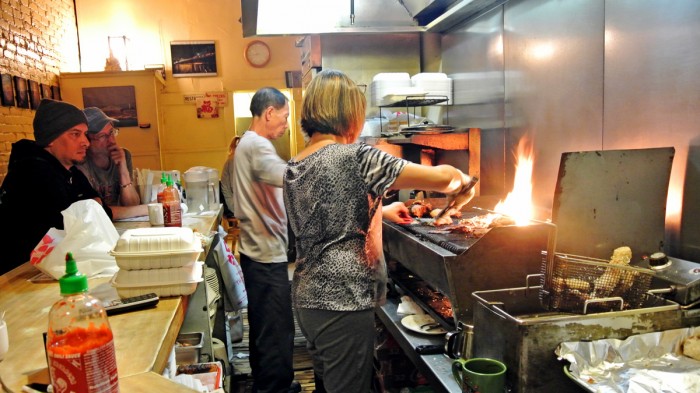 Between the three of us, we placed a takeout order of a #3 (a shish kebab platter), a #4 (a half roast chicken platter), and a Chicken Salad all of which were made to order and cooked on the grill over an open flame. After ten minutes of watching everything cook, I had our order in hand and was ready to bring it all home to feast.

Each of the platters included a mountain of freshly steamed white rice smothered with a heavy ladleful of orangey meat gravy. That gravy was ridiculously delicious and worth a visit on its own, but I’ve gotta admit — that chicken was pretty impressive too. It was very juicy and was cooked really well over that hot charcoal grill. At only $6.85 for the heaping platter, it was an absolute steal. 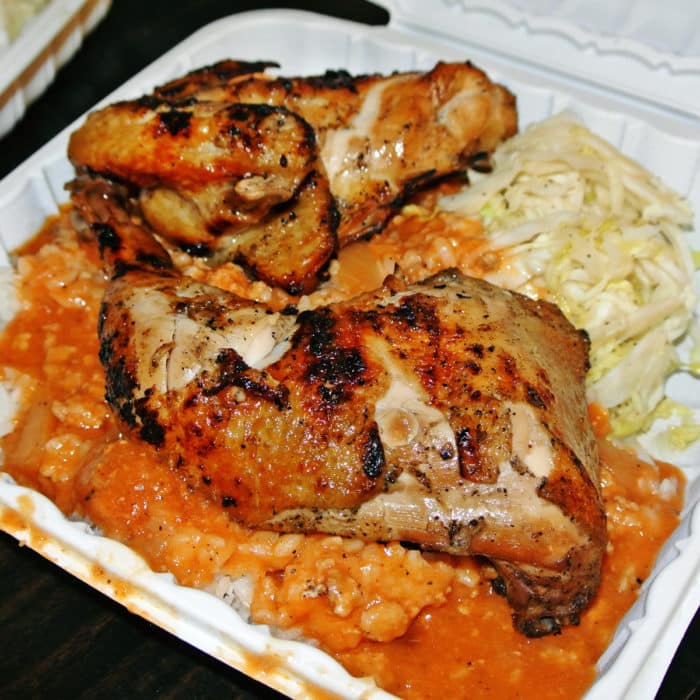 The second dish we split also included that fantastic gravy covered rice but replaced the chicken with the still tasty, but far inferior rectangles of beef kebab. This meat also had nice flavor, but they were sliced so thin that they took on a sort of tough, toothsome, beef jerky consistency that wasn’t so great. Given the option, I’d take a #4 over a #3 any day of the week. 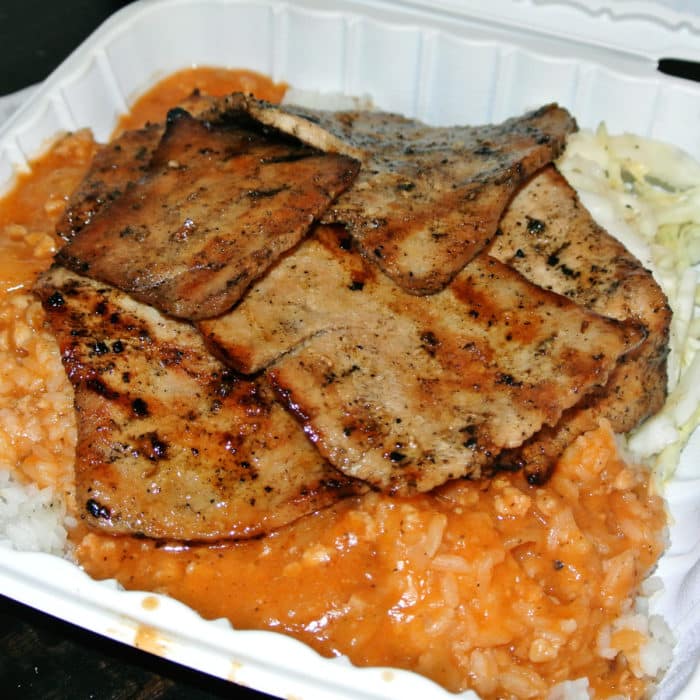 Finally, we had a chicken salad that ended up not being the mayo-laden meat salad we had assumed it would be. Instead, it was more of a slaw salad topped with more of that freshly grilled chicken meat.

I literally watched her tear apart a half chicken with tongs on the grill before tossing them on top of this bed of shredded cabbage which was pretty impressive and surprising in its own right. This salad was served with sesame and fish oil dressing and came topped with a sprinkling of crushed peanuts which ultimately was a pretty tasty combination. If you’re looking to avoid rice, this would not be a bad way to go. 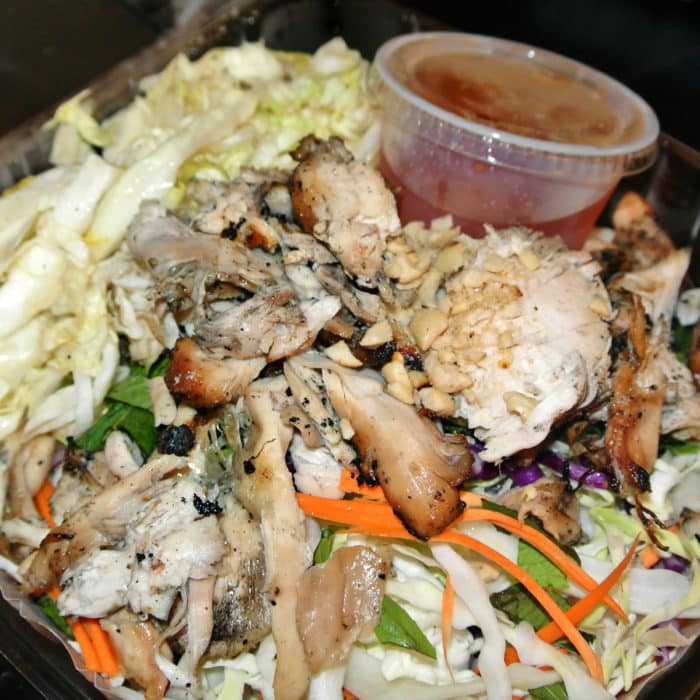 So for less than $24 we got way more food than any of the three of us could possibly finish. It’s so rare to find food cooked with so much care that’s also available for so cheap, but I’m glad to have found this neighborhood hidden gem. All I have to say though is to pass on the kebab and instead stick to anything made with that excellent chicken.

Got another hole in the wall in San Francisco I need to check out? Let me know in the comments below.

For the Best Sushi in Silicon Valley, get Omakase at Sushi Tomi