Is it a liquor store? Is it a taqueria? Well… Los Hermanos Taqueria is both and it’s actually also a convenience store, grocery, and butcher as well.

This strange place is situated right in the middle of the bad part of the Tenderloin and it’s about as unassuming as eateries get. But the hand painted signage, complete with a handful of Spanish speaking Mexican clientele and mariachi music drew me in. And I knew I had to eat Mexican food in a liquor store at the very least for the story.

I stepped inside and walked up to the counter to look over the menu before I decided on my lunch order: a Chorizo Super Burrito. I was handed a plate of tortilla chips, made my way over to the self-serve salsa bar and got a bowl of spicy red salsa, then took my seat amongst the Spanish speaking, paint-covered, beer-slugging blue collar workers. 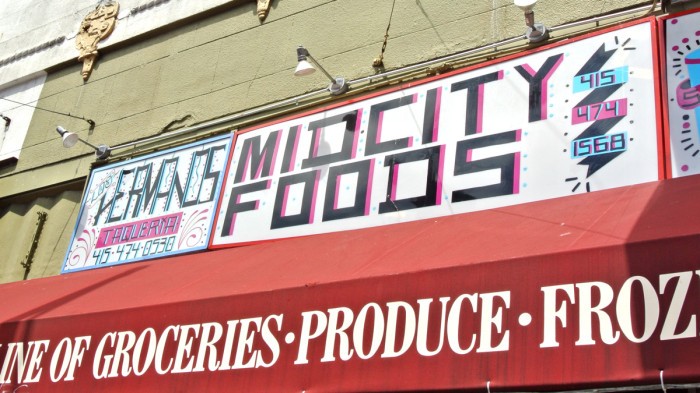 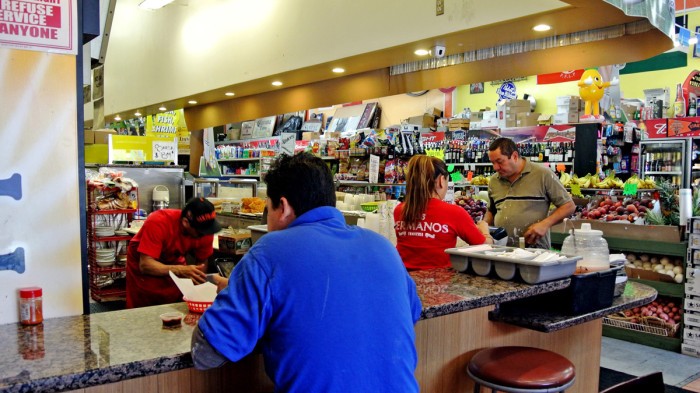 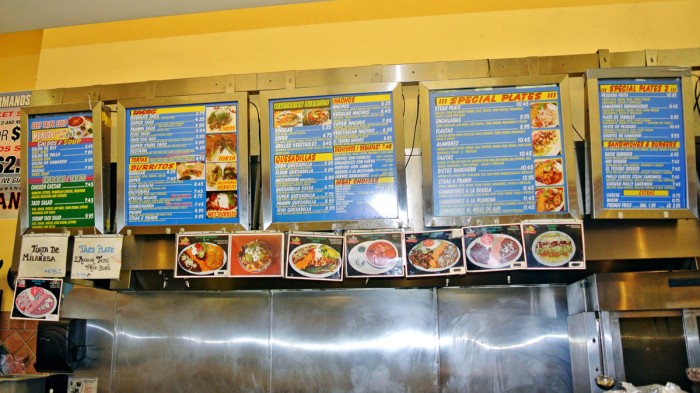 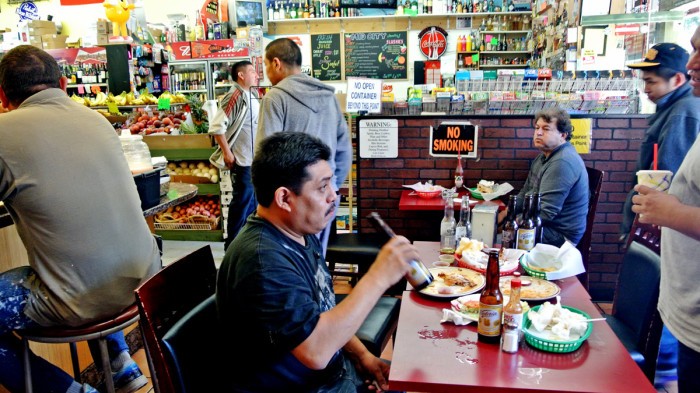 It wasn’t long before a basket containing an enormous foil-wrapped burrito was handed over to me. This thing was a behemoth — I’ve included a photo of it next to bottle of hot sauce and a salt shaker for size reference. Just look at how that massive burrito dwarfs the salt shaker! 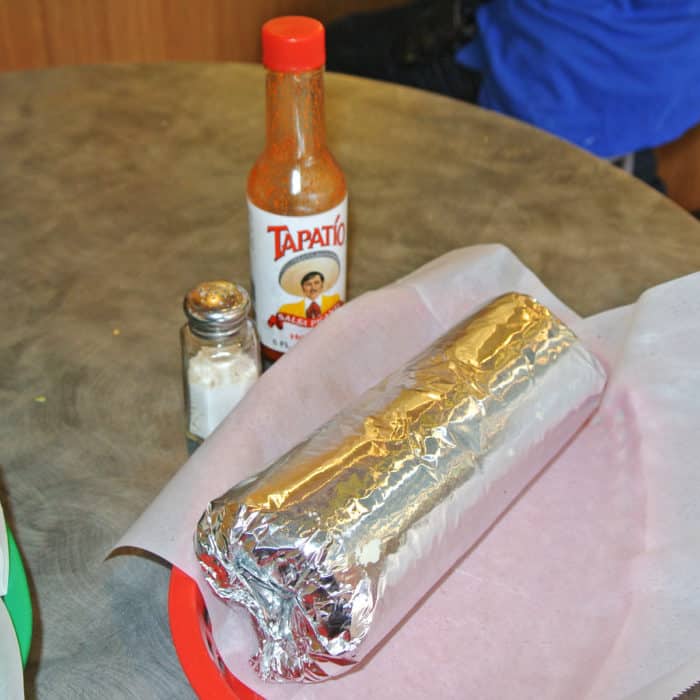 This burrito was huge!

It was loaded with plenty of crumbly chorizo sausage, beans, rice, cheese, guacamole, sour cream, and salsa. And I got all that for under $7.50. Based on my New York expectations of Mexican food, that’s unheard of.

Not only was it huge, but it was also absolutely delicious. Sure, I added a bit of Tapatio hot sauce on top to kick up the spice level, but that was just the icing on the already flavorful, hearty, and truly satisfying burrito. Actually, the most noteworthy part of the dish was the tortilla which was thicker than I’m used to. It had a really nice pliable, flaky, doughy texture that I don’t usually find with ordinary, lower-quality tortillas. I guess that’s just another great thing I’ll have to start getting used to out here in SF! 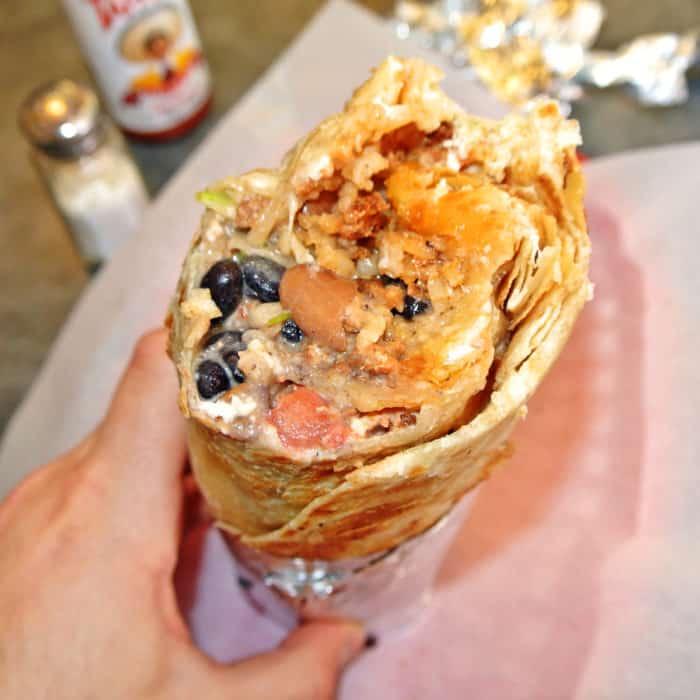 Though I wouldn’t really recommend wandering around this neighborhood even during the daytime like I did, if you do find yourself in the Tenderloin looking for a cheap, filling meal, don’t overlook the sketchy looking liquor store with a taqueria inside. You probably wouldn’t expect to find great Mexican food in there, but that’s exactly what I found at Taqueria Los Hermanos. Consider me surprised and impressed.

Got another great eatery in a strange location I should check out? Let me know in the comments below.