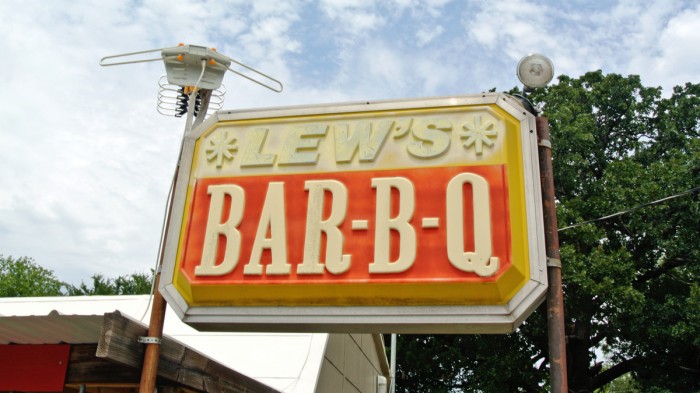 Contrary to popular belief, awesome barbecue does not just fall from the sky in Texas. In fact, most of the dining options in smaller North Texas towns like Denison are just chain restaurants with names like North Rig Grill, Cotton Patch Cafe, and Cracker Barrel Old Country Store. But, through the haze of generic chains, a different more familiar kind of haze caught my eye. Yes, that smoke was emitting from a barbecue smokehouse.

In a shack, set back behind a gas station off the highway, I noticed grey smoke billowing up into the sky. And next to it, another slightly larger shack bearing both the name Lew’s and Randy’s with a line of people leading up to the ordering window.

I don’t know what deal was with the dual names, but I didn’t concern myself with insignificant details like that. The menu was short, consisting only of six varieties of barbecue sandwiches along with a few sides including sausage on a stick, potato salad, stuffed peppers, potato chips, and soda. You’ve gotta appreciate a place that keeps it simple and doesn’t stretch themselves too thin. 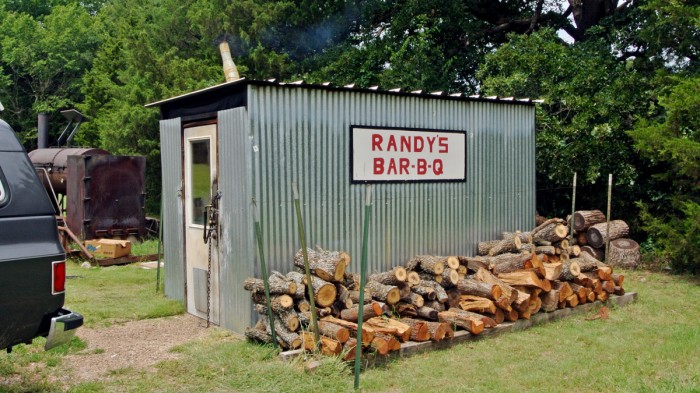 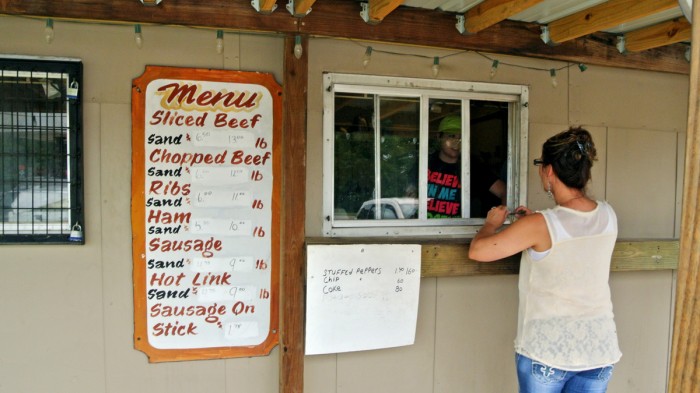 I knew I was going to get one of the barbecue sandwiches and ultimately settled on the Chopped Beef version. I really appreciated being able to watch my sandwich get assembled by hand in the window right before my eyes. First a bun, drizzled with barbecue sauce. Then a layer of pickles and onions. And finally a veritable fistful of juicy, meaty, chopped beef brisket before another pour of barbecue sauce was added followed by a top bun to secure the whole thing.

It was massive. It was messy. And it was a real steal for the low low price of $6. I wouldn’t say that this brisket can really hold a candle to any of my favorite brisket spots like Black’s or Fette Sau because it was lacking that crispy spiced bark texture I love so much. But as a great, cheap, filling, hangover-killing alternative in Denison it certainly did the trick. 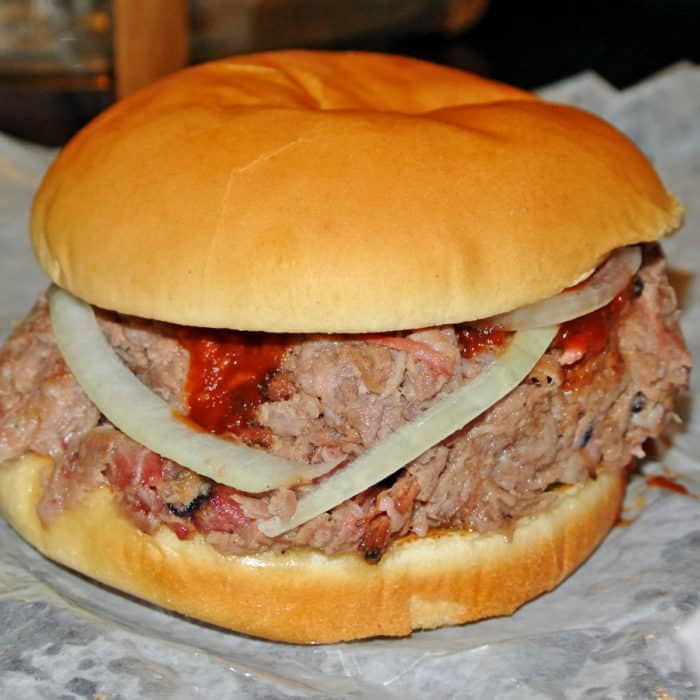 In conclusion, even though Randy’s didn’t serve mind blowing barbecue, I certainly enjoyed my lunch and would recommend a visit if you’re craving some ‘cue and find yourself in the Lake Texoma area.

Got some other North Texas cheap eats I should check out next time I’m in the area? Let me know in the comments below.