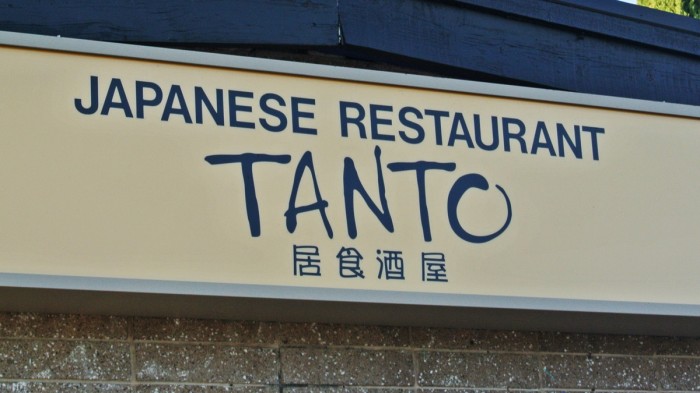 Tanto is the kind of place that attracts people from all walks of life. You’ll find large Asian families, couples on dates, suit-wearing business men and their out-of-towner business guests. I definitely spotted people from each of these categories that night and even saw a businessman straight out of Japan, no lie. 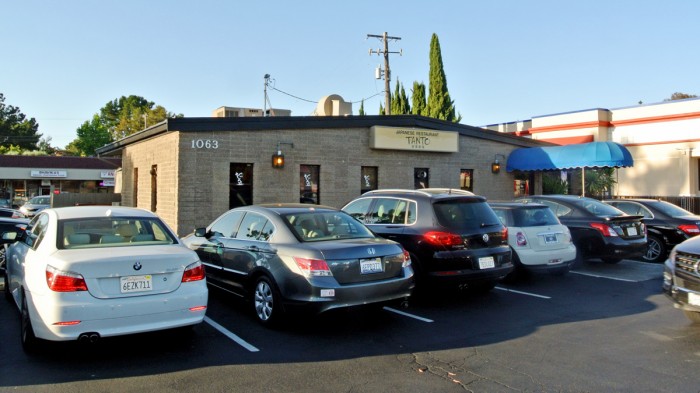 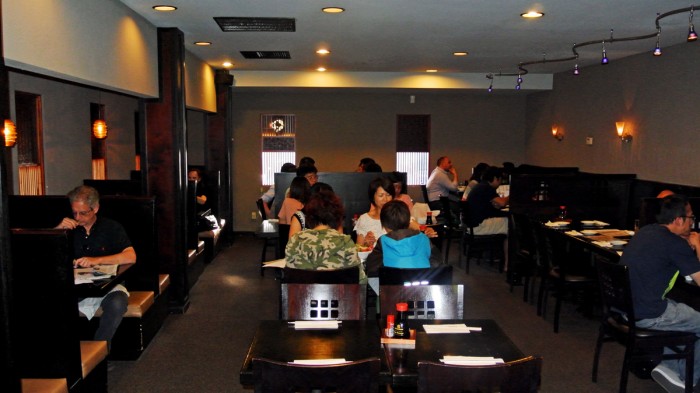 Since I was looking to unwind from the workday, I started my meal with a small carafe of sake. It was served ice cold and even though it was the cheapest of the sake options offered on the menu, it was actually quite good. 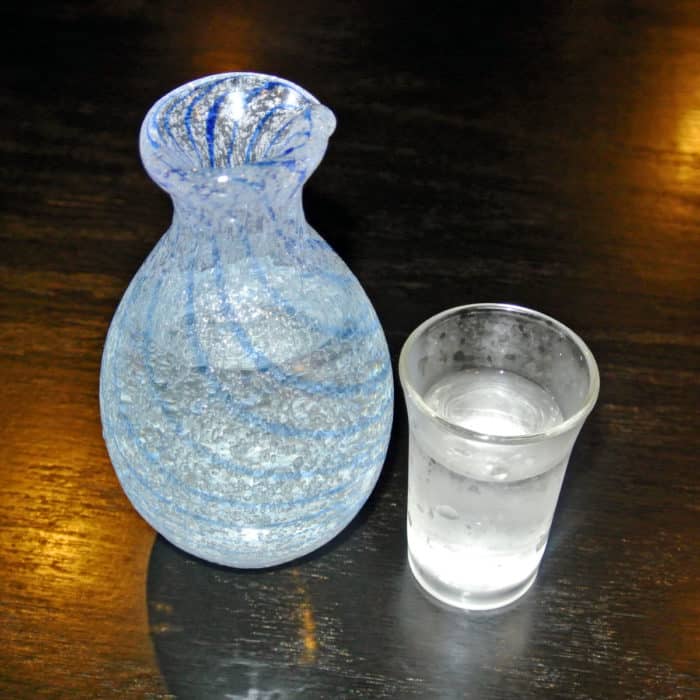 Then the parade of decadence began. First, the Toro Tataki. The very generous portion of thin-sliced, seared fatty tuna was dressed simply with a wasabi-kissed citrus soy ponzu sauce and was accompanied by a variety of fresh diced vegetables and greens. The texture of the raw tuna was silky and seductive and was absolutely wonderful in its unadulterated simplicity. 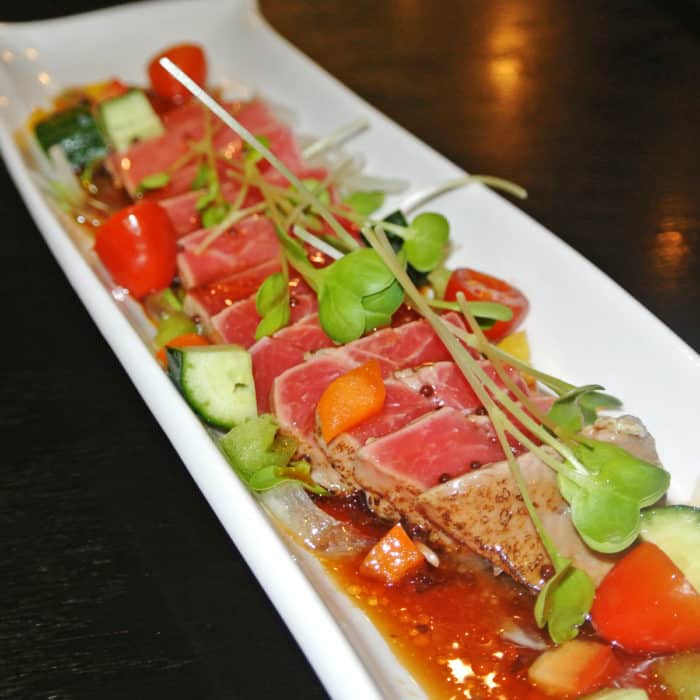 Next, I had the Uni Yakimeshi which was a oven-roasted hot pot loaded with white rice, a runny egg, a generous topping of uni, and sprinkle of shredded seaweed. I waited patiently when the dish arrived to allow the rice edges to cook against the hot stone bowl before I popped the yolk and stirred it all up into a glorious mess of deliciousness.

I love uni and this dish did a pretty excellent job highlighting this featured element. I poured on a bit of soy sauce on top to open up and integrate all of the dish’s flavors. This was definitely one of the most comforting and interesting rice bowls I’ve ever had. The egg yolk added a deep richness to the bowl and combined well with the bright, briny, brightness that the uni contributed. If you love uni and egg yolk as much as I do, I’m sure you’ll love this too. 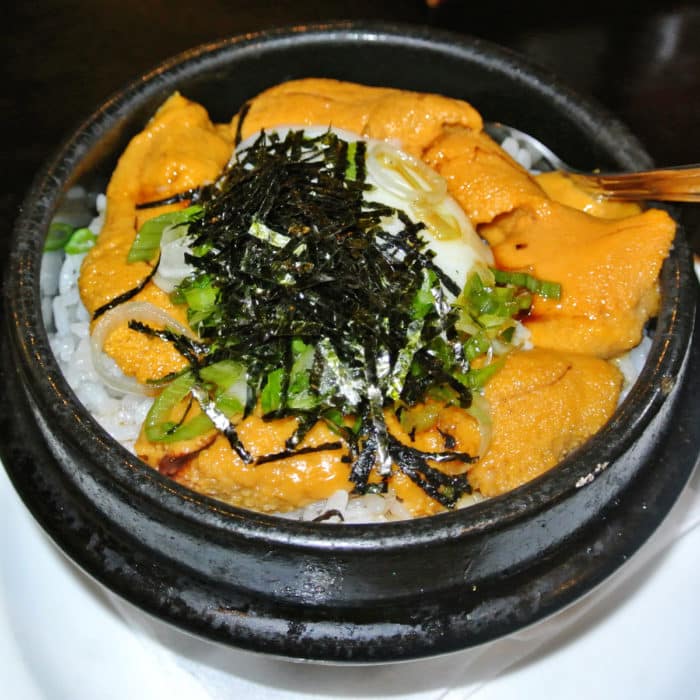 Next up was the Gyu Ishiyaki. Another massive, steamy black hot pot arrived, this time with a bounty of raw beef cooking table-side as it was brought to me. I was instructed to keep stirring the beef, I assume to allow the meat to cook and brown on all edges so I did precisely that. The beef was dressed with a sweet, sticky, garlicky sauce that clung to each wonderfully tender piece of gorgeous beef. This was another incredible decadent dinner treat. 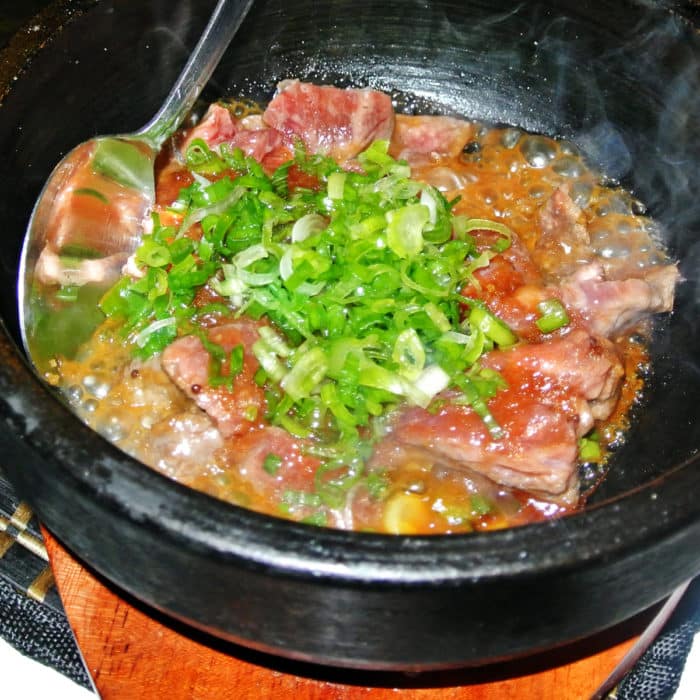 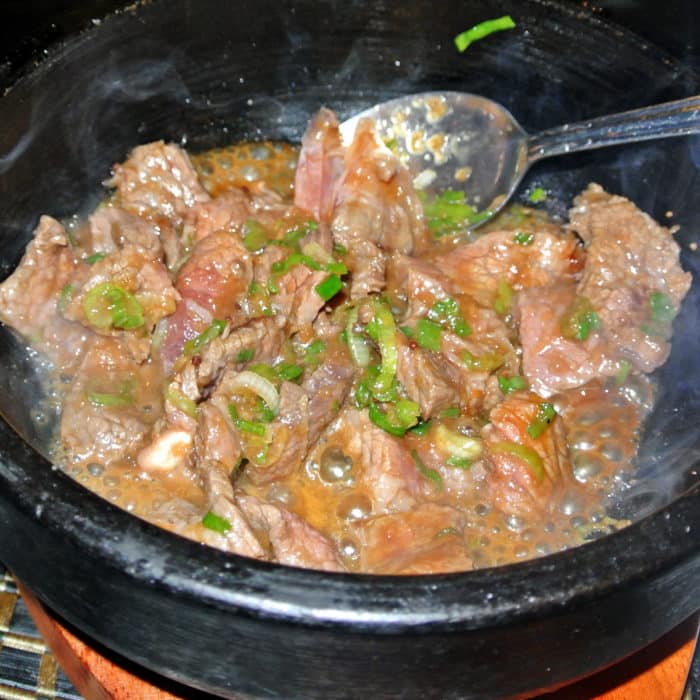 Finally, I had the another fish dish called Gindara Yuan Yaki which was simply-grilled black cod. The two large freshly broiled pieces of white fish were cooked extremely well, just past raw so that each slice pulled apart in large flaky, moist, tender, fishy sheets. It was quite a straight-forward preparation dressed minimally with soy sauce, mirin, sake, and yuzu so you’ll want to utilize the provided lemon and grated daikon to boost the flavor of this beautifully simple fish. Another knock out here. 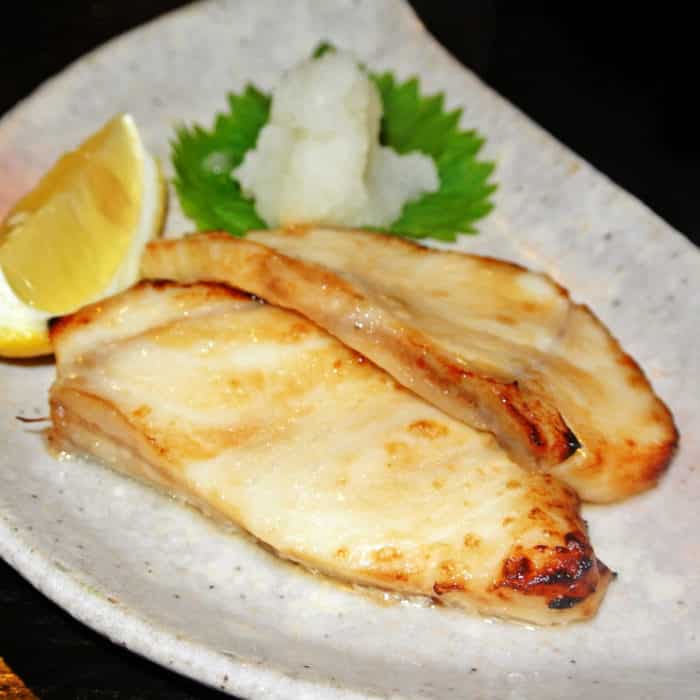 So, did I get a little carried away? Yes, probably. Did I go over budget? Yes, a bit. Was it worth it? Yes, very much so. Though I wouldn’t ordinarily consider this restaurant expensive you can definitely throw down some money there. I definitely could have filled up with less food and for cheaper, but I was glad that I had every single one of the dishes I selected.

Tanto does a wide array of meat and fish dishes the justice they deserve. So, whether you need an interesting date night spot in Sunnyvale or are looking for a place to take out-of-towners for dinner, with their immaculately prepared meats and seafood, Tanto will always serve you well.

Got another great, reasonably priced date night spot in Silicon Valley? Let me know in the comments below.