One Saturday night, with a couple of ravenously hungry friends in tow, I headed over to the Mission District location of Lers Ros Thai. After a bit of a wait, a large table freed up and we were seated in the clean, modern, and downright pretty restaurant. I don’t need a nice atmosphere when I’m dining, but I appreciate it and could definitely see using this place as a date night spot. 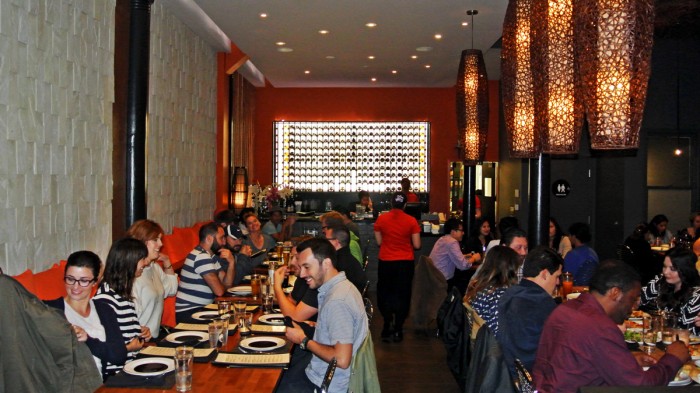 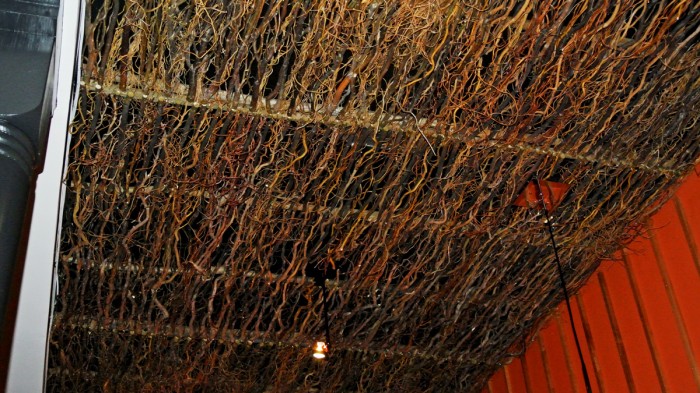 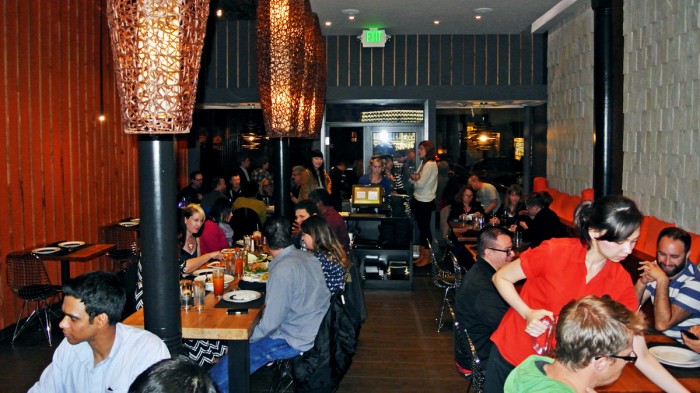 Given the fact that it was a Saturday night and this meal would ultimately lead into a night out on the town, we figured it made sense to get drinking immediately. We started with a bottle of cold sake which subsequently led to many many more. Personally, I love the taste of good sake and the feeling of being sake-drunk so I was a happy camper. 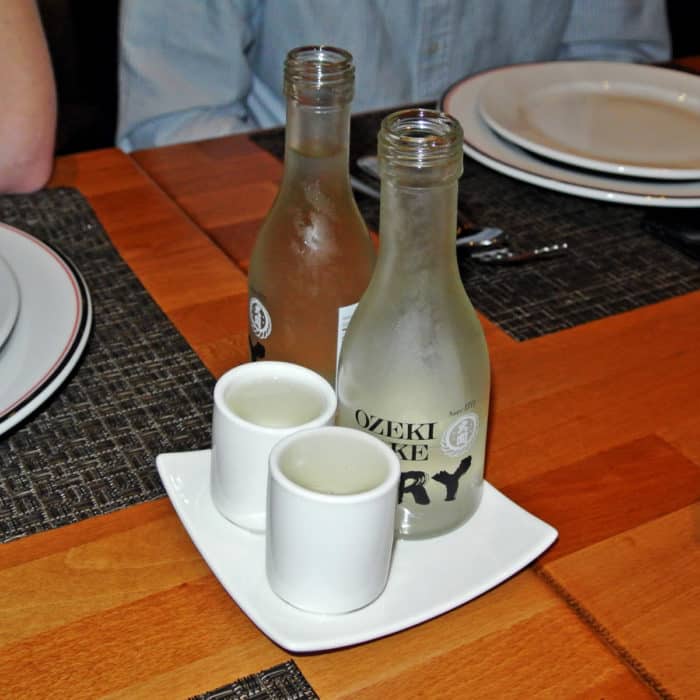 To get the meal going, I selected a number of appetizers for the table to share and started with a dish called Som Tom Poo… hahah he said poo. Yes, Som Tom Poo. It was a shredded green papaya salad tossed with a spicy chili loaded lime-based salad dressing and RAW BLUE CRABS. Yes, this dish really had completely uncooked crab served in the shell and plenty of it. When the waitress asked me for a heat level on this dish, I requested “medium” and I’m sure glad I did, because this dish was absolutely incendiary.

This dish was certainly one of the most extraordinarily spicy things I’d ever consumed, but it was also damn delicious. It had the bold, complex flavors and textures I constantly seek while dining out, but it totally left my mouth numb and my palate nearly blown out. The raw crab meat was really interesting too. It had a sort of a runny texture because, well, it was completely raw hadn’t firmed up through any sort of cooking process. And it had a distinct ocean flavor that I could detect even through the violent spice. 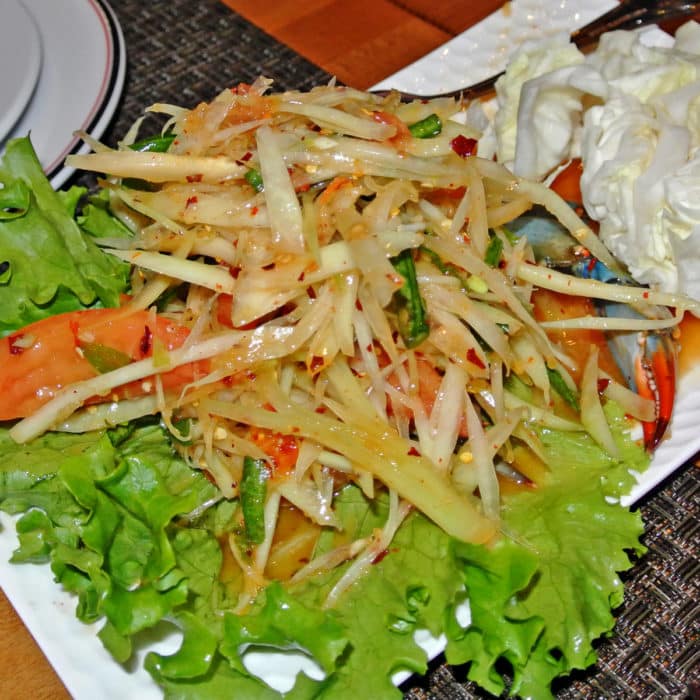 In an attempt to cool off and regain feeling in my mouth, I moved on to Thai Herb Sausage. I’ve kind of become obsessed with eating amazing sausages of all types and was really excited to have this unusual Asian variety. It was snappy, moist, and meaty but what made it so interesting was the funky almost sour flavor that came through the meatiness. I loved it and look forward to having again some time in the future. 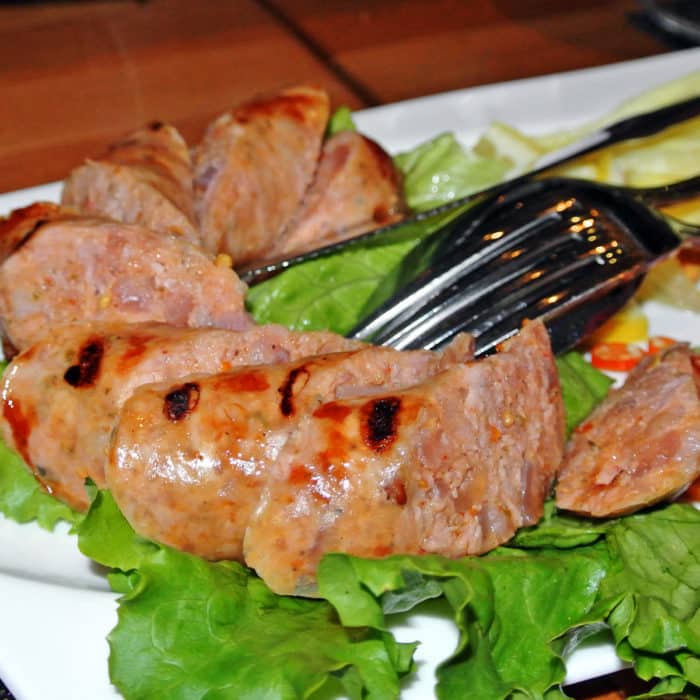 From there, we moved onto a grilled beef dish called Nuer Yang. I think this dish may have been spicy, but I honestly couldn’t tell you because my mouth was still tingling from the Som Tom Poo. What I do know is that it was super tender, juicy, flavorful, and delicious. This dish was another winner especially after a dip in the funky vinegar dipping sauce. 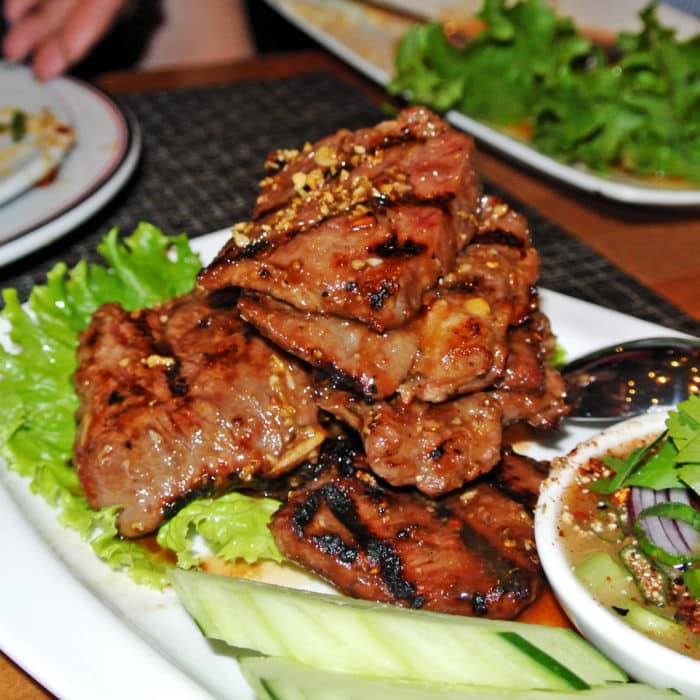 Next up was the Pad Kra Prow Moo Krob aka Thai pork belly. As obsessed as I am with sausage, I think my passion may be even stronger for pork belly. Just see my posts at WD~50, Muncan Food Corp, Lumpia Shack, or Fatty ‘Cue for proof. And still with as many kinds of pork bellies as I’ve had, I still manage to find new incredible varieties like the one served at Lers Ros Thai.

This dish came with a massive portion of extraordinarily tender, meaty pork with a melty, buttery, layer of fat and a super-crispy, crackling sheet of skin. If that wasn’t enough, the vibrant, spicy, and intensely garlicky sauce the meat and veggies were served in made it all even more incredible. The whole thing was in a word, dreamy.

Noodles were the next step to this meal. This Pad See-Ew was probably the mildest of the dishes we had, but I’m not saying that’s a bad thing. The noodles were cooked perfectly and the gentle, sweet, sticky sauce coating the chicken, Chinese broccoli, eggy bits, and rice noodles soothed my still burning mouth.

Though this next dish, Kai Pad Prik King, looked like it would be pain inducing with its iridescent red glow, that was actually not the case. Most of the red color came from red curry paste, not chile peppers. I’m not saying there was no spice, in fact there was quite a bit, just not as much as might expect from the looks of it. The chicken, green beans, and peppers were cooked extremely well and had an excellent wok hei smokey flavor from the stir-frying. This was another dish I’d return for. 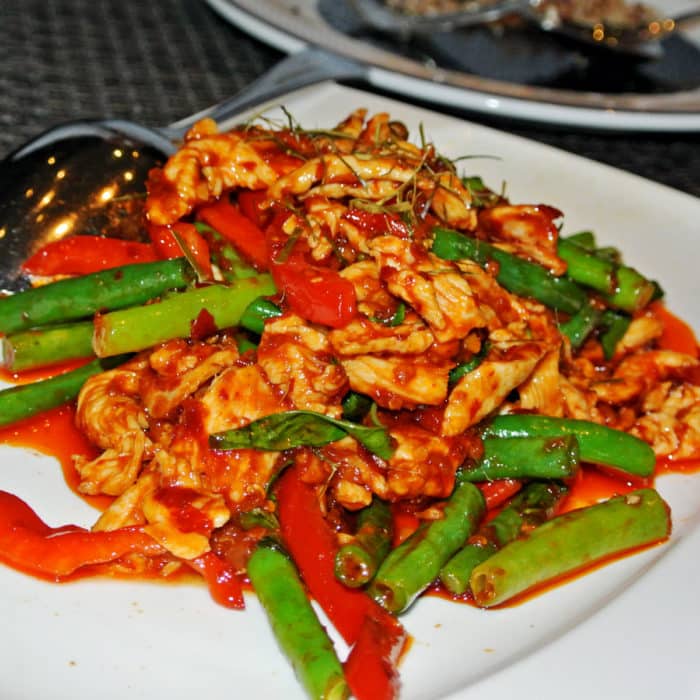 And finally, one last noodle dish for the table. A Thai favorite of mine: Pad Kee Mow. I’m a huge fan of this spicy wok-fried rice noodle dish and can hardly resist getting it whenever I’m having Thai. This rendition was loaded with a ton of springy sliced squid, shrimp, and other seafood along with the requisite ground pork bites. Like the Pad See-Ew before, these noodles also had plenty of the excellent wok hei flavor I love so much. 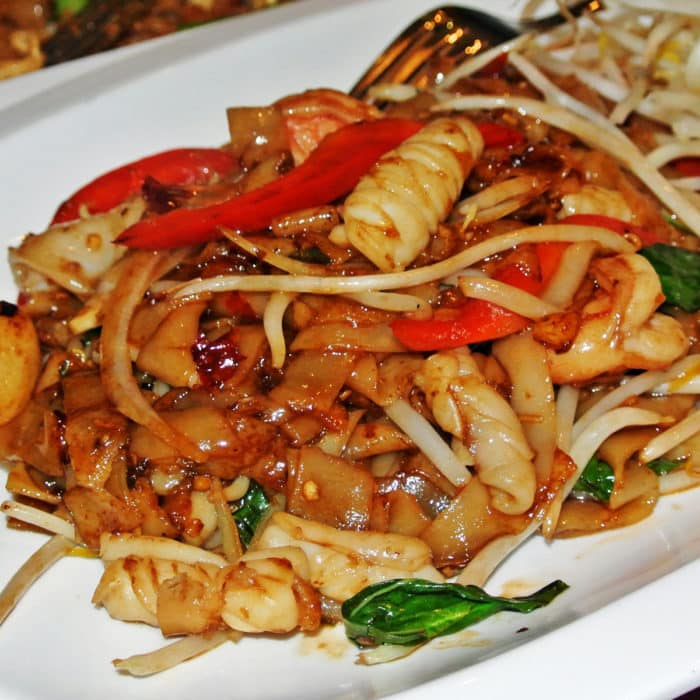 So yeah, we kind of gorged. That was a lot of dishes between not a lot of people but it was all so good, there’s nothing I wouldn’t have ordered.

If you’re looking for really authentically flavored and spiced Thai in San Francisco in a nice environment at a reasonable price, Lers Ros Thai is the place. The bold dishes were huge and delicious and nearly brought us to tears, but they are tears I plan to shed again.

Got another super spicy spot in San Francisco I should check out? Let me know in the comments below.