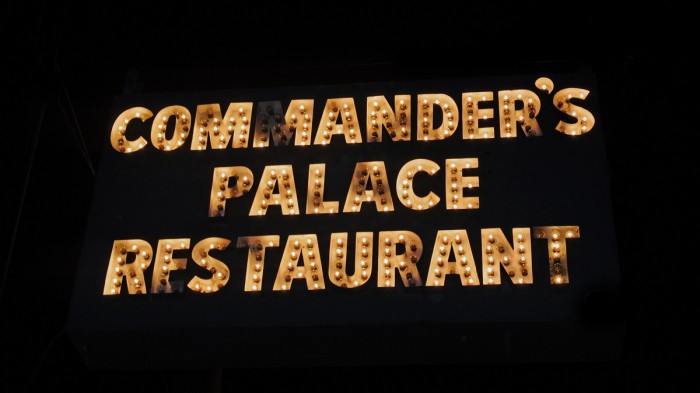 When’s the last time you put on a suit to go to dinner? I can’t really remember the last time, but I think it may have been my sister’s Bat Mitzvah 10 years ago? And yeah, I was probably wearing the same suit. In my experience, I’ve found that New Orleans is an amazing place to visit whether you’re looking for great music, great dining, or great drinking. But, if you’re looking for a really special meal, there’s one very famous restaurant that seems to keep on living in a completely different, older era.

This restaurant, Commander’s Palace, is housed in a Victorian mansion right in the middle of the primarily residential Garden District neighborhood and has been a staple of the New Orleans fine dining scene since 1880. As you could imagine, many famed chefs have passed through these kitchen doors including the esteemed New Orleans celebrity chef, Emeril Lagasse.

Inside, the restaurant was equally as grand as the impressive exterior. It had a massive, multi-level dining room with lofty ceilings and an enormous formally-dressed staff that whizzed around the space. As we were led through the dining room upstairs to our table, we were greeted by no less than 10 staff members with an energetic, heartfelt “Welcome in. Welcome in.” 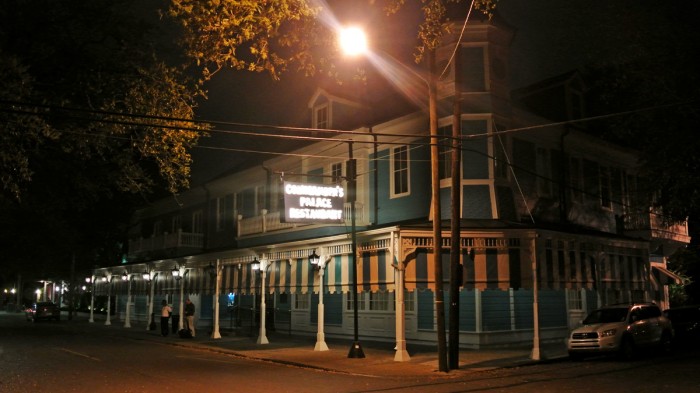 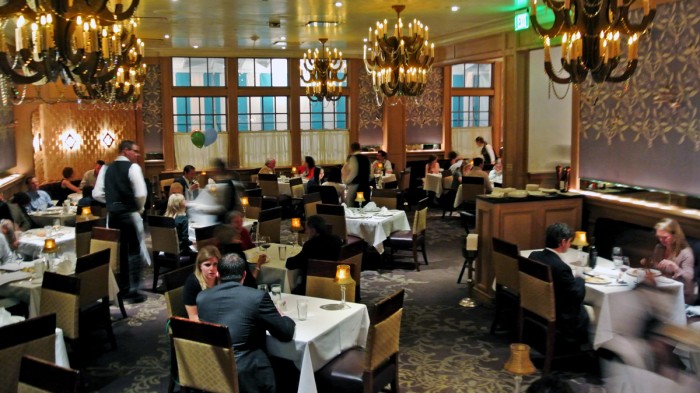 After getting settled at our table, Amy and I looked over the cocktail menu and selected our first round of drinks. I began with a suggestively named drink called Between The Sheets made with brandy, rum, triple sec and lemon juice.

It tasted mostly of citrus and wasn’t very boozy tasting at all. This might not be a bad thing for most drinkers, but I appreciate a strong cocktail where I can actually taste the liquor. It was served with a sugared rim and was ultimately a bit sweet for me, but I thought it was still quite a nice cocktail to kick off the meal.

Normally I wouldn’t waste time talking about or even bother eating table bread, but at Commander’s Palace they drop of a plate of the most ridiculous, luscious garlic bread you’ll ever see at every table. I just couldn’t resist. This bread was drenched in a golden yellow butter topping that just oozed with garlicky bursts of insanity in every bite. Ordinarily, I wouldn’t advise wasting your stomach’s room on bread, but this was just too good not to consume.

In an attempt to get some greens into the meal, we ordered the Louisiana Strawberry Salad as one of our shared starters. It was a bright, fresh, little salad and though on the petite side, it was honestly an appropriate portion for the dish. It was topped with amazingly fresh strawberries and had a really pleasant dressing, but the nutty pecans really made the dish memorable. 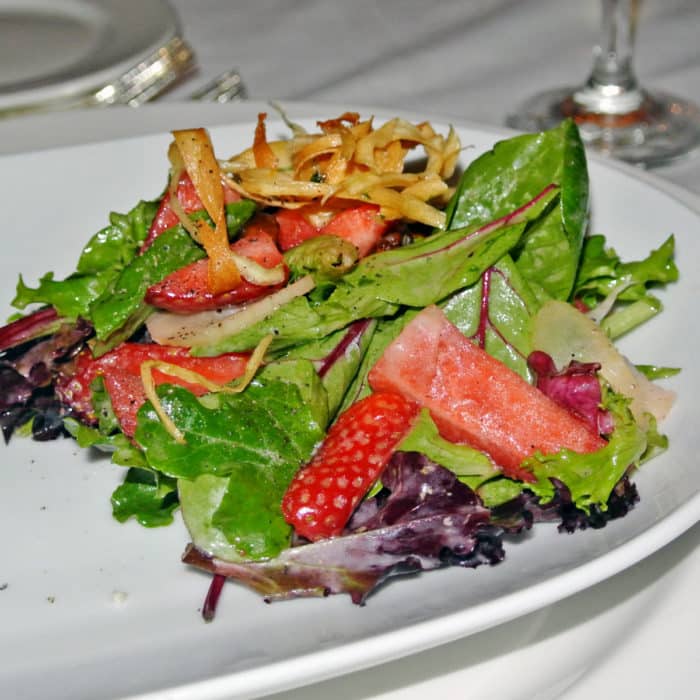 Up next was the Turtle Soup. Yes, this soup really had turtle meat in it. This dish is one of the most renowned dishes at Commander’s Palace and for good reason. The bold, funky, thickened, spicy, meaty, sour soup had so much going on. I was obsessed.

The turtle meat, which was plentiful and shredded throughout, was sort of like dry chicken but not in a bad way if you can believe me. The turtle meat really did work well in the scheme of the dish. The whole thing was really extraordinary and in my opinion worth the trip to Commander’s Palace on it’s own. 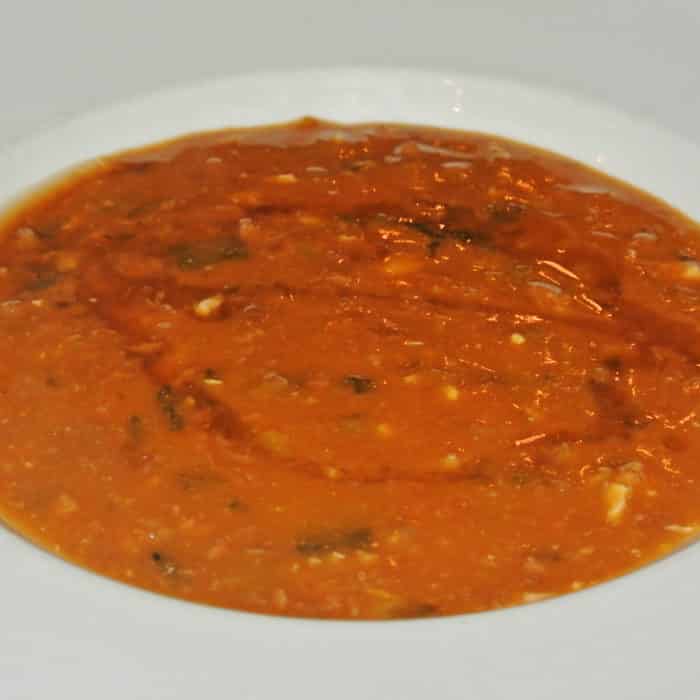 At this point in the meal, we were ready for another round of cocktails. I spotted Hot Buttered Rum on the cocktail menu and couldn’t resist, especially when I saw that it would be prepared table-side. After ordering it, the waiter came over with a white tea cup and a pat of butter. I wondered what he’d be doing with all that butter.

Then the show began. He used a cinnamon stick to muddle the pat of butter with a hefty portion of sugar while pouring a tea kettle of hot water over top of the muddled mixture. Once everything was completely integrated, a little carafe of dark rum was poured directly into the teacup. Pretty wild and truly awesome if you ask me. It tasted first like hot, liquid butter then had a strong overarching cinnamon taste, followed by an alcoholic spiced rum flavor that shot through the entire profile. 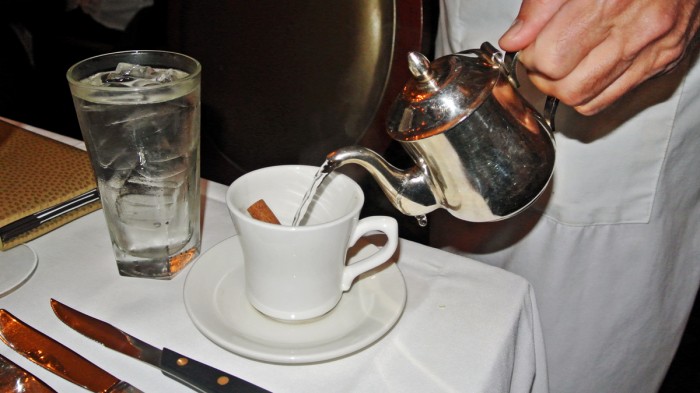 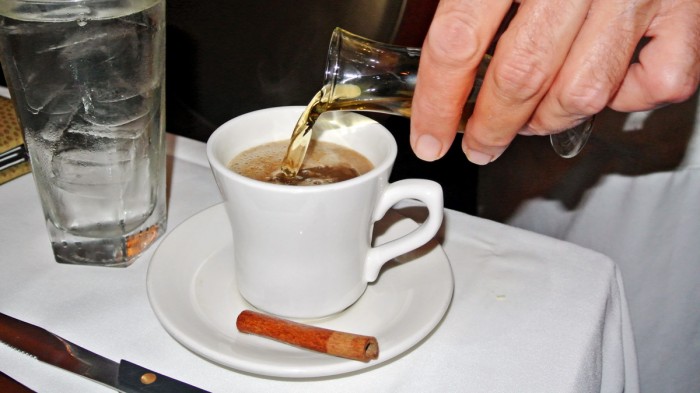 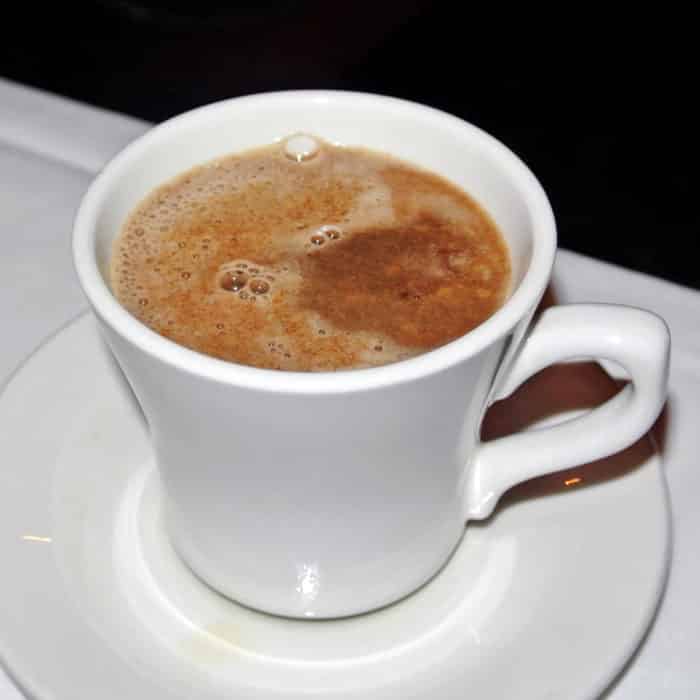 Then it was time for the entrees. Between Amy and I, we split two dishes, beginning with the Pecan Crusted Gulf Fish. The gulf fish served that evening was called Sheepshead, which I was unfamiliar with before this meal. It was a white, flaky fish and had an awesomely crunchy, nutty pecan crust on its exterior. For me though, the creamy sauce totally made the dish. Every flaky, crispy, creamy bite was better than the last. 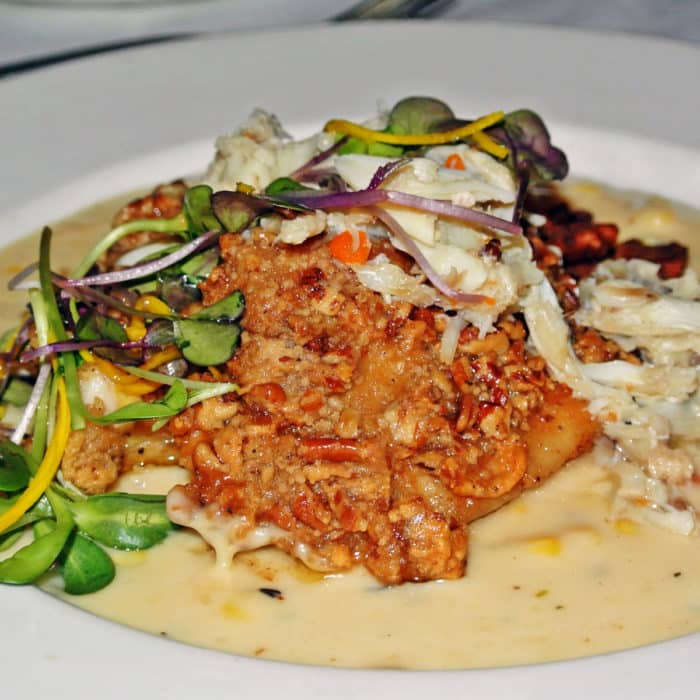 Then came the famed Praline Lacquered Texas Quail which was an absolutely gorgeous little bird. The honey lacquered exterior glistened in the candlelight and the glaze coated the moistest, most perfectly cooked quail I’d ever eaten. Seriously, I’ve never had such moist quail.

If that wasn’t enough, all of the other flavors were extraordinarily complex and came together so well despite the many bold competing ingredients utilized. It was funky, sour, sweet, iron-y, sticky, crunchy, crispy, and moist. All of those elements were there and they were all awesome. 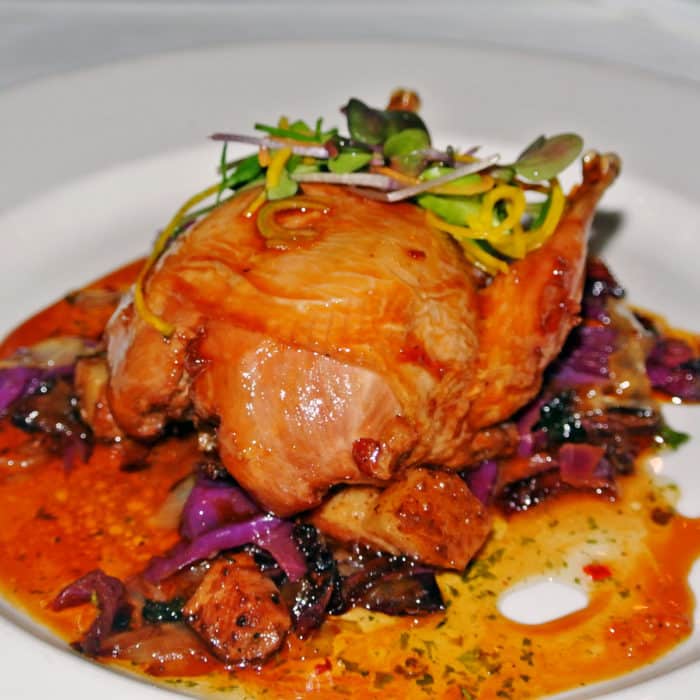 At this point in the meal we were really full, but I had already preordered dessert, the Creole Bread Pudding Soufflé, due to the forewarned 20 minute preparation time. So, after completing our main courses we prepared our bodies to put down one final dish and anxiously awaited its arrival.

What came was a massive puffed up pastry dome that overflowed from the top edges of the jumbo-sized ramekin. It seemed like it would be super heavy and filling, but fortunately for both of our stomach’s sake, it was a soufflé so the interior of the dish was completely hollow and the cake around the edges was light and airy. The dough itself was fluffy and eggy and came studded with meaty, crystalline, sugar bits.

And if that wasn’t enough, the table-side server came over with a dish containing a white substance and said “I’ll just add some whiskey cream to it.” Uh, yes please. This light, creamy, fluffy, and very alcoholic topping was unsurprisingly amazing and really brought the whole dessert over the top. 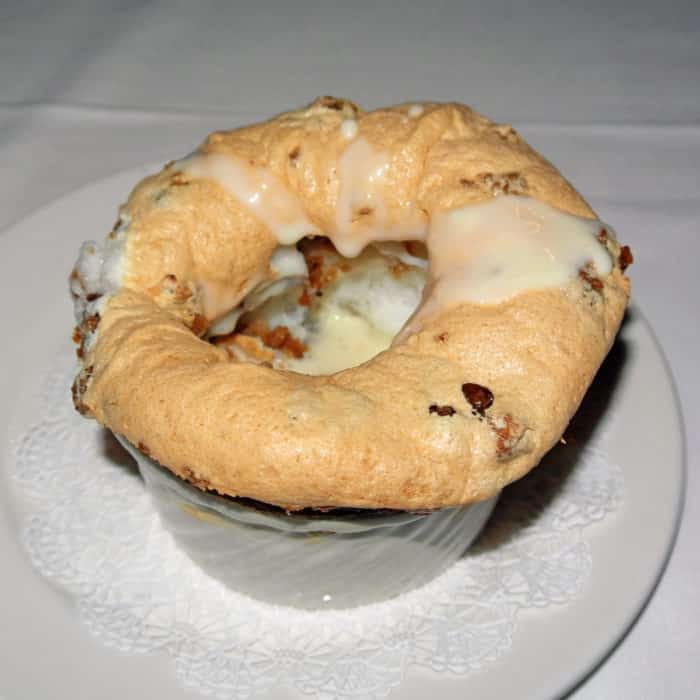 Though dining at Commander’s Palace does not come cheap and you may feel hesitant about the formal dining atmosphere, I’d highly recommend making it a priority to eat there the next time you’re in New Orleans. The dining service is truly outstanding and the food really is everything it’s cracked up to be. So yes, I’d don a suit to eat at Commander’s Palace again if the opportunity presented itself and suggest you do too.

Got another excuse to wear a suit to dinner? Let me know in the comments below.