In the western reaches of SoHo there are tons of office buildings loaded with hungry workers in need of a good lunch. This draws a wide variety food trucks to the area to line those streets on a daily basis. Most of these trucks are the hipster-fusion variety which attract long lines and park on either Varick or Hudson just below Houston.

But if you walk just one block back east, you’ll find a strange triangular park called SoHo Square Park on 6th Avenue between Broome and Spring. At the top edge of the park, on most days, you’ll find a bright yellow food truck painted with very stereotypical Indian stylistic colors and decorative flourishes called the Desi Food Truck serving humble Indian dishes and never has a line. 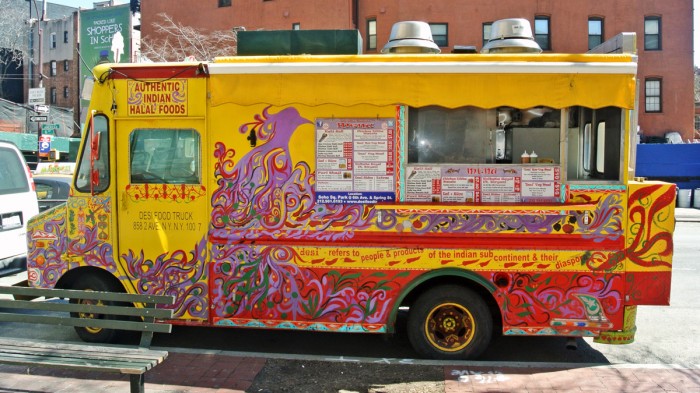 At this truck you’ll find a menu filled mostly with uninspired biryanis and kati rolls, but there’s one dish that’s not so easy to get elsewhere in NYC that I find myself returning for frequently when it’s still available during the cold winter months. It’s a dish called Haleem which I can most easily oversimplify as a spicy Indian lentil chili-like stew.

It’s quite a dense stew made with plump lentils, barley, and what ever other grains the chef had on hand. The grains are cooked at length until tender, but not too far so that they still pop between your teeth with a hearty, toothsome bite. The stew is also loaded with large, tender hunks of gamey meat that’s been cooked so long that it shreds with ease. I think the meat was beef, but I’m honestly not sure. For all I know it might have been goat or lamb.

This dish is apparently a very intensive and time consuming dish to create, often requiring at least six hours of stew time for it to reach the desired thickness, but I’m glad the Desi Food Truck takes the time to make it during the cold Winter months because the flavors and textures are incredible. It has a very distinct Indian flavor profile from the inclusion of both common and uncommon Desi ingredients like ginger, garlic paste, turmeric, cumin seeds, caraway seeds, cinnamon, cardamom, cloves, black pepper, saffron, jaggery, allspice, pistachio, cashew, fig, and almond. Sliced green chilies are also added on top to order to provide a nice kick of heat to pierce through the stew’s complex flavor combination. 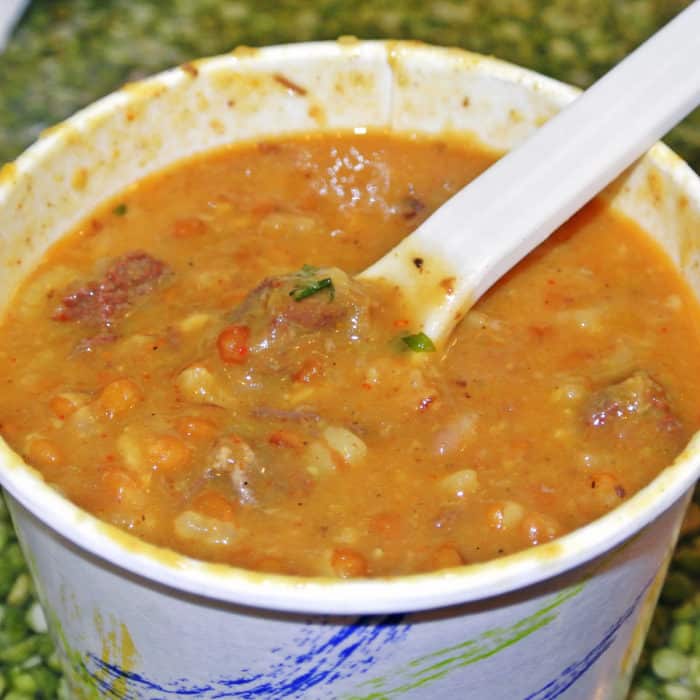 So, if you’re in the neighborhood during lunchtime and want to try something unusual, stop by the Desi Food Truck, order a bowl of Haleem, and let it warm you from the inside. I can’t vouch for the entire menu, but the Haleem alone is certainly worth a visit.

Know of another rare dish being served out of a food truck in NYC that I should check out? Let me know in the comments below.