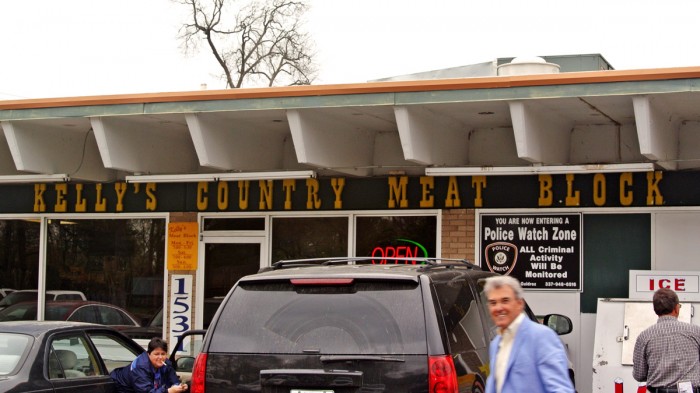 Like I said in my previous post at Palace Cafe, a friend’s wedding brought me to the literal middle of nowhere Opelousas, Louisiana. As it often occurs at weddings, many drinks were drunk which led an absurdly hungover morning. Before hitting the road to embark on a two hour drive to New Orleans, we knew needed some comfort in the form of a hearty, greasy fried food-filled meal. A quick search of the Opelousas area led me to discover a little shop called Kelly’s Country Meat Block & Diner, more commonly referred to as Kelly’s Diner.

Once again, just like at Palace Cafe, I’m certain I’ve found a place where all the locals go. The parking lot out front was bustling and a line formed inside leading up to a cashier’s counter. The place was sort of a dive with a retro 1950s diner feel due to their super casual paper and styrofoam serving dishes, checkered floor, sparkly red vinyl chairs, and hot rod posters. 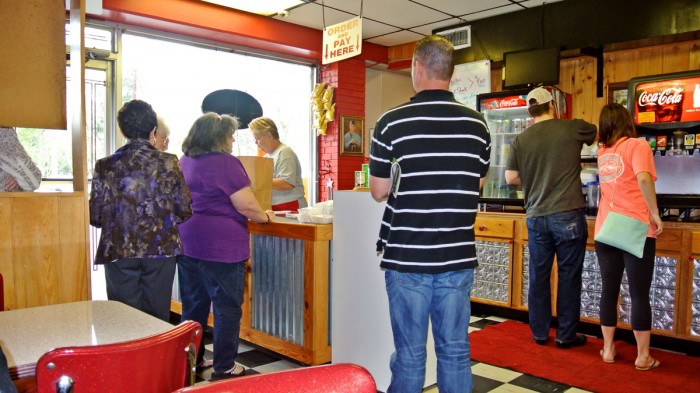 While in line, Amy spotted a blue sign taped to the wall highlighting a special of Cajun Fried Steak. In my pure hungover pain and agony I decided to throw all caution and reservation to the wind and order pretty much the unhealthiest thing possible. I needed it. I needed it bad. 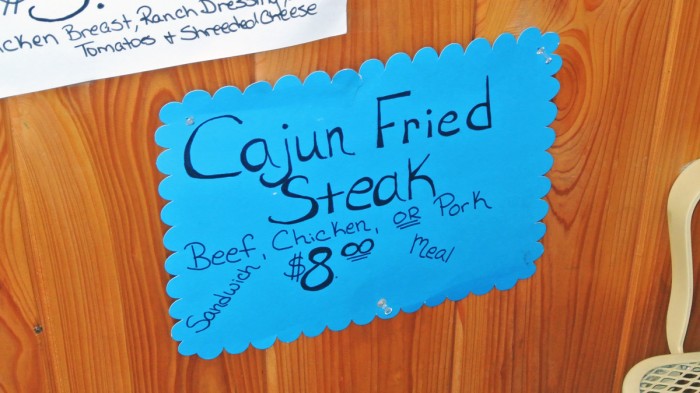 When asked what meat I’d like my Cajun Fried Steak made with, I chose beef. That seemed like the most logically choice for this dish and I selected rice with gravy and potato salad as my sides. We grabbed a table and soon my number was called and a large subdivided styrofoam platter arrived with a magnificent, massive, golden-fried flat steak over a bed of gravy soaked white rice along with a glowing yellow mound of whipped potato salad.

The pounded-thin steak was dredged in batter before being deep fried which gave it plenty of surface area to crisp up. The gravy was not the gloopy kind you often find, but instead more of an herbal roux that soaked nicely into the rice below. The potato salad was whipped light and fluffy with plenty of creamy, eggy, mayo-ness but was ultimately kind of flavorless on its own.

Not to worry though, every table came stocked with a canister of Cajun seasoning and a bottle of vinegary Louisiana hot sauce which I was happy to generously apply to all of the items on my platter. It really kicked them up a notch. As Emeril would say, Bam! 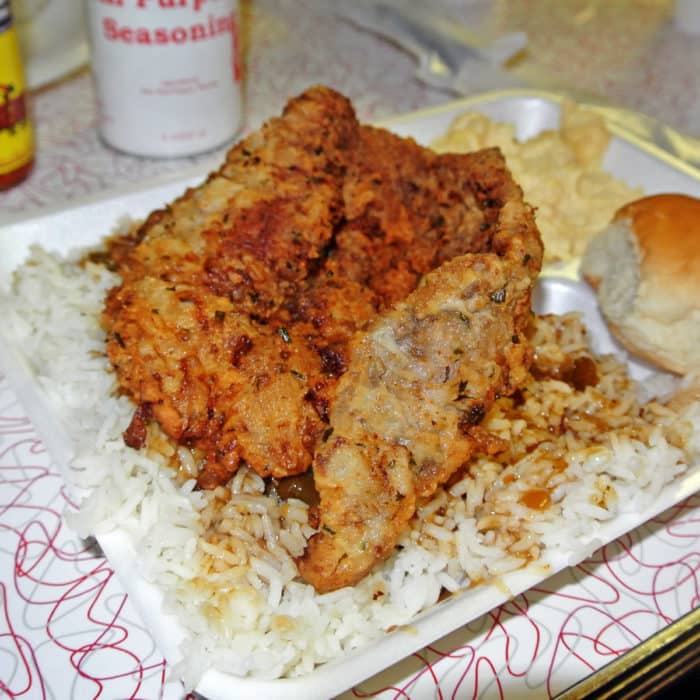 But we’re not done yet. Remember, I was in utter dire straits from that awful post-wedding hangover so I ordered one more item to round out my meal, the Fried Boudin Balls. Oh yes, I did it. Those huge, crispy, craggy, billiards ball sized fritters were loaded up with funky, bold, moist, crumbly meaty rice-based pork sausage and served an excellent addition to my meal. There was definitely a funk to the meat, which I quite liked. I’m fairly certain the sausage filling included a bit of pig offal, possibly liver and probably a whole lot more. 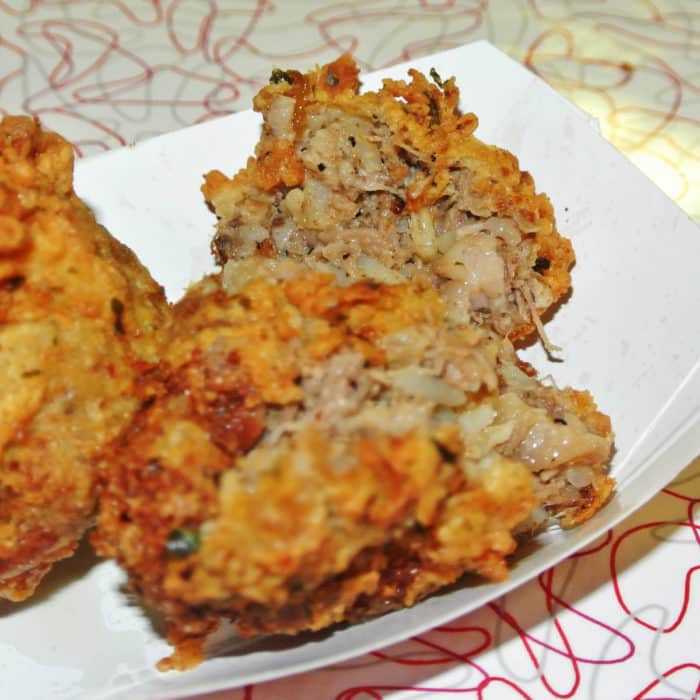 So, if you find yourself in Opelousas in as bad shape as I was, head over to Kelly’s for some good old fashioned Cajun comfort. The service was really friendly, so friendly that in fact the Opelousas District Attorney even came over to our table to shake all of our hands and say hello. So, head on over and experience some of that cheap, excellent, low-key, locals-only food with plenty of Southern charm.

Know another place oozing with Southern comfort I should check out? Let me know in the comments below.