How on earth did I end up in Opelousas, Louisiana? Well, my girlfriend, Amy, is from Texas and Louisiana isn’t that far. Some of her friends from high school ended up working in Lafayette, Louisiana and we all ended up in the area for their wedding.

As is my usual plan of action wherever I am, I had to find great food. Since I was in Cajun country, I knew that was the kind of food I needed to get for lunch. After a bit of online research, I decided on a spot in downtown Opelousas, right near the courthouse called Palace Cafe.

This cafe had an old world, sort of run down vibe, much like the rest of the downtown and seemed like it hadn’t been changed since its inception 75 years prior. It looked like a classic diner and seemed to cater primarily to locals. Honestly, who else besides locals are even in Opelousas? The rascal scooter parked in front definitely seemed like a good sign and I certainly felt the locals’ eyes burning holes right through me as I walked inside. They knew I wasn’t from around there. 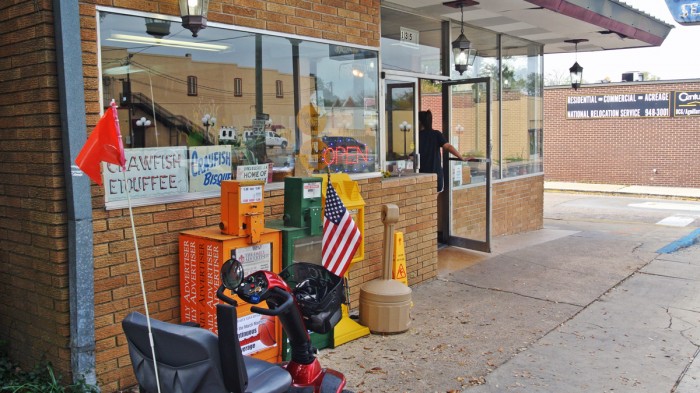 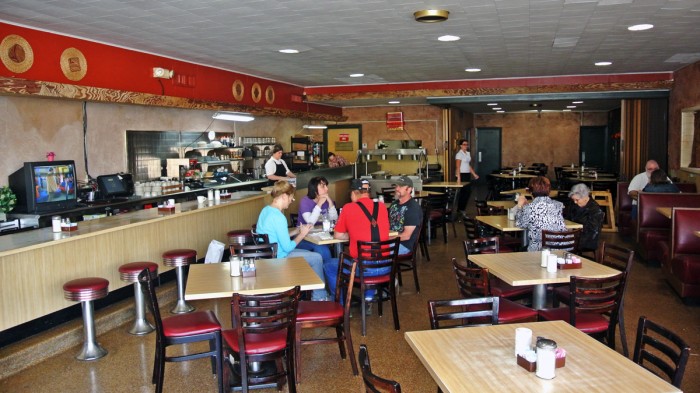 After getting seated, looking over the menu, and consulting with the waitress I decided to order two creole classics for lunch. I began with a bowl of Shrimp, Okra, and Oyster Gumbo. This deep, dark, stew was on the oily side and was fairly light on flavor to begin. There was a ton of tender stewed okra and other veggies sunk into the broth along with a number of tender snappy shrimp and three massive, plump oysters. The textures of the dish were great, but like I said, I though it was a little mild so I added a hearty shake of the supplied Cajun seasoning to the broth which I found really helped wake it up and open up all of the flavors. 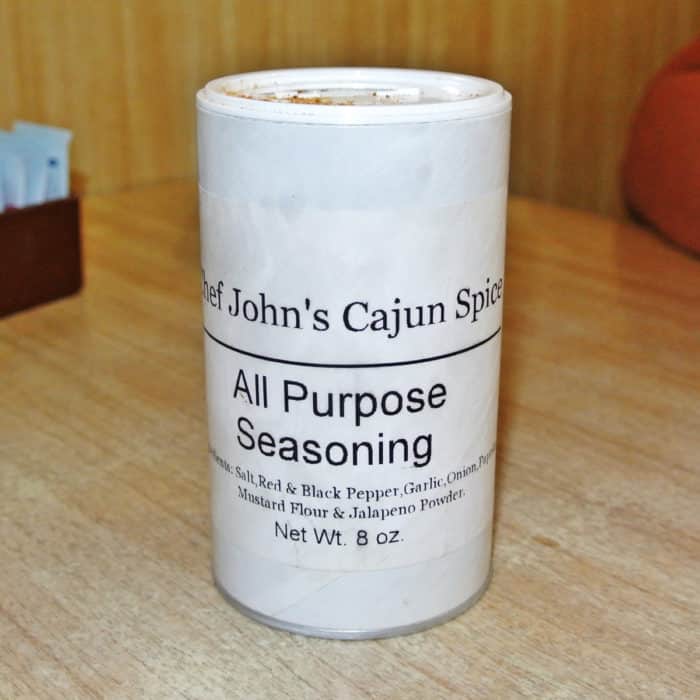 After finishing my gumbo, my other dish arrived, an enormous Fried Oyster Po’ Boy sandwich. The thick, fluffy, crackly bread was particularly great and served as an excellent vessel for all of the fillings. The jumbo-sized sandwich was loaded with humongous, crispy, breaded and deep fried oysters along with pickles, lettuce, tomato, and mayo. On its own, the sandwich was pretty mildly flavored, but once again I added a hearty shake of Cajun seasoning along with a little bit of vinegary Louisiana hot sauce to really bring it life. This huge, delicious sandwich was truly a steal at only $5.95. 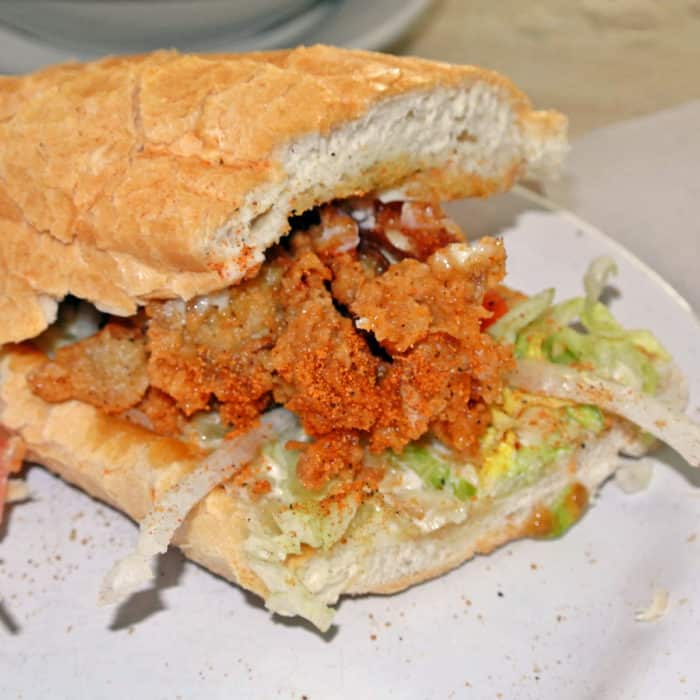 So, if for some reason you find yourself in the Opelousas or Lafayette area make sure you take a pit stop at Palace Cafe. With such cheap and delicious Cajun cuisine served in a truly authentic old world setting, you’ll be sure to leave happy.

Got another Cajun gem I should check out? Let me know in the comments below.