In Silicon Valley, Sunnyvale is one of the more vacuous towns in the area. It’s mostly filled with bleak, white-washed office buildings, parking lots, and roads leading nowhere. If you work there, as I currently do, you’ll quickly learn how limited the lunch options are, especially if you want to walk to lunch.

Fortunately for me, I’ve found a lunchtime gem in a nondescript mini-mall called Bibimbowl just a half mile’s walk from the office serving fresh, healthy, high-quality Korean food at a reasonable price. 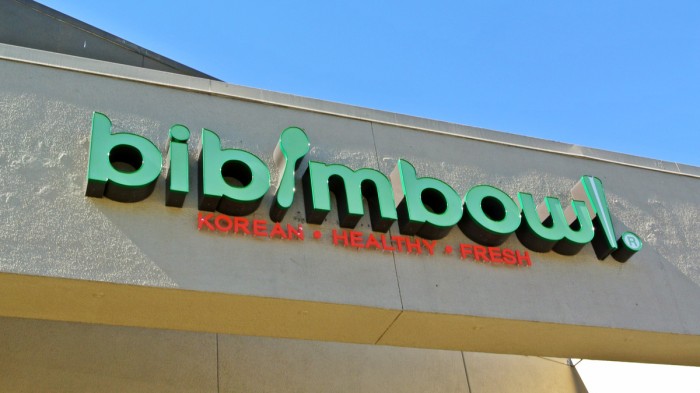 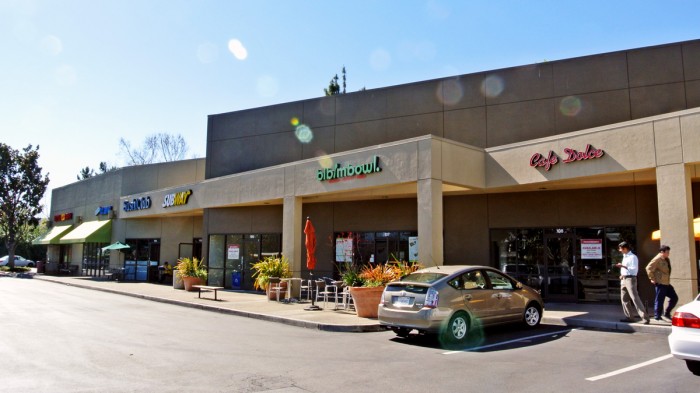 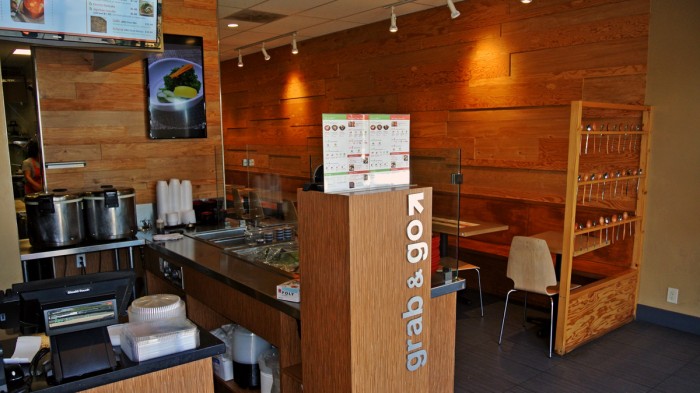 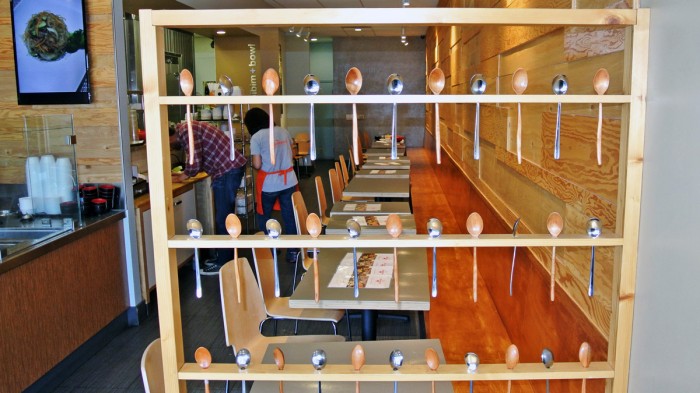 Since this restaurant is called Bibimbowl, I figured I had to try their namesake Bibimbap Bowl. I personally love Korean food and didn’t want to miss the opportunity to try their stone hot pot dolsot bibimbap variety. After making my numerous selections of Spicy Pork, White Rice, Sunnyside Egg, and Gochujang sauce, a couple small banchan dishes also arrived at the table along with a miso soup.

Something I’ve noticed about Asian restaurants in California is that you will rarely be provided a spoon to eat miso soup. It seems really strange to me, but I guess it’s just another Californian quirk I’ve stumbled across. Anyway, the soup was good. It was a standard rendition that I ended up drinking directly from the bowl before moving on to the rest of my food. 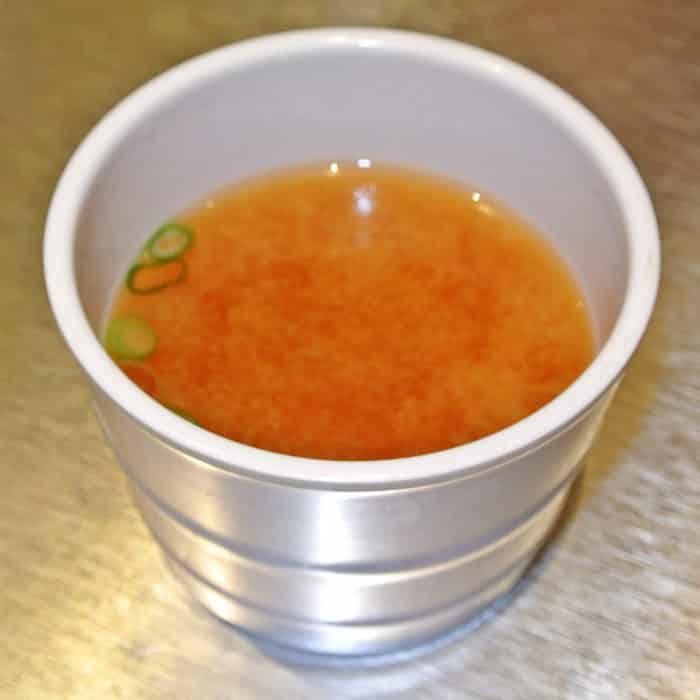 Next up was the Korean small plate, the banchan, which included lightly vinegary pickled cucumbers and a kimchi that was actually quite good. It was tender, crisp, flavorful, and spicy which is exactly how I like my kimchi. 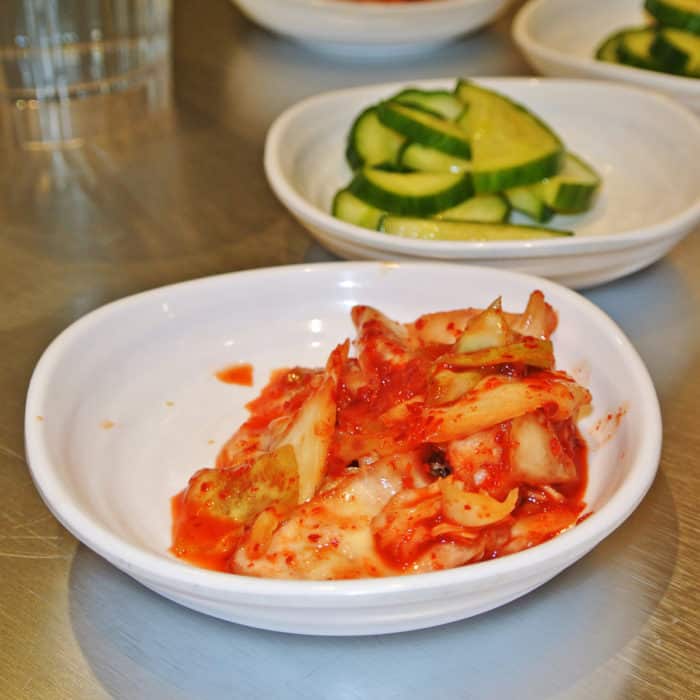 Soon after, the waiter carefully wheeled out an extraordinarily hot stone bowl loaded with rice, shredded carrot, radish, bean sprouts, sliced cucumber, and thinly shredded sliced pork bulgogi. I had to restrain myself so that I allowed the white rice to properly crisp against the side of the hot stone bowl to create a sheet of crispy rice on the edge.

You gotta be patient because in my opinion, this is the best part. Every nationality that has a rice focused cuisine has a special term for this. I know the Dominicans call it “concon,” but I don’t know what the Koreans call it. So, if you know, let me know in the comments because I’m obsessed with those crispy, browned rice bits mixed with all of the other vegetal flavors and spicy sauces. 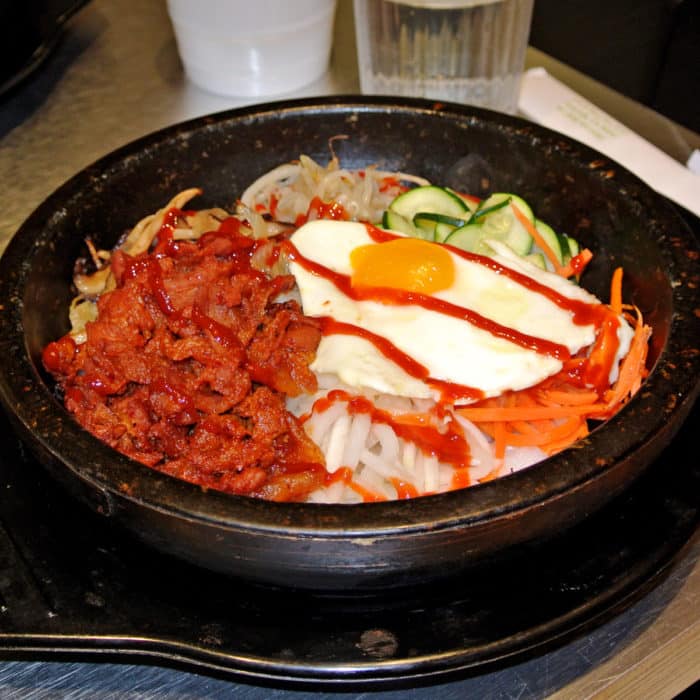 Honestly, this Korean food is as good as I’ve had in New York and it is such a relief to find this excellent, fast, cheap food in the nearly nonexistent Sunnyvale lunching scene.

Got another great lunch spot in Sunnyvale that I should check out? Let me know in the comments below.