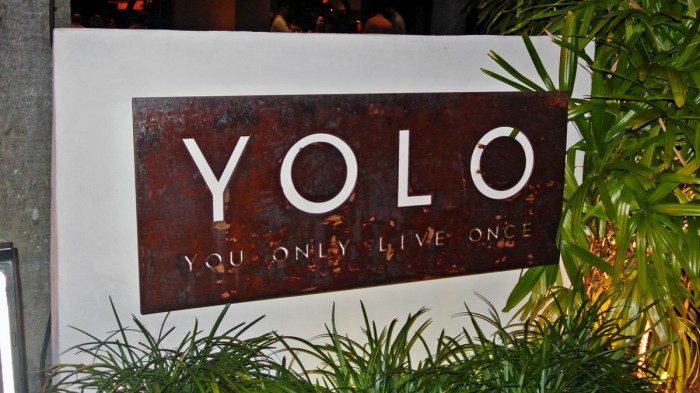 Fort Lauderdale is a funny place. On one hand it’s the place where everyone’s Jewish Grandma goes when the Tristate weather is too cold and on the other hand it’s a beachy, party-your-face-off Spring Break destination with a clubby nightlife scene. And yet somehow it works as both simultaneously.

This visit happened to coincide with most college Spring Breaks, but that wasn’t the reason I was in town. I was actually coming for a relaxing weekend, to lounge on the beach with my girlfriend and family and have a quick visit with Grandma. But, as you already know, no matter where I am, I’m going to seek out great food and this trip was no exception. So on Saturday night we headed to the downtown Las Olas strip to a loungey bar restaurant that was seriously called, wait for it, YOLO.

If you’ve been on the internet any time between 2011, I imagine you’re pretty familiar with the rap culture and preteeen overuse of the acronym Y.O.L.O. If you’ve somehow missed it, the meaning is You Only Live Once, but its usage has taken on the tone of “fuck it”. “I failed Algebra class. YOLO.” “I jumped from a second story window and broke my leg. YOLO.” “I ate 500 thumbtacks. YOLO.” You get it.

Frankly, I’m ready for the phrase YOLO to die and from my conversation with our waiter at YOLO the restaurant, it sounded like they will be changing the restaurant’s name pretty soon. I can’t blame them for the unfortunate name though, they’ve had it for five years, well before the YOLO craze swept the web and the world.

Anyways, we came for dinner and everything was pretty good, but in my opinion your best bet at YOLO is to come for drinks and bar snacks because those were the most special parts of the meal. It was definitely a see and be seen kind of place where girls dress to the nines and drink fancy cocktails and muscley guys strut their stuff looking for these girls’ attention. If that’s your thing, then get yourself a well-made cocktail, a snack from the bar, and try your hand at the YOLO singles scene. 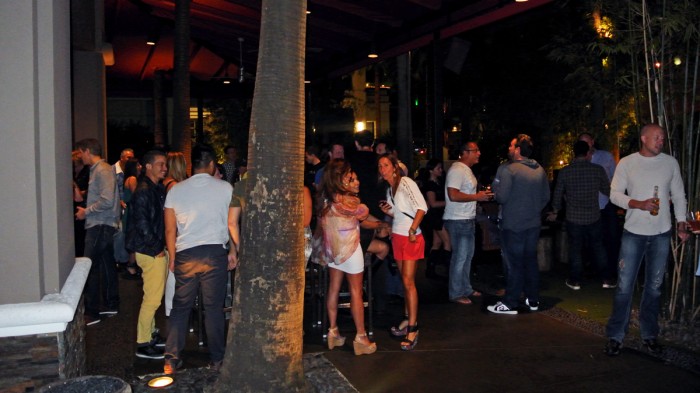 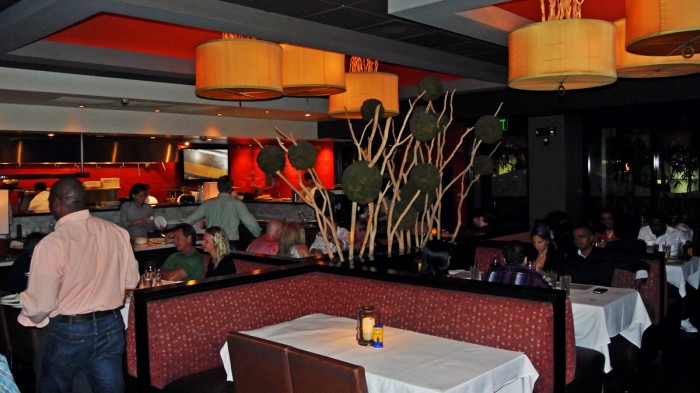 I’d recommend starting with the hilariously named drink, The Devil’s Hammer, that comes with an awesome “three drink maximum” warning. The drink was made with Cazadores Tequila, Cherry Infused Bourbon, Agave Nectar, Mint Leaves, Orange, and Lime and was a big, strong, boozy, sweet and sour way to kick off the evening with a bang. I prefer my drinks slightly less sour and girly looking, but I understand the need for the sourness to balance the level of alcohol in the drink and the pinkish color was probably the result of the cherry infused bourbon. Anyways, it was strong, it was served in a big glass, and it went down easy. 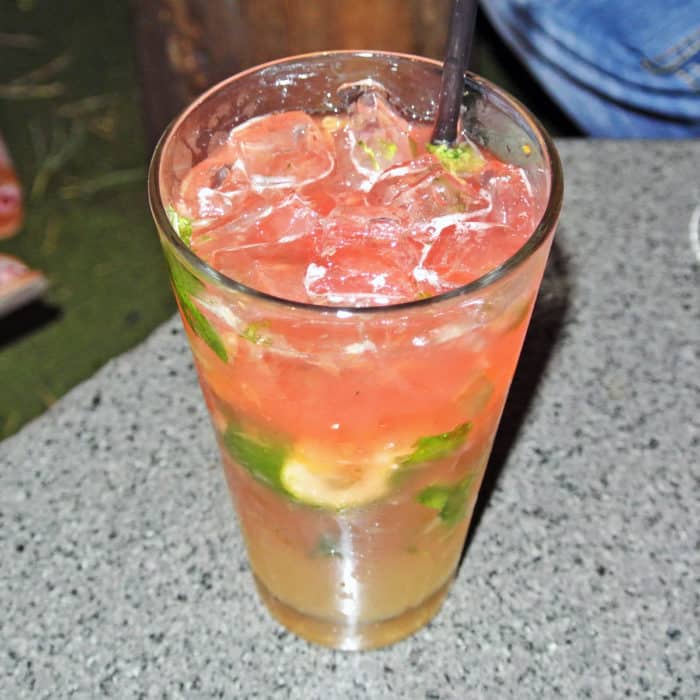 If you want something more classic and less fruity, I’d recommend their dirty gin martini. There were no surprises here, not that I wanted any. It was exactly how I like it with just the right non-overwhelming level of brininess. 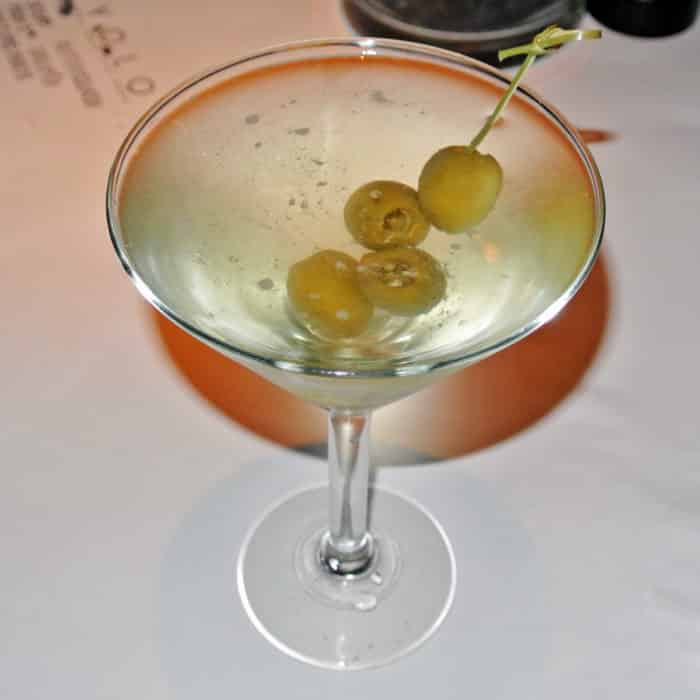 Now onto those bar snacks. I’ll go ahead and say that if you are at YOLO, you absolutely must get an order of their Szechuan Calamari. This is probably the best, most interesting, most flavorful fried calamari I can ever remember having. These crispy little rings of squid were nicely deep fried before taking a toss in the distinctly Asian, sticky, sweet and sour sauce. Every bite was flavorful and and had really great texture. This is exactly the kind of thing I like to pick at while I’m out drinking. 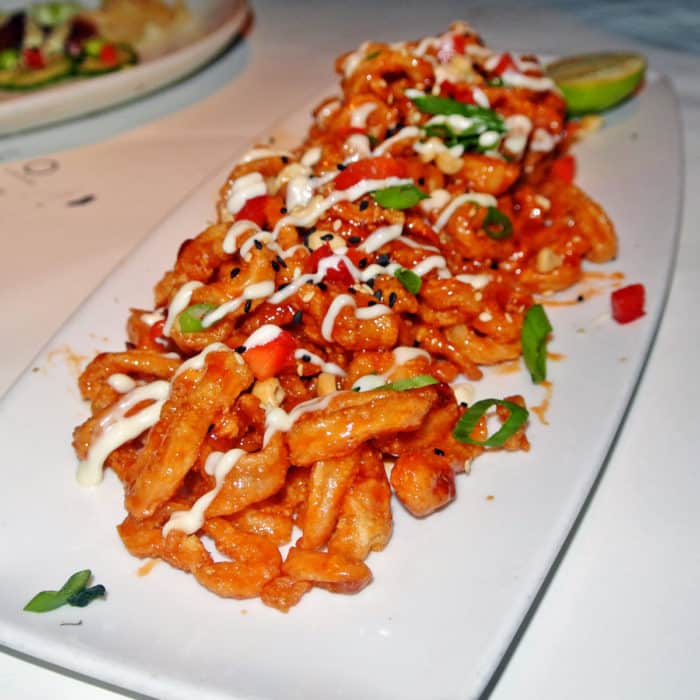 For something lighter, get an order of Tuna Sashimi. Though the portion was not huge, the tuna was very fresh, well prepared, and came served with a drizzle of kickin’ wasabi cream sauce. The nice, clean flavors of the raw fish paired well with the creamy, spicy sauce. 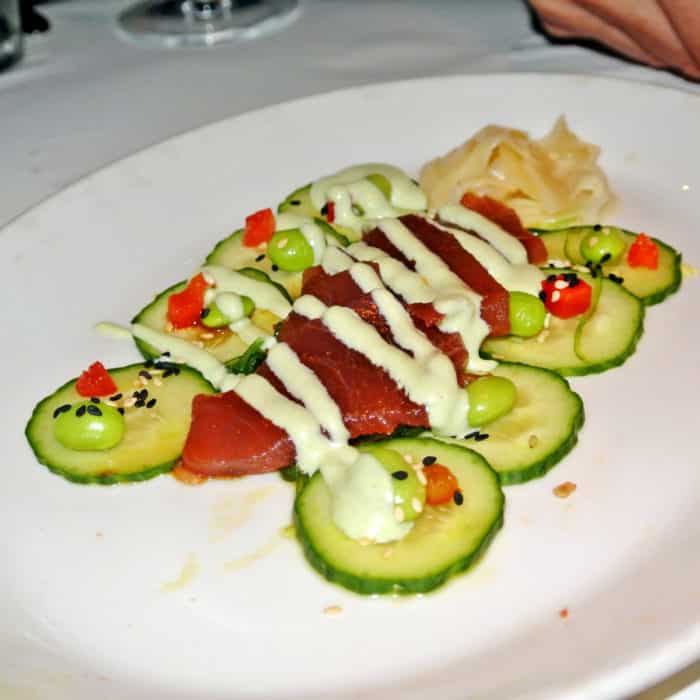 Finally, especially if you’re drinking, get yourself an order of Truffled Yolo Chips. This heaping pile of freshly deep-fried potato chips came with a generous topping of melty Maytag blue cheese, herbs, crumbled bacon, and truffle oil. Honestly, you could put that topping on dirt and I’d eat it. With that being said, I think it’s pretty obvious that I loved this dish. Every crunchy bite was bold, brash, funky, and satisfying which is pretty much exactly what I want while I’m drinking. 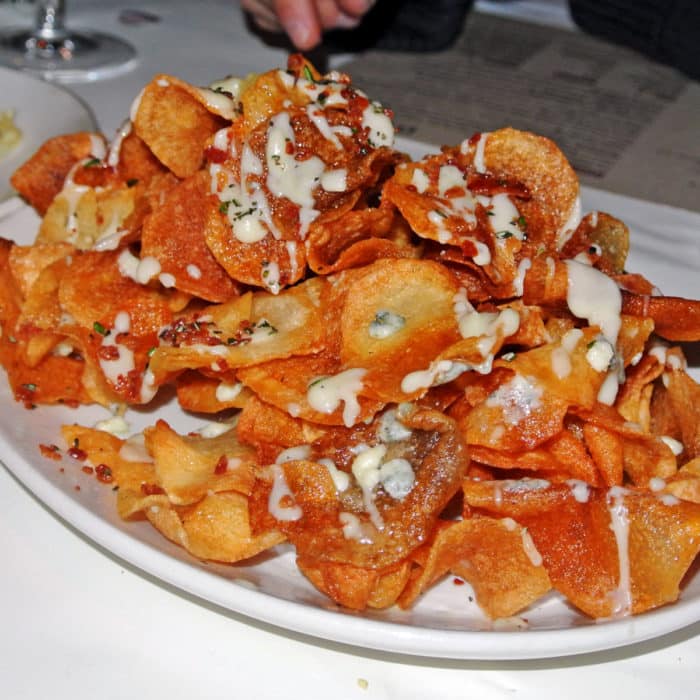 We ended up staying for entrees too, and they were good, but not nearly as exciting as the bar snack appetizers so I’ll leave it like this: If you’re in Fort Lauderdale and are into the scene or don’t mind being around the scene come to YOLO for good, strong cocktails and really exciting, bold bar snacks. Just make sure you don’t miss out on the Szechuan Calamari or Truffled Yolo Chips.

Know about another place with really great bar snacks? Let me know in the comments below.

Wing Wings: Hands Down the Best Chicken Wings in SF