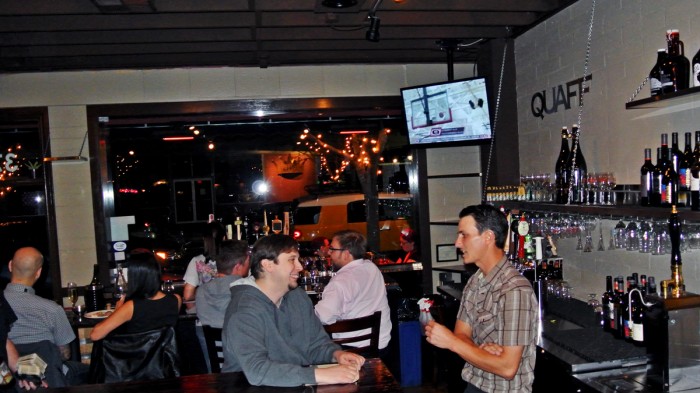 If you’re going to Liquid Bread, obviously the move is to start with a beer, any beer that matches your taste. They’re all great. Many of the beers on tap are the high proof variety, so beware, they’ll get you buzzing pretty hard and fast. I started with the 10.1% Stone Matt’s Burning Rosids, a smokey, funky, bold ale that paired really well with the coming hearty pub fare.

For a starter, I selected the Chicken Liver Pate side, which at only $5 was quite a deal. The platter came with an enormous dollop of silky smooth, creamy chicken liver sprinkled with black lava salt along with whole grain mustard, aioli, sliced onions, cornichon pickles, fresno peppers, and crusty toast points. This dish was exactly what I was hoping for. Rich, creamy, crunchy, spicy, and flavorful. 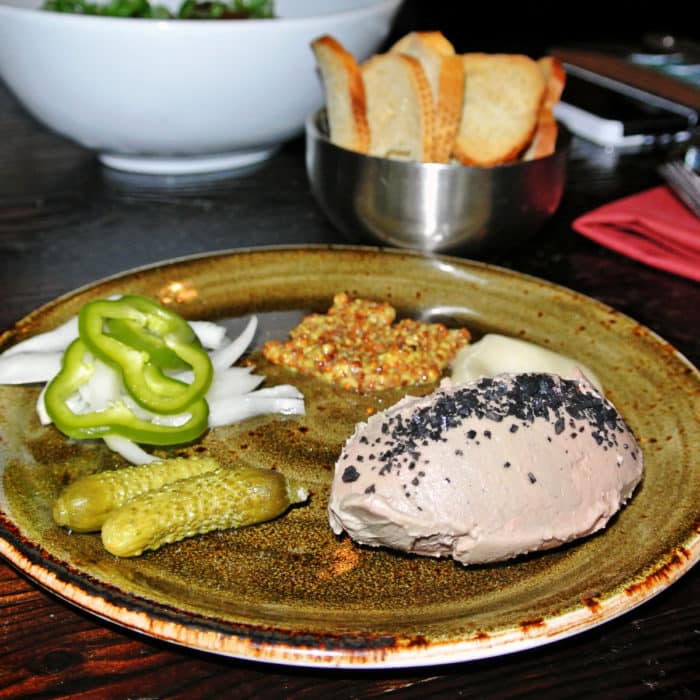 For my entree, I had the Braised Short Rib. The portion was very generous and the meat was extraordinarily tender. No knife necessary, all I needed was the edge of my fork to shred and pull this beef apart. It was topped with some brilliant creation called marrow butter. Yes, marrow butter. Everything on the plate was delicious and I happily polished off the entire plate while downing a Speakeasy Butchertown Black Ale. 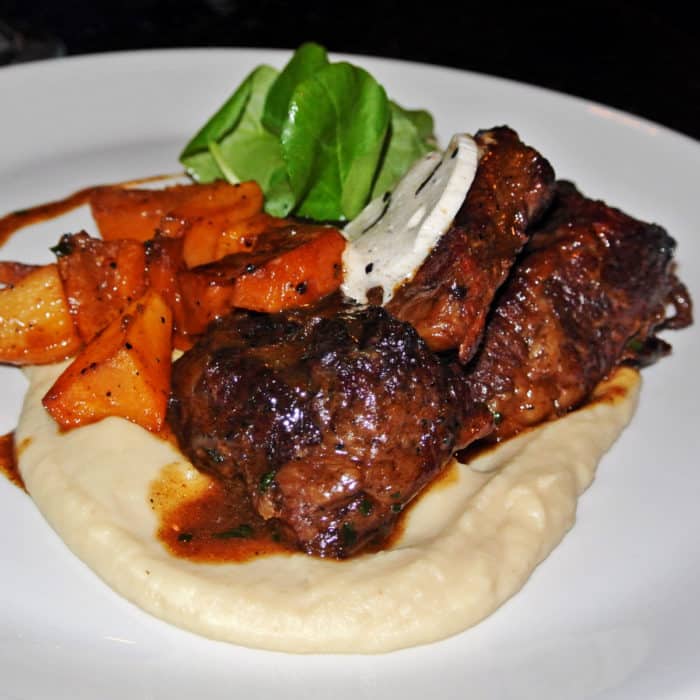 So, if you’re in Campbell, California or one of the nearby Silicon Valley towns and you like great beer and comforting pub fare, look no further. Everything I ate was awesome and everything else looked equally as great so give it a shot, I’m sure you’ll find something to love.

Know of another spot in the Silicon Valley area with awesome food I should check out? Let me know in the comments below.