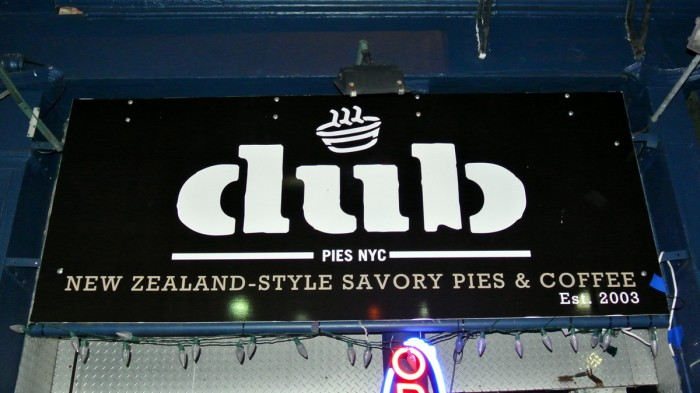 A year and a half ago, I spent a week in Sydney while my younger sister was studying abroad. Each night would involve some heavy drinking before we’d stumble our way into a local meat pie shop to help our bodies process all of the alcohol we had consumed.

This is where I first developed my love for savory Aussie meat pies. Recently, the meat pie has been taking Manhattan by storm with many pie shops popping up all over the city. Fortunately for me, this included the recent opening of Dub Pies, a New Zealand-style meat pie shop in Greenwich Village near my apartment.

Dub Pies has become a regular stop-in for me, mostly due to its proximity, speed, price, and of course delicious food selection. It’s a very tiny shop with not much more than a case full of savory meat pies, mini pies, and rolls up front a coffee setup behind. There are no tables in the shop, but there are a couple of barstools if you decide to eat in. I get the feeling that most of the business here is takeout since meat pies are very portable due to their handheld nature. 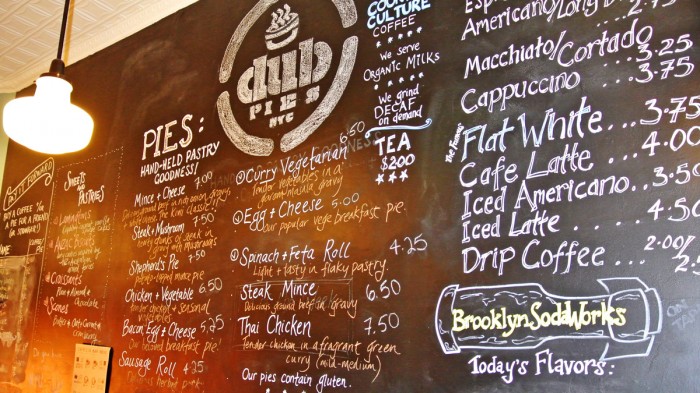 When it comes to meat pies, filling range offered is generally pretty limited. The flavor profile is usually pretty similar to British pub food, meats in dark gravies, the kinds of flavors that go well with a squirt of ketchup or steak sauce. But, while I enjoy a good Mince Pie or Steak & Guinness Pie, I always find myself drawn to the Thai Curry Pie options.

Why order a Thai flavored pie at an Aussie or New Zealand style eatery? Well, if you think about it, Thailand is actually quite close to Australia and New Zealand so authentic Thai cuisine is really quite easy to find in Australia and has transitioned its way into the standard meat pie filling lineup at most shops. Sure enough, the meat pie shops here in New York also offer pies with Thai flavors.

I’ll admit, the Thai curry at Dub Pies was not particularly spicy, but you can definitely still taste the curry flavor in the filling. I guess I wish it was bit spicier since I don’t like when ethnic food is watered down for the American palette, but the pie was still really tasty. The curry inside was thick and creamy and contained plenty of tender hunks of root vegetables beneath the flaky, buttery pie crust but let’s kick it up a notch, Dub! 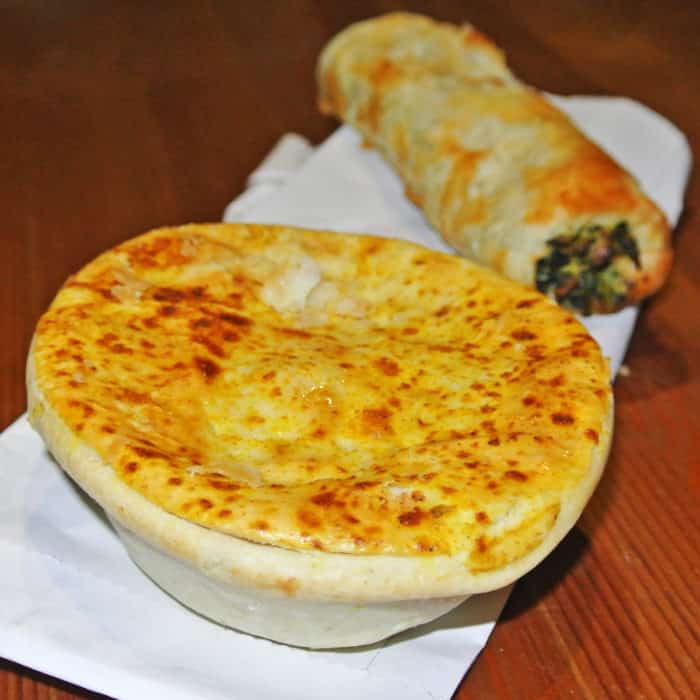 I had also intended to order a Sausage Roll with this meal, but they didn’t have any available on this visit. Instead I chose the Spinach & Feta Roll which comes in the same form as the sausage roll but with different fillings. It’s sort of New Zealand riff on spanakopita actually. The exterior of the roll was very flaky and buttery like the Thai Curry pie crust and it paired really well with the salty, melty feta cheese and shredded greens inside. This is definitely a dish I will return for. 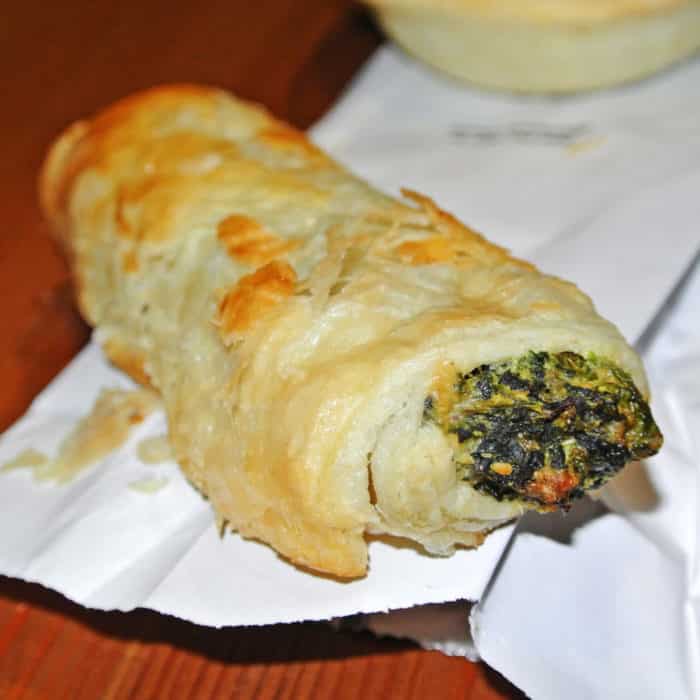 Though the meat pies at Dub Pies are about a buck more expensive than some of their competitors around the city, I still enjoy them every time I visit. So, next time you’re getting drinks in Greenwich Village and need something to fill your alcohol soaked belly, do as the Aussies (and New Zealanders) do and get yourself a meat pie at Dub Pies.

Know another handheld dish in NYC I need to try? Let me know in the comments below.

O-Toro: Another Solid Spot for Fresh Sushi in Hayes Valley