I’ve been watching a lot of Cutthroat Kitchen on The Food Network recently. If you’re unfamiliar this show, it’s a head-to-head cooking challenge where chefs sabotage each other during the competition with a variety of interesting restrictions. I keep seeing ads on TV calling out one of the supposedly more difficult challenges with a soundbite of a chef saying ‘How am I supposed to make a sandwich without bread?!’ The answer always seems so obvious to me. That chef has obviously never had a patacon before.

What is a patacon, you ask? It is a Venezuelan sandwich that stuffs Latin American meats and cheeses between two large deep-fried discs of pressed green plantains. See, no bread, still a sandwich! If I recall, my first taste of a patacon sandwich came from the Hester Street Fair from the Patacon Pisao vendor a few years back. I fell in love instantly with this brilliant creation.

On this cold wintry night, Amy and I were headed uptown to Washington Heights for a show at the Palace Theatre. We knew we needed to grab a quick bite before the show and I knew that there was a nearby shop serving patacones called Cachapas Y Mas. Cachapas Y Mas is a mini-chain with a couple of locations in the upper reaches of Manhattan, but this location is definitely the tiniest of the bunch. 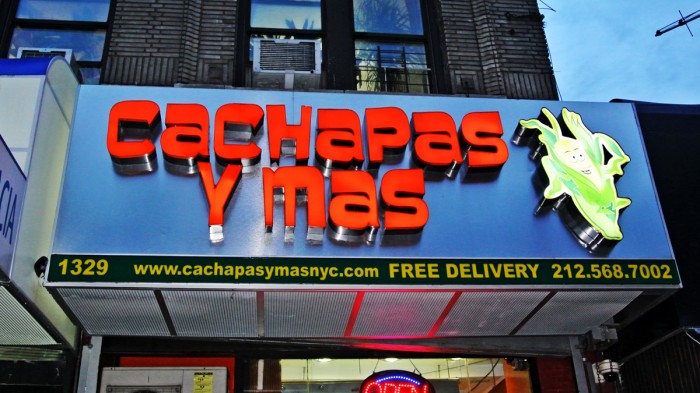 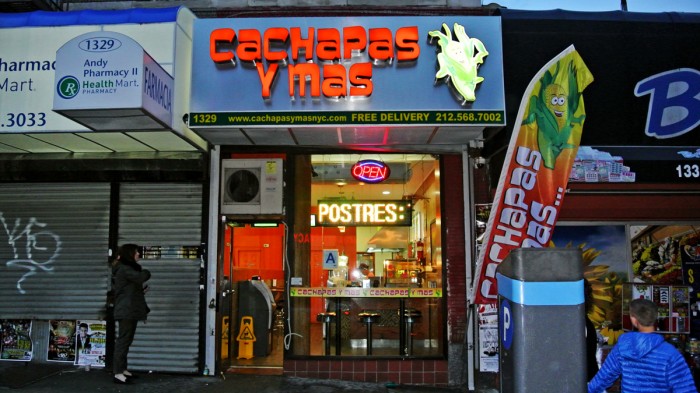 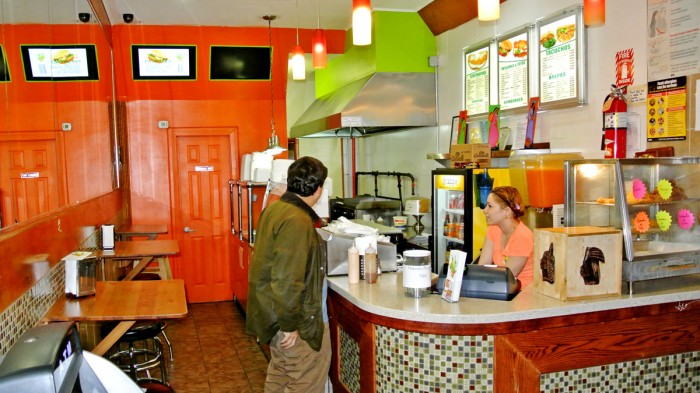 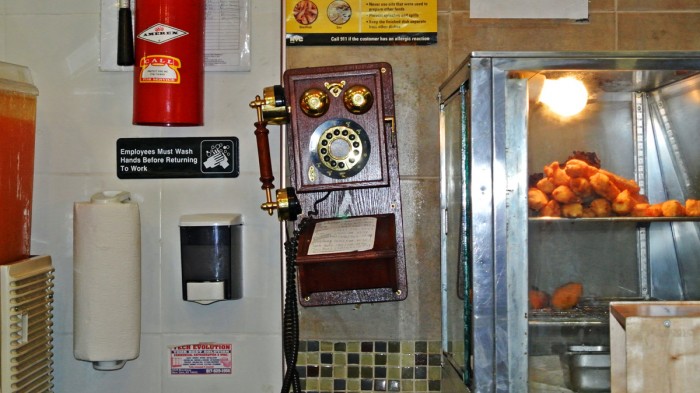 They serve a number of Latin specialties at the shop, but I was there for one thing, my love — the patacon. I decided to go really big and load mine up with both pernil and a type of fried cheese known as Guyanese queso.

The pernil was the usual Latin preparation of tender, meaty, roasted and shredded pork and the Guyanese queso came in thick, rectangular blocks that were very resistant to melting even after deep frying. The two paired together between the surrounding dense, hearty plantain bread to make one hell of a dudely sandwich. 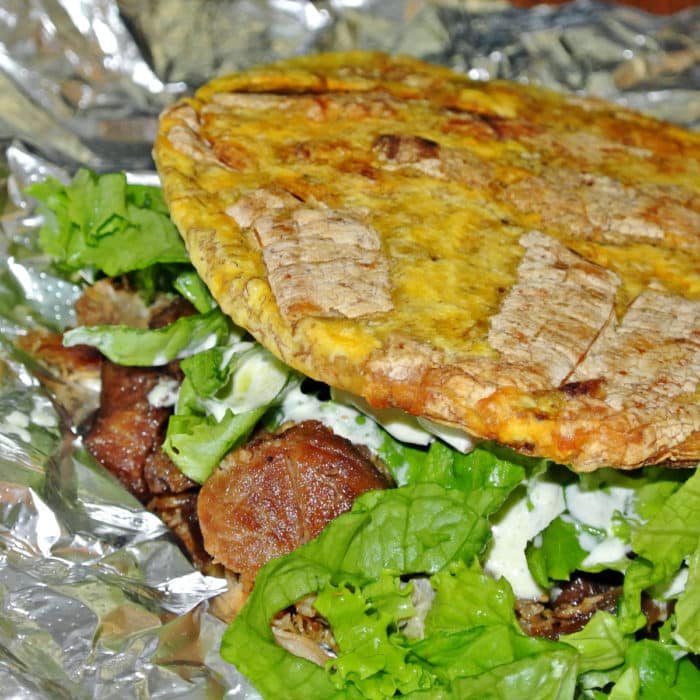 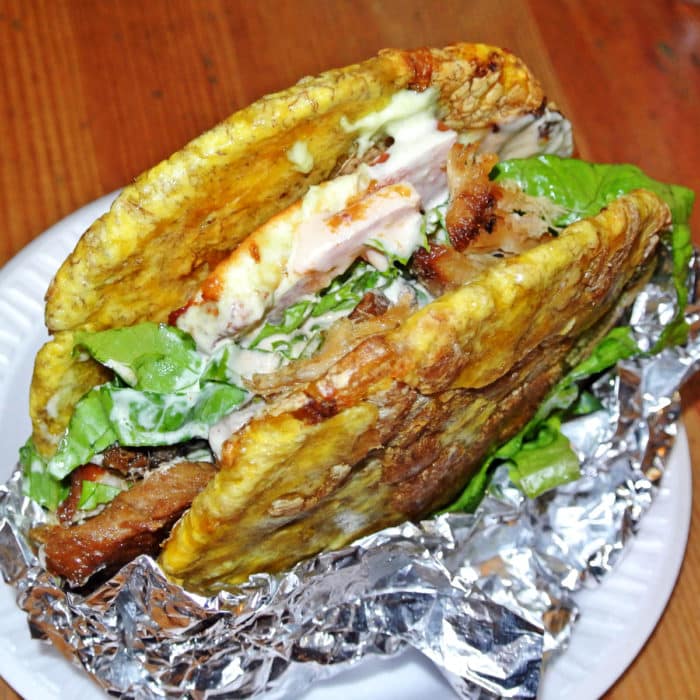 But, if you’re gonna have a patacon, make sure you get the bottles of sauce at your table before you dive in. I always go heavy on the creamy pink one. It’s kind of like Russian dressing and tastes really great with the hearty patacon bread and ties it all together. 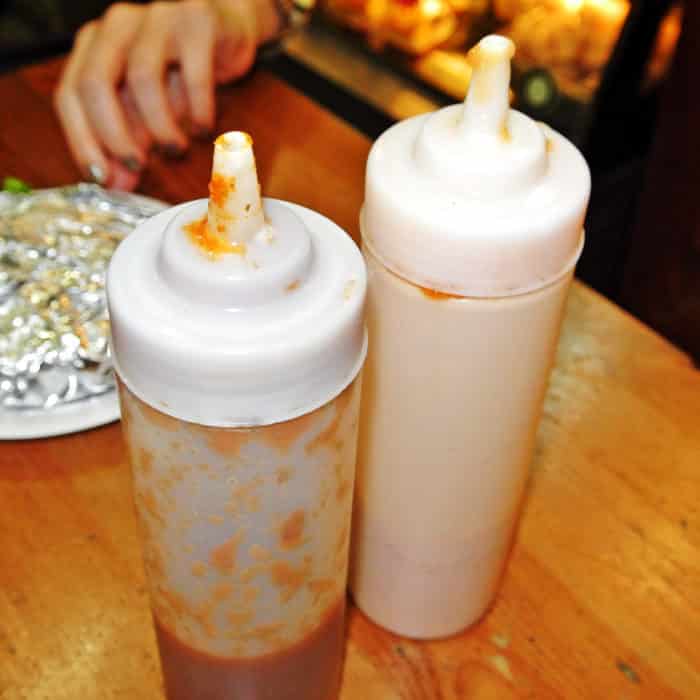 So if you love Latin American meats and big, cheap, flavorful sandwiches, or just want to try something new, check out the patacones at Cachapas Y Mas. At only $5 or $6 a pop, it’s easy to fall in love with this sandwiches. You won’t be disappointed.

Know of another hard to find Latin American specialties in New York that I should try? Let me know in the comment below.