After Marfa, our next stop is supposed to send us southward to Terlingua and into Big Bend State Park for a river tour down the Rio Grande. I woke up that morning in our Marfa airstream trailer to the never ending clatter of rain striking our tin roof. I immediately picked up my phone and called up the folks at Big Bend River Tours to find out if our river tour would be canceled due to unsafe weather, but was quickly assured that it was completely clear down in Terlingua. Somehow, considering the fact that we’d had nothing but rain for five straight days, I found that hard to believe, but I held out hope.

Nonetheless, we had some breakfast in Marfa and dashed out to see the famous Prada Marfa installation before heading south into the desolate void between Marfa and Terlingua. Seriously, I thought Prada Marfa was remote. I even claimed in a previous post that Prada Marfa was the most remote place I had ever been. Well, that may have been true, but no longer. Even Prada Marfa had cellphone service, but not out there on the road to Terlingua. At the exact halfway point on the drive south, the weather miraculously cleared so we pulled over to savor the clear skies and incredible solitude. No voices, no hum of passing cars, no chirping birds, not even a whoosh of wind. Nothing. This was absolutely the most remote place I’d ever been.

The quietest place in the world. Click for fullsize panorama.

Eventually, after miles and miles of isolation and, gasp, no cellphone service, we eventually arrived in Terlingua. Terlingua is a ghost town located about 45 minutes north of the Mexican border with nothing but an enormous national park in between. Back in the early 1900s, Terlingua was a thriving mining town that worked mostly to extract a mineral called cinnabar. Cinnabar was mined and heated to produce liquid mercury which as we now know is quite toxic for humans to handle, which is why cinnabar mining halted and why Terlingua turned into a ghost town. These days, it’s quite a small town with a single road with a few gift shops and saloons and not really much else. 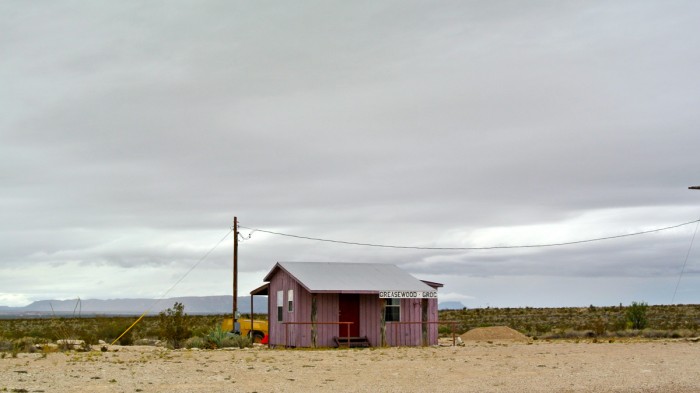 After quickly glancing at the old ghost town, we made our way over our actual destination in Terlingua, the Big Bend River Tours office. We were quickly greeted by our river tour guide and introduced to the other couple that would be joining us on the raft trip. They were an elderly couple from Texas that seemed to be pretty spry for their age. They were very friendly, though I think their questions about spotting Mexican illegals crossing the Rio Grande were a little racist. 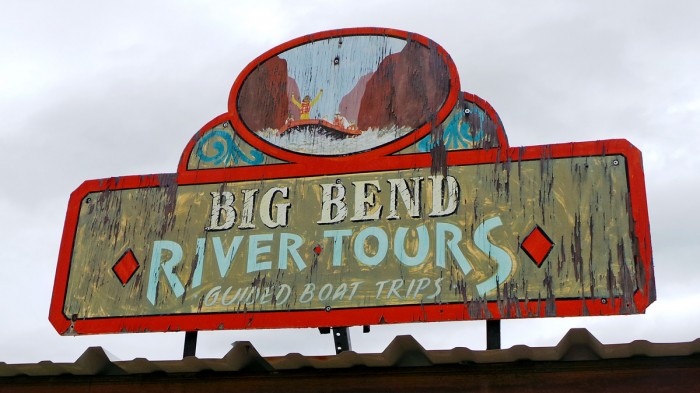 The five of us loaded into the van and were driven about 45 minutes through winding mountain roads towards the Rio Grande on the US/Mexican border. Upon arrival, our guide got us suited up with life vests and slid the raft down into the river. I know you’re wondering how intense this the Rio Grande is. Well, not very. We drifted through the most intense part right at the start and even that was barely rough enough to froth up the water. It’s really more of a gentle float than an intense river rafting ride, but it’s extremely beautiful and very relaxing. This experience was also particularly amazing for us because it was the first clear weather we’d had all trip and it couldn’t have come at a more opportune time. 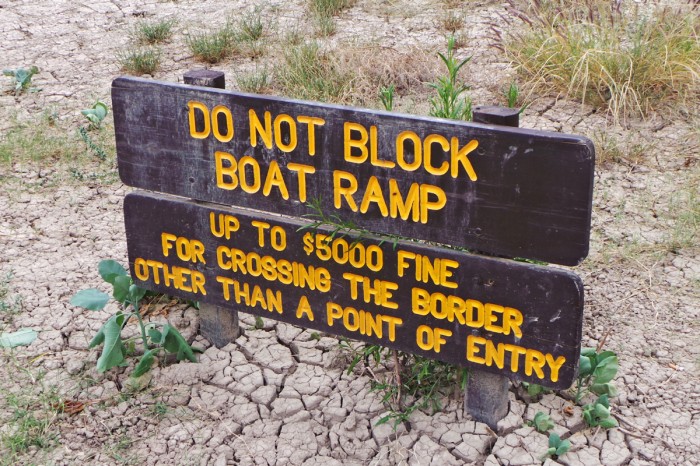 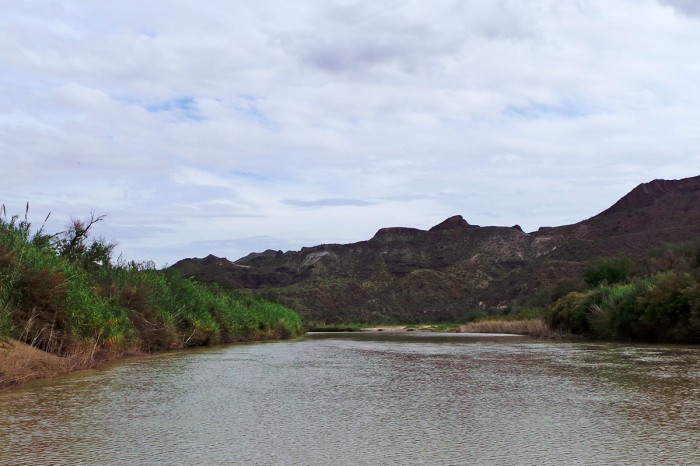 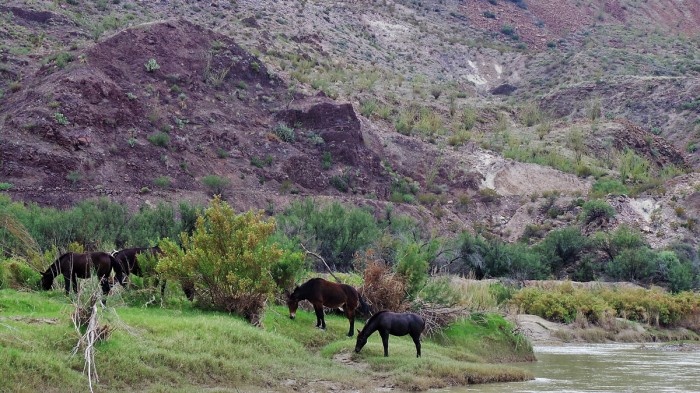 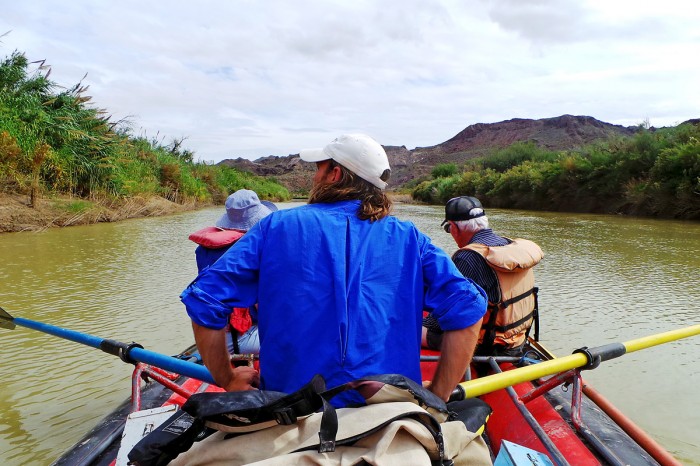 I should mention that Big Bend has two distinct sections, the national park and the state park. Our visit fell right in the middle of the government shut-down which forced all nationally run parks to close down with the rest of the government. The Big Bend National Park section was completely shut down for tourism during our visit, but we fortunately had only planned to visit Big Bend State Park.

The other funny thing we learned about floating down the Rio Grande is that technically, at times, we had actually crossed the border into Mexico and back. We were in Chihuahua, Mexico to be specific. Our guide explained that the border patrol has a deal set up with the river tour operators allowing the trips float through both the American and Mexican territories without any hassle.

After finishing up our relaxing float we reverse our drive through the cellular void back up toward Marfa, but instead make a turn to the east and head this time to Marathon. Sure enough, upon driving back north we ended up right back in the gross rainy mess that had been plaguing our entire road trip. It figures. Anyway, after the two hour drive, we arrived at our destination in Marathon, the Gage Hotel. It’s quite a large and impressive building, especially for a town that is literally only six buildings on a single street. It still amazes me that towns like this actually exist. 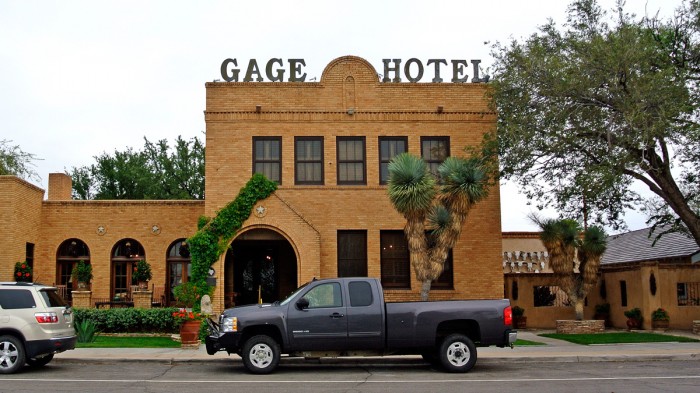 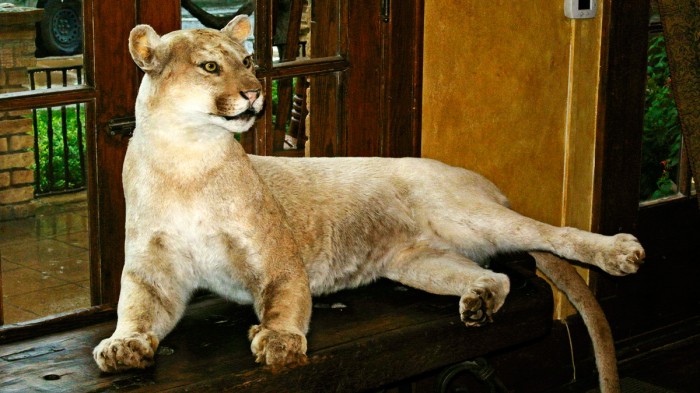 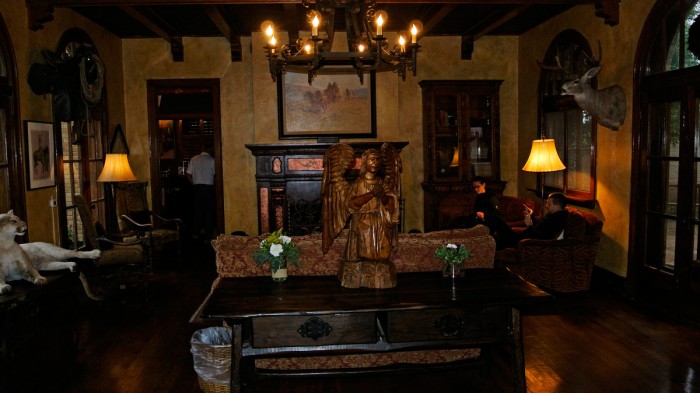 We get situated in our room and get ourselves cleaned up from the day out on the river. Seriously, this is quite a nice hotel for the middle of nowhere. 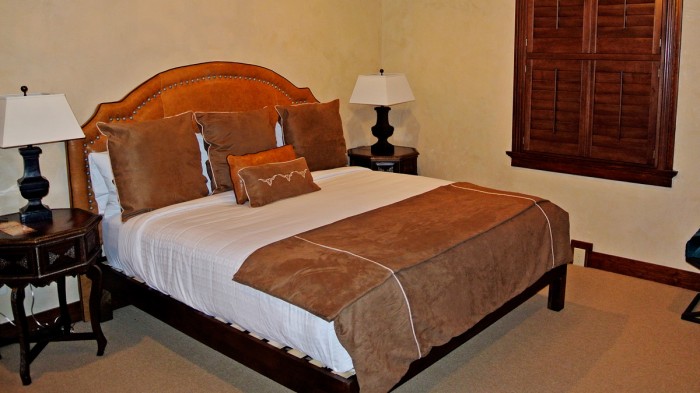 Downstairs, there was a well regarded, upscale, sit-down restaurant called 12 Gage, but after the previous night’s luxurious meal at Cochineal, we decided to grab a seat at the hotel’s much more casual White Buffalo Bar for a more relaxed experience. The bar menu has a number of items including a famed bison burger that drew us here in the base case as well as access to the entire 12 Gage menu. 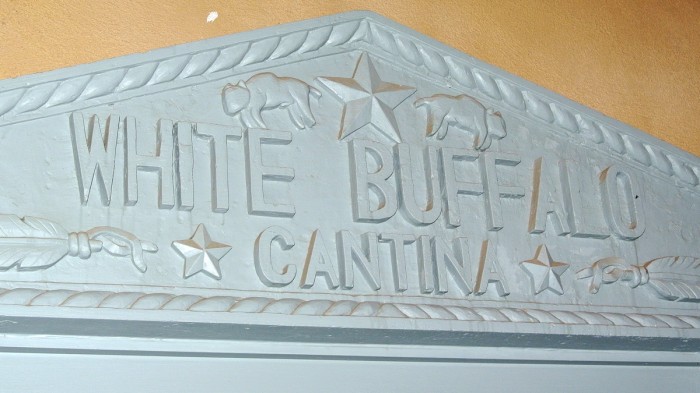 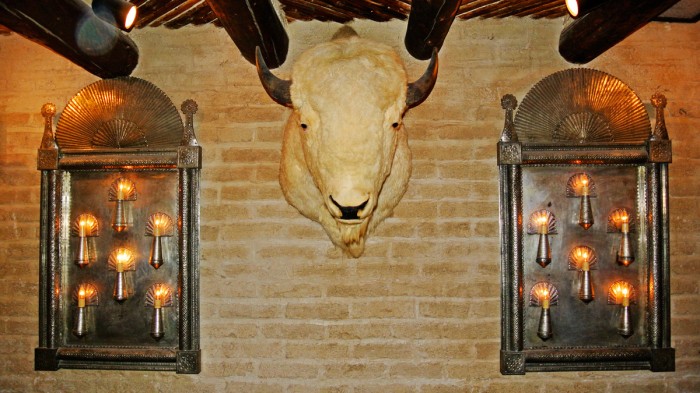 We got ourselves positioned at the bar and started off with some cocktails to help unwind from another long day on the road. I started with a drink called a Texas Martini that was filled with jalapeño infused vodka, olive brine, vermouth, and a jalapeño ring garnish. It was a very bold cocktail with strong spicy and sour notes that I don’t think everyone would like, but I definitely enjoyed. 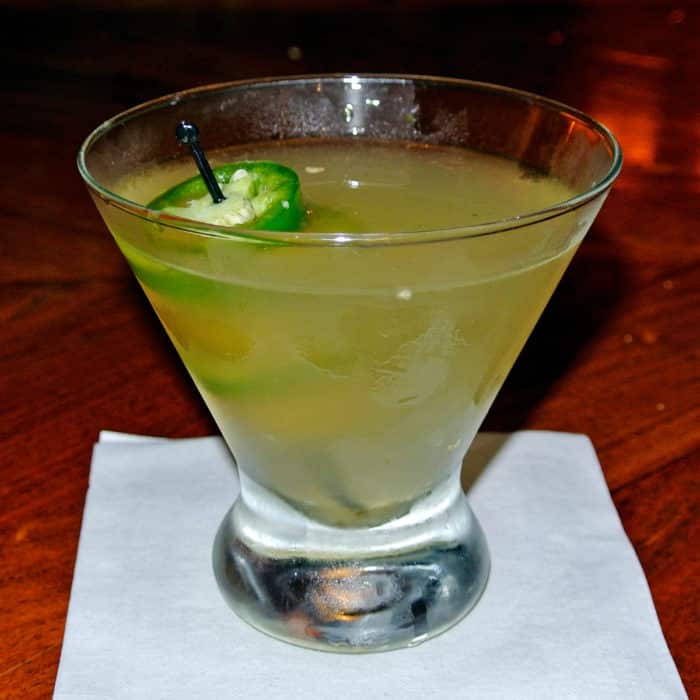 As it turns out, we weren’t the only ones hanging out at this tiny bar. We were accompanied by a particularly sloppy, slurring, townie barfly drunk. He was a mess, but ultimately provided us plenty of entertainment. He wanted to show off his Texan machismo and impress us with his hot pepper eating abilities. We obliged him by supplying him the jalapeño ring from my cocktail which as you can see below did not go smoothly for him as he had thought it would. 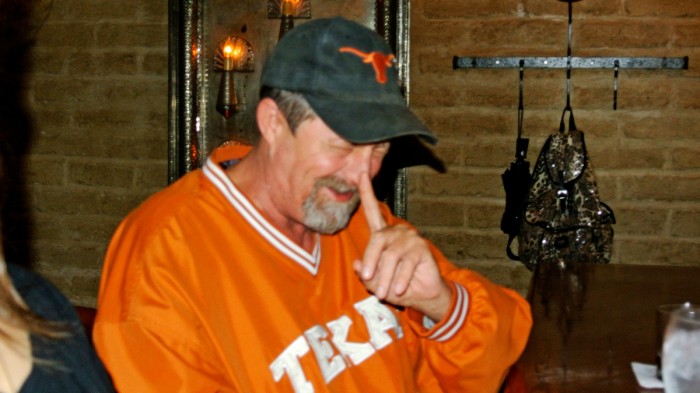 While enjoying the particularly colorful company, we placed our dinner order at the bar. On the 12 Gage menu, we found a Duck Confit and Fall Fruit Salad that sounded particularly nice as a healthy option to start us off. It was quite tasty, especially the large hunk of black pepper encrusted goat cheese. The shreds of duck confit made the salad feel more substantial, though I would have enjoyed a larger portion of duck meat. 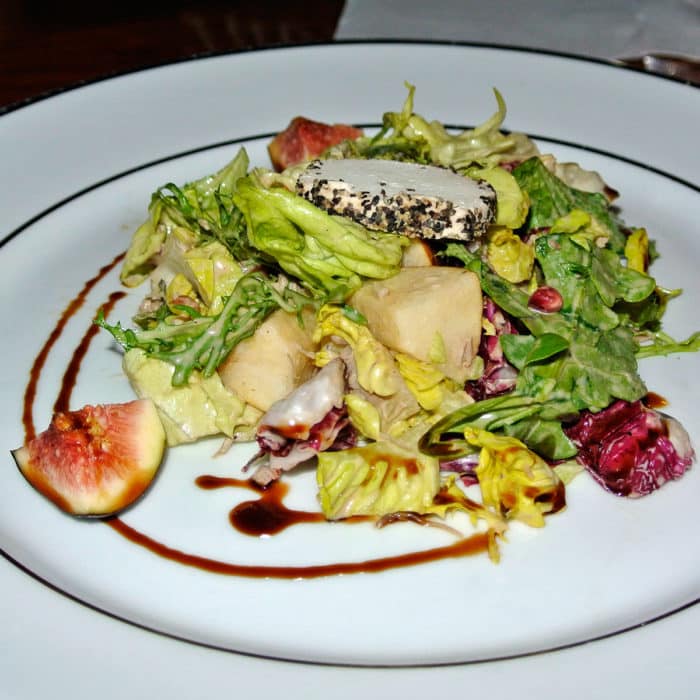 Soon after we finished off the light, healthy, refreshing salad, the real reason we came to the bar for dinner arrived. The White Buffalo Bison Burger was positioned in front of us in all of its majestic glory dripping with oozy, melty cheese, topped with grilled red onions, bacon, and served along with some excellent, crispy fries. The meat was pretty lean, as bison meat tends to be, but was still quite flavorful and definitely hit the spot after a long day out in the elements. 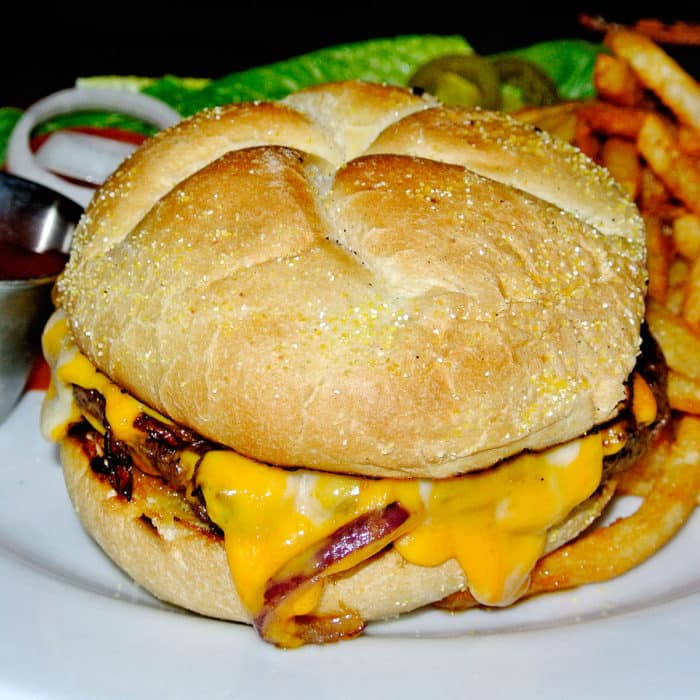 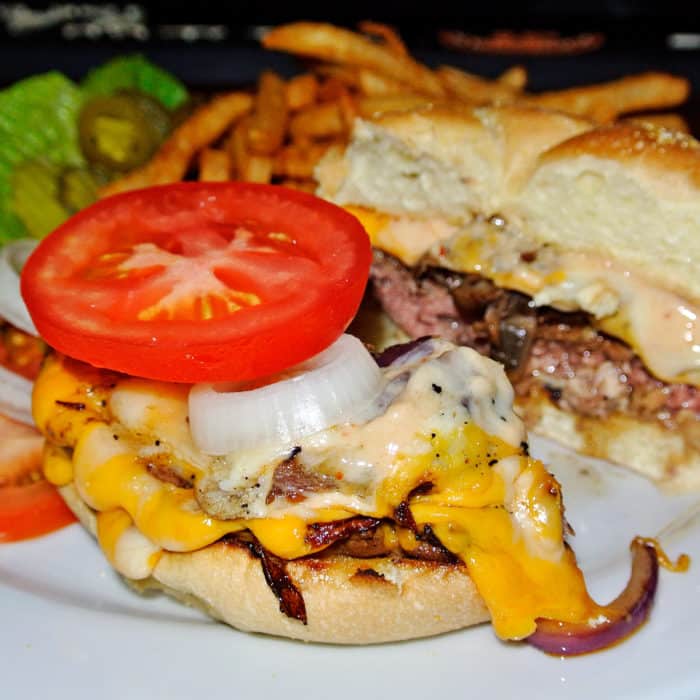 After putting back a few drinks and polishing off that bison burger we stumbled down the hall back to our room. Buzzing, full, and exhausted we crashed into bed.

The next morning we sprung up out of bed and excitedly began the next leg of our road trip. That’s a lie. We rubbed our groggy eyes and repacked our suitcases once again before checking out of the hotel and searching for something to fill our bellies in preparation for the long road ahead. A quick Yelp search revealed that there was literally only one place open for breakfast so we headed down the block to Johnny B’s. 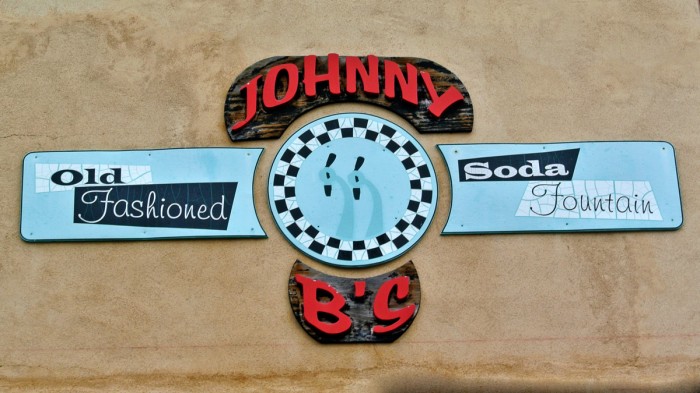 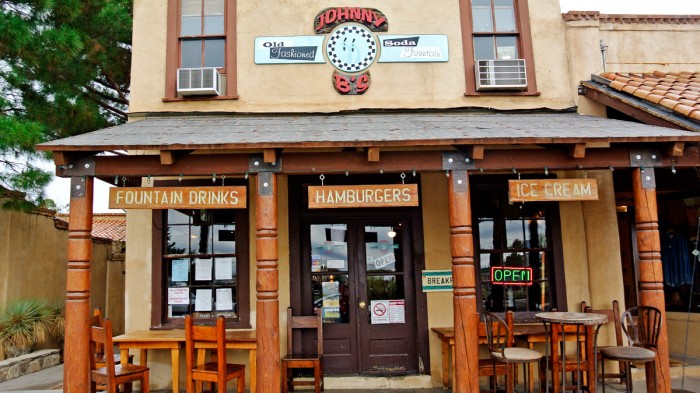 As it turned out, Johnny B’s was styled like an old school 1950’s soda counter with burger fries and malts, but still served a distinctly Mexican menu at breakfast. 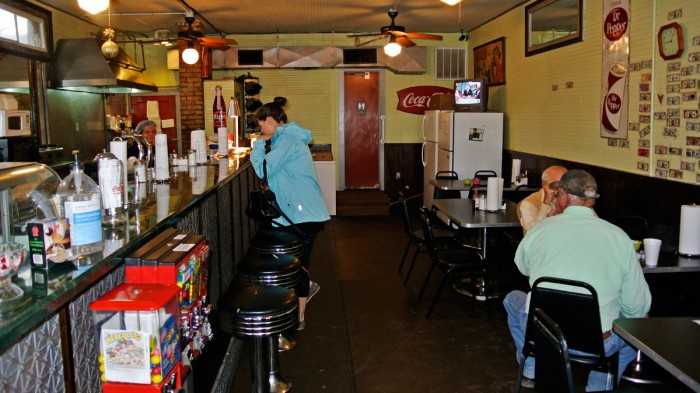 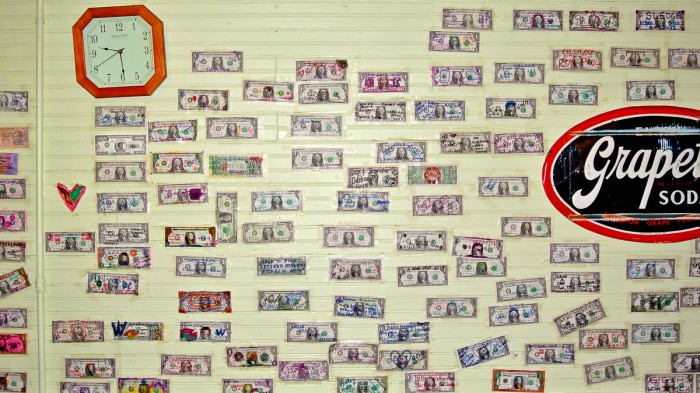 I of course opted for the heartiest item on the menu to help my body make the long drive back across the massive state later in the day. Did I say heartiest? What I meant was unhealthiest. But, with a name like the “Trash Can Burrito,” how could I not? If you couldn’t already tell from the photo below, this thing was massive! They probably should have called this the Dump Truck Burrito instead! It was loaded with everything imaginable including eggs, cheese, bacon, breakfast sausage, peppers, onion, and some truly incredible crumbled chorizo. A touch of Mexican hot sauce and the bargain-priced masterpiece was complete. What an excellent way to start the day! 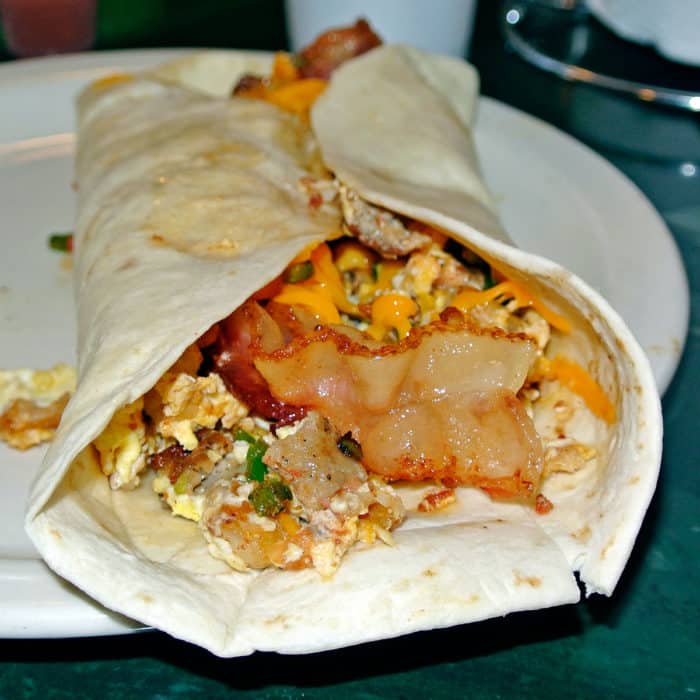 From here, we hit the road and headed back east across the entire state for a night in San Antonio. Come back soon to read all about the next portion of our trip.