*Editor’s Note: I’m sad to report that this restaurant is no longer open.

Special occasions – not just regular date nights, but occasions like a girlfriend’s birthday or an anniversary. Where would you go on these kinds of nights? For me, I think and talk about food and restaurants all the time, so my criteria might be a little different than most. I don’t want to pick a trendy, super-popular place. I was to pick something unexpected, something a little off the beaten path, but it still obviously must have excellent food, with great ambiance, and ideally be reasonably priced.

I’m not sure how I first heard about Exchange Alley. All I know is that it had been been sitting on my date night todo list for a long time and I had never gotten the chance to check it out for myself until this visit. I rarely saw anyone talking about the place on the web. Even I didn’t know much about it before visiting. I just had a good feeling about it. For my girlfriend Amy’s birthday, this is the spot I chose.

The restaurant had a very interesting feel. It was sexy and candlelit while also retaining very upbeat energy and edgy vibe. The music was fast-paced, exciting, and jazzy and the waitstaff was energized and seemed very happy to be there. The walls were covered in old, classic photos of New Orleans jazz musicians, as well as funky modern paintings and musical ephemera. The restaurant was mostly full, but not crazy packed, especially for a Friday night in Manhattan. We noticed that the restaurant was filled almost entirely with large groups of young, good looking girls. I was literally one of four guys in the entire place. Quite strange. 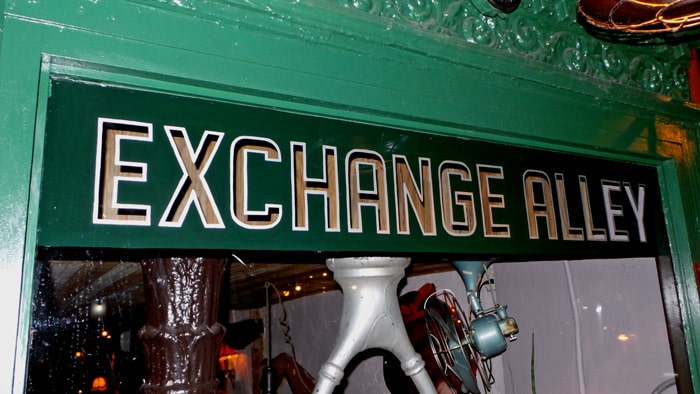 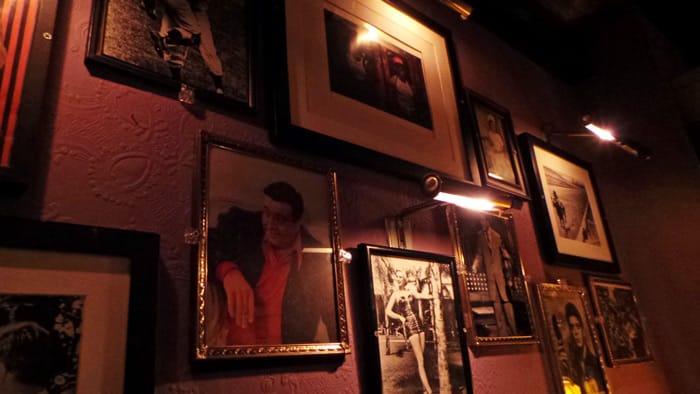 One of the key features of this restaurant was their large backyard garden where the grow fresh herbs and vegetables for the restaurant’s menu. They were kind enough to let me wander back there to check it out and were in fact quite proud and excited about it. 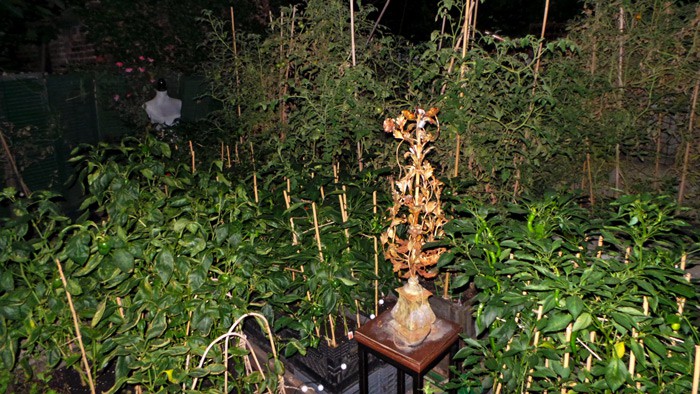 The restaurant did not have a full liquor license, so their cocktail section was made entirely with wine, beer, and sake. This didn’t really appeal to us, especially at $13 for a cocktail that wouldn’t even give us a buzz. So, we looked over the menu chose a reasonably priced bottle of red wine amongst the substantially marked up wine list and placed our order.

We started with a special of the night, Shishito Peppers. Our waiter told us that we were lucky enough to snag the last one available that night. The peppers were grown in the back garden and for those unfamiliar with shishitos, they have a unique property where most are mild, but every now and then you’ll get a kicker.

I ended up eating the spicy one on this plate and it was quite good. So were the mild ones. The peppers were charred well and retained some firmness, giving them a satisfying bite. They were flavored with a variety of toppings including fried garlic chips, sea salt, something else that I think is seaweed, and an Asian vinegar. Additionally, it came with a bowl of dipping sauce, a bright, citrusy, creamy aioli that paired absolutely perfectly. 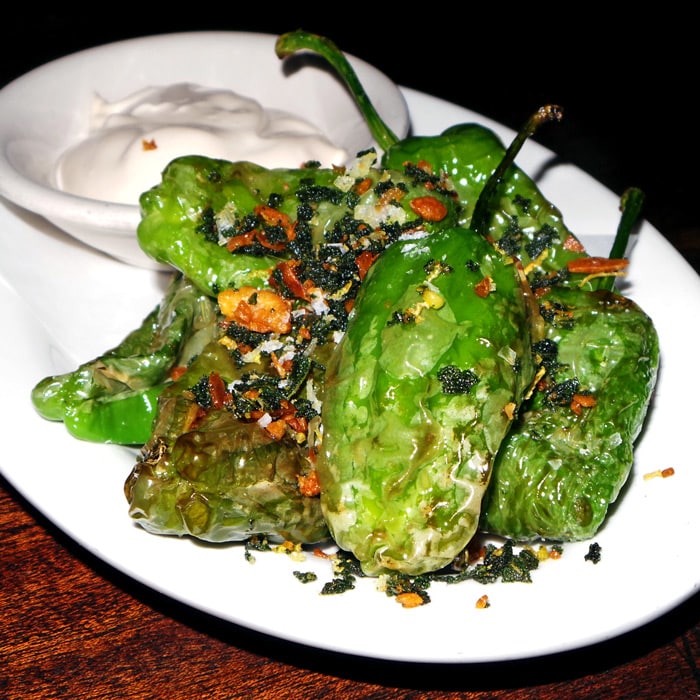 Of all of the dishes on the menu, the Jambalaya Balls came most strongly recommended. And yes, they were pretty delicious. Three crispy, golden orbs came to an order along with what they called dirty gravy. A slather of this dense, beefy, rich sauce worked as a great topping with every crunchy, spiced, creamy bite of jambalaya rice.

In an attempt to add some healthy items to our meal, we ordered their Charred Kale. I’m still not sure what the kale was marinating in, but it was very bold and spicy and worked quite well with the strongly vegetal greens. The melty, sweet, whole garlic cloves were a big plus in this dish too. 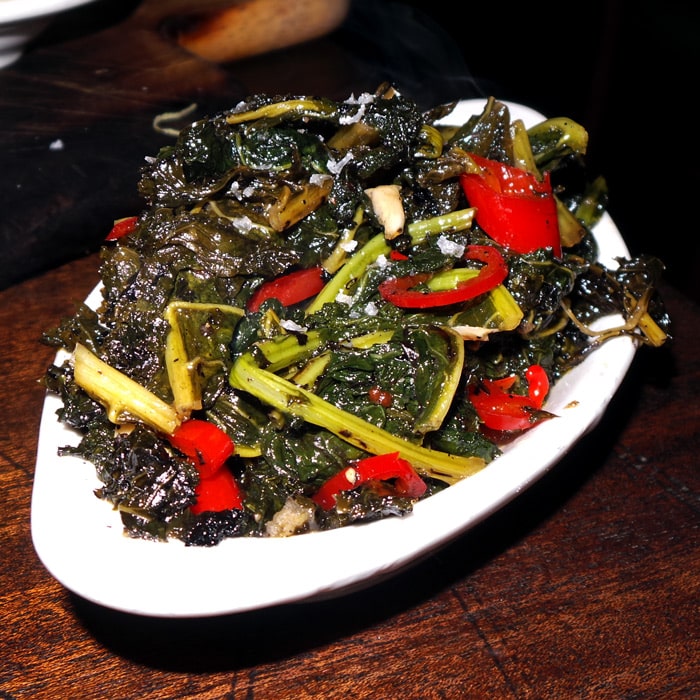 Next, we had Greek Fries. These fries were really excellent. The texture was perfect – crispy and tender without any sogginess. But, it was the feta cheese that was so incredibly creamy and salty that really made them. A sprinkle of sea salt and a squeeze a lemon made for a great bowl of fries. 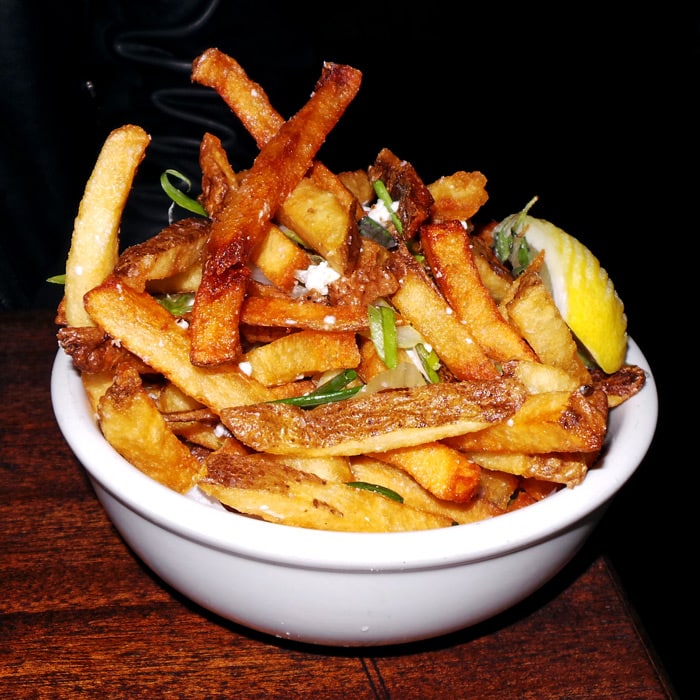 For our shared main, we ordered the Hanger Steak. It came out a beautiful, perfect medium rare with a nice char of the outside and a bright pink rareness on the inside. The rub on the meat was very flavorful – perhaps a bit salty, but wholly delicious.

It came with a portion of what they call Burnt Broccoli which was exactly what it sounds like, but was somehow actually really delicious. The broccoli heads wee cooked until charred and brown so that they were soft and crispy at the same time. Lemon juice, tender garlic cloves, and spicy red peppers rounded out the flavors. 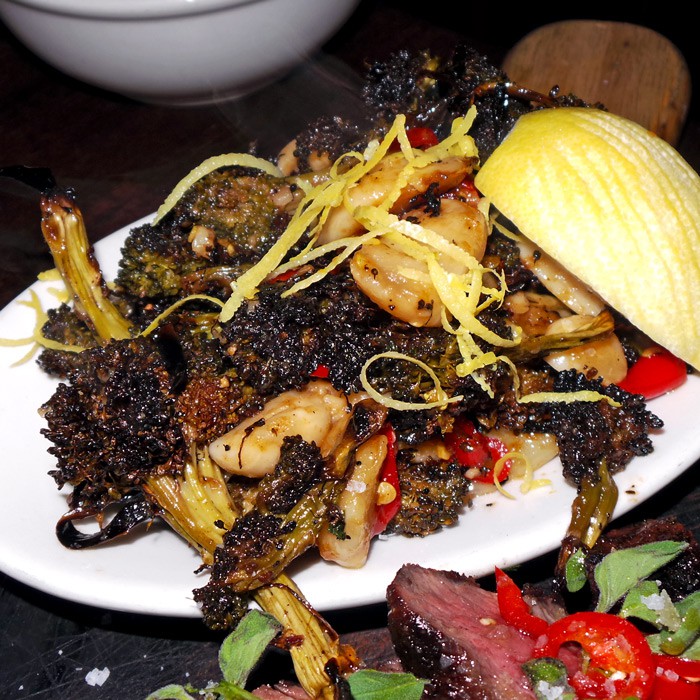 For the occasion, I don’t think I could have chosen better. Though the drinks cost a bit more than I would have hoped, but the rest of the menu is quite reasonably price and very delicious. All of the food tasted very bold, bright, and fresh with a lot of credit given to their backyard garden. The place looked great, felt sexy, and was just far enough off the radar to feel surprising and unexpected. Date night approved!

Got another great off-the-beaten-path date night spot in the East Village that I should check out? Let me know in the comments below.