Where do you dine when you are hosting out-of-town guests? What if they are from out-of-the-country? Seems to me that right now most people would choose a French-style bistro since those have become so popular recently, but our guests were from France so we certainly were not going to bring them to an upscale American rendition of their pedestrian food. For this meal, Reynard – a very highly regarded, trendy, remote restaurant in Williamsburg – was selected for us.

After meeting up with my girlfriend after work in Manhattan, hopping on the L, and exiting through the hellish rush-hour crazed Bedford stop in Williamsburg, we trekked Northwest a number of blocks to a much quieter corner of Williamsburg at the Wythe Hotel. This hotel has quite the too-cool-hipster vibe. 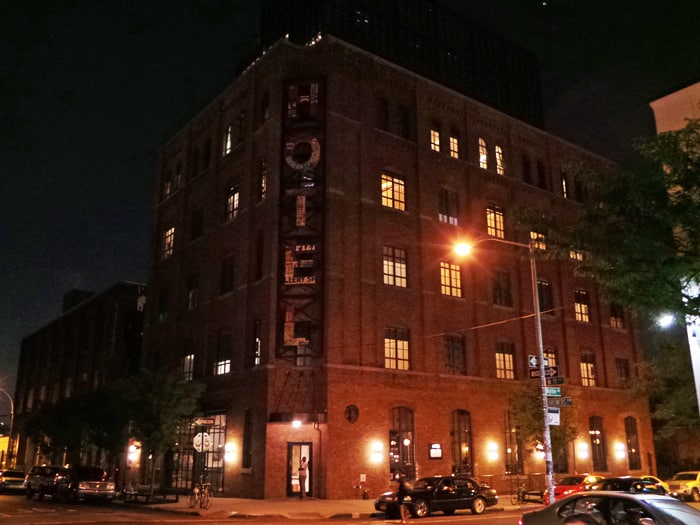 Upon entering the hotel we are greeted and asked if we were dining at Reynard for the evening, which we confirmed. After being led into the restaurant I took the chance to survey the room. It was a very large and fairly empty space, but I’ll admit that’s probably because it was only 7 o’clock on a Tuesday. Reynard does not put off as much of an air of arrogance as the hotel itself, but still most certainly has that hipster-chic feel from the restaurant’s rustic decor and dressed-down moustachio’d waitstaff. 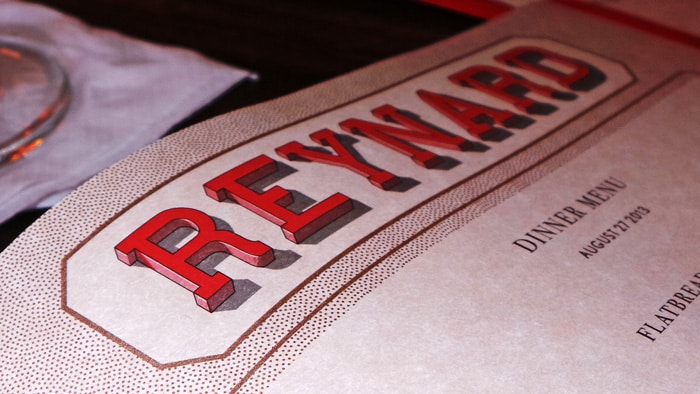 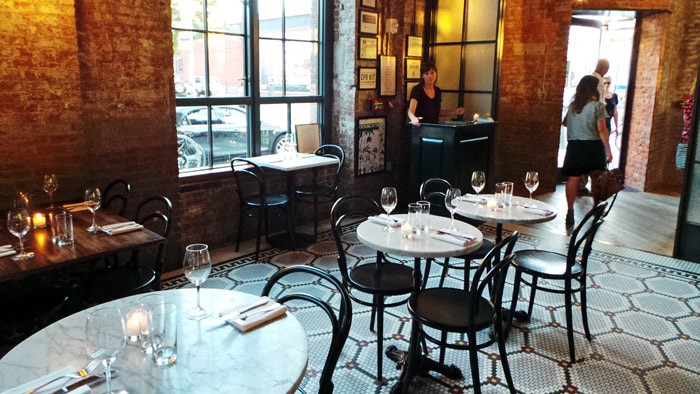 Amy and I were the first to arrive so we planted ourselves at the beautiful, well-stocked bar for a cocktail. This is absolutely the kind of place that refers to their bartenders as mixologists.

After looking over the menu I select a cocktail called the Fox’s Den. The combination of whiskey and bitters is a one I’ve been known to enjoy. This cocktail was well made with smokey and bitter notes, but was not a drink I’d consider particularly special, especially for the price when compared to the more interesting cocktail bars I enjoy around NYC.

Shortly after our drinks arrived, the rest of our party did as well. We transition to the dinning room next door to a booth more comfortable and spacious than I’ve unfortunately become accustomed to putting up elsewhere in NYC. We then decided to order a couple of appetizers for the table while we decided on the rest of our meal.

First came the Flatbread. It was quite a simple dish, though executed very well. There was a nice balance of doughiness and crispiness and the flavor of the quality olive oil and sprinkle of salt worked well with the bread. I just wish it was a heck of a lot more exciting and interesting for the price. 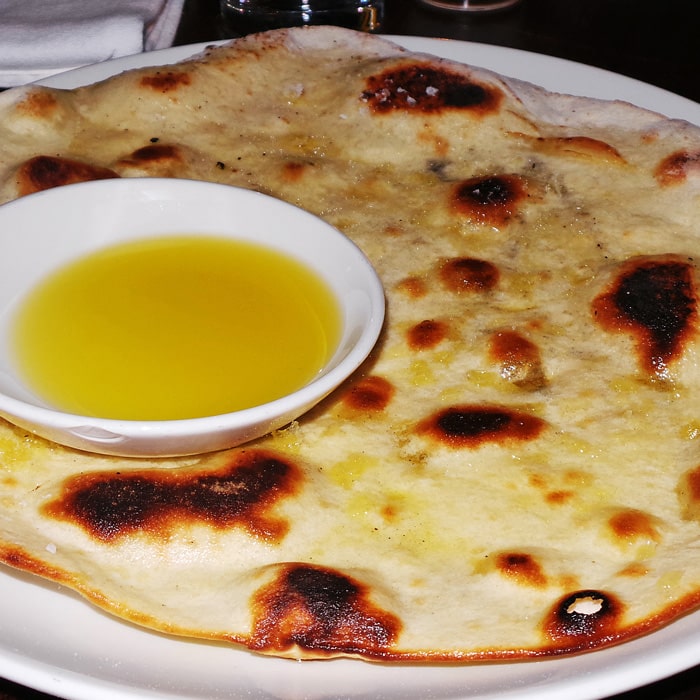 Then came the Carpaccio. I personally love a good, classic carpaccio. This rendition was a very strange combination of thin-sliced raw beef with watermelon and heirloom tomato slices. The flavors were interesting, but the watermelon completely dominated the dish. I would have definitely preferred a plain old beef carpaccio served simply with olive oil and lemon over this strange mess. 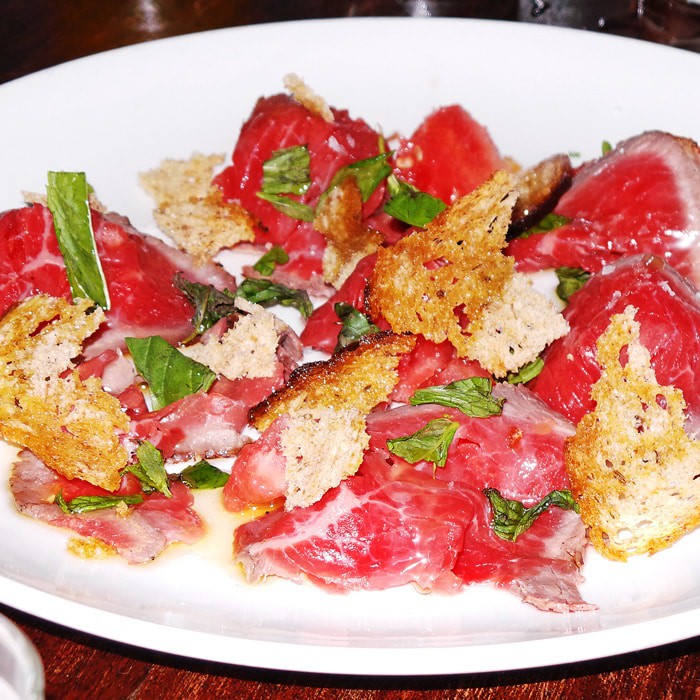 Next came the Seafood Toast. Visually, this was a really impressive looking dish. There was a large variety of nicely prepared seafood on toasted country bread along with heirloom tomatoes, shredded greens, and a bright citrus dressing. I actually enjoyed the flavors and textures of this dish though it was really hard to stomach its price. 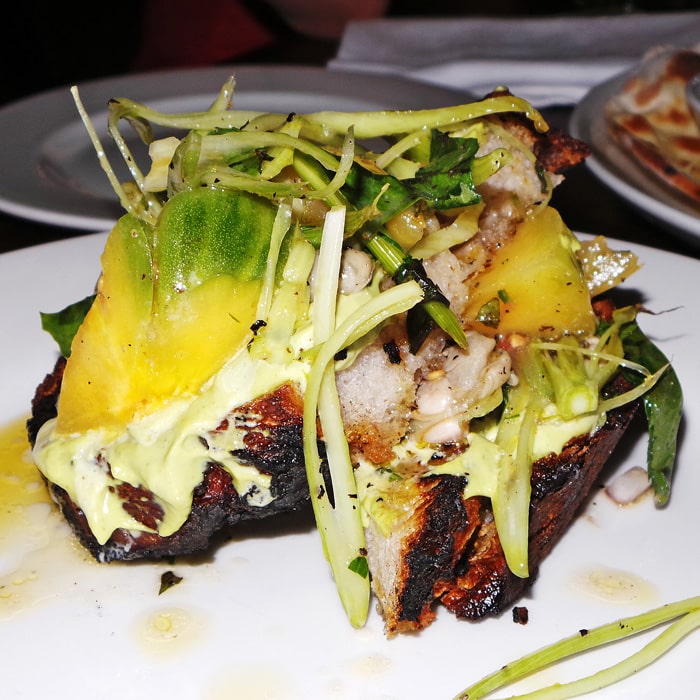 For my main, I ordered the Rabbit. It was a rabbit leg confit that was served over a bed of herbs and tomatoes. It took me a couple of underwhelmed bites before I realized most of the flavor in the dish resided in the Southwestern influenced sauce underneath the pile of meat and vegetables. Without a swipe of this sauce, I found the dish to be extremely plain. And even with it, I did not find this dish extraordinary. 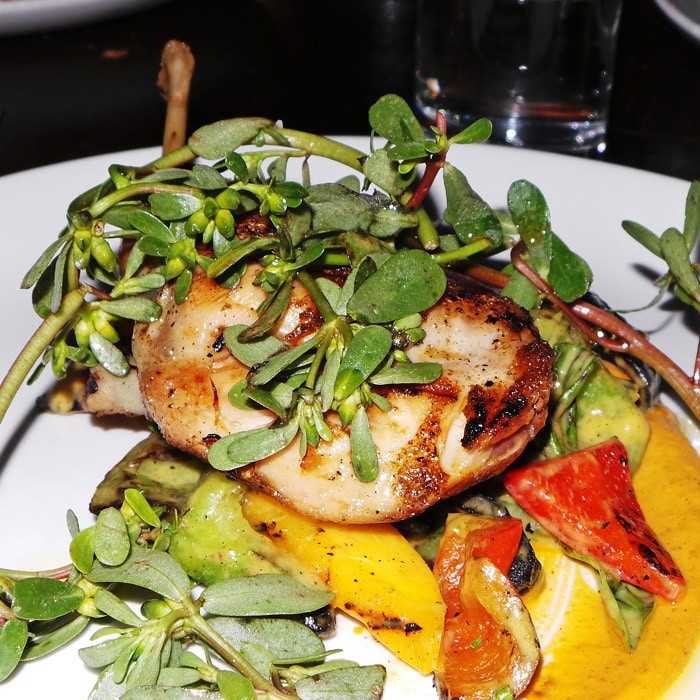 After leisurely finishing our mains, we couldn’t resist ordering a dessert for the table to share. We ordered a concoction called a Strawberry-Gooseberry Shortcake which was unlike any other dessert I’ve ever tried. Personally, I tend to gravitate towards savory dishes and this strange dessert delivered. It was an incredibly unusual sweet and savory combination of cake, fruit, and a basil sauce which essentially equated to eating garlicky basil pesto mixed with a dense, fruity, berry cake. This was my kind of dessert, but I don’t think it’s for everyone. One success. 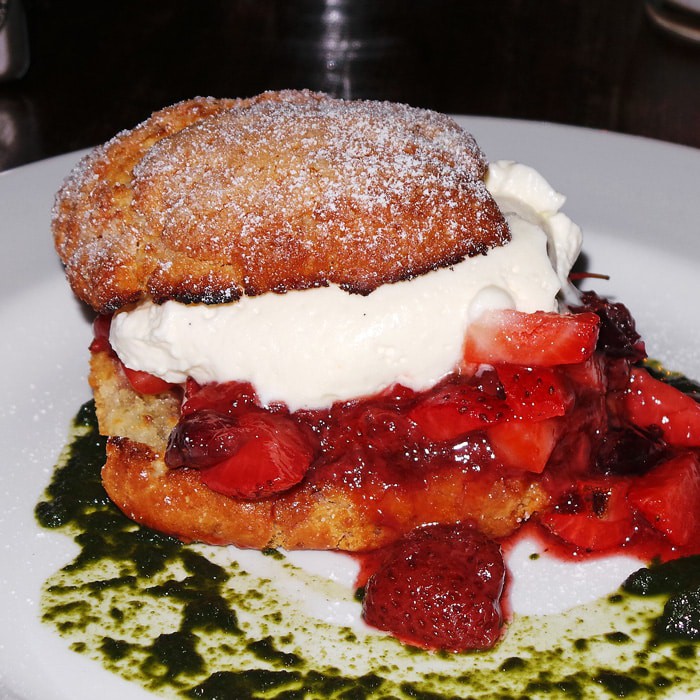 After I finished my meal, I also also checked out the super-hip rooftop bar upstairs called The Ides. It’s not always easy to get in. and it’s definitely full of the cooler-than-cool crowd. But, by dining at Reynard you can go right up without any hassle. I guess that’s a perk of dinner at Reynard. So, even if you’re not in the mood for another drink, head up there because the view of Manhattan over the Williamsburg waterfront was pretty incredible. 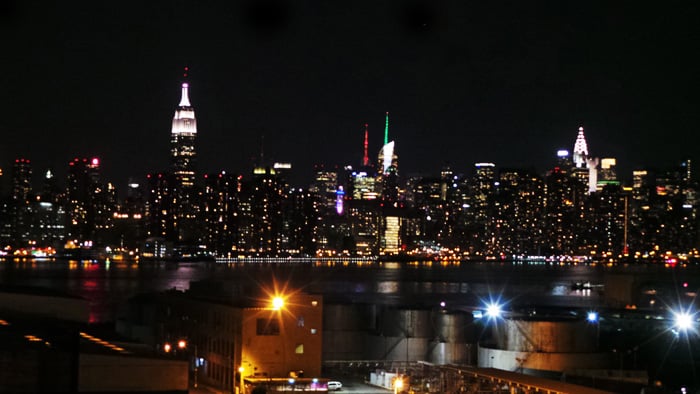 The View at The Ides

All in all, I don’t think I’d return to Reynard. It’s not really a scene that makes me comfortable, the prices are really high, and in my opinion, the food wasn’t special enough to deserve those prices. But, if you’ve got the money to burn and want to bring someone to a place that looks and feels impressive, this is your spot. Just don’t expect to be overly impressed by your food.

Where would you take out of town guests in NYC? Let me know in the comments below.