Let’s talk about the state of Mexican food in New York. I grew up in the Northeast, so I can safely say that for most of my life my understanding of Mexican food was incomplete. I happily enjoyed Mexican food all over the Tristate area for many years unaware of its full potential. Then something happened. My girlfriend brought me to Texas and my eyes were forever opened.

On this occasion, a craving for Mexican food or more specifically, tacos, struck me. I decided to check out a place I had never heard of anywhere outside of my Foursquare exploration called The Taco Shop.

Since I had no idea where it was, I let my smartphone’s map guide me there. It’s the kind of place you’d easily miss if you didn’t know what you were looking for. It’s barely marked and is down a set of stairs below a place called Burrito Loco that is apparently owned by the same people. 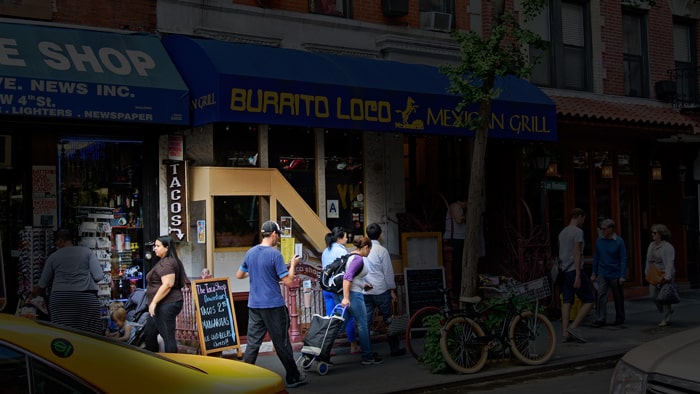 Upon walking down the stairs, I liked what I saw. The decor was distinctly Mexican feeling, maybe a little kitschy with all the luchador masks strewn around the place, but I liked it. The wall paintings were particularly cool looking too. 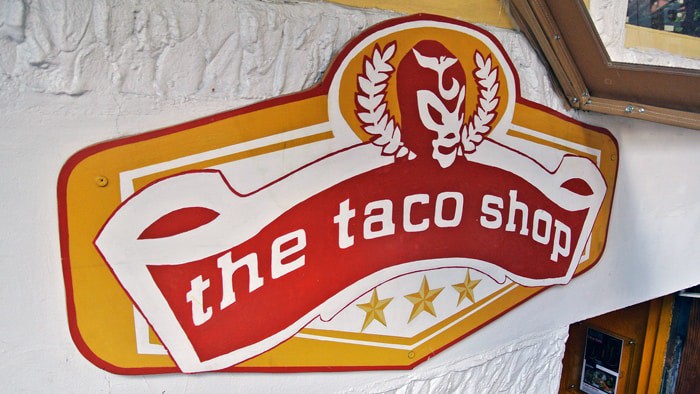 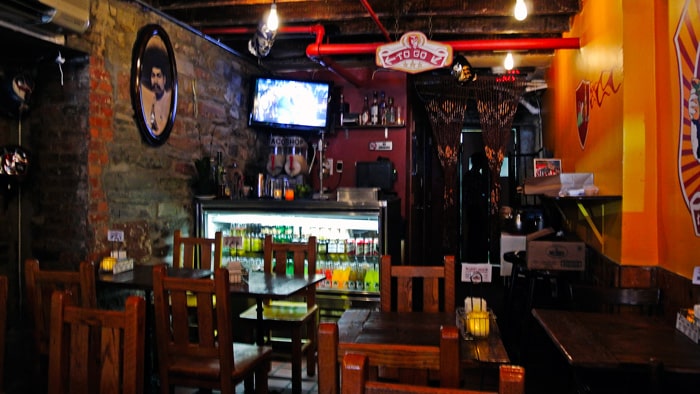 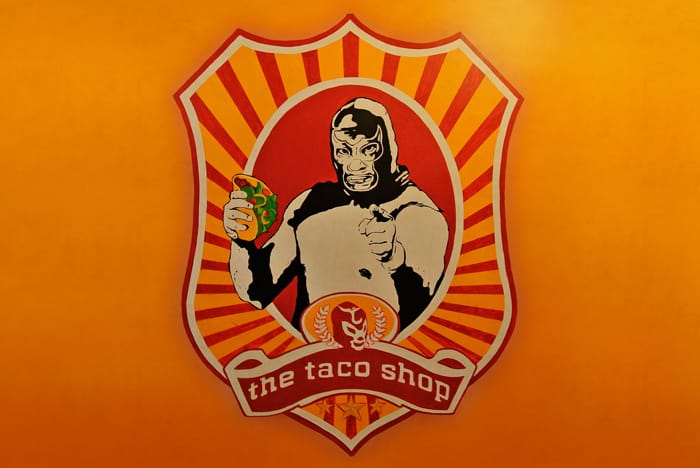 The price per taco was $2.95 and that seems reasonable enough on paper, three tacos for under $10 is my usual target. But I’ll admit, I was disappointed but not surprised when I saw the size of what came out from the kitchen. Standard, tiny, single-tortilla’d New York tacos again. Just look at the lime wedge for size comparison. 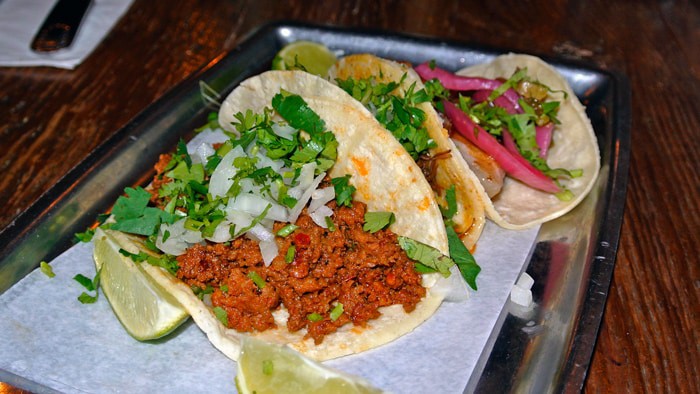 The first taco was full of pork belly. Foursquare tipsters seemed to like this the most so I made sure to order it. Their rendition of pork belly was almost entirely fat, which could be a plus to some, but I was hoping for a better combination of fat and meat. The fat was nice and tender, but it could have used a bit more seasoning. The pickled onions and jalapeño helped and the table salsas added a nice kick, but ultimately I was hoping for something meatier. 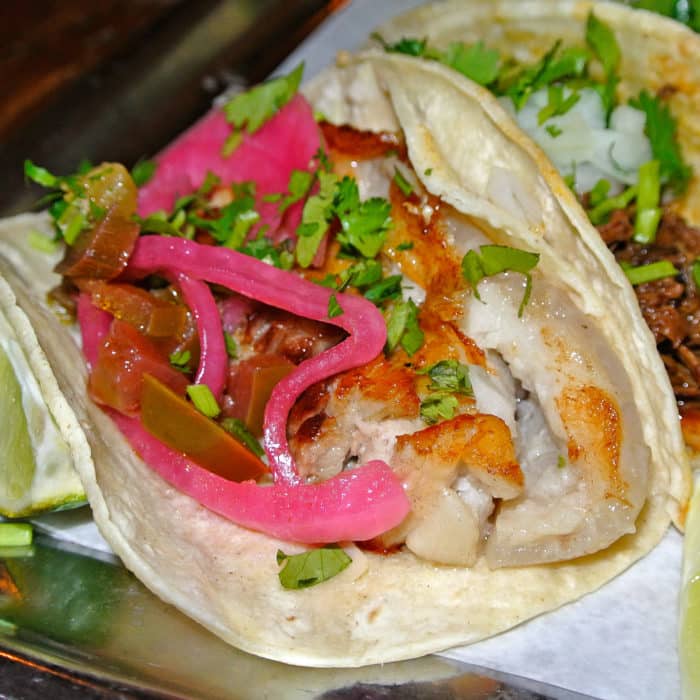 I next dove into the barbacoa – a slow-cooked preparation of beef. The meat was very tasty and moist, but again, I felt was under-seasoned. The single tortilla could not stand up to the sopping wet beef and quickly disintegrated in my hand. I shoveled it into my mouth as fast as I could to prevent the taco from splattering all over the plate below. 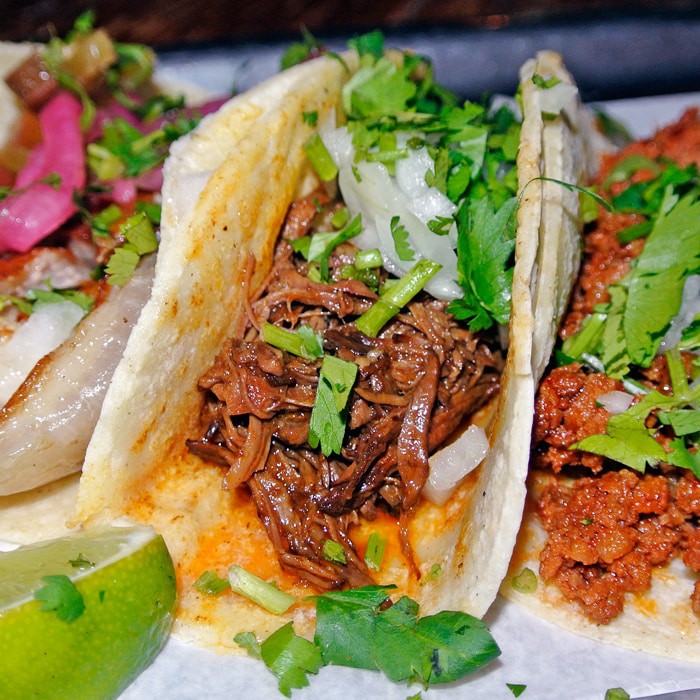 Usually, chorizo is one of my favorite taco fillings anywhere and there’s a certain way I like it. I like it crumbly and glowing red and this taco actually succeeded quite well in that regard. But, once again the single tortilla was no match for the taco fillings. One bite in and everything crumbled into a heaping mess on my plate. Of the three tacos I tried, this filling was my favorite, but the single tortilla was definitely a problem. 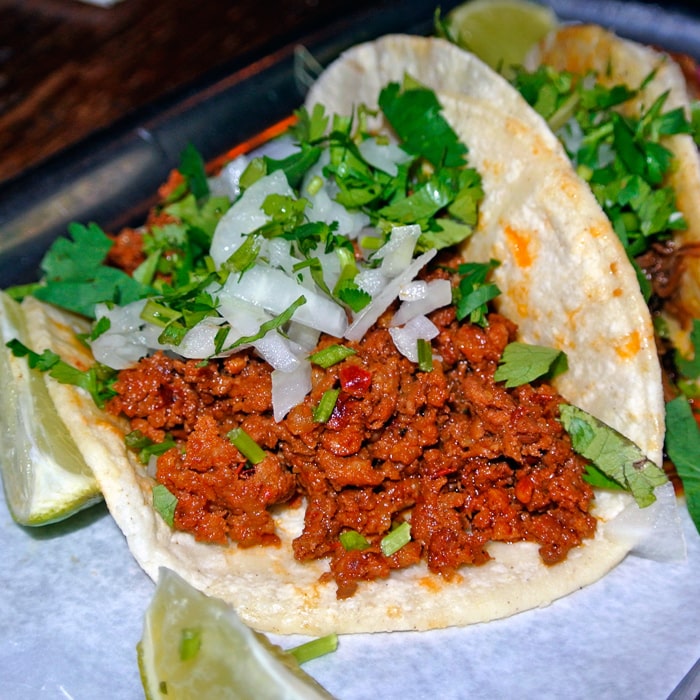 In my opinion, you could do worse than getting your Mexican fix at The Taco Shop. Just don’t come too hungry or order more than I did because the tacos are definitely on the small side and beware of disintegrating tortillas.

Got another taco shop in NY I should check out? Let me know in the comments below