I absolutely love how full of super old school places the New Orleans high-end dining scene is. There are tons of these places that remain as popular, famous, and incredible as they were when they opened well over 100 years ago. But, of course, that’s not all that New Orleans has to offer. There are plenty of young upstart chefs doing extremely innovative things, evolving the long-standing culinary traditions.

Take, for instance, the recently opened Compere Lapin. Headed by the popular and very talented Nina Compton who’s best known for her thrilling performance on Top Chef’s New Orleans season. Though she didn’t ultimately take home the Top Chef crown, it was very obvious that her deft use of spice, Caribbean flavor, and fine dining technique were bound to take her places. From the moment I got wind of her restaurant’s impending opening, I knew I had to try it for myself on one of my visits to the Crescent City.

Situated in a newly built space on the ground floor of the brand spanking new Old 77 boutique hotel in the CBD, this gorgeously rustic and elegant low-lit space is both impressive and convenient to anyone staying in one of the many hotels in or around the French Quarter. The space feels very inviting and right at home in NOLA with all of its carefully thought out accents that fuse the classic NOLA style with Caribbean flair. 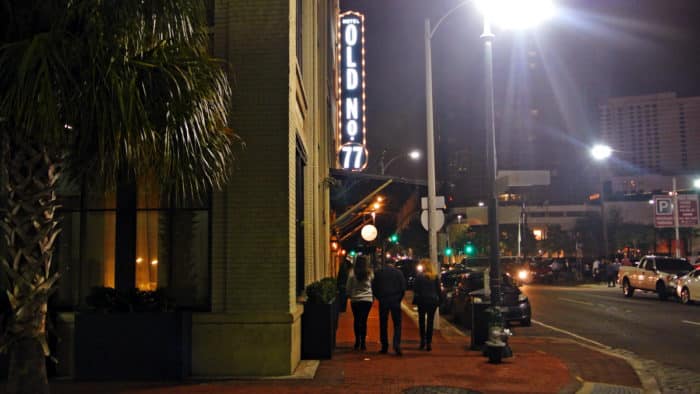 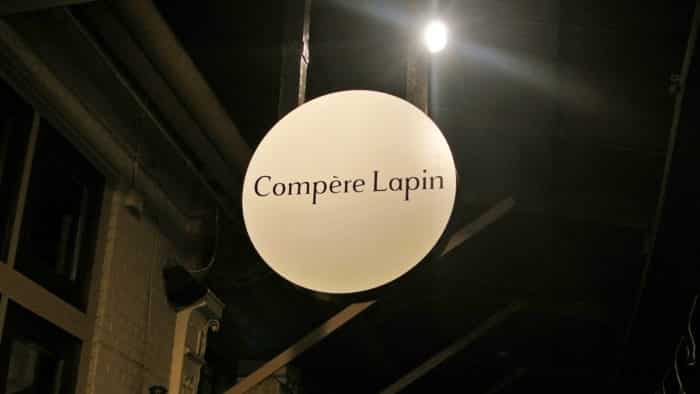 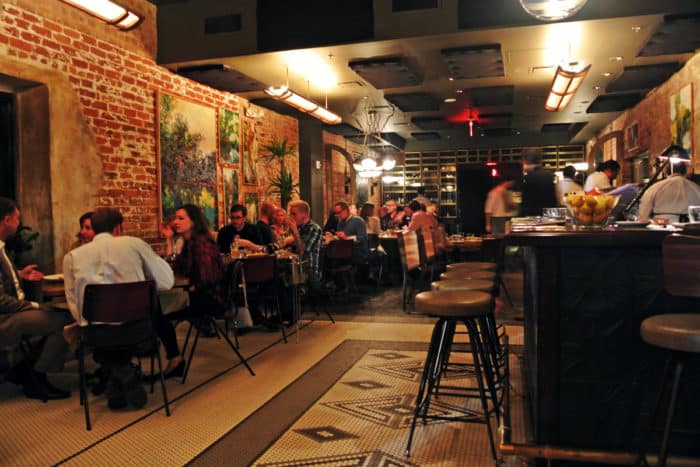 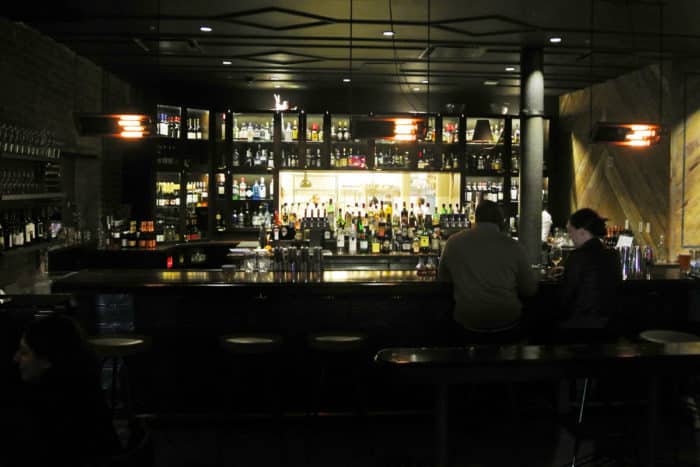 Once we were seated, the first thing I checked out was their cocktail menu which was full of some of the most unique and interesting concoctions I’ve seen anywhere in the country. Many of them incorporated unusual and rarely used ingredients, some of which are clearly inspired by Chef Nina’s home country of Saint Lucia. (See: Cachaça, Green Chile Vodka, Fino, Cold Brew Coffee, Plantains, IPA, etc).

Though mezcal is usually reserved solely for Mexican-inspired drinks, the awesome Mayor Rock cocktail I selected still hinted at the Carbbean through its interesting flavor derived from apple brandy, agave, and bitters. 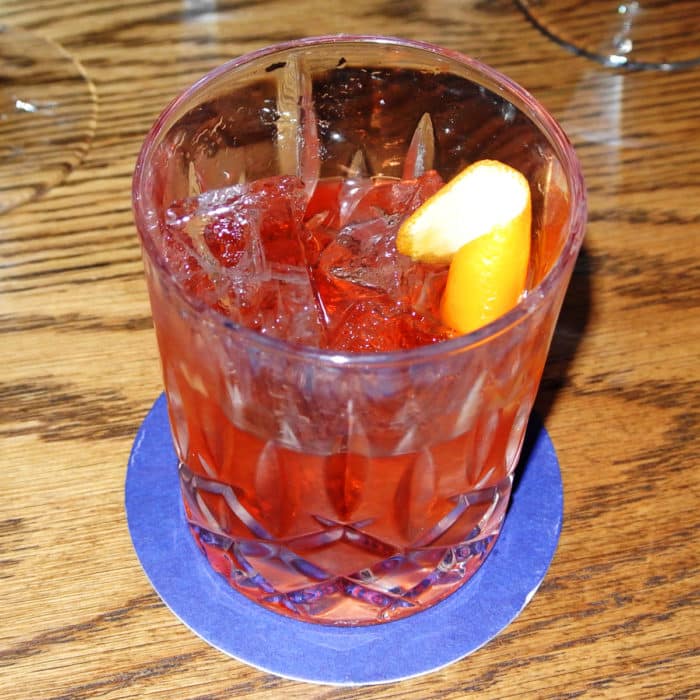 Though many restaurants mindlessly give free bread and butter to each table, Nina decided to one-up everybody else in town right off the back with a plate of ridiculous-looking biscuits paired with maple-butter and bacon-butter.

Now, I’ve had some great biscuits in my life, but these could easily stand toe-to-toe with the best of the best. The fluffy layers peeled apart with ease revealing the semi-soft, doughy interior that laid hidden beneath the crispy, airy exterior. And those flavored butters… come on. They were the icing on the cake. 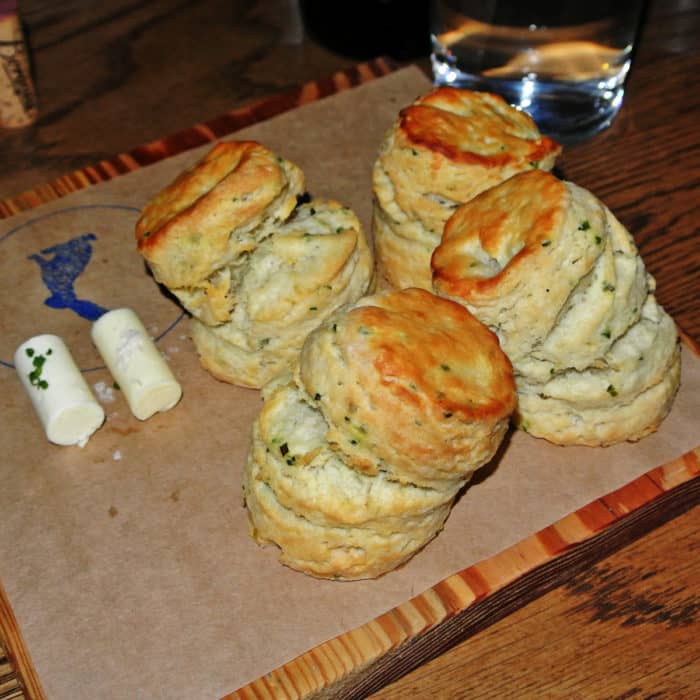 To really kick the meal off, we decided split a number of appetizers between us. As the trio of dishes arrived, our waiter warned us that we should dive into the Hamachi first as it was relatively time sensitive.

The dish involved five individually portioned bites of sliced raw, thin, sushi-grade fish laid over an icy granita with a shockingly dark green hued, strongly vegetal cilantro puree. This was a very interesting and creative creation for sure that derived most of its appeal from the stark contrast of temperatures and textures.

But, the flavor impact wasn’t nearly as bold as some of the other dishes we later had. It was nice, but we fell much harder for the other two starters. 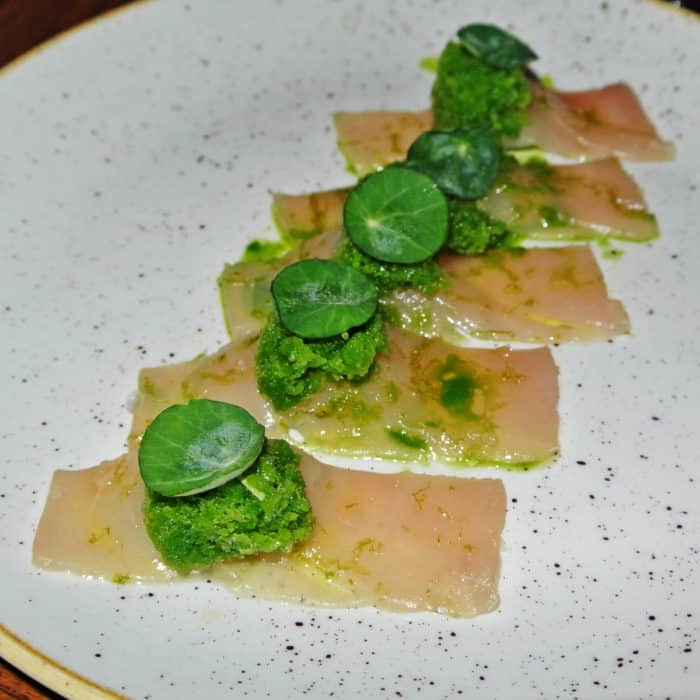 First, let’s talk about the other raw fish dish — the Cold Smoked Tuna Tartare. In general, I tend to really enjoy most preparations of tuna tartare, but this one was particularly special.

The cold-smoked treatment added a deeply smokey overtone to the raw fish that gave it a quality similar to top-grade lox (which is a Jewish classic that I simply adore). For additional complexity, I believe the tuna had bits of jalapeño pepper included to bring some much-appreciated heat and impressive dollops of caviar which again nodded to Jewish appetizing tradition.

To connect the dish to Nina’s heritage, the puck of boldly flavored fish came served with crispy banana crackers reminiscent of the crispy plantain chips that are so popular thoughout the Caribbean islands. On the whole, this dish was a total knock out. 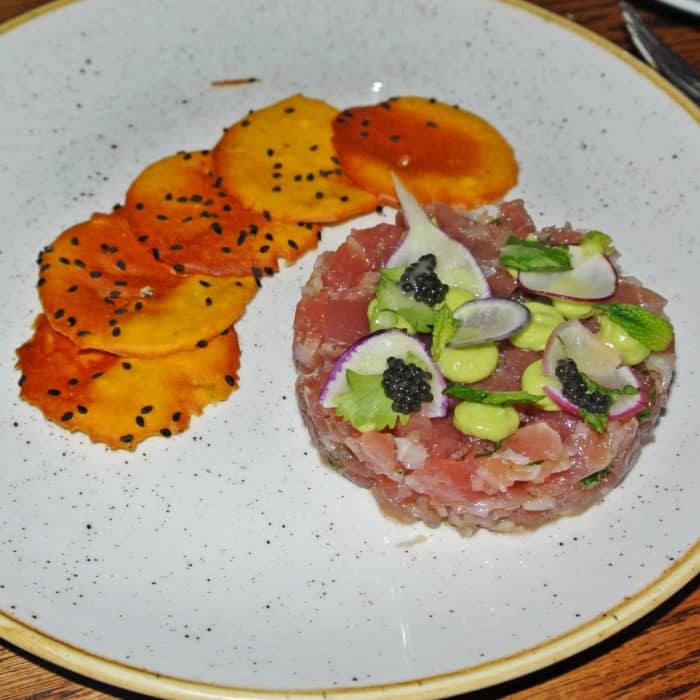 But, it was our third appetizer that left the strongest impression of all. I’ve had a whole lot of really impressive Brussels Sprouts over the past couple of years — chefs have really taken a liking to the ingredient and have learned how to magically transform it into something extraordinary. But, no version has been quite as over-the-top delicious as this one from Compere Lapin.

Cooked to the exact right level of tenderness and caramelized crispness, these sprouts came dressed in a lusciously rich and creamy buttermilk substance that soaked into deep every single glorious layer of the carefully handled greens. To amp them up even further, a substantial portion of crispy fried chicken skin bits were littered around the plate. Yep, crispy cracklings and rich buttermilk ranch on perfectly roasted sprouts — definitely the best sprouts I’ve had to date. 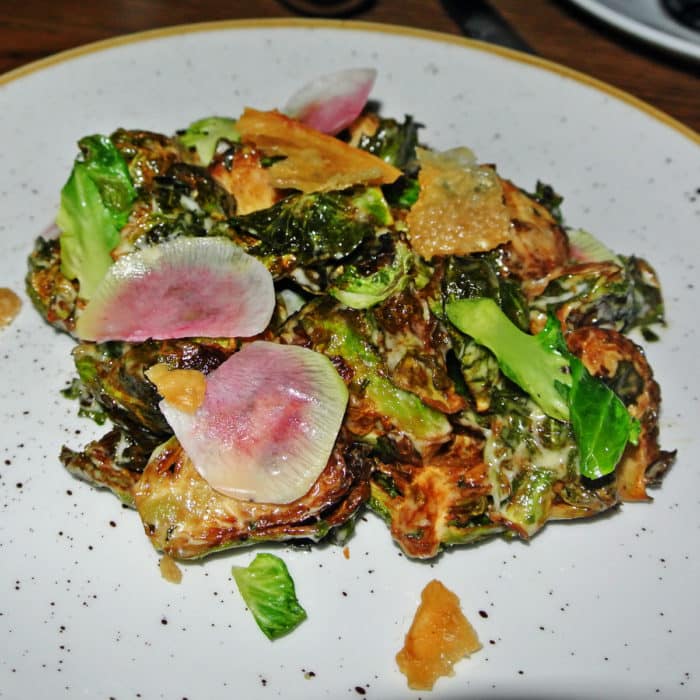 I selected the Pici Pasta, which involved a large bowl of chewy, al dente, hand-made spaghetti served with a bright, bold flavorful sauce and was decked out with a seriously epic and impressive amount of sweet Maine lobster meat. This dish was relatively simple in terms of ingredients but still ate utterly decadently. 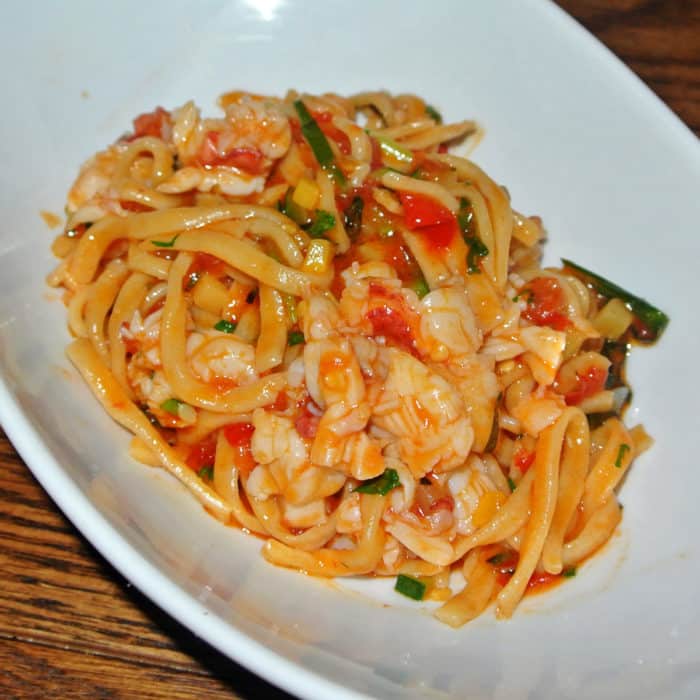 As our other main, we followed Nina towards those bold, complex Caribbean flavors she’s become known for from her season of Top Chef. The dish that exemplified her heritage most strongly — Curried Goat.

I’ve always been a fan of gamey goat meat, but this really was something special. There was just so much to love built into the dish. Between the unique flavors, extremely tender shredded meat, light-as-air bed of sweet potato gnocchi, and underlying heat that built as we ate, I was smitten.

This dish was by far the clearest expression of what I had hoped Nina’s food would bring to the table. There was just a brilliant use of interesting ingredients with innovative combinations of textures and flavors all around. 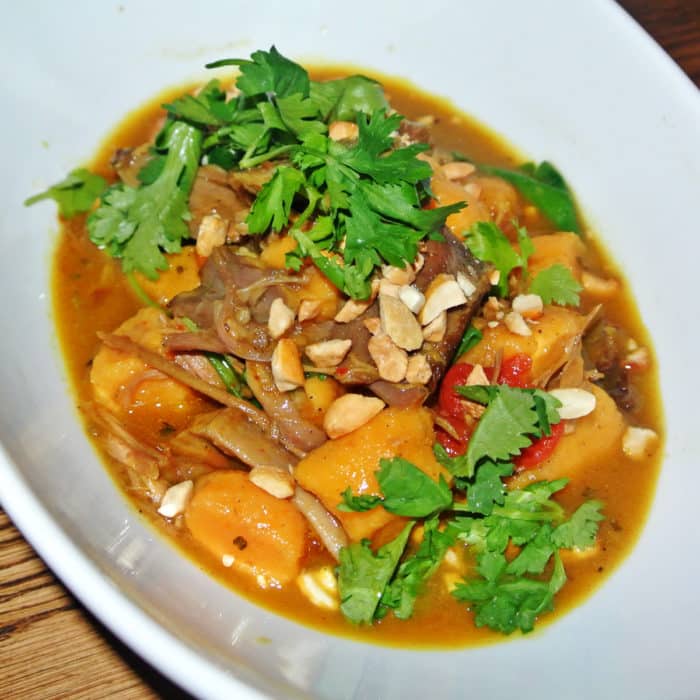 So, if you’re looking to experience new flavors in New Orleans, this spot should fit the bill quite nicely. There’s plenty to love about Nina Compton’s inventive, flavorful Caribbean-inspired cocktails and cuisine. Welcome to NOLA, Nina, you’re gonna fit in perfectly.