We had actually just spent the entire day leading up to this meal winding our way though the North Bay stuffing our faces and tasting wines around Santa Rosa. So, we brought one of these brand new bottles with us to the restaurant as Aliment does allow you to bring your own bottle with a minimal corkage fee. I find that that’s always a plus.

The restaurant’s decor is very clean and modern featuring an impressive multi-level dining area accented by dimly lit Edison-bulb adorned wall sconces. During the day, the restaurant is brighter and lighter, but at night they really crank up the date night sexiness. For an added touch of visual interest, they even projected an old black-and-white movie onto the large, blank, white wall over our heads. Pretty, pretty cool.

And obviously the food is just as important as the atmosphere when deciding on one restaurant over another. Well, the menu at Aliment won’t disappoint. It primarily focuses on American dishes, but each with a globally influenced twist that frequently spans a variety of exotic ethnic cuisines and flavor profiles. I really do think that everything they do is super-exciting. 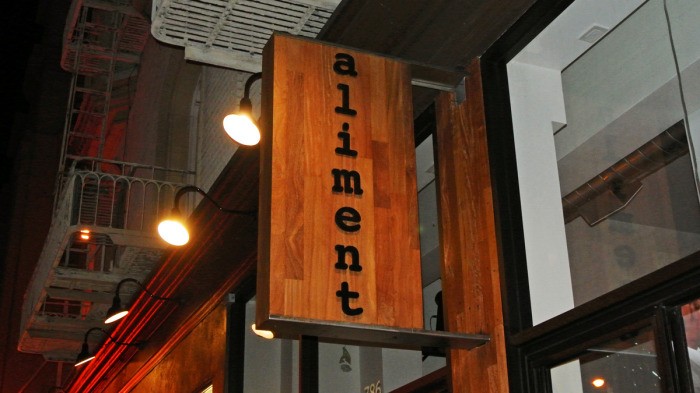 Before taking my first brunch visit, I had heard rave reviews about their Brussels Sprouts and knew I had to give them a go. They were absolutely ridiculous on that first visit and I was quite happy to find that they were also offering them during dinner as a dinner starter.

These sprouts came chopped in half and were cooked whole until the insides were extremely tender and the outsides got nice and crispy. They were completely soaked in an absurdly addictive and truly unusual Asian-inflected sauce they call Fish Sauce Caramel and was dusted with a bit of toasted nori and sesame seeds. This is exactly the kind of bold and exciting global food I’ve come to expect from Aliment and I appreciate what they are capable of every time. 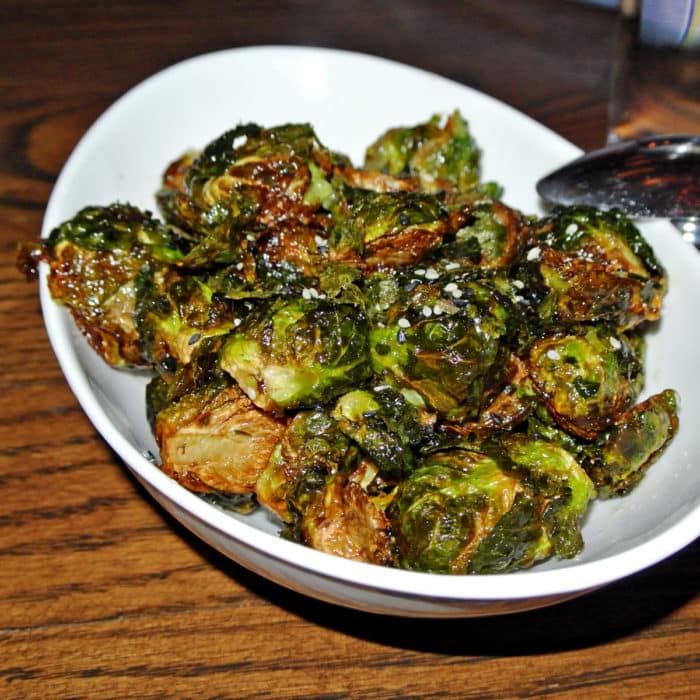 As a second table starter, we ordered something peculiarly called Crispy Duck Bits. The name may sound strange, but the description made it all too obvious that it was a must-have. This dish, at its core, consisted of a generous handful of crispy pan-fried duck meat morsels mixed into a bed of miscellaneous greens and pickled radishes.

But, then came the twist. This dish was strategically dressed in slightly spicy, but pleasantly thick and creamy Thai red curry sauce. This otherwise straight-forward and simple meat and veggie dish was propelled into the stratosphere by the simple, but brilliant addition of Thai curry and I loved every single bite of it. 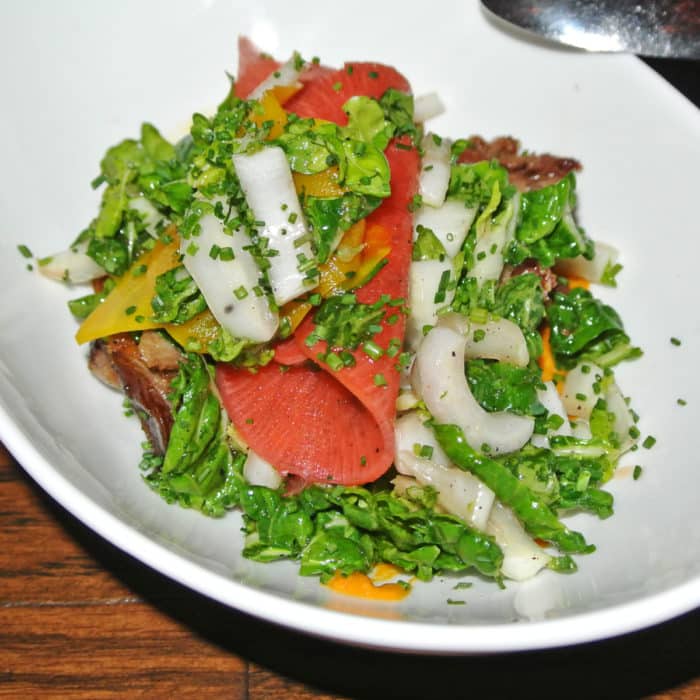 For my main course, I found myself absolutely compelled to order the Seared Monkfish, mostly because of the simply irresistible magic word pork belly listed amongst the dish’s many ingredients.

I really wasn’t very familiar with monkfish before selecting and eating this dish, but I was totally struck by the unique texture and sweet taste that this white fish had. It reminded me more of crab or lobster meat than any fish I’d tasted before. And sure enough, at this point after exclaiming these sorts of observations aloud, I was informed by one of my table mates that monkfish is commonly referred to as “poor man’s lobster”. Well, guess I’m not the first one to come to these sorts of conclusions about the texture of monkfish.

In any case, it was absolutely incredible and had a bold, smoky, and spicy blend of spices applied to the exterior of the wonderfully exciting flesh. It was as plump, sweet, and juicy as any fish I’ve ever had and it went so well with those crispy pan-fried potatoes, meaty and umami-rich pork belly bites, and the bright, herbaceous pool of neon green sauce. Every single bite of this dish exploded with a vivid punch of unique flavor and was another excellent example of the greatness that Aliment is able to achieve. 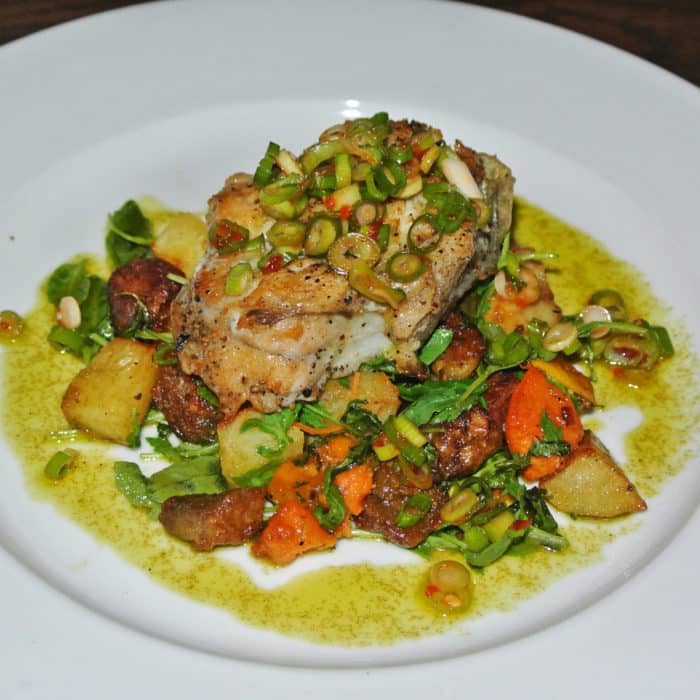 So if you’re looking for some impressive and stunningly well-executed globally-influenced American food in San Francisco, add Aliment to your list. I’ve been truly impressed with both their brunch and dinner service and bet that you too will find a lot to love about this quintessential Nob Hill neighborhood joint.

Got another very under-appreciated hidden gem in San Francisco that I should check out? Let me know in the comments below.