Before sampling the food, the first impression I got of Pizzeria Delfina was top notch. If you were looking for a great spot for an al fresco date night, you could certainly do worse than that gorgeous tree-lined Palo Alto garden. When the weather is nice – which is pretty much all year round – eating dinner in that sexy garden would set the mood quite nicely. We actually ended up dining inside, which still had a nice atmosphere. I figured I’d save the sexy garden for an actual date night. 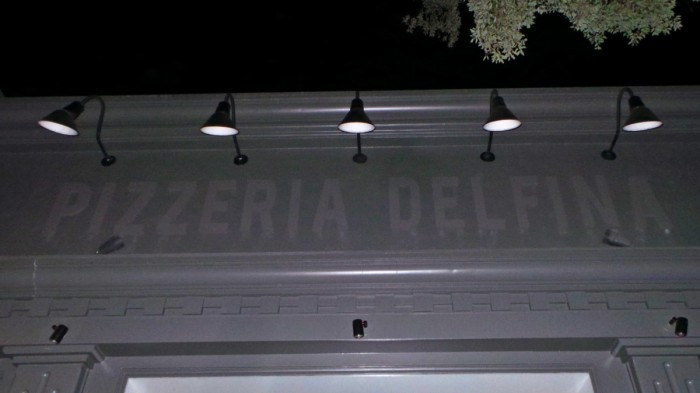 The Garden and Restaurant

As soon as we were seated, we all immediately went for the drink menu. I actually went into the meal planning to get a glass of wine, but my attention was uncontrollably diverted to a section of the menu filled with Italian cocktails and I couldn’t resist giving something from that area a shot. I selected a drink called the Valencia that sounded like safe bet based on my usual boozing interests – rye, amaro, and sweet vermouth.

The drink was made perfectly and really hit the spot for me despite its simplicity. I could taste every single element in the concoction but it was still balanced so well that it went down particularly easy. This unexpectedly fantastic cocktail was a definitely a sign of the rest of the meal’s greatness to come. 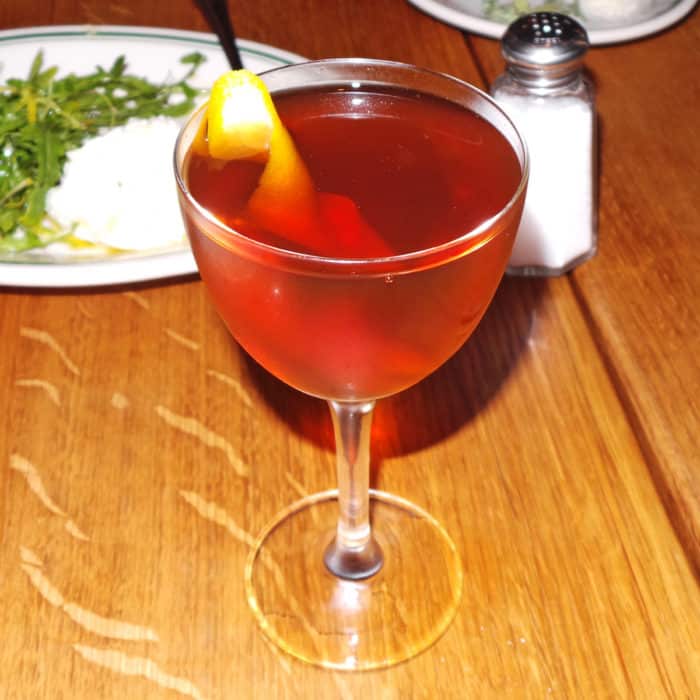 To kick it off, we started with the Belfiore Burrata appetizer. It was pretty straight-forward, but absolutely wonderful. The milky, creamy, mozzarella cheese was simply prepared with only a touch of salt, pepper, and olive oil, but this unreal cheese was at its best when scooped and spread onto an arugula-loaded, garlic-soaked, toasted crostini. That’s how you make a killer bite! I could feel myself melting into a dreamy pool of mush with every lusciously creamy, crispy-crunchy mouthful I took. 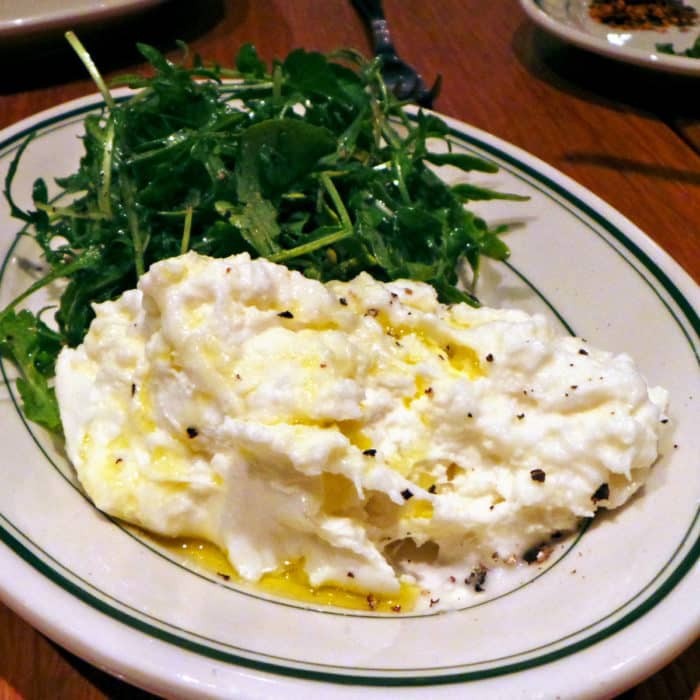 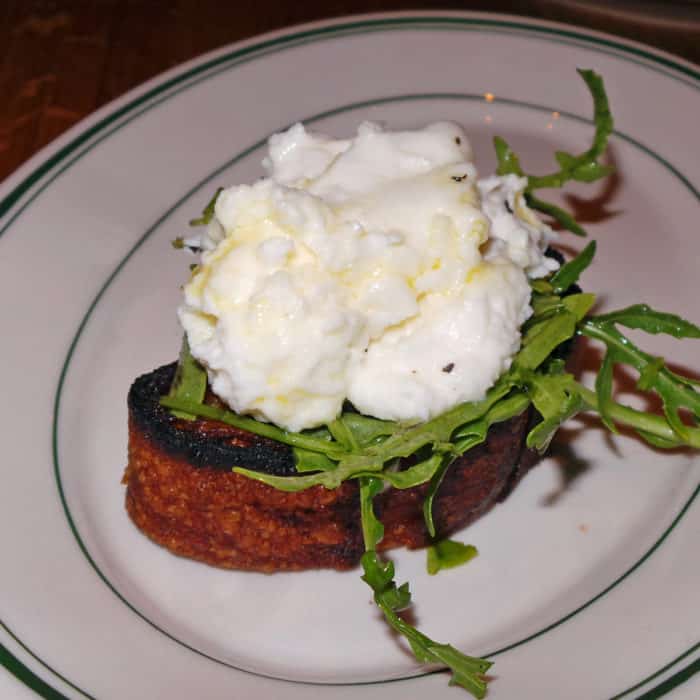 From there, we moved on to another starter that had caught my eye, but it was one that I honestly didn’t think we’d end up ordering. Somehow I managed to convince my dining companions that we should go for a dish that would ordinarily fall waaaaay outside of their usual food comfort zones – Chilled Tripe “Tripperia Style”. The dish was literally a large bowl of cold ribboned organ meat dressed with nothing more than basil and a few self-serve toppings.

On its own, the tripe didn’t have much flavor, but after I doctored it up with a squeeze of the provided lemon, a drizzle of chili oil, and a sprinkling of flaky sea salt it really opened up and became truly delicious. Tripe always has an unusual texture that can most easily be described as “chewy” that I assume most people can’t stomach, but I really dig it and was really impressed with this version.

And this tripe – in order to only further the eating challenge level – was served cold. There was no hiding anything in this dish. It had to be done perfectly and it was. It was cooked so well and had just the right level of chew – it was gratifying and satisfying with every bite.

I really loved this dish and thought it was a killer deal at only $8.75. I was also very proud of my friends for taking the plunge and eating cold tripe even though the dish was certainly not something they would usually choose to order or even try. 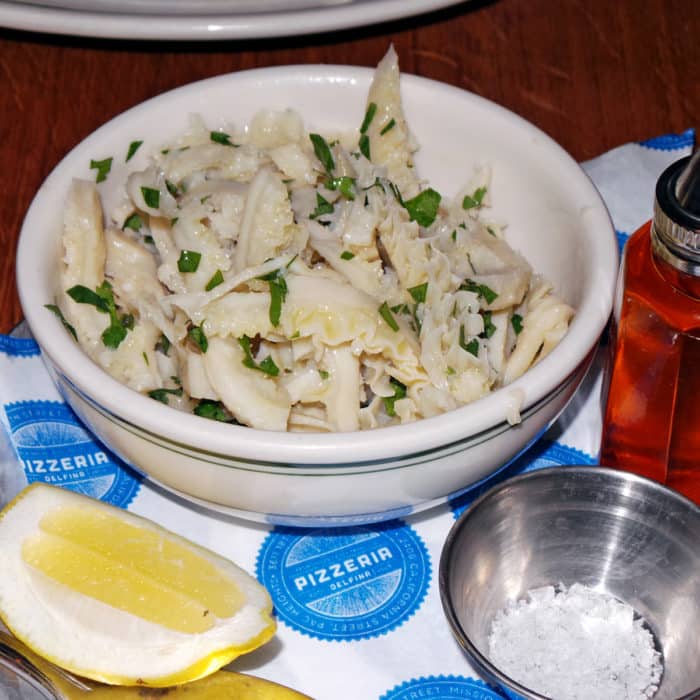 After that, the first of our shared main courses arrived – Neapolitan Meatballs in Sugo. These meatballs were made of pork, beef, and veal and came served in a bright, flavorful tomato sauce along with more toasted, garlic-butter soaked crostini.

These meatballs were also executed really well. They actually were still a little pink on the inside and didn’t turn that dull gray tone you see all too often with poorly made, over-cooked meatballs. These were meaty, moist, tender, extremely flavorful, and were really just an exemplary rendition of the Italian-American classic. They really hit the mark on every aspect of meatball judgement. This dish was another winner.

The next main to arrive was the Napoletana Pizza which I don’t think I necessarily would have ordered had one of my friends not selected it, but I was certainly happy we did. I’m usually not a fan of cheese-less pizzas, but this one was loaded with a variety of satisfyingly salty toppings and ended up being damn good.

It had a really bold combination of flavors with the bright, vibrant tomato sauce taking the lead followed by a firm kick in the pants from the hot peppers and closed out by a ton of in-your-face salty funk from the anchovies, capers, and olives. This was an aggressively flavored pizza and in my opinion was an absolute steal at only $11.75 for the whole pie. 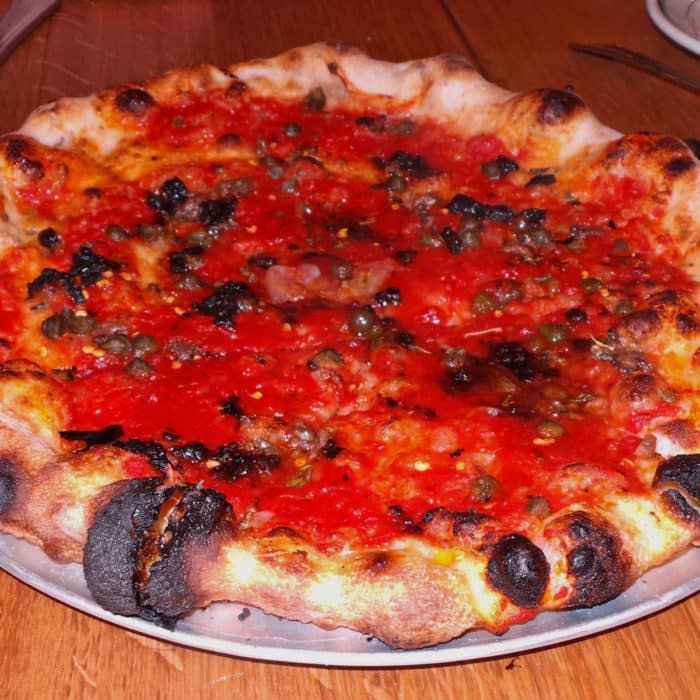 And finally, for a far less salty, but still extremely excessive pizza we had the rich, creamy, cheesy, and over-the-top “Carbonara” Pizza. This ode to the classic cream-loaded pasta dish was topped with a thick layer of Fogline Farm egg whites, runny yolks intact, pecorino, scallions, cracked black pepper, and a generous smattering of salty, porky guanciale.

The last time I found myself face-to-face this highly underrated and extremely underutilized pork product, I was at The European. I had raved about the way they used it, but this treatment at Pizzeria Delfina was just as incredible. I really think this awesome, smokey, thin-sliced bacon alternative should get more attention and I hope to see guanciale popping up on more menus around the country soon. The pork jowl was ridiculously good and really ramped up the whole carbonara flavor profile to the next level of ridiculousness. 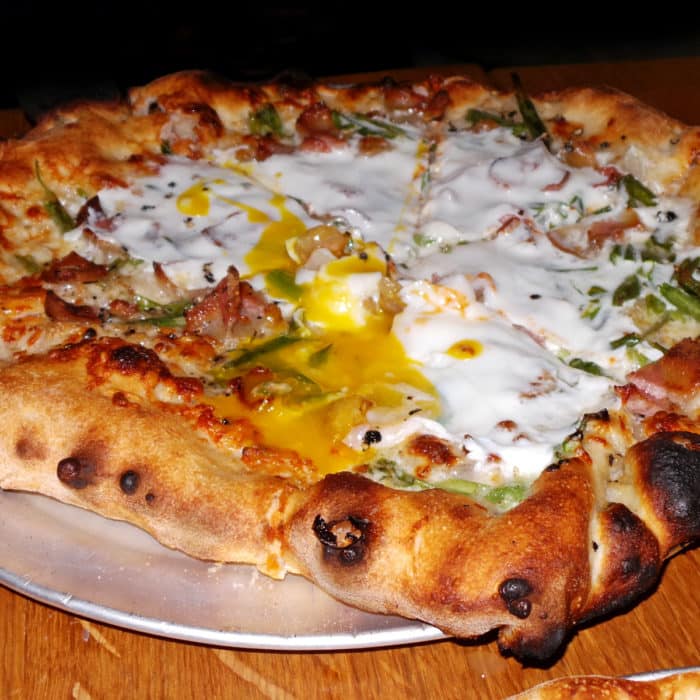 And because I was so impressed by my first cocktail, I couldn’t just stop there. To conclude my meal, I went for a drink called the Migliorato made with bourbon, an Italian herbal liqueur called Strega, and orange bitters. Strega, you ask? Yeah, I hadn’t heard of it before either, but now I’m in love.

This drink was just as spirit-forward as the Valencia, but that unusual Italian liqueur added such a nice, bold and unfamiliar herbal quality to the otherwise simple drink to give it some complexity. Strega, I think you’ll be joining my home liquor cabinet very soon. 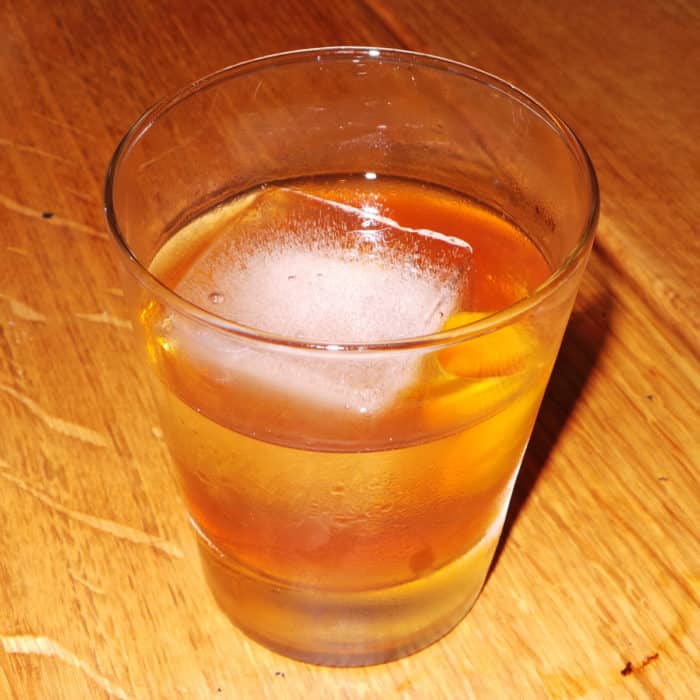 So there you have it, I went to a place that I didn’t expect much from, but ending up leaving feverishly excited and raving like a lunatic about it. Everything we ate was delicious and executed exceptionally well so don’t be afraid to venture out into riskier dishes that include ingredients like anchovies, tripe, or pork jowl and make sure you don’t miss out on the particularly well-made Italian cocktails.

Got another Bay Area eatery that you think will blow me away? Let me know in the comments below.

Your Next Date Night Should Involve SF’s Very Best Burger