WOAH YEAH. Who’d a thought you could find super-legit Mexican food in Eastern Connecticut? I certainly didn’t. But there I was, sitting on the SoNo waterfront (South Norwalk for all you out-of-towners) searching for a solid lunch spot and when I stumbled across a little taqueria on Yelp with only a few reviews, but every single one of them was utterly ecstatic about the place. It was settled, Amy and I were going to drive across town to Rincon Taqueria in Norwalk to see what all the people were buzzing about.

But even with the destination in mind and GPS in hand, it wasn’t so easy to find the place. The signage is pretty small and it’s sort of tucked away in a parking lot on the side of a wedding banquet hall. But after a second pass past the supposed location on the highway, we managed to spot it and pulled in for our lunch.

The reviews made it sound like the place was gonna be a tiny hole-in-the-wall dump, but my experienced eyes did not get that impression at all. It was actually nicely but minimally decorated in there – it was a spacious no-frills fast-casual eatery. I guess Connecticuters just have a different definition of hole-in-the-wall than I do.

But as soon as I entered the space, I wasn’t thinking about the environment or decor at all. I was immediately blanketed in the absolutely intoxicating scent of garlic and slow-roasting meats and already knew I had made a good decision coming in. My body is ready, give me the good stuff Rincon Taqueria. 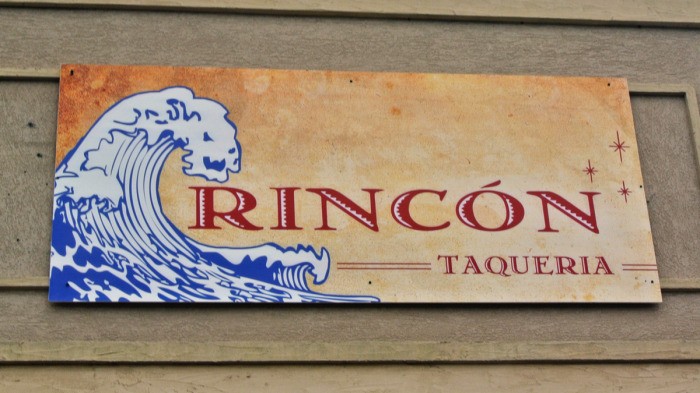 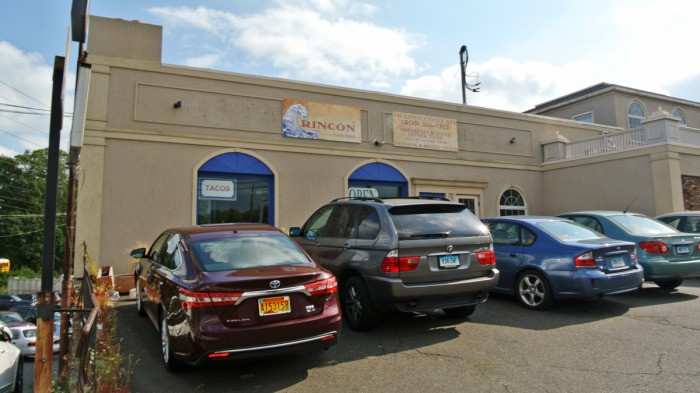 Before we get to the rundown of the food, let’s fast forward to the end of the meal. After concluding (and spoiler alert) absolutely loving our entire meal, the lovely and wonderfully passionate owner Maria and her partner came out to say hello after noticing that I had been taking photos of the food.

She invited Amy and me back into the kitchen to check out the whole operation and sample some of the things she was whipping up for her catering business for the night ahead. She explained how she cooks all of her meats slow and low for hours and sources her ingredients form the local markets. She was even kind enough to offer us bites of her outrageously good, fresh-out-of-the-oven Filet Mignon Beef Bourguignon and insanely tender roast pork. If it wasn’t already obvious to me from the meal I had just crushed, this lady really knows how cook!

After chatting with the two of them, we learned that the taqueria had only opened a few months prior and gets pretty much all of their traffic through word of mouth. Well, I’m hear to say that with food this good, word of mouth is sure to spread like wildfire. Her partner in crime is from Santa Barbara, California which now makes sense where the ‘Rincon’ name and taco passion came from. Maria is Chilean and apparently many of the recipes were created in conjunction with her mother. It’s pretty amazing to see the kind of magic that can happen when a taco-loving West Coast bro and a formally French trained Chilean-born chef come together to open a taqueria in of all places – Connecticut. Now back to that fantastic and extremely filling meal! 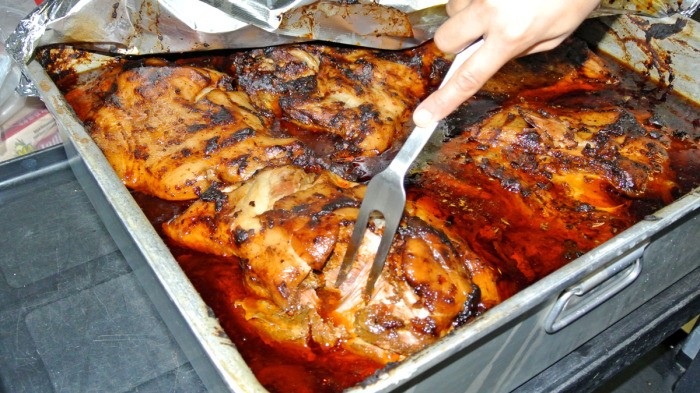 The Kitchen and the Catering

We stopped in for lunch and ordered two of the Pescado Tacos I had seen people raving about online along with a Carne Burrito. Before placing our order, we had no idea how ridiculously large these portions were going to be…

While our tacos and burrito were being prepared, we were each presented with a plate of yellow rice and black beans dressed with a bit of onion, green peas, corn, scallion, and cilantro. The rice was cooked absolutely perfectly and the beans were nice and firm just how I like them. The gratis starter was spiced really well and was super comforting, but the plate was even more perfect after a little shake of the vinegary table hot sauce. 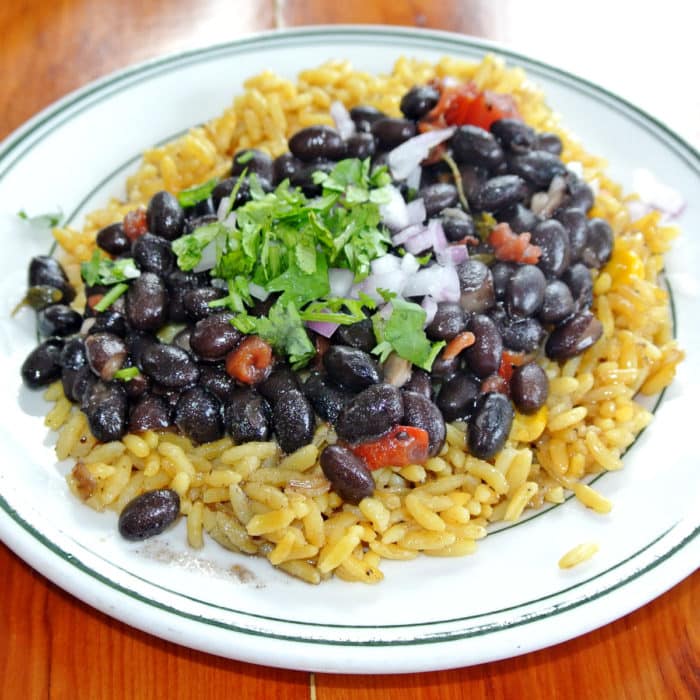 Then our food arrived. Oh boy did it arrive. Both of our jaws dropped simultaneously. Everything looked and smelled so fantastic and the portions were just absurd. Seriously absurd.

Each of the tacos were double tortilla’d and were overflowing with strips of lightly battered and fried golden brown fish. The fish was perfectly executed but there was a sort of herbal garlic topping that really made the dish shine. These tacos were outstanding. They were definitely some of the most impressive fish tacos I’ve ever had. 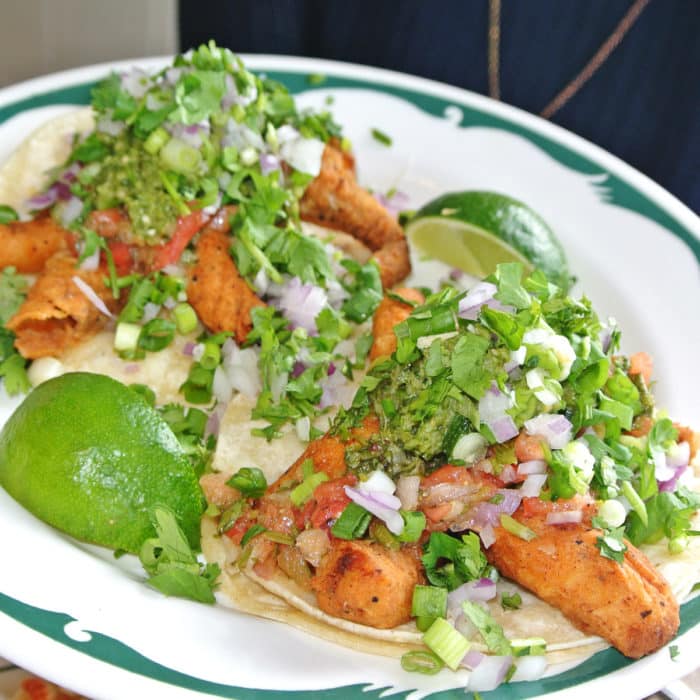 But that burrito – oh that burrito – it was big enough to make even Adam Richman of Man vs. Food fame quake in his boots. It was also probably big enough to kill a moose. We ordered one – cut in half – and even that was an excessive portion for each of us. Don’t get me wrong, I ate my entire half because I’m a fatty at heart, but I was stuffed to brim by the end of it.

But this thing was great for more reasons than just its magnificent girth. Every element making up this spectacular burrito was absolutely delicious. It was filled with that same great yellow rice, black beans, and garlicky herbal sauce we had eaten earlier, but the real key this dish’s excellence was that outstanding shredded beef.

As I mentioned earlier, Maria cooks all of her meats slow and low – the right way if you ask me. And in her carne burrito, the beef is a super tender and deeply flavorful preparation similar to what’s often called Ropa Vieja in Latin American cuisines. It was just so great, especially when eaten in burrito format. I still find it hard to believe that it’s possible to get such a spectacularly well-made burrito in Southern Norwalk, Connecticut for only $12. And I repeat, this was just a single burrito – on two plates.

So I think it’s safe to say, by the end of this meal we were stuffed. But Maria didn’t let us stop there. After touring us through the kitchen, she insisted that we take a slice of her Tres Leches Cake with us to go. And as if you couldn’t already guess, the single slice was both enormous and executed perfectly.

It was so insanely moist, just soaking in creamy, milky goodness. On top of all that, the whipped cream on top was homemade – which is always so so so much better than the disgraceful stuff you get out of a pressurized spray can. Maria, you spoiled us rotten – my stomach thanks you, but my waistline does not. I’ll forgive you. 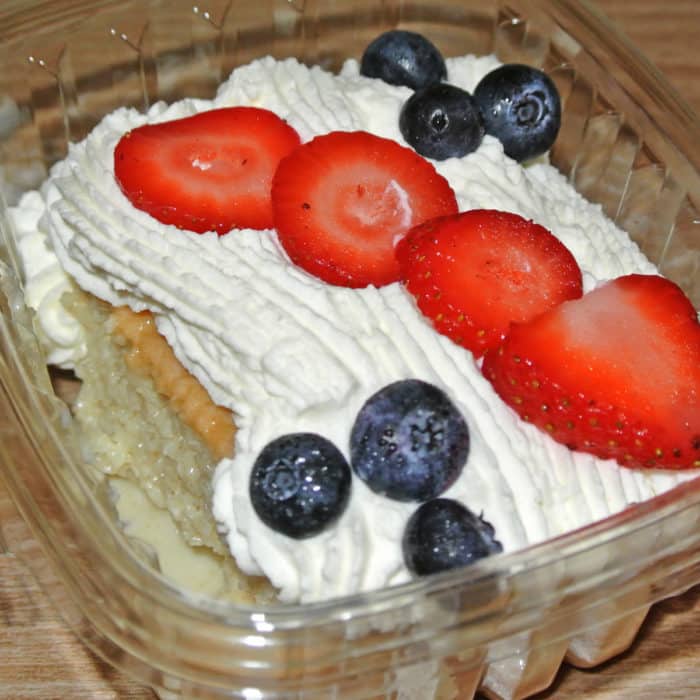 So I think it’s pretty clear that Amy and I were really impressed by every aspect of Rincon Taqueria. The portions were huge, the service super friendly, and the prices very reasonable. Even though the place may be a little hard to find, it’s totally worth the extra effort. I wish them all of the success in the world and hope Maria and her fantastic food becomes as world famous as it should be.