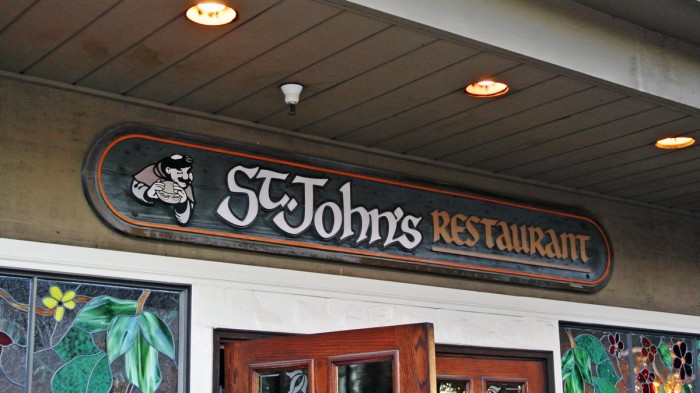 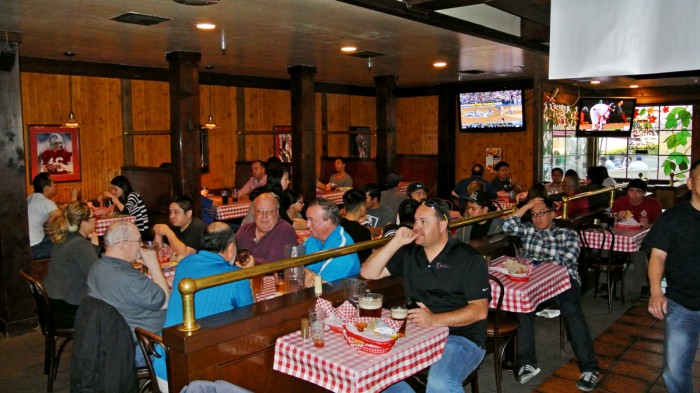 First and foremost, this is a bar. People come here to drink and drink hard while watching the big games. It’s the kind of place where, in my opinion, a beer or a straight whiskey are the best options. So, on my visit, I started off with some Woodford whiskey followed by a Speakeasy Lager on draft while I hung out and stuffed my face with deep fried goodies. 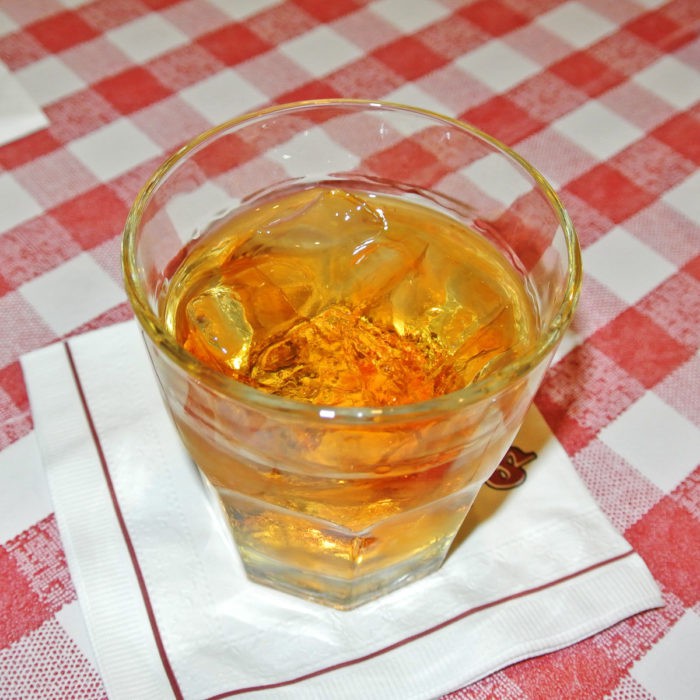 We also began with a few baskets of fries for the table. They were good for sure, but the dipping sauces were the part that made them particularly noteworthy. There were a number of sauce dispensers to choose from, but I’d recommend taking advantage of the Curry Ketchup option. It was bold, creamy, spicy, and flavorful and paired really well with the freshly made fries. ‘Murica, land of the sauce-covered deep-fried potatoes. 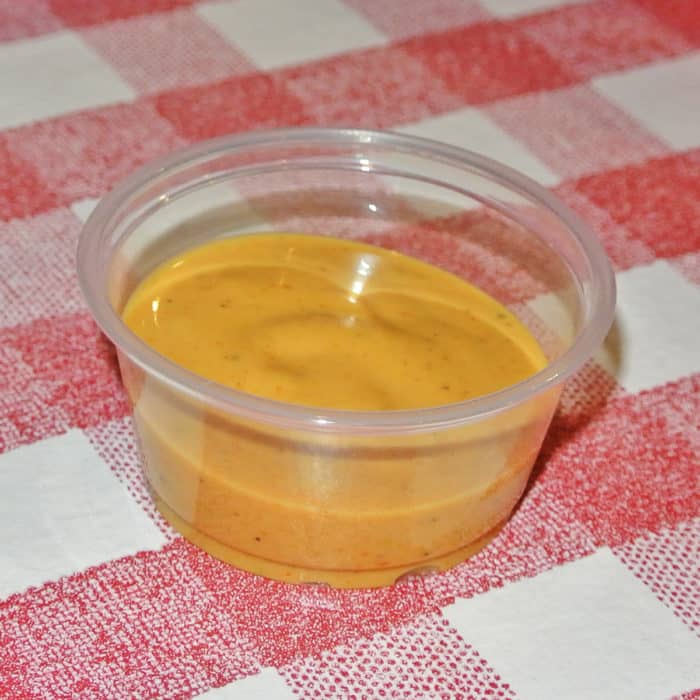 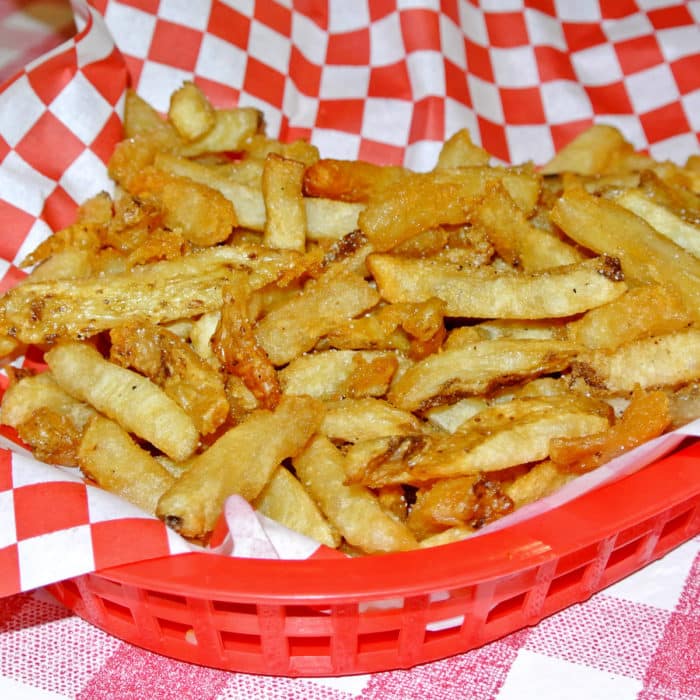 The next American bar-staple we consumed was Jalapeño Poppers. Heavily breaded and stuffed with processed cheese, these peppers kicked hard and represented this dish fairly accurately. I don’t think they were the best poppers I’ve ever had, but their simple, unfussy nature was comforting and made them a welcome addition to the table. ‘Murica, land of the deep-fried vegetables stuffed with fake cheese. 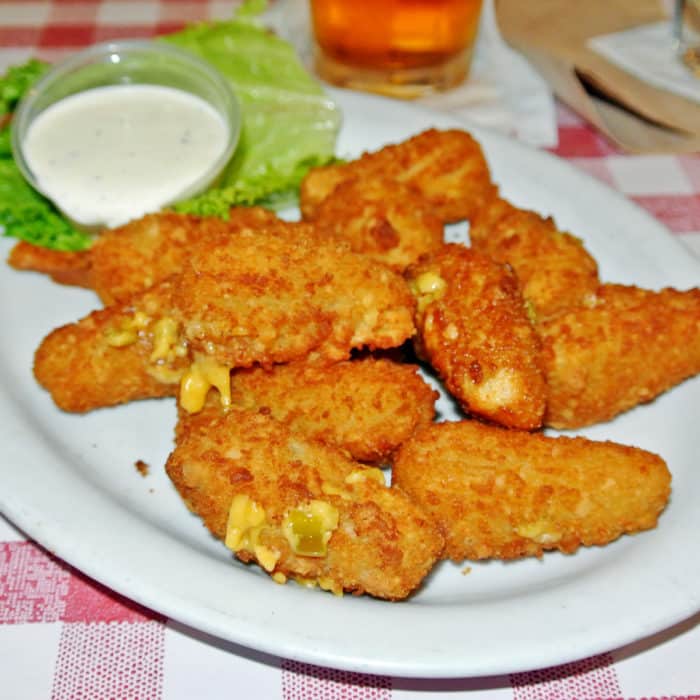 For my main dish, though I was tempted to have one of their delicious-looking flat-top griddled burgers, I threw caution to the wind and went for the riskier order, the Cajun Cheesesteak. Ordinarily, I try not to order cheesesteaks outside of Philly or without having the cheesesteak source vetted by others first. But, after a glance at the flat-top and whiff of the onion-drenched air, I knew I had a good feeling about this one.

The platter I was given came with a massive, no-frills, meaty, beefy, heavily cajun-spiced sandwich that was simply oozing with that glowing-yellow, artificial cheese sauce I love so much. I realize that cajun seasoning is a very non-traditional way to prepare a cheesesteak, but I thought it actually added a nice next twist to proven equation. The tender, crispy meat was plentiful and had a no-holds-barred flavor from the runny cheese and cajun seasoning mixture. I wouldn’t say the bread was particularly authentic to Philly’s Amoroso roll standards either, but it did the trick here. And in it’s perfect, no-frills fashion the beast was plopped right on top of a sealed bag of Lays potato chips. ‘Murica, we don’t even pretend to make our potato chips fresh. 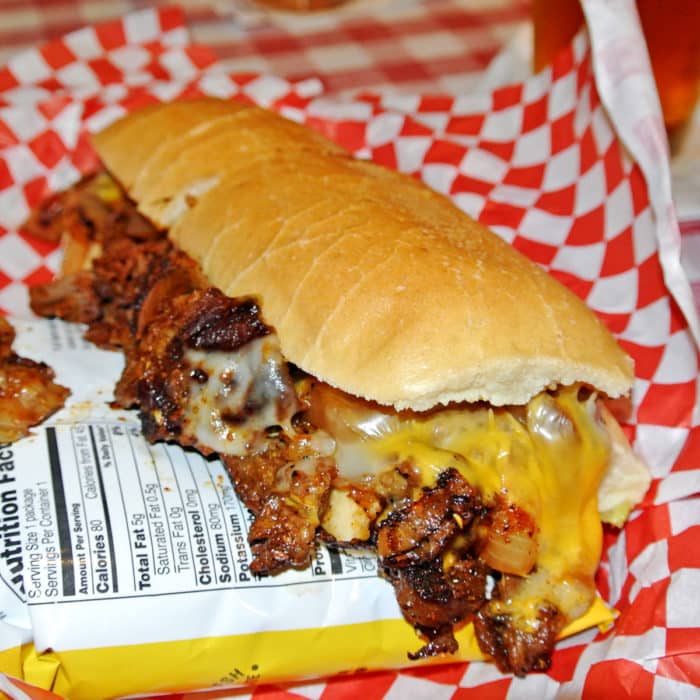 And last but not least I ordered a — hmmm — shall we say “fancier” version of French fries called Bacon Blue Cheese Fries. Unlike the standard fries, this heaping pile was smothered top to bottom with ice-cream scoop-sized dollops of sour cream, melty blue cheese, diced green onion, and crispy morsels of fried bacon bits. Not that it even needed it, but as you could have probably guessed I added plenty of curry ketchup to every bites as well. ‘Murica, where even fries smothered in sour cream, melted cheese, and bacon get dipped in more sauce.

So, yes, this meal was calorically excessive, but we can do what we want because we’re Americans. We’ll deep fry anything we want, even if we’re in Sunnyvale, California in the heart of Silicon Valley. This is what America was made for.

Got another great bar in Silicon Valley I should eat at? Let me know in the comments below.

The Best Hand Pulled Noodles in Chinatown are at Lam Zhou