By this point I think I’ve proven that I’m passionate about ramen. My time in NYC has given me plenty of opportunities to learn what I love and what makes a great bowl. So now that I’m spending most of my time in Silicon Valley, there’s no reason not to hunt for that perfect bowl out here as well.

Since I’m working in Sunnyvale and Mountain View is a short eight minute drive from the office, that always seems like an obvious and easy choice for a post-work meal. Feeling a bit ill and in need of a great bowl of curative soup, I decided to find a good ramen joint in town. After a bit of research, I decided on a shop called Maru Ichi which sounded like it would serve exactly what I needed.

It was a pretty spacious shop compared to the literal hole-in-the-walls I’m accustomed to dining at in NYC. It wasn’t decorated particularly well, but let’s be honest, I was here for the food, not the ambiance. The servers quickly seated us in the mostly full restaurant and took our order shortly thereafter. 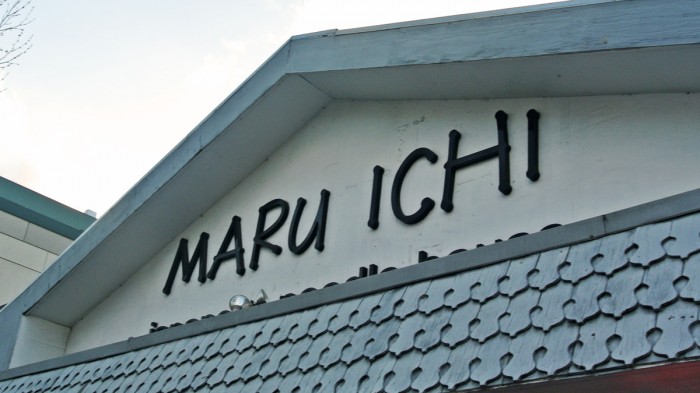 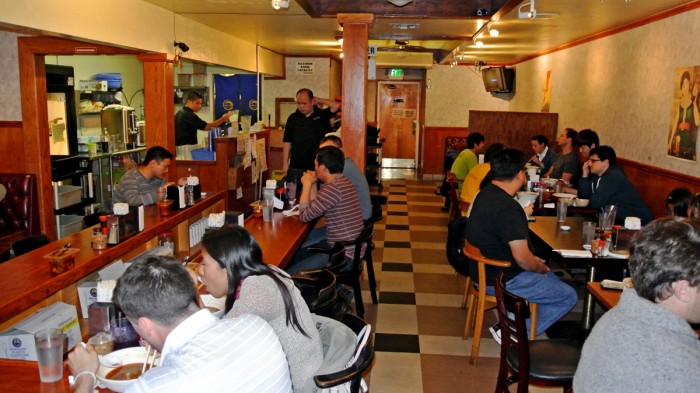 I decided to start with some hot sake because, well, I love sake and I could kind of justify it as a beverage capable of soothing my sore throat. It’s a stretch, I know, but I do what I want. It was your standard hot sake and came out piping hot and helped melt away the workday stress.

On the table, next to all of the usual ramen toppings and condiments, I noticed something that seemed kind of out of place at a Japanese ramen joint, kimchi. This Korean item is not something you often see in Japanese restaurants and is something I would ordinarily avoid in this setting, but couldn’t resist giving it a shot for pure curiosity’s sake.

Sure enough it was actually really great kimchi. It had all of the right sour and spicy flavor notes I look for in this Korean staple and found it to be a surprisingly nice way to kick off the meal. 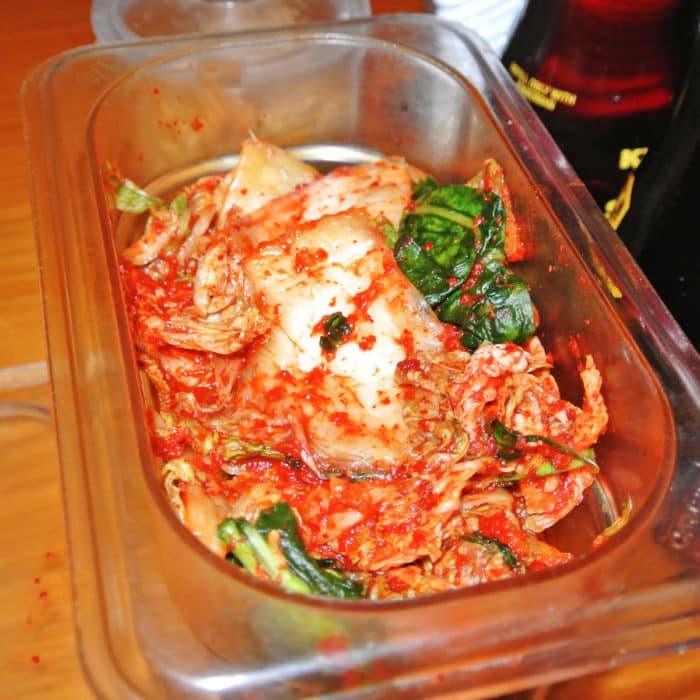 Using my ramen-ya experience to guide me, I ordered the Fried Chicken side as an appetizer for my coworker and I to begin with. If you’re not an experienced ramen diner, this might sound like a strange pick, but the dish more formally known as Karaage is a staple appetizer at a place like this, so I had a good feeling about this decision. And I wasn’t wrong.

What arrived was a massive bowl of freshly breaded and deep-fried, tender, crispy, juicy boneless chicken meat. And the portion was way bigger than what I’m used to getting at a place like this, not that I’m complaining. It was actually some of the best karaage, or for that matter, any kind of fried chicken I’ve ever had. The only thing I would have liked added is some of the sticky sweet brown sauce that’s usually drizzled over top. 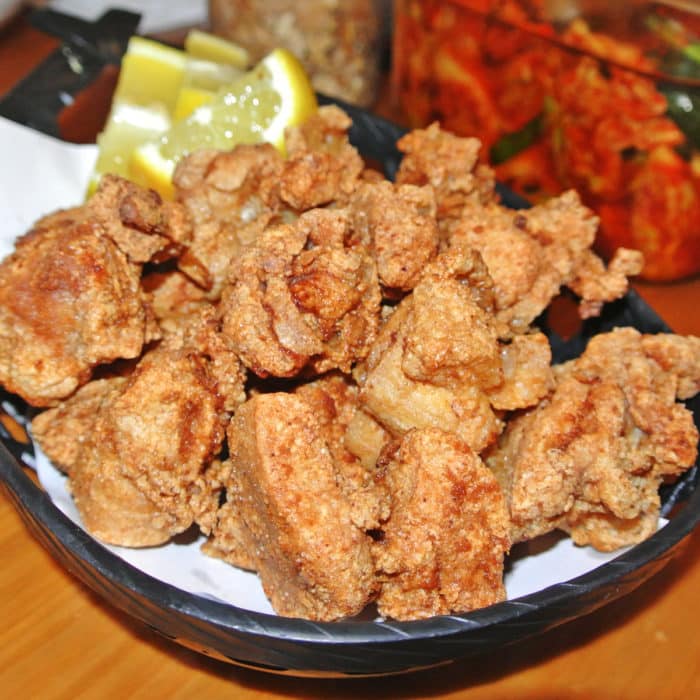 For my main, I decided to go big or go home. I had heard that their Kuro Ramen made with black garlic oil was the house specialty. But, I had also noticed that their Maruichi Ramen Special could be made with the Kuro Ramen broth as a base with a ton of other awesome stuff loaded on top. Sold.

This bowl had all of the Kuro Ramen ingredients including thin noodles, a soft-boiled egg, mushrooms known as kikurage, bean sprouts, seaweed, char siu pork slices, green onion, seaweed, and black garlic oil along with the deluxe additions of mentaiko (cod roe) and a massive hunk of stewed pork called kakuni.

And I’ve gotta say, I was pretty impressed. Every element, from the rich, flavorful, garlicky broth to the chewy, al dente noodles, to the ridiculously huge hunk of tender, fatty, meaty pork was incredible. I don’t think I could taste much influence from the dollop of mentaiko and will probably order the bowl without the pointless and distracting bean sprouts next time, but I was really happy and even pretty astounded by this bowl of ramen.

So, with all that being said, I’ve found another cheap, delicious gem in Silicon Valley at Maru Ichi in Mountain View. Everything from the fried chicken to the ramen to the curiously out of place kimchi was excellent and I look forward to returning soon.

Got another great spot for Asian soup in Silicon Valley? Let me know in the comments below.